Find out the best time to visit Kuwait

It is absolutely essential for travelers to know the best time to visit Kuwait before they plan to visit this wonderful country. The best time to visit any country depends on various factors, which is your purpose of the visit – sightseeing, the outdoor activities you are looking for such as shopping, etc., as well as your vacation budget.

For the sake of convenience and making advance bookings, remember that the high season for visiting Kuwait is the months from November to March while the low seasons are from April to September. With its desert climate, visiting Kuwait in the summer months, that is, in the months from April to September is not recommended. Sun during these very hot months and may cause sunstroke, sunburn or severe dehydration.
However, if a trip to Kuwait during these months is imperative, make sure that you keep you away from the very high temperatures and the hot sun during the day. One should think about roaming in shopping centers and air-conditioned markets for sightseeing and shopping, and choose to check other sights in Kuwait during the early morning or late evening.

People, cycling and golf will keep you entertained throughout your trip. Sailing and diving are popular activities in Kuwait. Boating is one of the most memorable activities. During winters, horse riding clubs like the Hunting and Equestrian Club thrive and attract a number of tourists in the country. So there are a lot of fun activities full of fun

The best time to visit Kuwait in terms of seasons

Winter, from December to February, mild:

Spring from February to April

In the spring, the weather is nice and sunny. The temperature rises quickly, and already in April it reaches about 33 ° C (92 ° F). The winds from the Arabian desert can raise the temperature and bring sandstorms in early April that can exceed 40 degrees Celsius (104 degrees Fahrenheit), while in May it can exceed 45 degrees Celsius (113 degrees Fahrenheit). The best time to visit Kuwait is a month February, where during this time Kuwait enjoys a wonderful atmosphere alongside the Hala February Festival
Where Kuwait celebrates Independence and Liberation Day 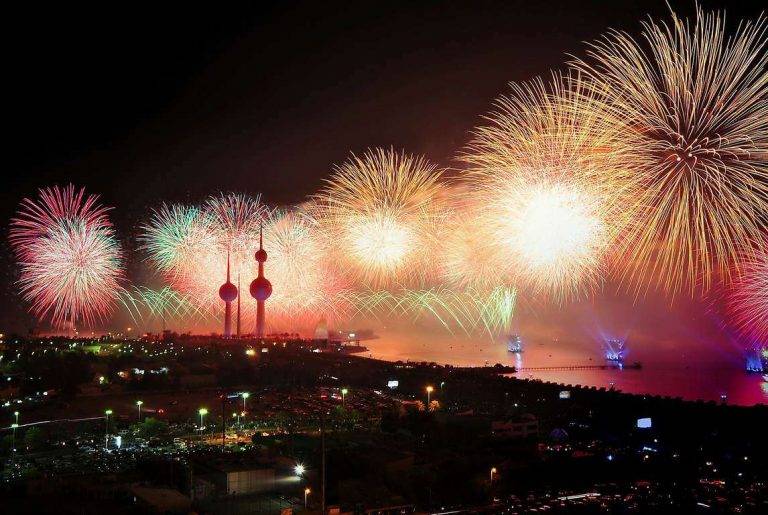 Summer from May to September

Summer in Kuwait is very hot and windy. The prevailing wind blows from the inside, so the effect of the sea is minimal. From June to August, the temperature is usually around 45/46 ° C (112/115 ° F) during the day and about 29/30 ° C (84/87 ° F) at night.
High temperatures are around 52/53 ° C (125/127 ° F). Relative humidity is very low (often less than 10%), and in combination with the wind, it can cause dehydration. Fortunately, public buildings and hotels are equipped with air conditioning
Since they receive wind from the continent, the small island of Failaka is usually hot and dry as well, but sometimes it can be wet, especially in September and October, on days when the winds have cooled down a bit.

Fall from October to November

In autumn, it is still hot and sunny in October, while during November the temperature drops below 30 ° C (86 ° F).

Here is a list of the best cheap gifts from Dubai