Gansu, the cave province of China

Gansu Province is a county located in the west of the country in the People’s Republic of China and its capital Lan Lan. This province includes a corridor of the same name known as the Gansu Corridor, which was historically the most important trade corridor in northern China on the Northern Silk Road. It also lies between the Tibetan plateau and Los. The Yellow River passes through the southern part of the province. Gansu covers an area of ​​425,800 square kilometers. Its capital is located in the southeastern part of the province. This province has a long history, as Gansu was the host of Neolithic cultures in prehistoric times. Dadiwan culture flourished in it, as important artifacts were excavated and excavated on the eastern end of Gansu from about 6000 BC to about 3000 BC. The Magaya culture and part of the Kijia culture were also established in Gansu from 3100 B.C. to 2700 B.C. and 2400 B.C. to 1900 B.C., respectively. Also, that province stands in the middle of the desert in one of the most remote places in China, but it is one of the wonderful places through which you can see the end of the Great Wall of China, to see how Buddhism spread throughout Asia.

Tourism in the Chinese province of Gansu
Sand Dunes and Landscape
The arid landscape of Gansu Province originates from flat wetlands in the desert to a summit of 5,500 meters in the Killian Mountains in the southern part of the province. Where a narrow valley is located on both sides of the dry hills and is known as the Hexi Pass and is located west of the Yellow River. In the Gansu list you should see landscapes such as the Red Mercury Park, and the Yellow River to a dam near Linksia that will reach the small sharp gray hills, as well as see sand dunes, where particles fly through the western winds, to the ocean of sandy mountains in the Taklamakan Desert Which extends over a large area. 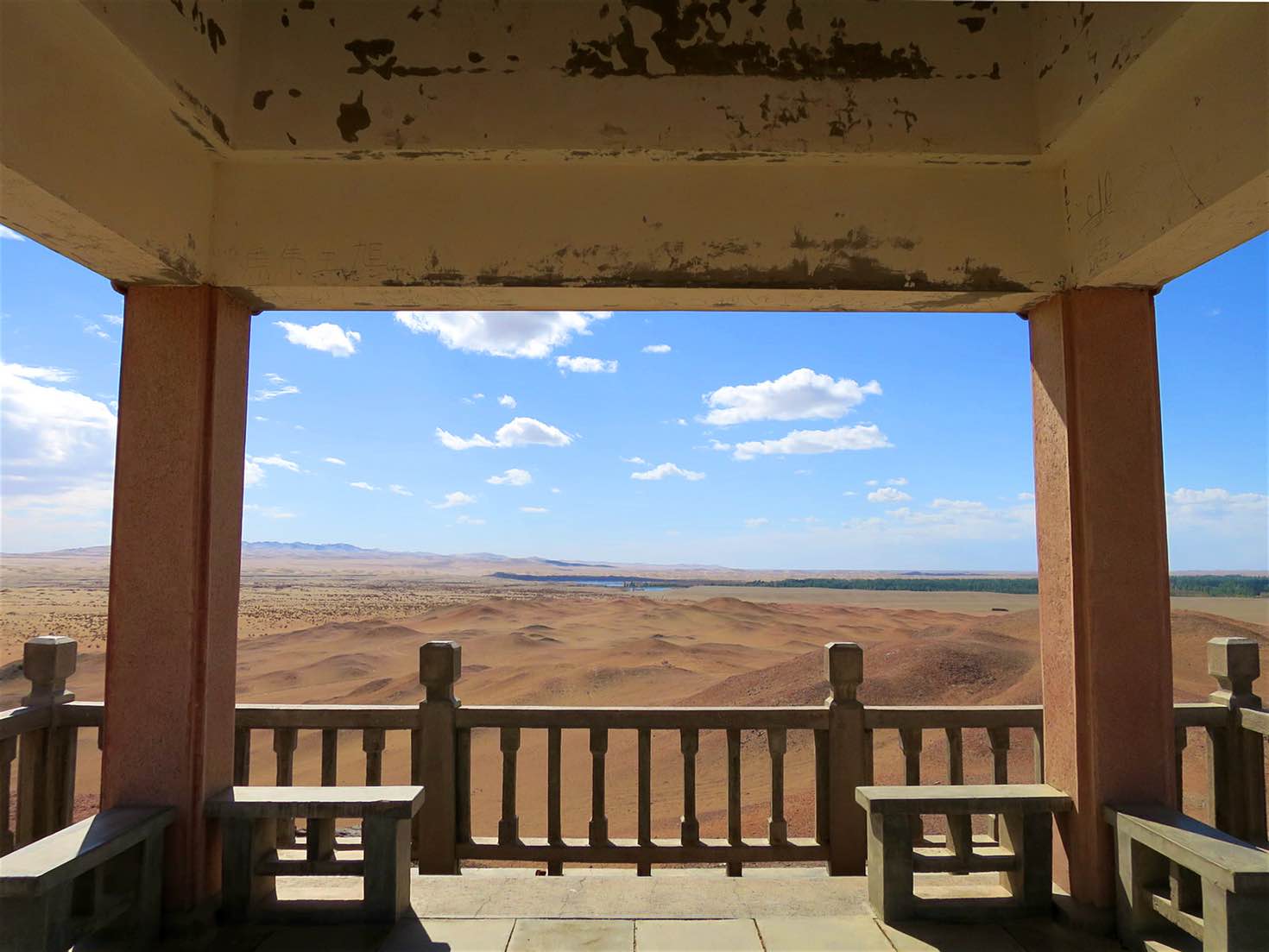 Sand Dunes and Landscape
In addition to the multicolored clay hills called rainbows. As it has a mixture of orange, red, yellow and blue in several fiery layers such as sunset, over the past few years, a new infrastructure has been created in the region, including wooden corridors and fences that facilitate visitors to move around and protect this sensitive geology from any harmful impact that occurs to it. You can arrive early in the place to see the horizons in the light of dawn as it has a wonderful and dazzling view that does not recur, and you should bring a jacket in the event of strong snow, even in late spring. 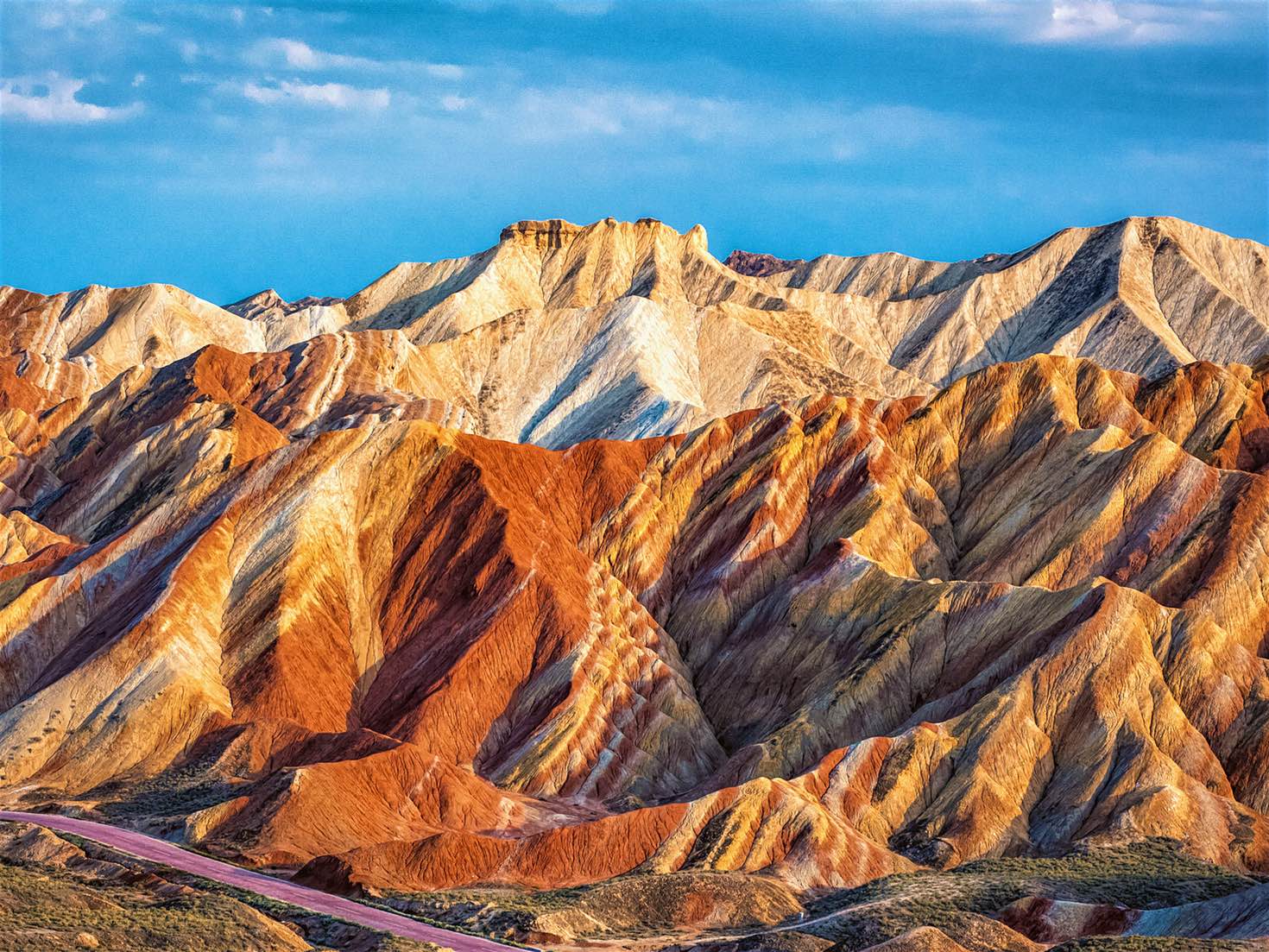 Sand Dunes and Landscape
There are also a lot of strange, rock formations located in Yadan National Park, approximately 200 kilometers across a flat layer of dust from Dunhuang. Then a mirage-like fleet of strange brown shapes appears, as these strange eroding rocks rise at a dramatic end as a cinematic masterpiece. To reach that amazing place, you must pass the end of the Great Wall of China through the Jade Gate Corridor, which is made up of clay remains dating back to the Han dynasty. 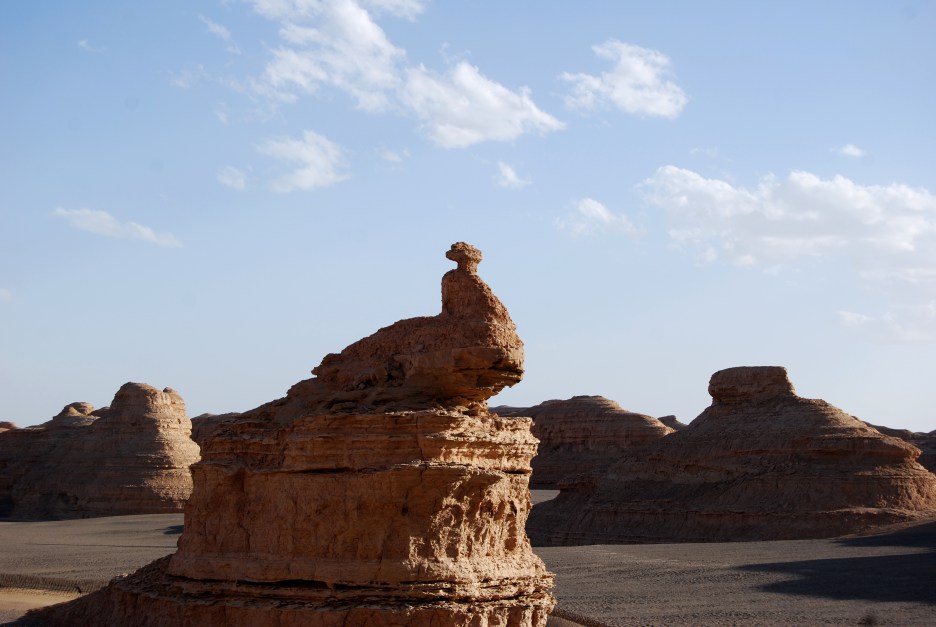 Sand Dunes and Landscape
Food in Fansu Province
One of the most well-known meals spread in Gansu Province is the noodle, which is made from a rubber paste that is pulled manually to prepare it and it is spread and liked all over China from Beijing to the small cities in Zhejiang Province, you will find in Gansu several restaurants that offer this meal and some restaurants run by at least a family and they By selling these delicious noodles where they are prepared with high professionalism. They are prepared by cooking experts where they are prepared by pulling them by hand over and over again. They are cooled and then retracted again and then cut up to extend from the chef's hands like liquid, they are similar to spaghetti curiosities, and in most of the the demand This meal is prepared with beef broth, with peppers and herbs added. 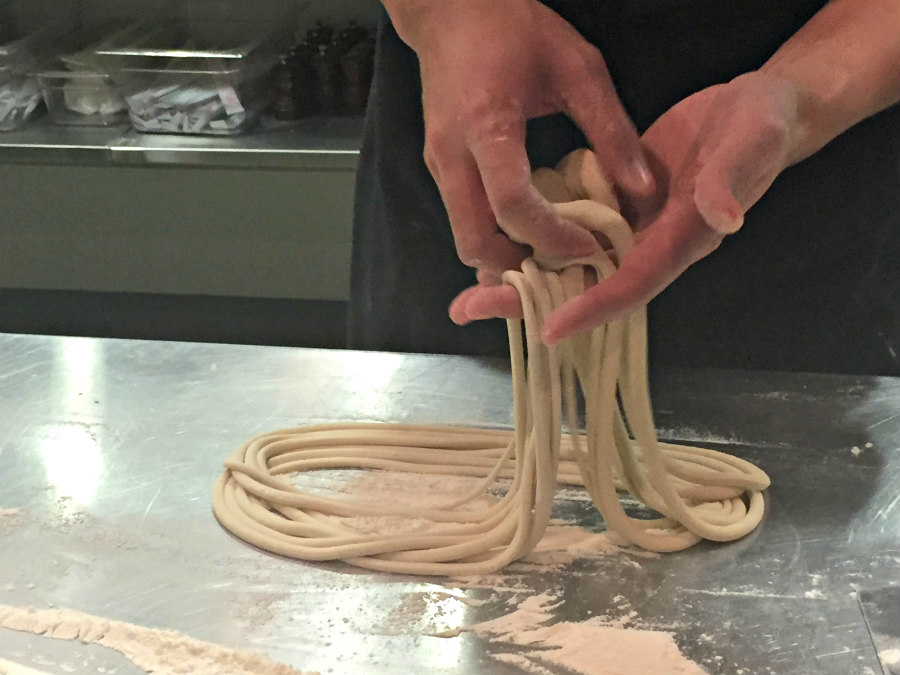 Dishes of noodles
It is not difficult to find a place to savor this delicious pasta, as there are small restaurants on almost every corner of the street in Gansu. They will sell you a bowl of them that has been freshly prepared at the lowest price, so you should not miss eating and tasting a delicious pasta dish with meat broth and in the capital because the atmosphere varies in the culture of food. Where red tent markets dot the narrow streets, pedestrians compete for meals between the stalls of street vendors, as street chefs offer flavored grilled meat and charcoal grilled vegetables, fresh french fries, and more offers that some may not love but love and prefer others like Sheep heads cooked. 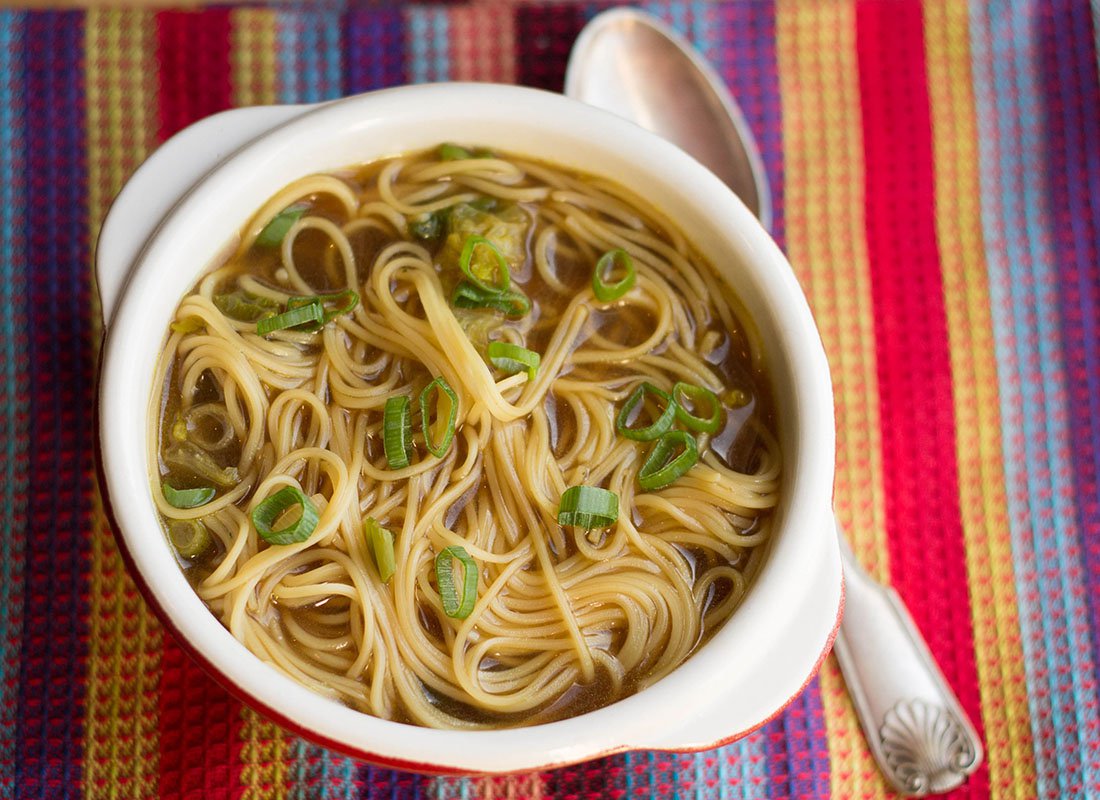 Dishes of noodles
Caves
The caves are the most visible sign of the legacy of the Silk Road in Gansu. These caves include a series of major Buddha statues as the caves extend from the Hexi Corridor line from the Xinjiang border all the way down to Xi'an. Besides the Silk Road, Buddhism was the main and permanent commodity traded on this road. Where he brought ancient travelers texts and ideologies with them from India, and create monasteries along the corridors across the Himalayas. The more they moved to the east, the more Indian traditions mingled with local Chinese folk religions, resulting in an impressive array of colorful and simultaneous familiar and unique gods. 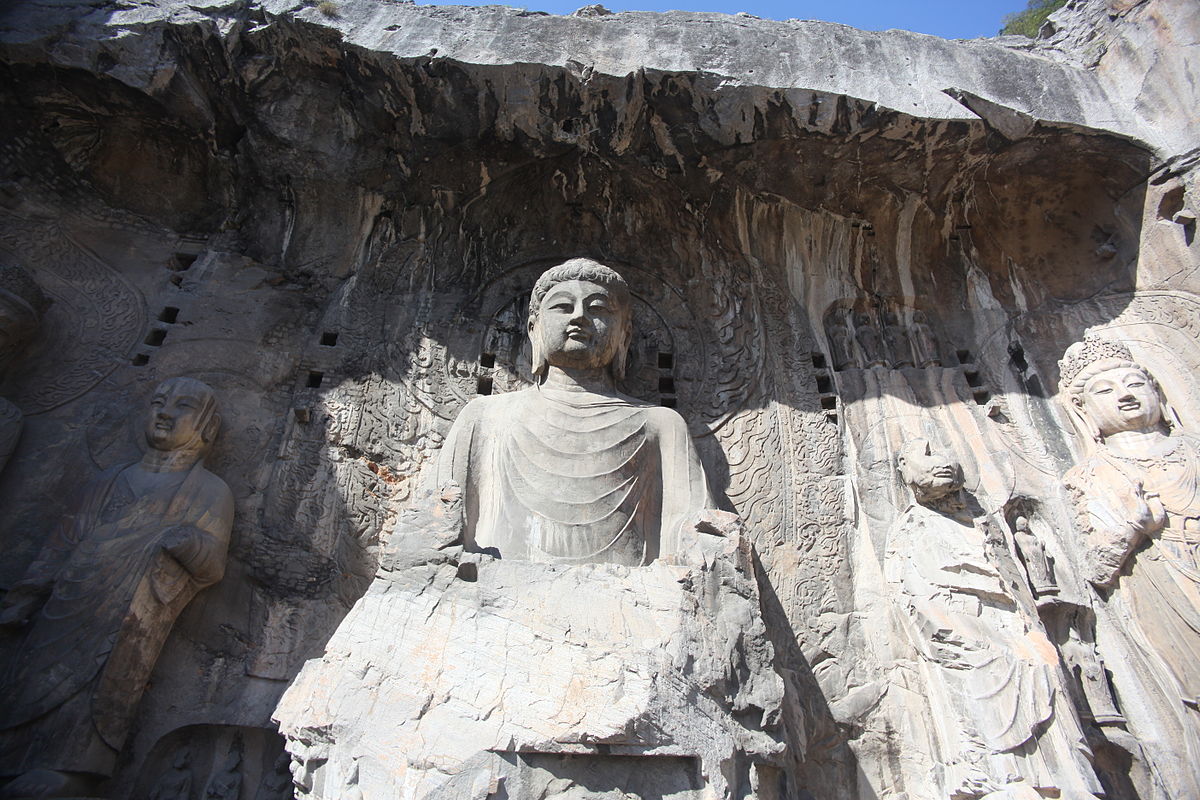 Caves
You should not miss the opportunity to see these statues as they are giant sculptures carved in the rocks that show magnificently because of their distinctive and professional design in making them despite the difficulty of that, and the caves are linked by scaffolding in transit. We also find rainbow chains of prayer flags placed together in a narrow place in the grotto of the caves, even in the mountains. In the southern part of Gansu, the Labrang Monastery is the largest Buddhist monastery located outside the Tibet region, where travelers can join pilgrims performing their prostration while walking the Kura circle and running the prayer wheels. The high-altitude Langmuse village on the Sichuan border also provides a glimpse into real Tibetan life in cafes and temples. 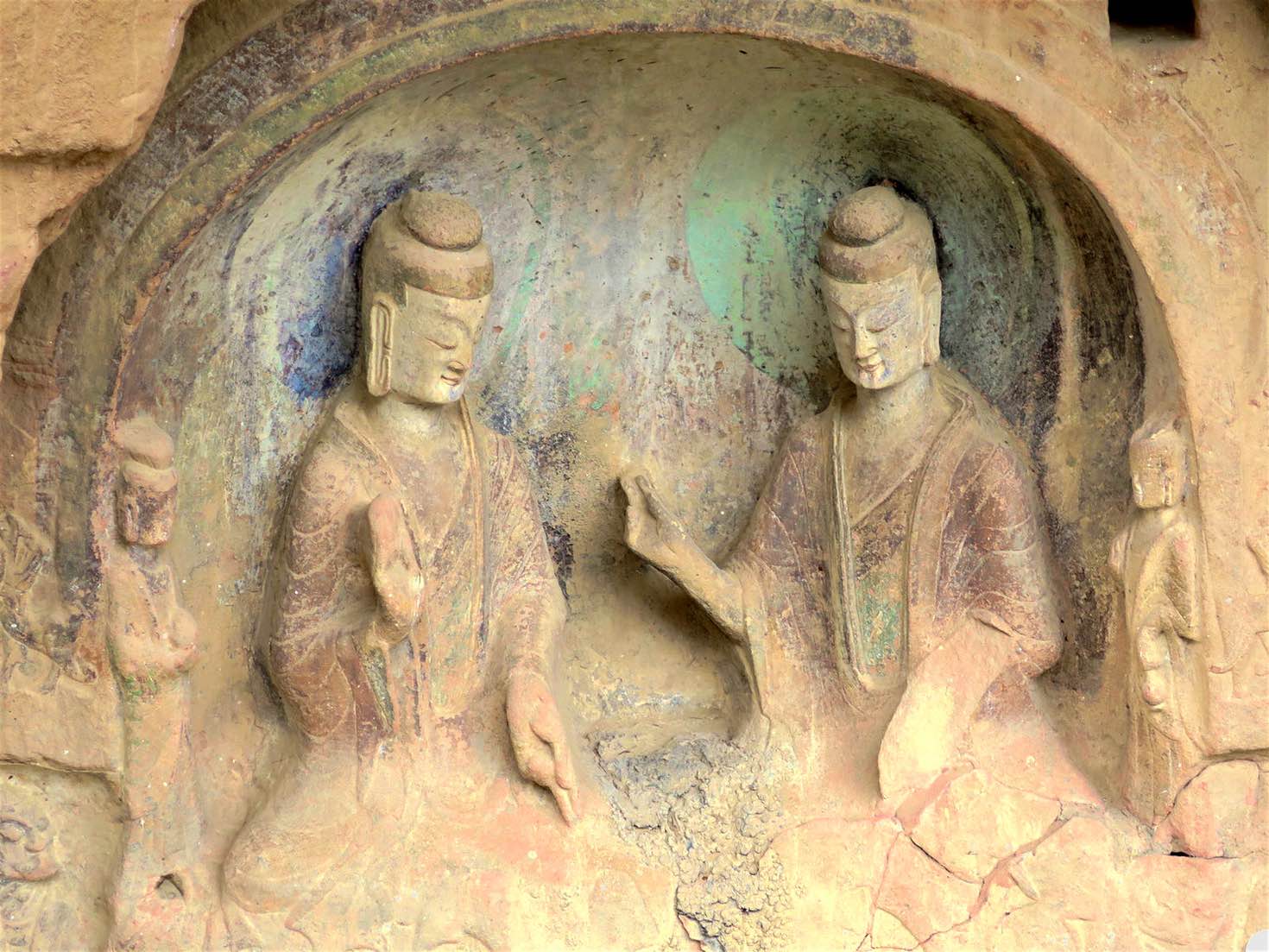 Caves
Desert train
Getting around Gansu is a surprising and enjoyable experience, and although there are many rugged buses that still exist in this part of China, there are links of new high-speed rail and upgraded services where you can move in more comfort , Or on a shorter itinerary. By riding the train, you can see many of the most charming and beautiful natural scenery in Gansu Province, including the beautiful desert places when snow falls on it and on the plains and plateaus, making it a wonderful area that appears with a breathtaking view. 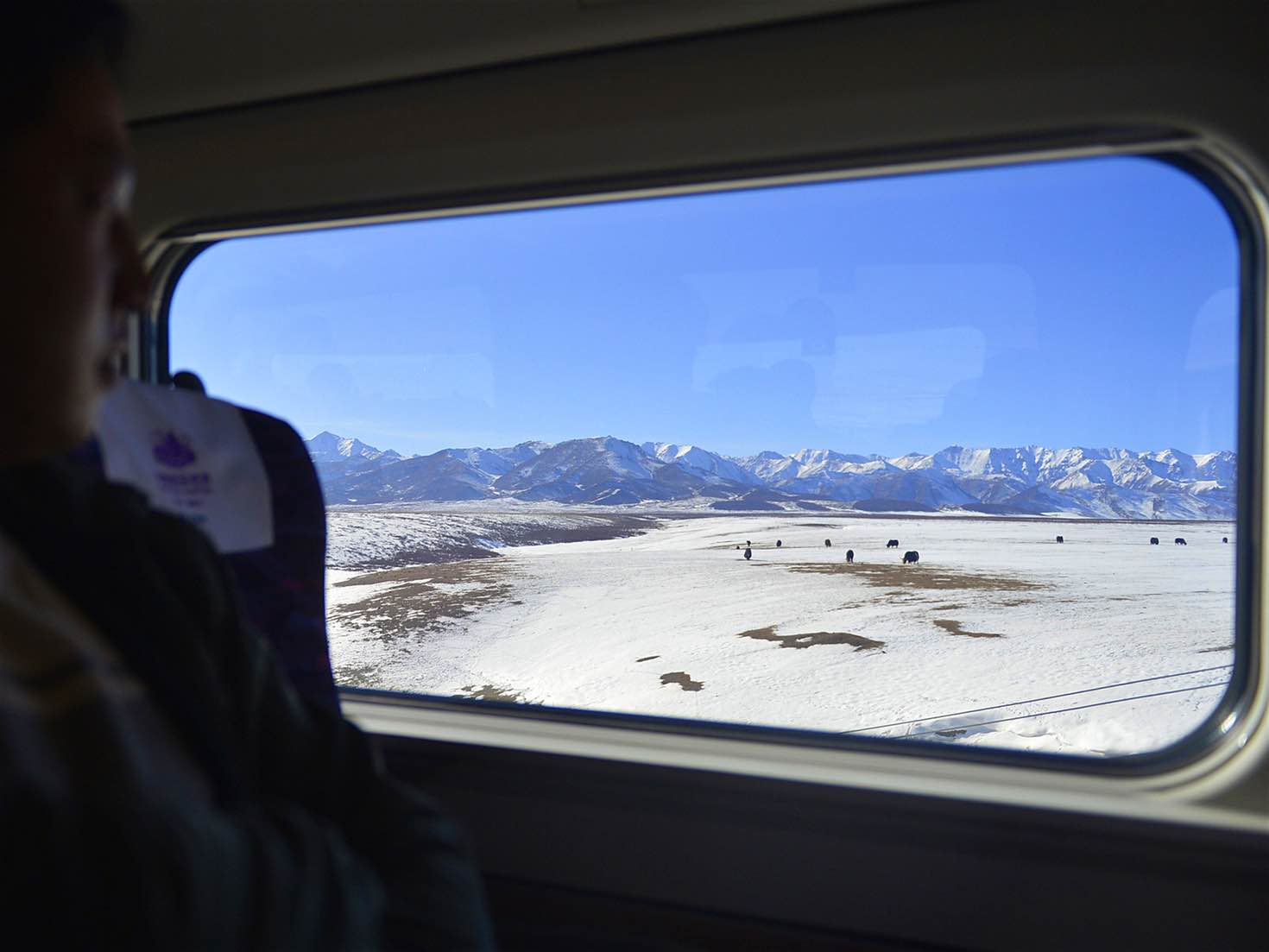 Desert train
Gansu Province is one of the places that are not widely known to many tourists, yet it receives many of them from all over the world, it is a wonderful place worth visiting.
Moved moved

The most important and famous markets in New York