Kasos is located in the southernmost region of the eastern Aegean Sea between Crete and Karpathos. It has an area of ​​64 square kilometers, and includes 50 km of the seashore line. The island is characterized by its mountainous and rocky land with few arable areas. Visitors to the mountains of the island are accepted to find rare wildflowers and many types of birds. Cassos has a mild weather and healthy climate. 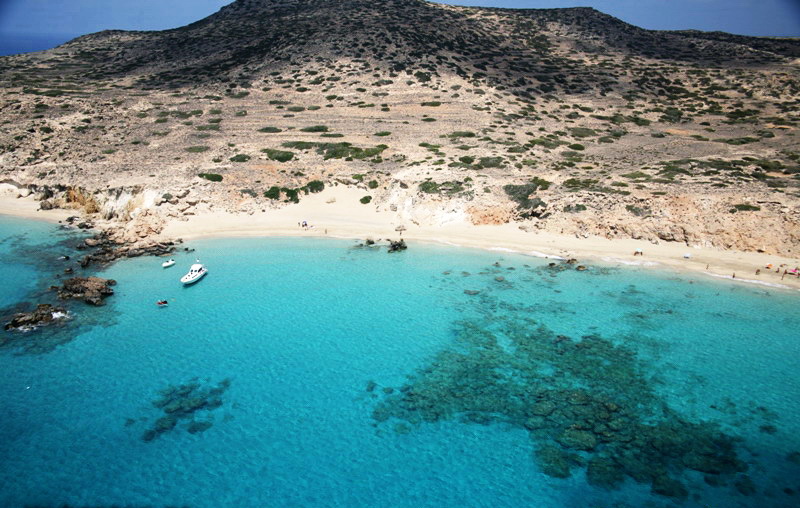 The Cassos coast is full of wonderful beaches to suit all visitors’ tastes and habits. The island includes some idyllic rocks, others with sand and gravel. There are hundreds of churches on the island, both small and large, that are scattered among homes on the whole island.
All cuisine is special, as you find most of the cuisine from the eastern Mediterranean. While chicken or turkey is used for special occasions. The island is known for its “paspara” meal (rice, onions, liver, spices, tomatoes, etc.).
Geography 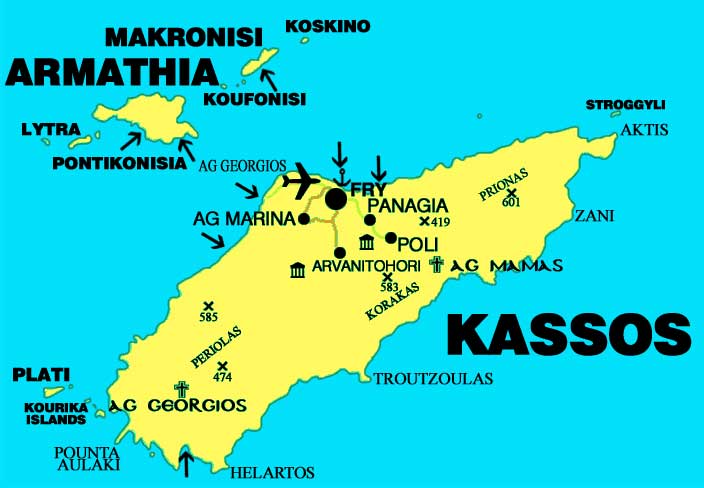 Kasos, is an island in the south in the Dodecanese and is one of the closest islands to Crete, as it is characterized by the isolationist chain between Asia Minor and Crete. Cassos comes in an oval shape similar to Rhodes Island. It is the main island due to its surface span of about 49 square kilometers (19 square miles), 17 kilometers (11 miles) and a size of 6 kilometers (4 miles). It is a very mountainous island, including its highest mountain levels, which rise about 550 meters. There is fresh water on the island. 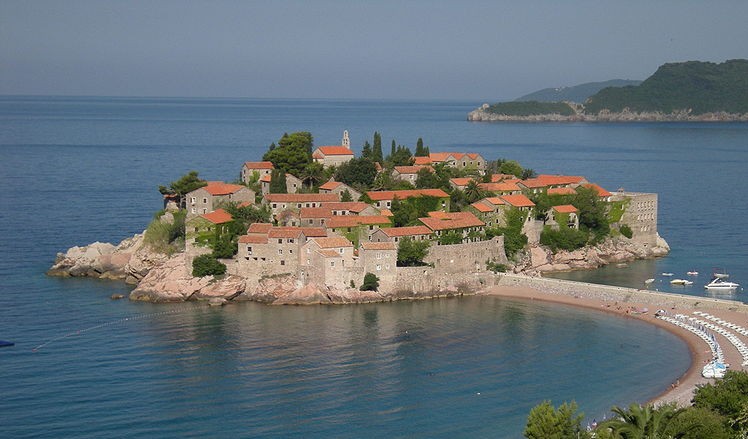 Kasos municipality includes several uninhabited islands abroad, the largest of which are Armathia and Makronisi. It has a total area of ​​69,464 square kilometers (26,820 sq mi). It also has five villages, Fray (357), Agia Marina (444), Panagia (34), Poli (80), and Arvanitochori (169). Fray is the capital and home to the island’s harbor, Agia Marina is the most populous village. The airport is located near Fray. 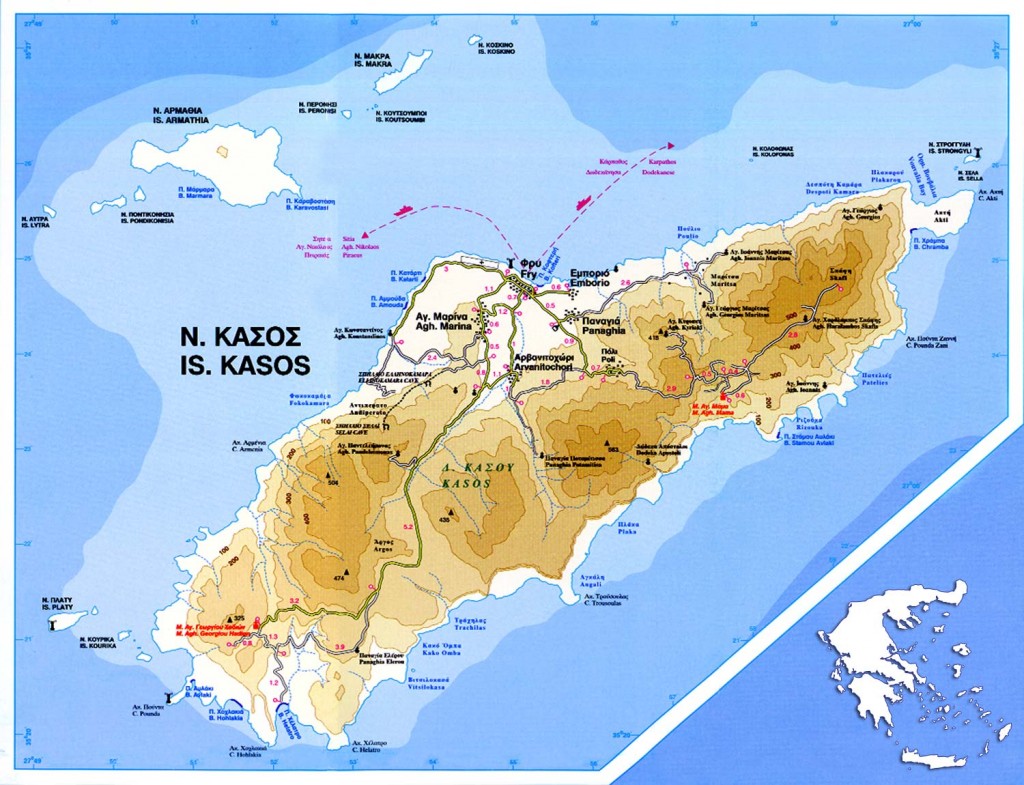 In ancient times, Cassos (then known as Amphie, Astrabe, most commonly known as Achnis) was used as a safe haven for Palestinians. The first known settlements were the Minoan and the Messianic. According to Homer, Cassos contributed ships to the Trojan war. During classical antiquity, Cassos traced the history of nearby Carpathos. In the Middle Ages, along with Karpathos, Cassos of the Venetian family Cornaro was exposed from 1306 until 1537, after which Cassus was opened by the Ottoman Turks. 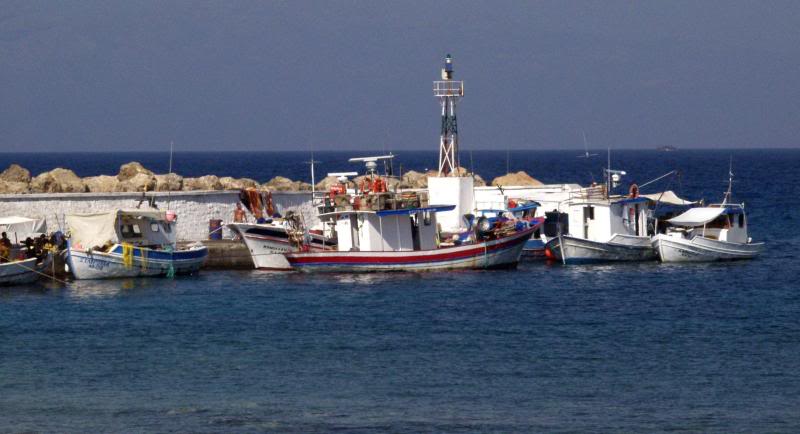 Cassos was the first island to declare independence during the Greek Revolution and which it supported with the fleet of ships. In 1824, Muhammad Ali Pasha was from Egypt, angry with the Kasiots, while he sent his fleet to the island. The Egyptian fleet annexed the entire island and killed most of the population.
Cassos’ economy is still largely based on shipping. And the introduction of steam ships to make the shipyard “Cassus” (which produces wooden sailing ships) and which are redundant and whose economy suffers. So starting in the second half of the 19th century, many Cassos migrated, initially to Egypt (about 5,000 people), then to Istanbul, Greece, the USA and South Africa. By 1920, about 2,300 houses were built on the island. 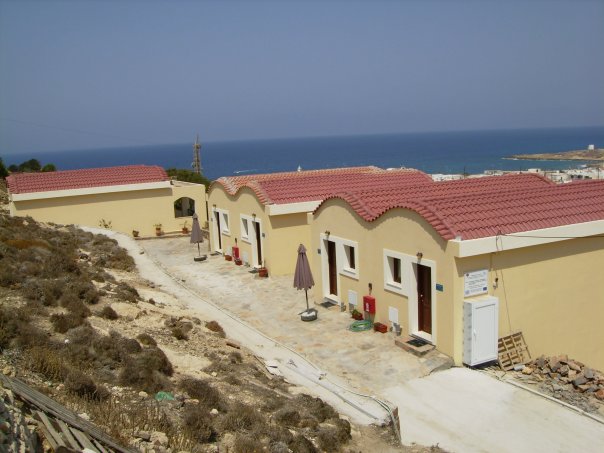 On May 12, 1912, during the Italian-Turkish war of 1911-1912, and after the so-called “Battle of Cassos” that took place on January 29, 1912, the island was occupied by sailors by the Italian royal fleet of the ship Regina Elena. With the Treaty of Lausanne in 1923, and Cassus joined the other islands of the Dodecanese in the Italian estate of the Italian Aegean islands, and Italy was ceded to Greece with the Paris Peace Treaties in 1947. The island formally joined the Kingdom of Greece on March 7, 1948 along with the other Dodecanese Islands.

Cassos stands between Crete and Karpathos, and boasts natural beaches rich in scenery. Kasos offers tourist facilities for visitors who want to spend their holidays relaxing and calming. There are booming businesses. Kasos is located west of the Dodecanese island between Crete and Karpathos, and has the main town and port of Fray and other villages on the island Arvanitohori, Panagia, Emporios and Polje. When a visitor arrives on Cassos, he begins to enjoy all the attractions of the island including the nightlife, nightclubs and music with its strong character. There are cafes and bars that offer snacks and places to play modern music, where young people can dance and have a drink. There is a youth sports center on the island, which includes 5 halls for events and uses the same facilities to host various events such as painting, photography and folk art exhibitions.
Various pictures of the island of Cassos 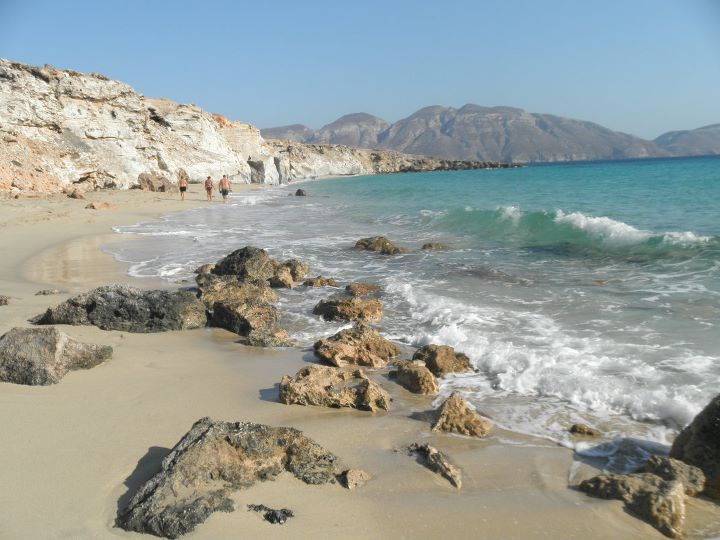 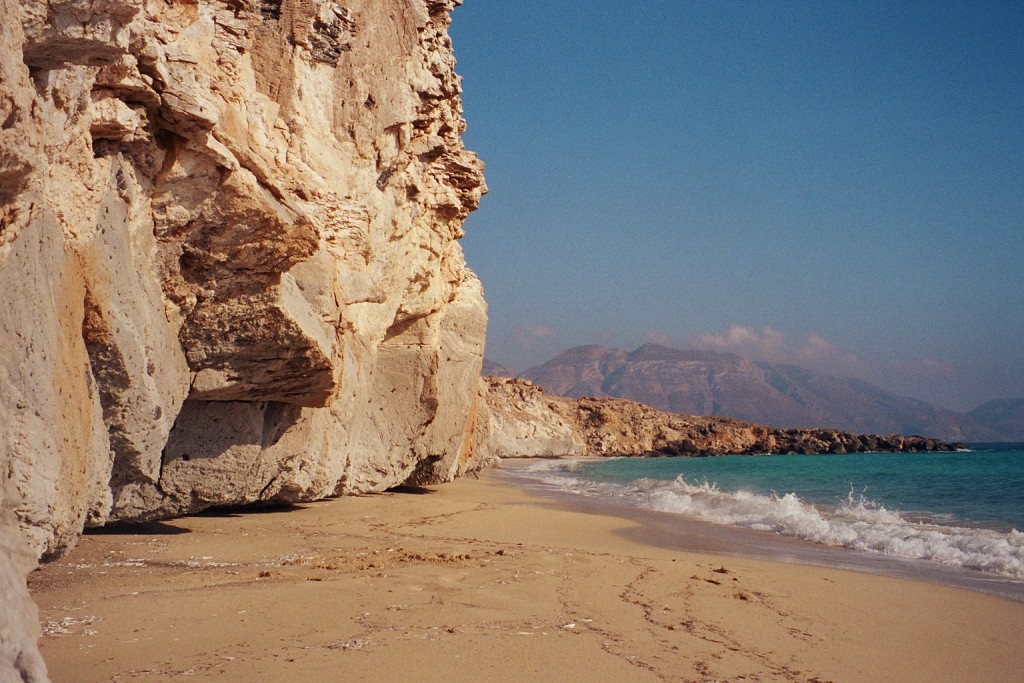 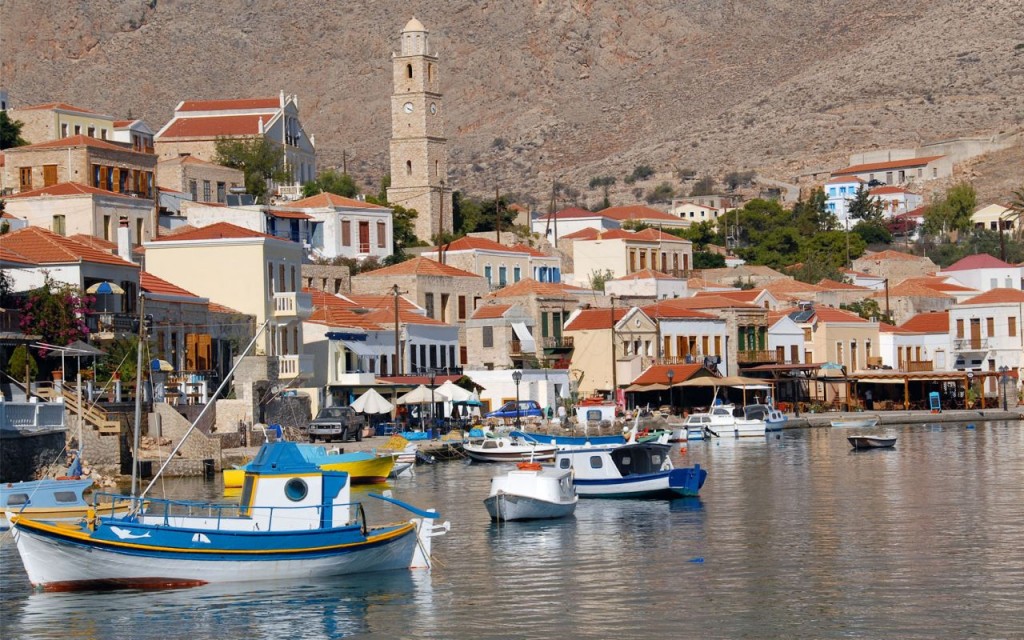 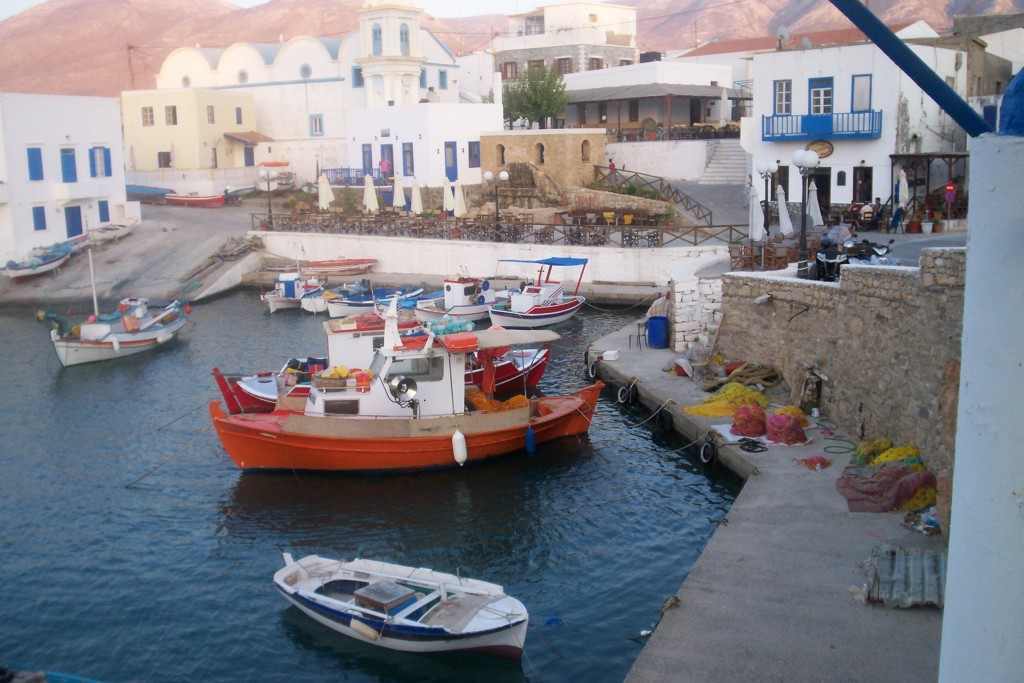 Learn about the best popular dishes in Djibouti