Gran Canaria is the most beautiful canary island

Gran Canaria or Greater Canaria, is a volcanic island that belongs to Spain and is one of the most famous tourist islands in Spain, and is the third largest island in the archipelago of the Canaries. The island is located to the southeast of the island of Tenerife and is the largest of the Canaries. Charming and quiet valleys, as it contains a lot of tourist beaches, shopping malls and shops, and the most famous beaches of Gran Canaria is the sandy beach of Playa de las Canteras, which stretches for a distance of 3 km and is lined with many cafes and restaurants.

Are you planning to go on a tourist trip to Gran Canaria in the near future? Here’s all the information you need to know to plan a great tour of Gran Canaria:

Transportation you can use in Gran Canaria:

In order to reach the tourist attractions of Gran Canaria, most of which are concentrated on the south coast of the island, you will need to use transportation and you can use one of the following transportation:

To reach the southern coast of Gran Canaria, you can take public buses with the numbers 66, 91 and 90.

The bus with the number 91 starts its itinerary from the island’s capital, Las Palmas, then stops at the airport, and then continues its route to Playa del Cura Beach, as well as the tourist resorts “Puerto Rico”, “Amadores”.

Places to visit while you are in Gran Canaria:

Las Palmas, the capital of the island, which is a large commercial center, port and home to many luxury tourist resorts, and the city contains many famous historical and tourist attractions including the “Jardín Botánico Canario Viera y Clavijo” botanical garden, Las Palmas Cathedral, Museo Néstor Museum ”

The old town “Vegueta” in Las Palmas province, which is home to many historical buildings and tourist attractions, including the “Casa de Colón” house, which dates back to the fifteenth century and is the governor’s residence, and the sandy beach of Playa de las Canteras.

The town of Tejeda in the province of Las Palmas contains many wonderful tourist restaurants.

The most popular beach resort areas in Gran Canaria:

The “Maspalomas” area, also known as the “Costa Canaria” resort, is a huge resort located on the southern coast of the island.

The “Playa del Inglés” area is one of the great and famous holiday resorts in Gran Canaria.

Puerto Rico, located in the west of the Maspalomas resort, is well-known for being one of the best family resorts in Gran Canaria.

Puerto de Mogán, one of the popular fishing villages of Gran Canaria, is one of the favorite tourist destinations for island visitors.

The most popular shopping destinations in Gran Canaria:

The most famous shopping centers: “Las Terrazas”, “La Estrella”, “El Mirador” which is the largest shopping center in the Canary Islands and is located between Tilde and Las Palmas.

The climate of the Canary Islands is considered one of the best in the world, as it is dry and temperate throughout the year, and rarely witnesses noticeable changes in temperature. Gran Canaria is characterized by its warm and moderate weather during the winter period, especially the southwestern region of the island, which is warmer and away from the winter winds. 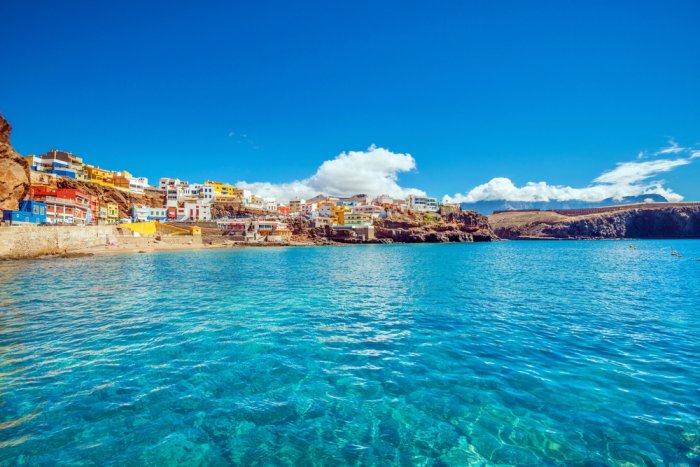 One of the most famous tourist islands in Spain, and the third largest island of the archipelago 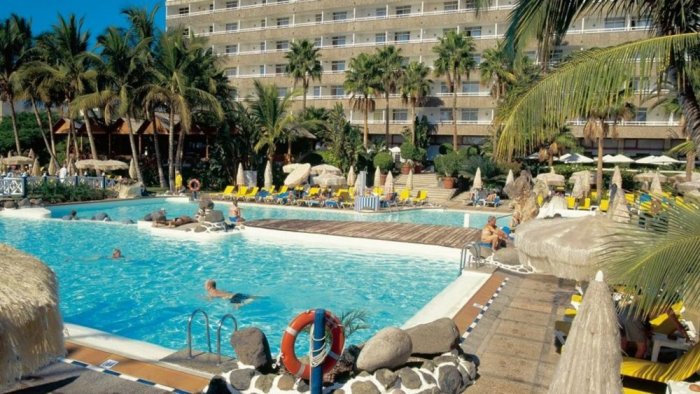 Costa ¬Cana¬ria is a huge resort located on the south coast of the island. 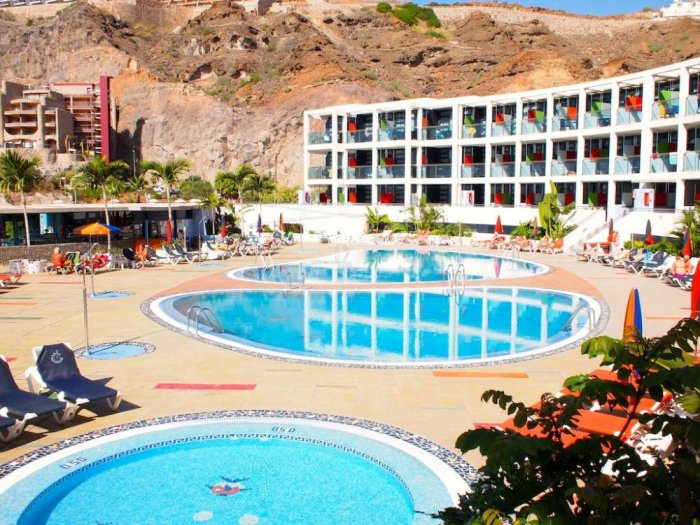 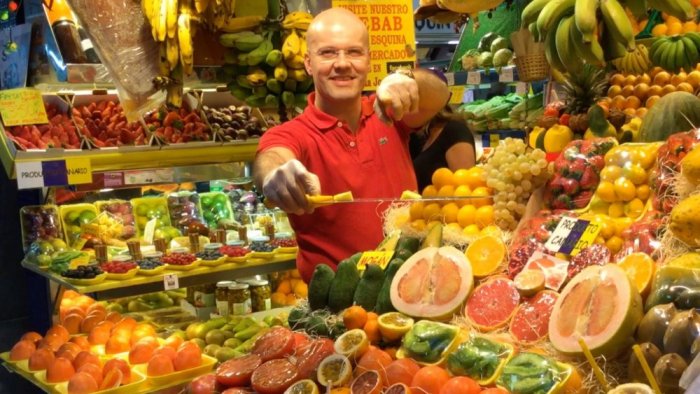 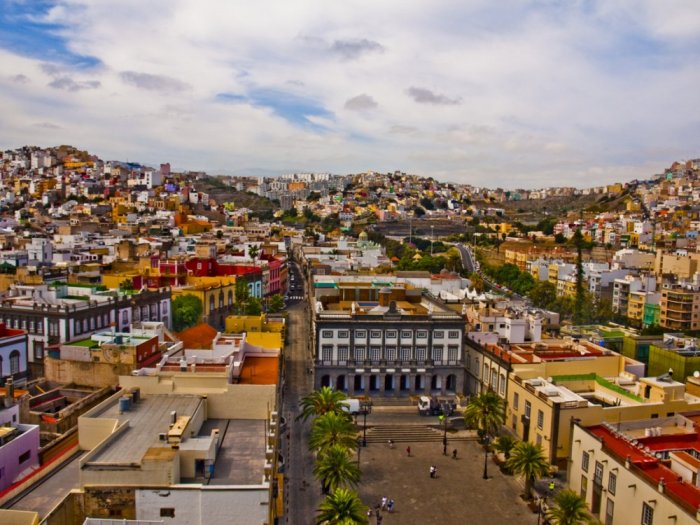 The old town of Vegueta, in Las Palmas province, is home to many historic buildings

It contains many tourist beaches 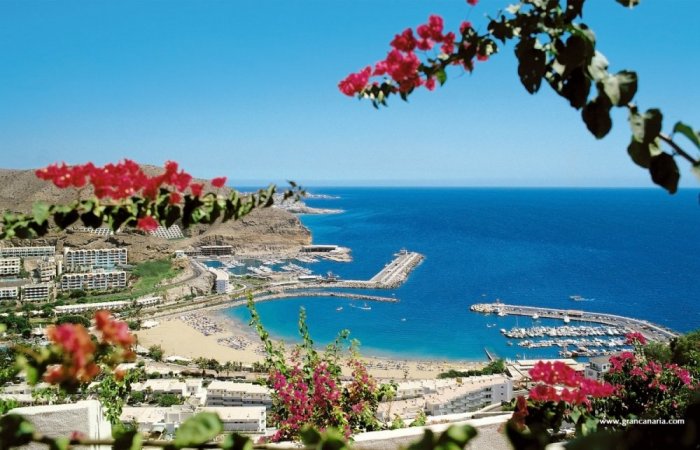 Gran Canaria is the most beautiful canary island 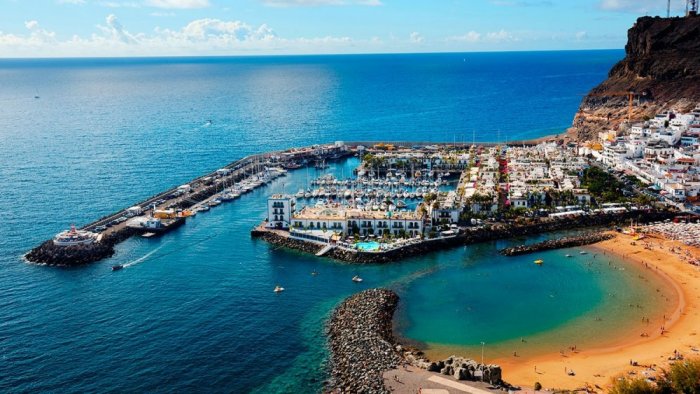 Gran Canaria, or Greater Canaria, is a volcanic island of Spain