Greenland tourism … the enchanting beauty of nature in its north pole

Greenland is the largest island in the world, and it is currently a member country in the Kingdom of Denmark and has a famous tourist capital is the city of Knock, and it is strange on the island of Greenland that despite its geography belonging to the North American continent, and to the Arctic region, it is linked politically And historically the continent of Europe, especially the countries of Iceland, Norway, and Denmark.

Greenland tourism .. a country of magic and picturesque nature 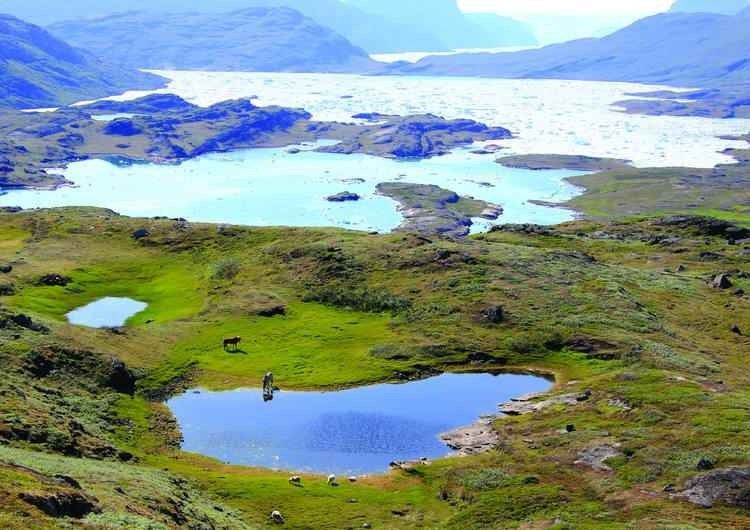 Greenland Island is one of the most important and famous tourist attractions around the world, attracting very large numbers annually to visit its destinations and attractions and enjoy a fun time in it. Greenland is considered one of the largest islands around the world, located north of the Atlantic Ocean in northeastern Canada, and Greenland is distinguished and enjoys With a number of beautiful landscapes, which are considered one of the most beautiful landscapes in the world, and the names that were launched on the island of Greenland also “Land of People” and “Green Land”. Read also: The cost of tourism in Sweden .. 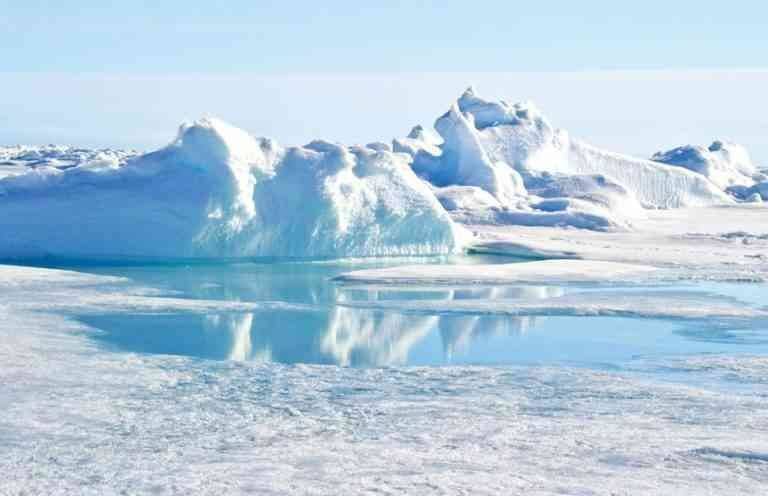 There is no doubt that the Arctic is one of the most important features of the planet in general, and many want to see it as one of the strange and rare natural manifestations around the world, and the Arctic is located at the deepest end of the strait Erik, and it is considered one of the most important tourist attractions in Greenland Island, which is located specifically south of the island And tourists and visitors to Greenland are keen to visit the North Pole, despite the degree of coldness in it, and this area is characterized by the scarcity of people in it; and most of those who are there are those who work at the airport and hotels there to serve only tourists 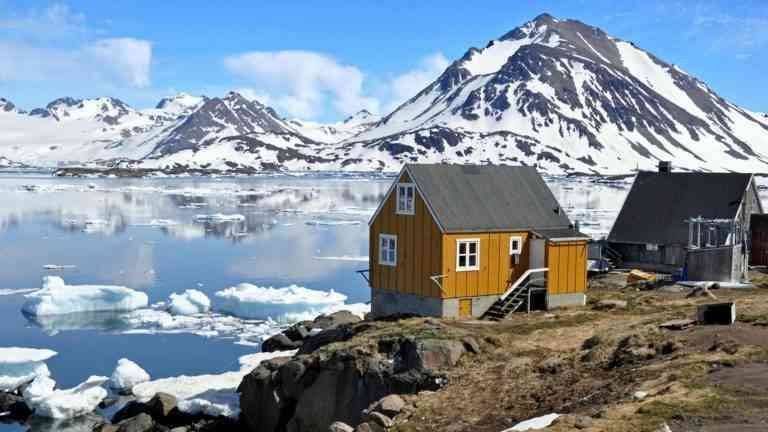 Knock is the main capital of Greenland Island and is considered one of the most prominent tourist places in Greenland. Knock is located at the mouth of Knock Kangarloa entrance on the west coast of Greenland, about 240 kilometers south of the Arctic Circle. Knock was founded in 1728 on The hands of the Norwegian missionary, Hans Egged, was when the Greenland colony was under the rule of Norway. Read also: Tourism in Norway ..

Ilulissat, the city of glaciers 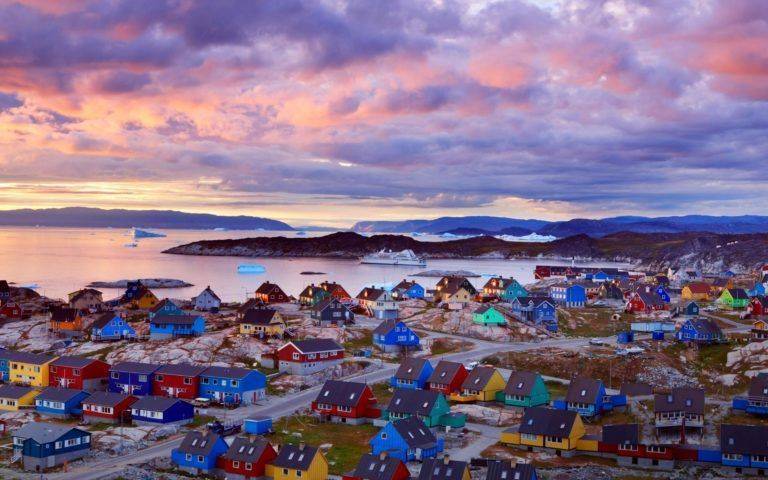 The Ilulissat region is among the most important landmarks of Greenland Island. The Ilulissat is one of the three largest settlements in Greenland, located approximately 200 kilometers north of the Arctic Circle, and the word “Ilulissat” means icebergs because the region there is characterized by the spread of mountains Snowy due to the extremely low temperatures, it is therefore a popular destination for many tourists and adventurers and one of the most popular places on Greenland. 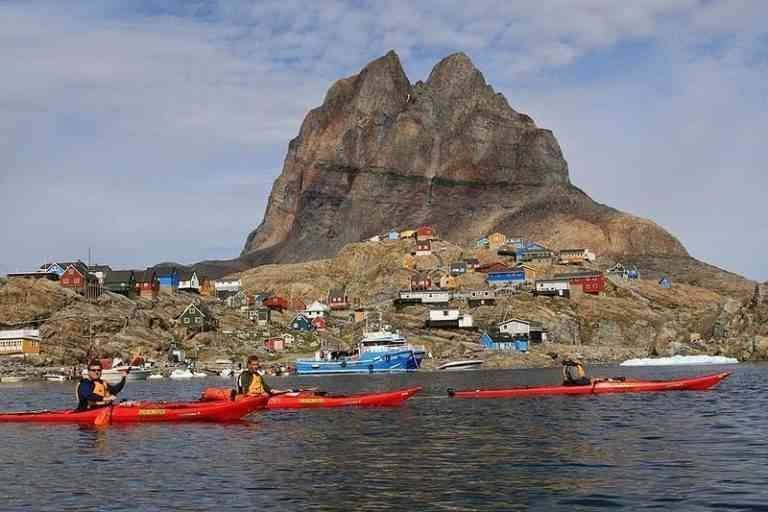 Aumanac region is one of the most famous and most beautiful tourist places in Greenland, Aumanac is located west of Greenland Island, and this island is famous as a destination for a very large number of tourists in the summer in particular; they come to visit the surrounding area by boat, as well as in winter the area is a destination for tourists to enjoy the beauty of Snow and ice scenes, as well as some of the purposes that tourists resort to enjoying the island’s beauty and beauty, they own and rent dog sleds during the winter months in order to travel around the city, as well as travel to fishing sites, and to many neighboring settlements, such as A can for travelers to Greenland to enjoy the sun in the Owumanak area from 17 to 28 May and also Aolao.aqro: travel to Norway at the lowest cost

Narsak .. the quiet city and the beauty of wildlife 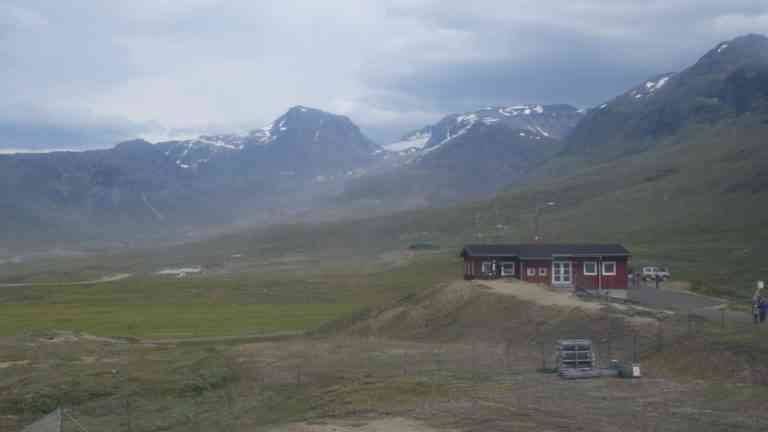 The Narsak Tourist Region is the most prominent and attractive destination for tourists on Greenland Island, and it is considered one of the best places for tourism in it. The Narsak region is located on one of the plains next to the giant sea strait in Greenland. The Narsak region is characterized as a very special place for recreational tourist tours because it is suitable for abundant wildlife and is available Several marine creatures are suitable for hunting as well, such as seals, salmon, trout, and whales, and this area is also famous for the presence of a number of glaciers and glaciers nearby, and in addition to this, Narsak contains a large number of facilities and services that attract Tourists. 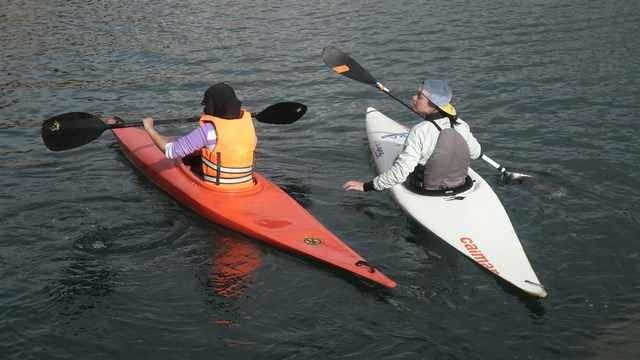 There is no doubt that amusement in boats and kayaking is one of the most important activities that tourists enjoy around the world, and these activities are abundant on Greenland Island, and kayaking is one of the most popular tourist destinations in Greenland; tourists go there to practice kayaking on the island that has a long history of kayaking Where rowing is a cultural symbol of the people of this wonderful island, and everyone who goes to Greenland senses the extent of its integration into the enchanting nature, and its close proximity to nature, especially when he is on board kayak around the wide straits, and these straits where the water appears very clear, pure and clear Like crystal along the rugged coastline, meanwhile, tourists enjoy listening to the sounds of seabirds and seeing the beauty of abundant wild plants. Read also: Norway’s top tourist spots 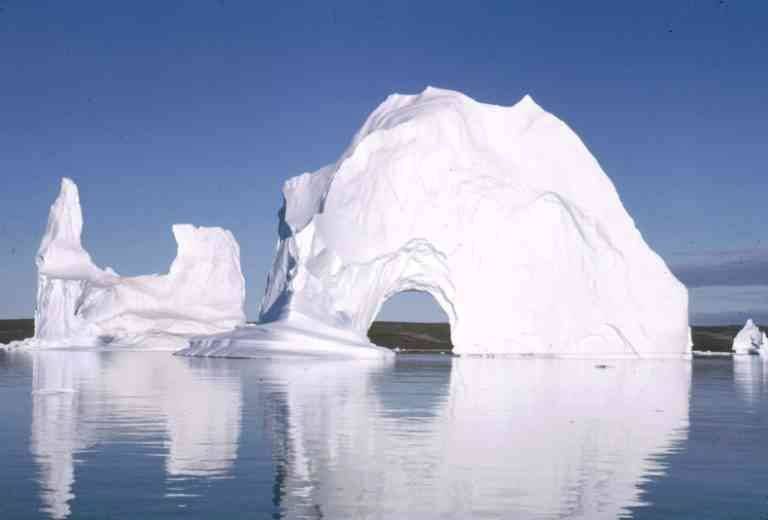 A tourist on Greenland Island can visit a number of new countries, which often allow tourists to follow local citizens and learn about new cultures, customs and traditions that are strange and rare by virtue of the strange nature that houses them. There, indeed, tourists can explore Thul or Kanak, a city belonging to the municipality of Kaswitsub, northwest of Greenland, and it is characterized by a community rich in history and Eskimos who came to this region and settled in and lived since 2000 BC, and Tourists enjoy watching them practice their primitive customs and traditions. They can also engage in fun, hunting, kayaking, skating, and some handicrafts. 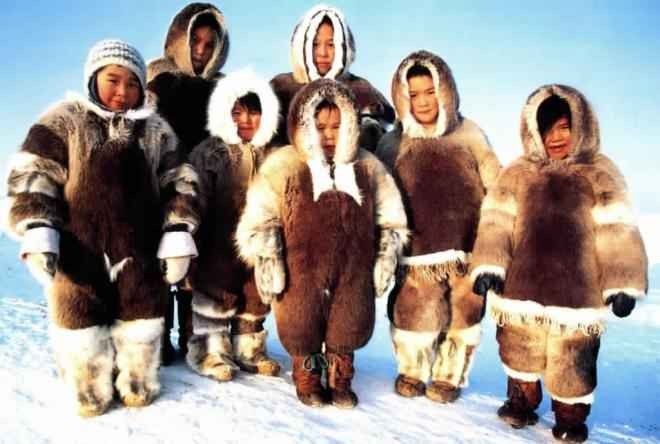 The homes and the colorful nature .. the most beautiful thing to see in Greenland 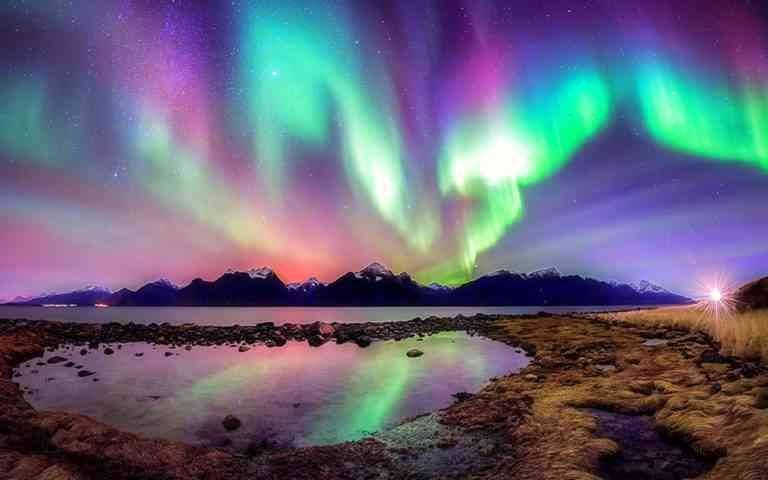 Among the cultures scattered in Greenland Island are those colorful houses and houses that spread almost everywhere, and their colors are bright, creating a stunning background for a magical display of the northern lights, especially at the city of Kangerloak. This region of Greenland is considered a center for the spread of the luminous natural phenomenon of charged particles. Electrically from the sun, and these charming northern lights illuminate the North Pole with colors that vary a lot between green, purple and red, and these colors reach their climax and are more exciting and clear between October and April of each year. Read also: Tide Tourism in Norway

The enchanting nature of Greenland ..

What distinguishes Greenland Island is a general, what it contains in its various cities and surrounding areas by land, sea and air of charming natural landmarks and breathtaking views that attract hearts and minds, and one of the areas that are characterized by the enchanting nature of that region in the east of the island, where it is characterized by a large number of meadows Flowers in the shadow of large basalt walls, so tourists go to these areas in order to enjoy the charming nature there, and also in addition to flowers, they enjoy climbing mountains and often end their day watching the golden polar sunset overlooking the scenic landscape of pain. Astonishment. 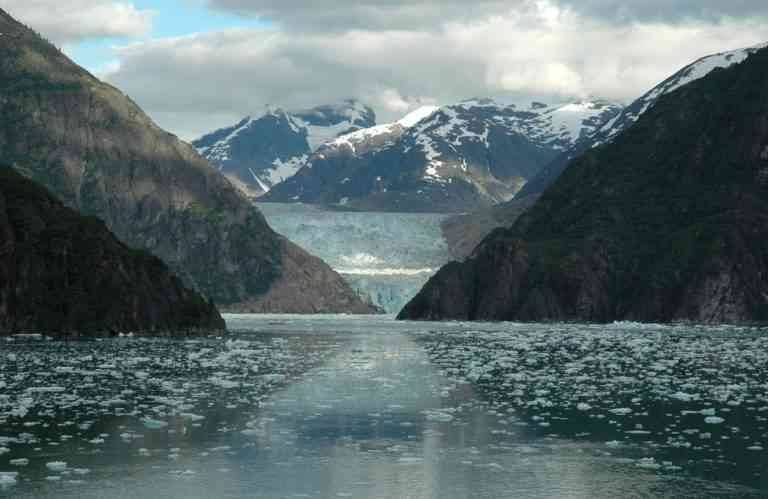 The Patagonia Strait located in the Arctic is one of the most important sights and attractions in Greenland Island, and at this strait tourists can enjoy mountain climbing and hiking on its banks, and there will be a person can immerse themselves in natural hot springs located at the extreme point in Greenland which is Healthy water suitable for cleansing the body and beneficial to the bones and skin, lightening pores and treating many skin diseases, and tourists are keen to spend as much time as possible exploring many rocks. 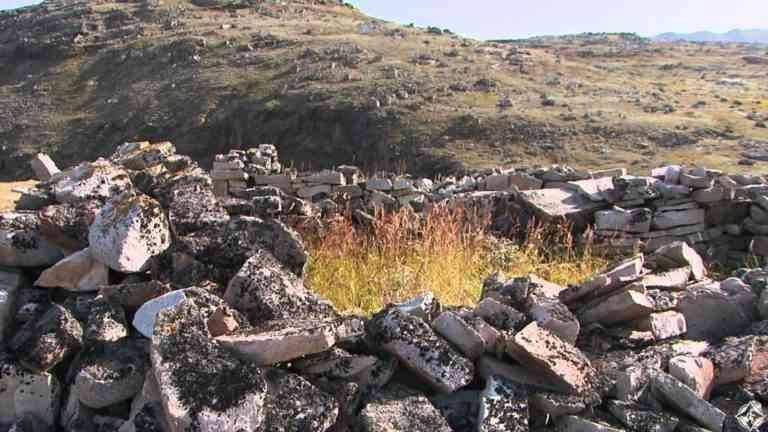 Greenland landmarks are not confined to what God loved it from its beautiful landscapes and clear sky sparkling with colors, pure water and wonderful glacier mountains … etc., but it also contains a number of famous archaeological sites which are among the most important tourist attractions in Greenland, and these monuments bring together the history, civilization and culture of a people Arctic since ancient times, and in Greenland the archaeological sites vary between the National Museum and the ancient historical sites built by the Vikings, where they settled.

Tourism in Naples .. the most famous monuments and modern entertainment