Northern Sudan has two distinct parts: the desert, the Nile Valley, and to the east of the Nile lies the Nubian Desert.

The Western Sudan Front includes the areas known as Darfur and Kordofan.
West Darfur is a undulating plain dominated by the volcanic rocky mass of the towering Jebel Al-Marah, 900 meters above the Sudanese plain.
West Darfur stands in contrast to North and East Darfur, which is almost submerged by little water either from intermittent flows known as wadis or from wells that usually dry during the winter months.
The southern region of western Sudan is known as “Al Quoz”. It is a land of sand dunes characterized by the availability of grass in the rainy season
One of the unique features of western Sudan is the Nuba Mountain Range in southeast Kordofan in the center of the country, which is a cluster of isolated dome-shaped hills, and sugar pistols that rise steeply and immediately from the large Sudanese plain.
As for the third region in Sudan, it is the central clay plains that extend east from the Nuba Mountains to the Ethiopian border, and it is only broken by the hills of Ingisana.
Between the Dender and the Rahad rivers, a series of low hills descends from the Ethiopian highlands to break the endless plains horizon 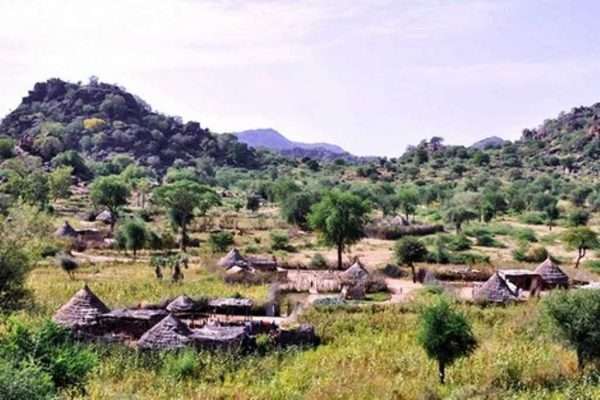 There are many mountains in Sudan that include Mount Uboor, Jabal Dhaal, Jabal Walwar, Jabal Tannur and Jabal Kuru
Mount Deriba Caldera
This summit rises to 9,980 feet and is located on Jebel Marra, the mountain faces moderate climate and high precipitation.
Waterfalls, volcanic lakes, and the Mediterranean climate allow for abundant vegetation
Udo Mountain
The mountain rises to a height of 3775 feet, and is located in Darfur, the mountain has crater lakes and thick forest.
Mount Muguloma
Up to 7,110 feet high, the lakes are clear on the mountain, and the vegetation is mainly green due to the mild supportive climate.
Mount Dara
The highest peak of Mount Dara is 6,824 feet above sea level.

There are five lakes in Sudan, the most famous of which is Lake Nasser, which is the largest industrial lake in the world, and Lake Nubia

Forests cover about 26% of Sudan, half of which are dense trees, mostly in the south. 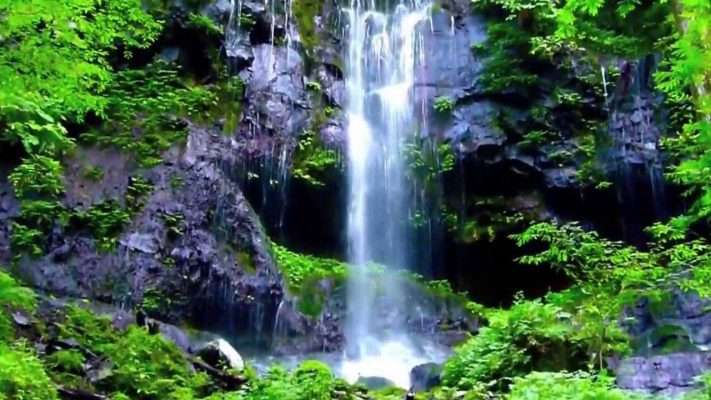 There is a waterfall in Sudan, and it is one of the most beautiful waterfalls in the world, the Abbas waterfall, and the Zalingei waterfall