Athens “2 nights” – Athens
It is certain that you will start your journey in Athens, as the home of the largest international airport in the country, and start visiting the Acropolis, which is the ancient high city that includes some of the most important historical structures, which do not exist in the world, then take a tour of the Parthenon Temple, and you may be surprised Temple of Athena Nike, and be sure not to miss the visit of Propylea, if you want to continue the historical adventure, you can spend time at the National Archaeological Museum, the New Acropolis Museum or the National Art Gallery.

And through the promenade in the city center, you will see the amazing green national park, with a retreat to the urban destination where you can spend a walk among the flowers, and watch the Greek statues that are from hundreds to thousands of years.
Corinth, Mycenae and Epidaurus
Greece’s Peloponnese is a distinct area, which should not be missed. Rather, it should stop quickly to find out some of the most important destinations, for example: Corinth, which is home to a ruin city with attractive attractions such as the Temple of Apollo. In Messina, you can take a tour to see the 4000 ancient ruins of the Acropolis of Messina, then visit the Messina Museum of Archeology.
In the coastal village of Epidaurus, you can take some pictures at the ancient Epidaurus Theater, which is still standing, hosting events.
“1 night” – Napflio 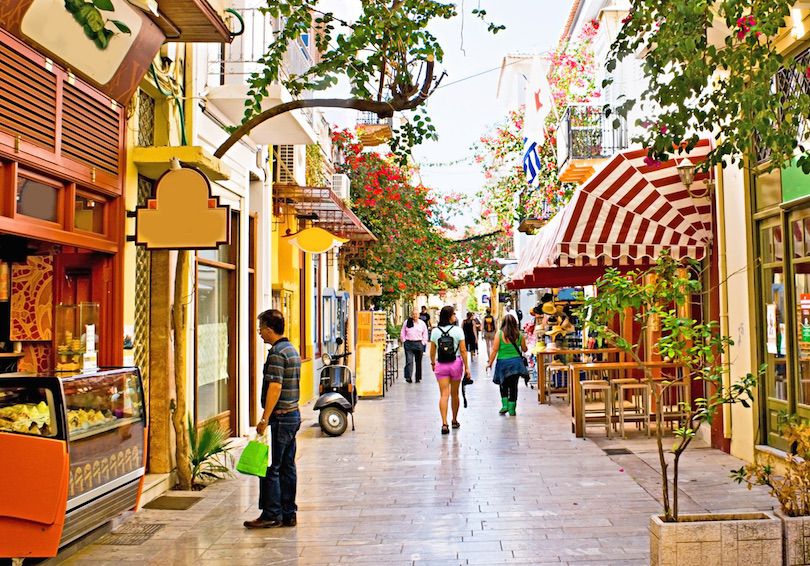 If you want to stay a night in the Eastern Peloponnese, and in Napflio, this coastal destination boasts beautiful sandy beaches, which are located in the middle of romance and ideal for new couples to spend their honeymoon, and even if you are a solo traveler, you should love to see the old city buildings constructed in 18th century. Standing alongside beautiful old green structures, then taking a tour of the Museum of the Peloponnese Foundation for Folklore, you can also admire the castle of the Amedi, which was established in the 17th century, and for a glimpse of traditional life in the charming fishing village Psaromachalas.
Olympia “1 night” – Olympia 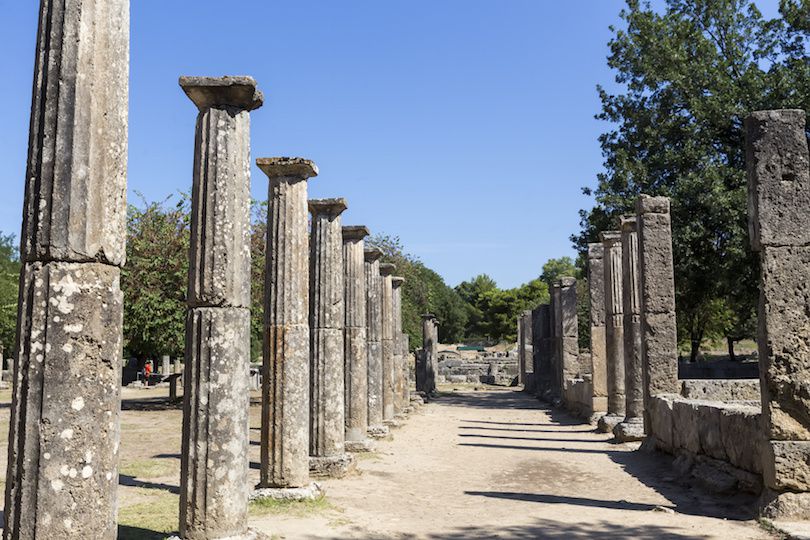 Olympia, is an attractive haven from ancient Greece in Ellis on the Peloponnese peninsula, known as the site of the Olympic Games in the classical era.
The Olympics are held every four years throughout the classical antiquity, from the 5th and 8th centuries BC to the 4th century AD. In 776 BC, the first Olympic Games were held, bearing the same name for the event, Olympia, and it was in honor of Zeus.
Delphi “1 night” – Delphi 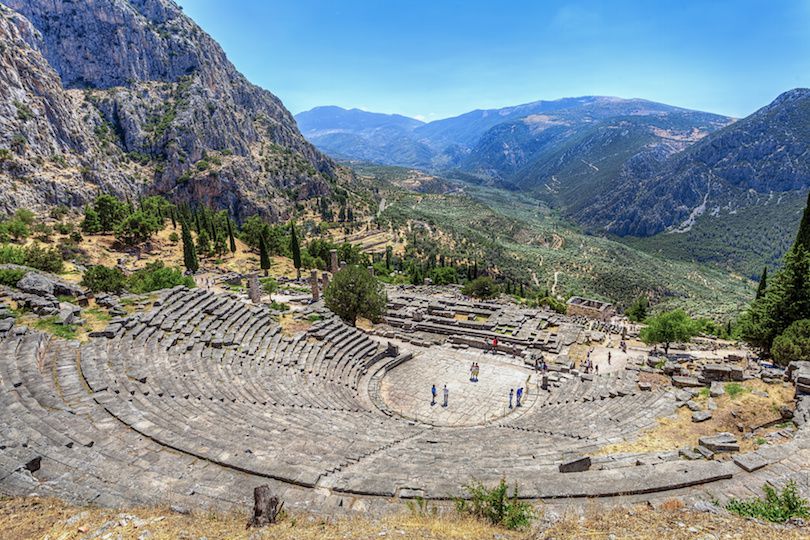 In ancient times, Delphi was seen as one of the most important destinations in the world, but today it is still a distinctive interface full of mystery and spirituality, where you can visit the rest of the Temple of Apollo and wander through the ruins such as: Temple of Apollo, where Delphi is located in the countryside, as it is It is a popular spot for travelers to enjoy the great outdoors, and you can admire the Greek countryside by riding a rented bike, or going for a sport through the wonderful fields.
Kalambaka “1 night”
The Greek city of Kalambaka is not a city full of ruins or museums, but it is still an ideal place to spend a night during your seven-day vacation in Greece, because it is the entrance to Meteora, and as an incredible attractive factor, since Meteora means the middle of the sky. At the top of these magnificent rock formations are found in a group of 24 monasteries, some dating back to the 14th century, it is easy to see why these men were chosen by God to live, work and pray here: and at such an impressive height, where you can feel like Closer to the sky and the city of Kalambaka below.
Athens “1 night” – Athens 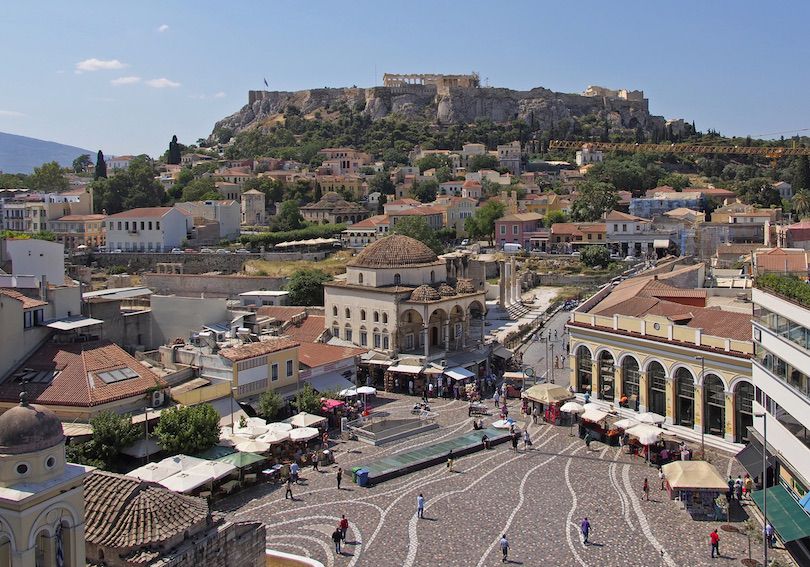 And before the adventure of Greece through the journey that will end, you head back to Athens on the final night of the holiday, although you will feel there that you are at the beginning of the trip, and there is still time to enjoy Athens, if you need to buy some souvenirs, then this is The right time to buy from high-end shops in Kolonaki or street vendors at reasonable prices in the Black area, while spending some impressive time collecting information on the lesser-known areas, 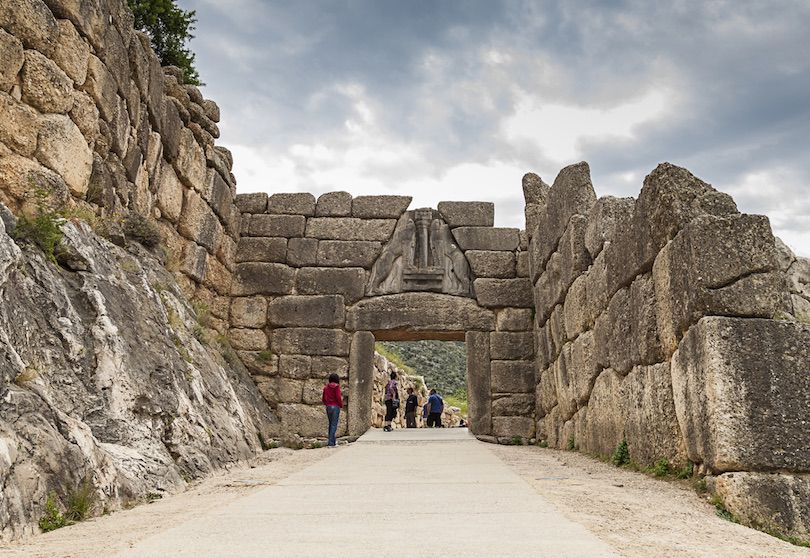 Where you see the impressive Greek Folklore Museum, or you can take a ferry to see the scenic views of Piraeus Port, of course, this trip will be completed with some Ozo at a local pub with the locals.