Important advice before traveling to Tbilisi

Because of its central location between the continents of Europe and Asia, Georgia represents the true paradigm of mixing different cultures and this is reflected in many things in it. Georgia is famous for its many attractions, attracting medieval nature, deep architecture, deep caves and delicious food, especially to its beautiful capital, Tbilisi, which is steadily increasing the number of Arab tourists who visit annually. Get to know us important tips today before traveling to Tbilisi.

The best season to visit Tbilisi

Tbilisi is a destination that can be visited throughout the year, especially as there is a climate diversity that makes each season its own charm. In winter, snow does not fall heavily on Tbilisi (which is the only place in Georgia where this occurs), the spring is sunny and temperate with little rain in April, the summer tends to global heat, especially in the capital, but in autumn the climate is similar to the spring, but slightly cooler …

Major cities in Georgia, especially the capital, Tbilisi, and the cities of Batumi and Kutaisi, have a relatively developed transportation system. In the capital, you can travel using the subway, buses and minibuses that locals call Mashrutka. As for the prices of transfers, they are inevitably low if we compare them with transfers in other European cities, for example, the price of a 90-minute trip card is about $ 0.20.

The local currency in Georgia is “Lari lari” (GEL), 1 lari is approximately 0.38 USD. You can transfer your money in many places in the Georgian capital, and there are a lot of secure ATMs that you can use. In addition, you can pay with credit cards in many cafes, restaurants and stores, especially those large, so you will not face a problem in this area during your visit to the Georgian capital.

The minimum time to visit Tbilisi should be 3 days, but the more time you have, the better. Many visitors confirm that there is still a lot to discover despite several trips to Tbilisi. In the summary, the more days I spend, the more I discover. In the end, Tbilisi is from this type of city.

The Georgian language is beautiful, but it is considered one of the most difficult languages ​​in the world. People tend to stick to their language, so it is desirable that you learn some phrases that help you while traveling in the country. Including: gamrajoba (hello), thank you very much (didi madloba), no (ara). The Georgians will appreciate that you made this effort and you will definitely get smiles.

Landmarks to be visited

The list may be very long, but we will try to shorten it as possible! We start with ancient Tbilisi and tour the streets there especially the old cathedrals including Sioni Cathedral. Also among the main features is Narikala Castle, where the statue of “Mother Georgia”, which is a symbol of the country, must also visit the Rike Park and the Peace Bridge. Head to Rustaveli Avenue, its architecture, and don’t forget to shop on the open market near Dry Dry Bridge … and many other attractions awaiting you to explore. 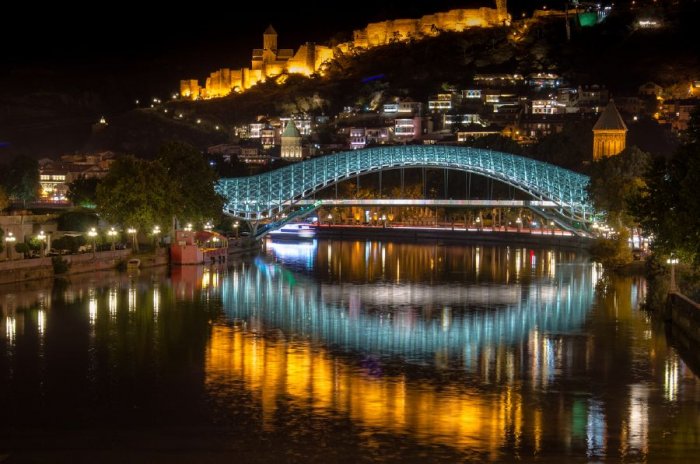 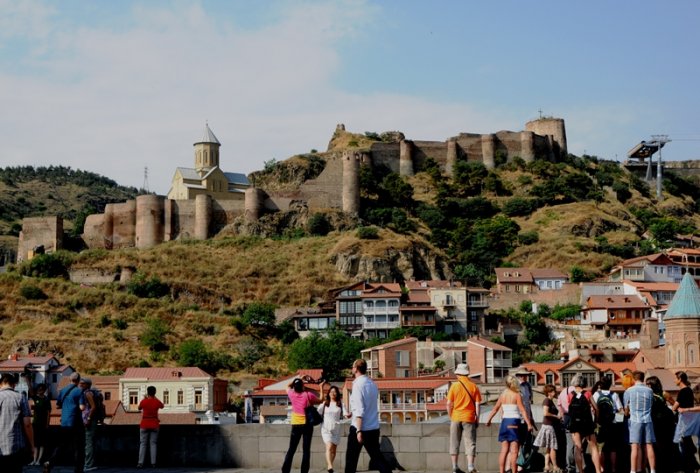 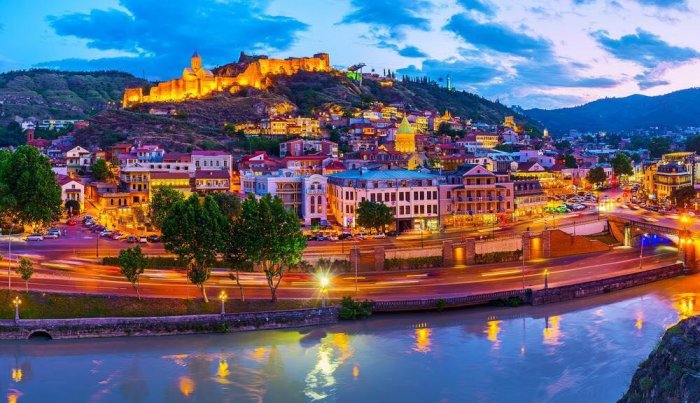 Tbilisi and look at Narikala Castle 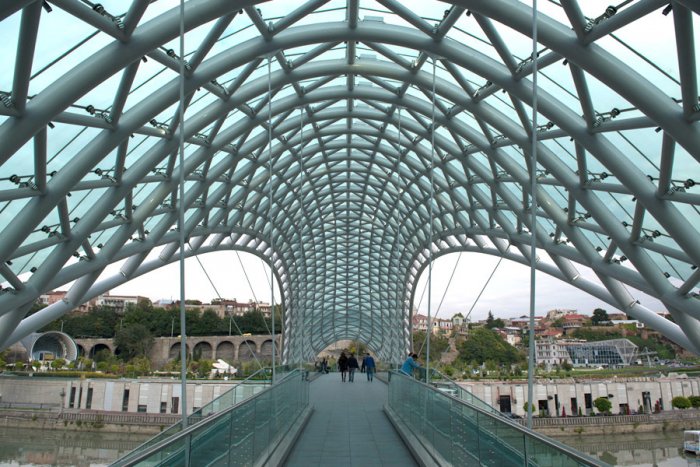 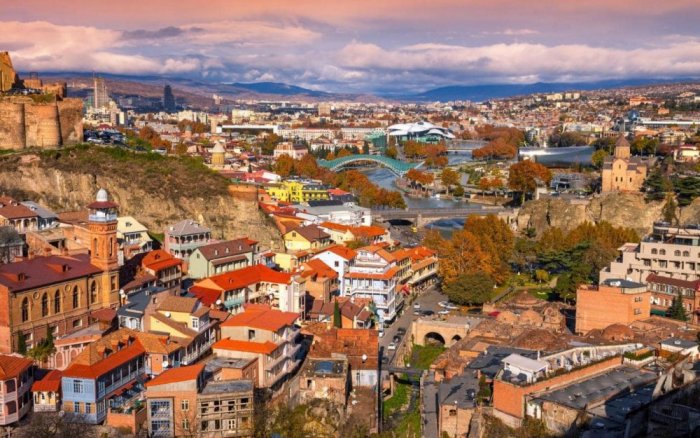 General view of the Georgian capital 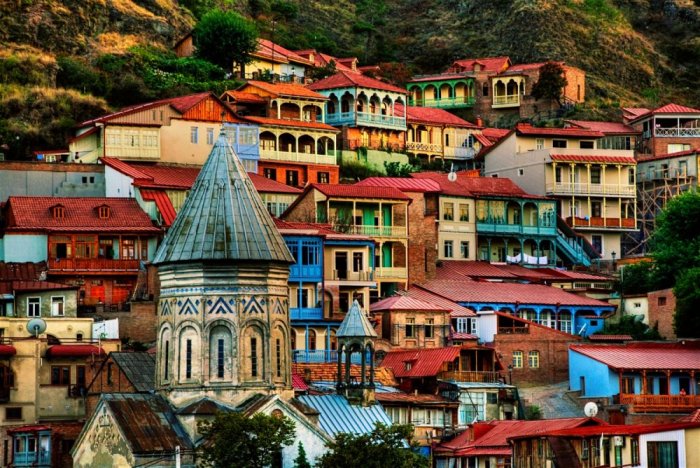 A scene from the old buildings in old Tbilisi 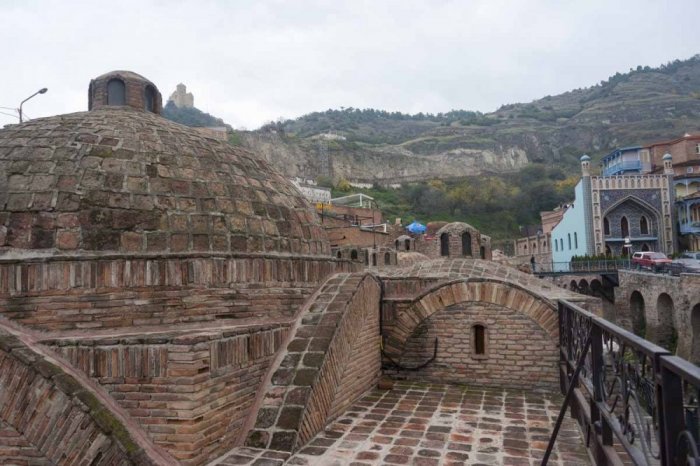 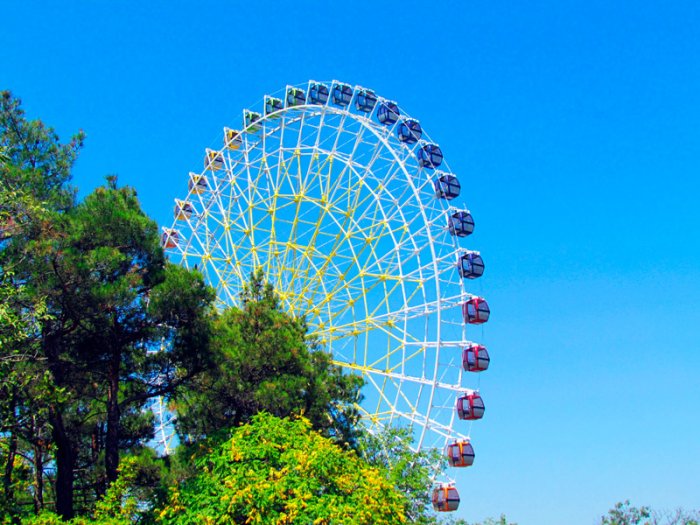 From Matsimenda Park in Tbilisi 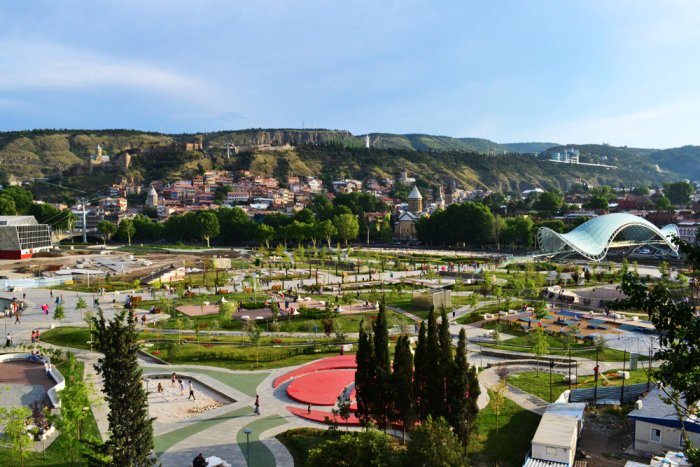 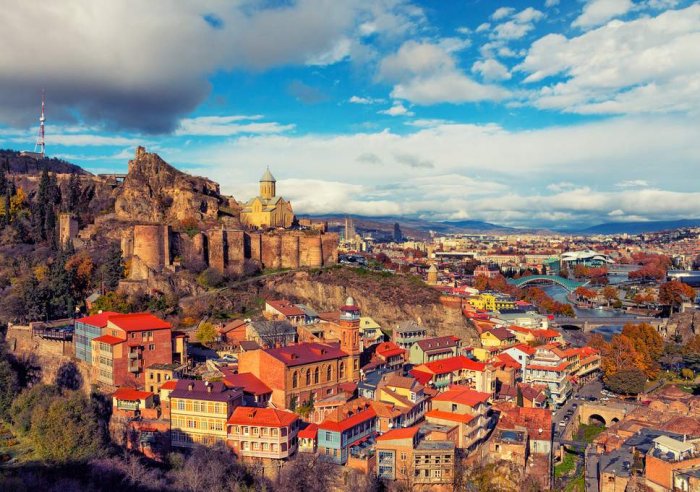 Tips before traveling to Tbilisi

The most important advice to save money when traveling to Paris

Tips before traveling to Rajasthan, India