The best tourist places in Vienna

How to get to Tel Aviv Bridal Show

The most luxurious country for honeymoon

Where is Bali located?

It is one of the famous landmarks of Italy

We will present in this article a topic on tourism in Indonesia, which has become one of the most attractive countries for tourists from all over the world, due to the charming nature of thousands of islands in it, and its weather in general tends to warm, as its temperature reaches 28 degrees Celsius on The year, and the season is divided into rainy and dry, and through the following lines in the Arab travelers we will highlight the most important places that are recommended to visit and enjoy in Indonesia.

Jakarta is the capital of Indonesia, located on the northwestern coast of Java Island, and contains many attractions and attractions for visitors, namely:

Or the Elephant Museum, which is one of the most famous and most popular museums in Indonesia. It was opened in 1868, and the museum contains a runway that reaches a garden dedicated to displaying sculptures. It also includes more than 140 thousand artifacts dating back thousands of years, in addition to 5000 artifacts that have been obtained It is from all over Indonesia.
Museum entry ticket price: 10,000 rupees.
Visiting times: From eight in the morning until four in the afternoon, all days of the week, except for Monday. 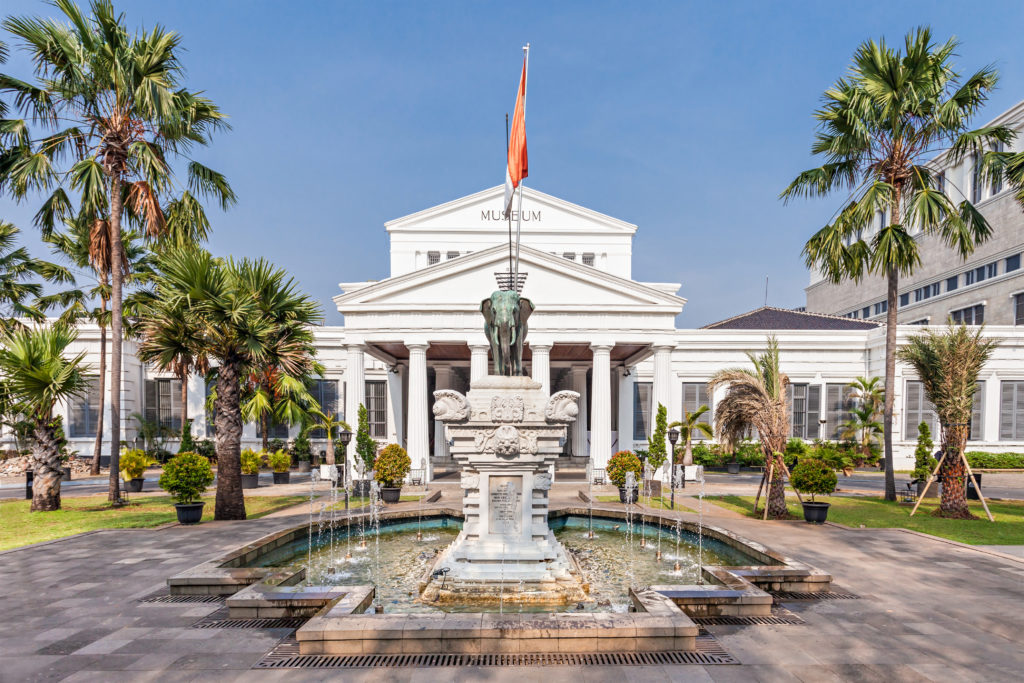 Read:The capital of the Comoros

It is an artificial lake located in the south of the city, and it is considered one of the best tourist places in it. It was opened in 2000 and derives its water from the Seelong River, and the local people in its vicinity raise fish in it.
The lake is a wonderful example of life in the countryside in Indonesia, as its surroundings can enjoy distinctive traditional dishes and dances, as well as a visitor can rent a boat to tour the lake, and also see the traditional house, which is a tourist attraction to know the design of old houses.
Visiting times: from six in the morning until seven in the evening every day. 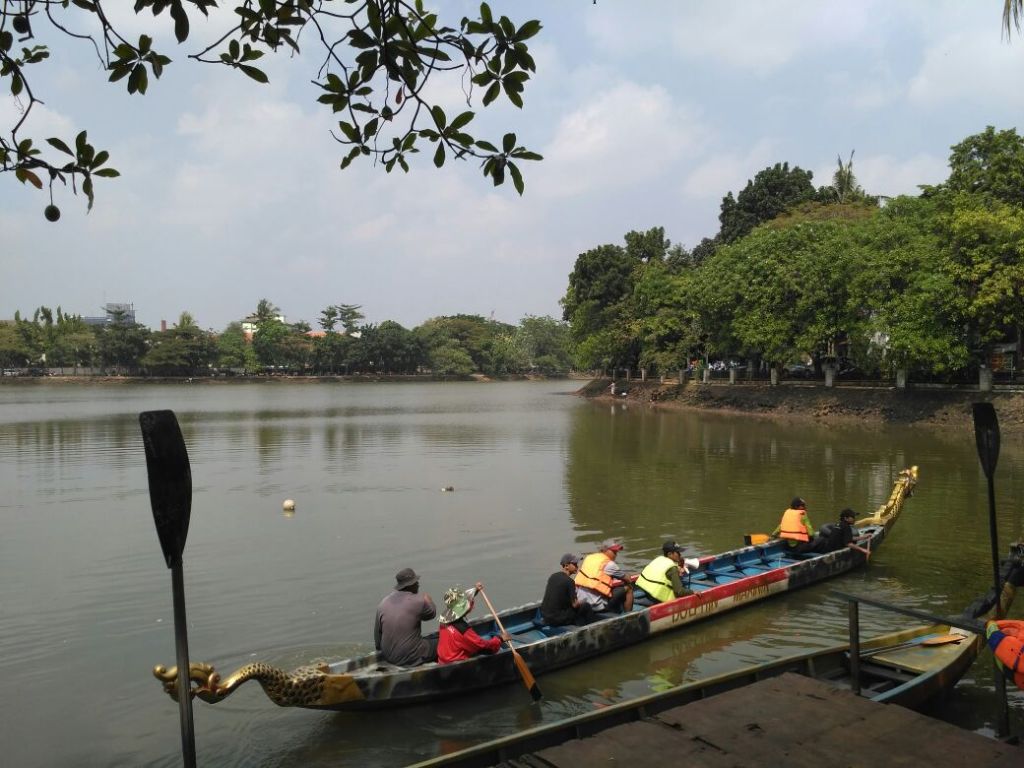 It is considered one of the most important entertainment places in Indonesia, as it is an underwater amusement park, and it has many distinctive recreational facilities, such as a fish museum and a large fish tank that includes many diverse marine creatures in shape and size of 5000 species, and the park offers many entertainment offers for dolphins and animals .
Park entry prices: 6000 on weekends, 50,000 on weekdays. 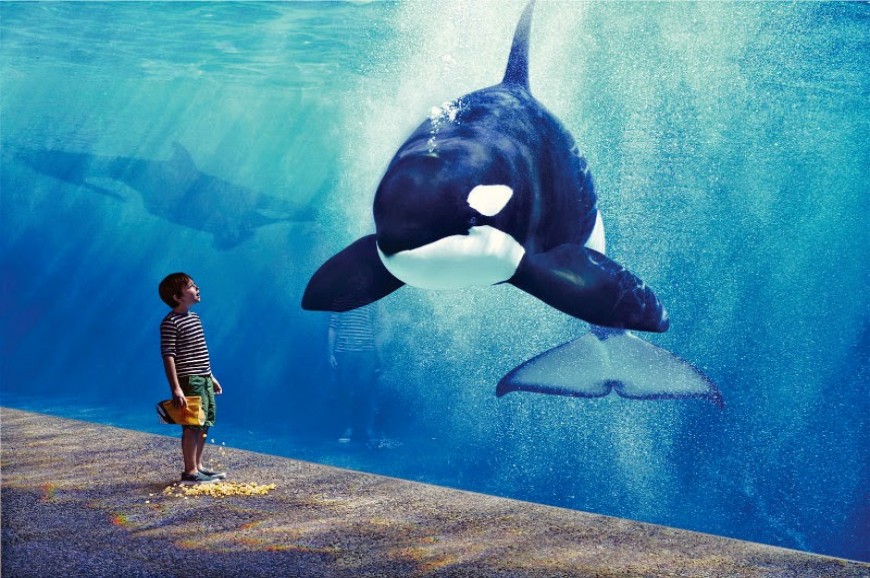 Tourist areas on the island of Bali

Bali Island is considered one of the most beautiful islands in the world, and it is distinguished for its sandy beaches and stunning natural scenery. The island contains several tourist places, including:

It is one of the most attractive beaches for tourists on the island, due to its high waves and the smoothness of its sand, and visitors can enjoy water skiing and swimming in its clear waters. 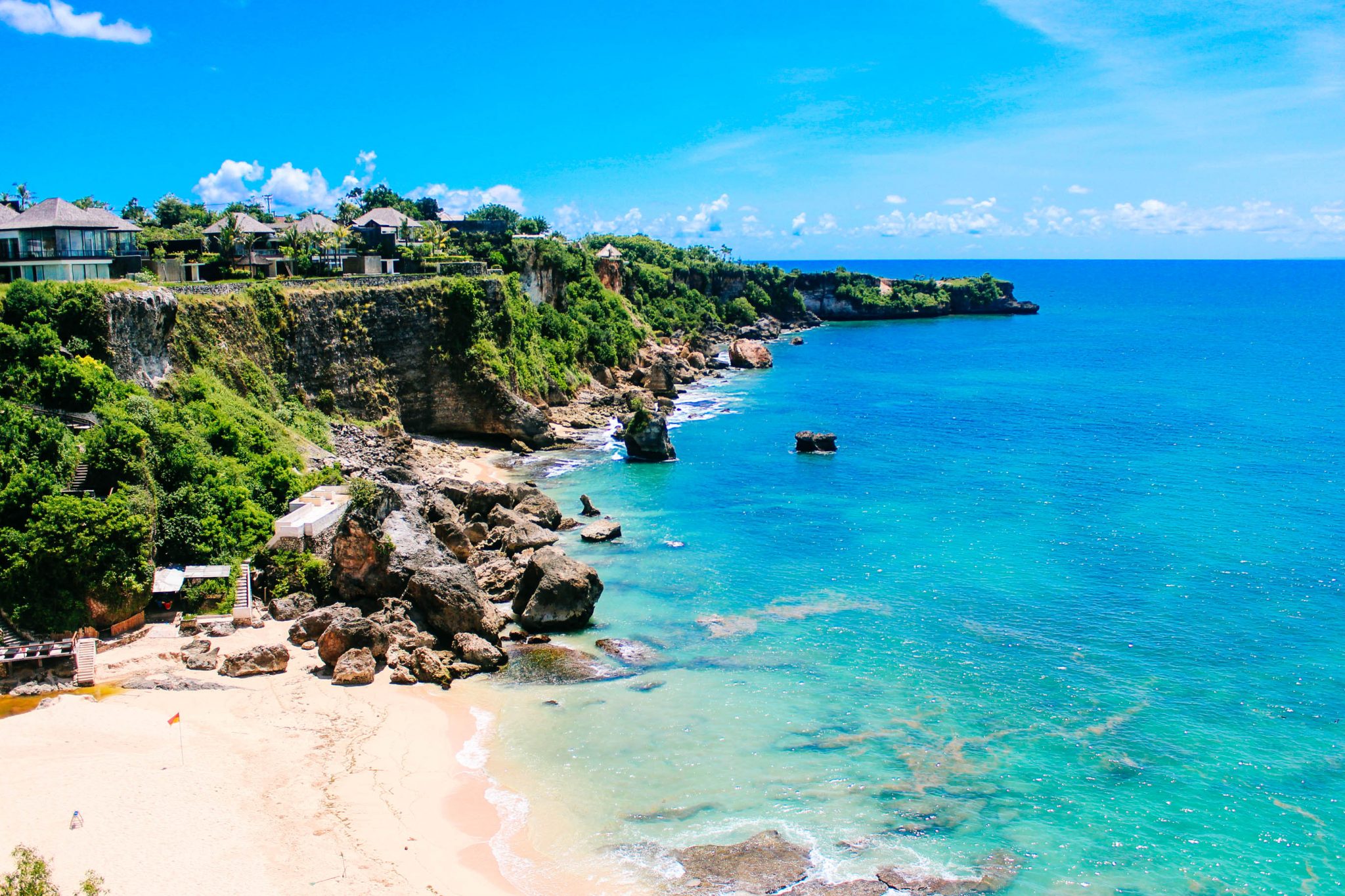 The waterfall is located in the north of the city, and it was opened in 1975 as a tourist attraction, and it reaches a height of 45 meters, and it is located amid green rice terraces and wonderful tropical trees.
The waterfall is a great place for monkey lovers, where monkeys always come in order to get water and food, and in order to reach the waterfall you must pass a narrow walkway between the trees to connect with. 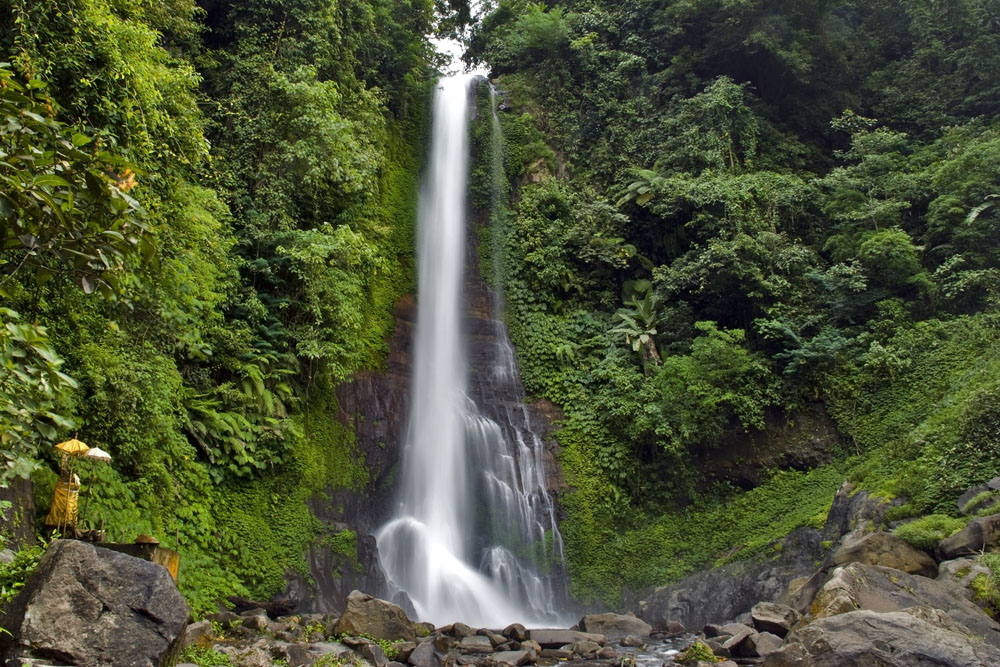 The park contains more than 400 animals from 60 different species gathered from Indonesia, Africa and India, and they roam in fenced-in barns, the most important of which are deer, African hippos, ostriches, camels and bears.
Visitors can see these animals up close by riding the armored car, which is a guide to introduce visitors to its different types. Visitors will also enjoy the experience of riding elephants and watching free live performances of animals.
The price of the admission ticket ranges from Rs. 797 to Rs. 1,087 depending on the type of flight and its activities.
Visiting times: daily from nine in the morning until five in the evening. 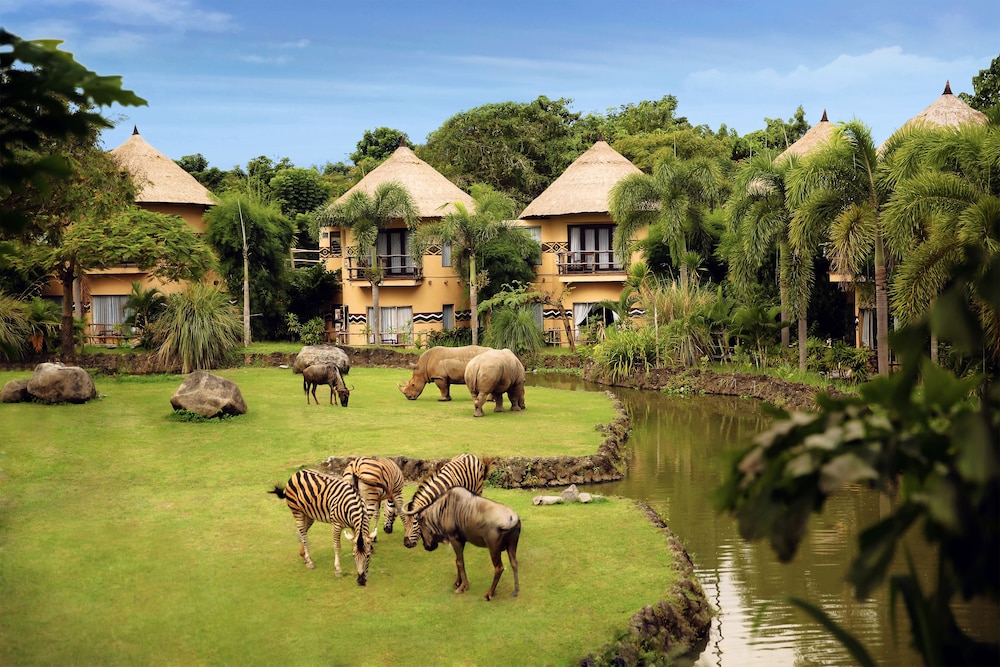 Is one of the most beautiful cities in Indonesia, which attracts tourists from all over the world, and contains many tourist places, including:

It is one of the tourist destinations in Puncak, which is the largest tropical fruit garden in the world. It was opened in 1990 and contains thousands of plant varieties, in addition to its fruit trees, which number 37 thousand trees, including pineapple, mango and watermelon.
The garden is one of the most important places that attract tourists, and children can pick and taste fruits from it. The park includes a lake from which to fish and canoe.
Garden entry prices: Rs 10 thousand on holidays and public holidays, and Rs 9,000 on regular days.
Visiting times: From Tuesday to Sunday from nine in the morning until six in the evening. 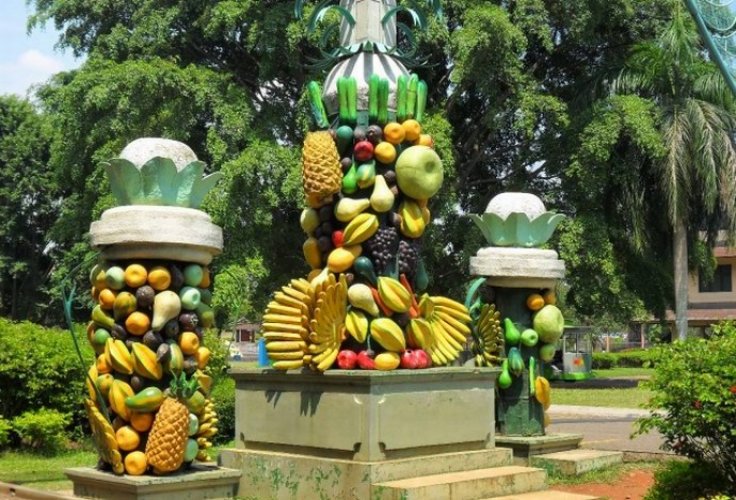 Is a charming lake of the most beautiful landmarks of Indonesia, and its place in West Java from Puncak Mountain, amid a group of hills at an altitude of about two thousand meters, and the lake was named by this name due to the constant change of colors between yellow and green and sometimes it combines the colors of the rainbow.
The lake contains many animals, birds, trees and plants that can be enjoyed watching amid the beautiful scenery. Visitors can camp there and practice safari, as well as paragliding and climbing ropes.
Entrance ticket price: 20 thousand rupees per person. 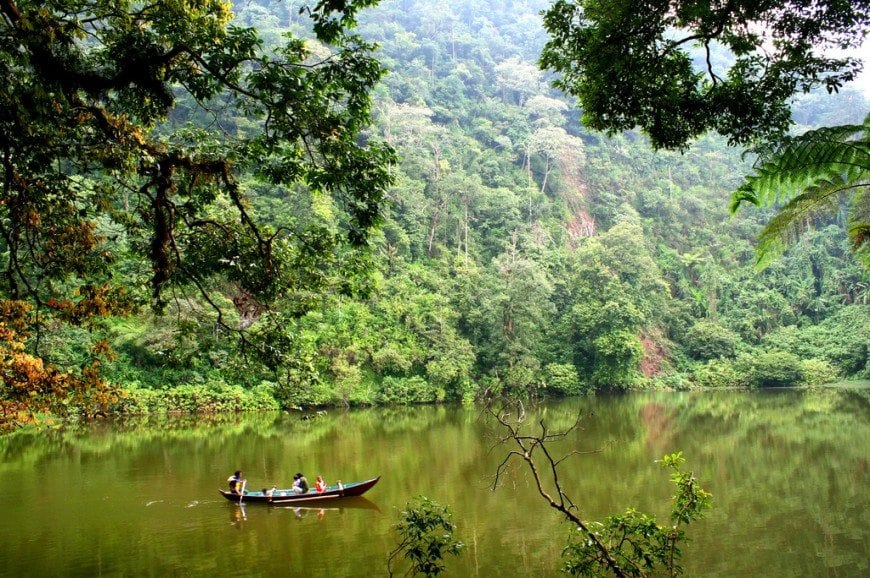 The most important tips for traveling to Azerbaijan

The most important tourist places in Turkey

Information that interests you about skiing tourism

Reasons why Chile is a unique tourist destination

Cheap markets in Sharjah .. And your guide to get the best products at the lowest prices …

The most important landmarks of Qatar