In pictures: Learn about the most important historical palaces in Saudi Arabia

The Kingdom of Saudi Arabia contains many historical buildings, palaces and castles in all its different regions, and there are many palaces that tell a distinguished political and social history, for example the Palace of Government, the Palace of Khuzam, the Masmak Palace and other palaces.

The most important historical palaces in Saudi Arabia

The Qashla Palace is one of the important historical monuments in the city of Hail, and the meaning of the name Qashla is due to a distorted word about its Turkish origin, Qishla, and its meaning is the winter camp. This designation was given in the Ottoman era to the fortresses of the soldiers and their centers of residence in the city of Hail.

The Qashla Palace is a military fortress used more than 80 years ago before it turned into a tourist area, which is a rectangular clay building consisting of two floors, and an area of ​​20 thousand square meters, with a length of 241 meters, a width of 141 meters, and a height of 10 meters And, it was designed in the style of Najdi buildings that were prevalent in Islamic architecture at the time.

Al-Masmak Palace is considered one of the most important historical buildings in the capital Riyadh, and it contains at the present time a museum dedicated to displaying the history of the unification of the Kingdom of Saudi Arabia by King Abdulaziz Al Saud, may God have mercy on him, and used the Masmak Palace as a warehouse of ammunition and weapons after Riyadh became in 1902 under Saudi rule, It remained used for this purpose until it was decided to convert it into a heritage landmark, which represents a stage in the establishment of the Kingdom of Saudi Arabia.

Al-Hakam Palace is considered one of the oldest political and historical palaces in the capital Riyadh, and the palace was established in 1160 AH, and the palace later became the seat of the emirate and rule, and during the reign of Imam Turki bin Abdullah Al Saud, the founder of the second Saudi state he rebuilt the Al-Hakam palace and He made it wings and towers, and made some structural reforms and construction on it. The palace also witnessed important historical events since its establishment until the present day.

At the present time, Al-Hakam Palace has come under the supervision of the Supreme Commission for the Development of Riyadh, and its construction consists of six floors in the form of a fortress with walls and four towers in its corners, the magnitude of which symbolizes strength and durability, in addition to a fifth tower in the center that is a source of lighting and ventilation for the yards and offices below it, and sticks This tower on the north side is another part composed of five floors. The exterior facades of this palace are almost solid, while a series of voids and courtyards of various sizes spread throughout it spread a flexible distribution that gives a feeling of spaciousness and capacity. Its walls are decorated with local-style motifs and inscriptions, and also includes an office of a king a Kingdom of Saudi Arabia

Al-Touqia Palace is located in the eastern corner of the entrance to one of the reefs of the villages of Al-Malqa, which is the people of Al-Touqia whose length does not exceed 1 km. It is located in Riyadh specifically in the old Diriyah area, and the palace of Al-Touqia is a limestone building on a square shape. External with irregular size in width.

The Khuzam Palace is one of the famous historical palaces in Saudi Arabia and is located in Jeddah, and it is one of the royal palaces inhabited by King Abdulaziz Al Saud, may God have mercy on him, and it is the first building in Saudi Arabia to use cement and iron, and the image of its gate was on the Saudi paper currency, and its construction took 5 years, where its construction was completed in 1932 AD. The palace was called Khuzam because of the large presence of lavender in the area on which it was built. In the year 1981 AD, King Fahd bin Abdul Aziz, may God have mercy on him, directed the transformation of the palace into a museum and opened in March 1995. 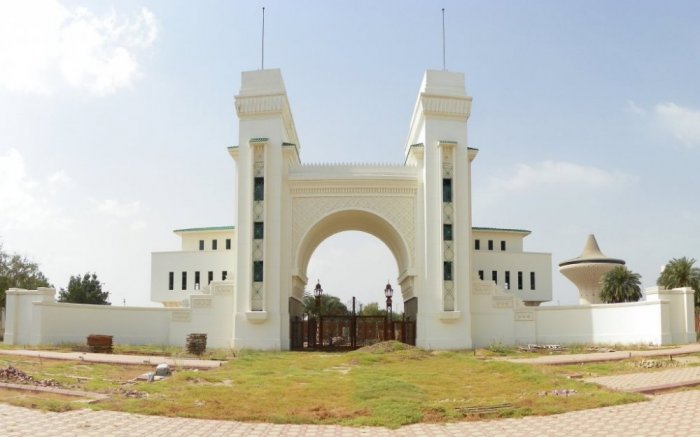 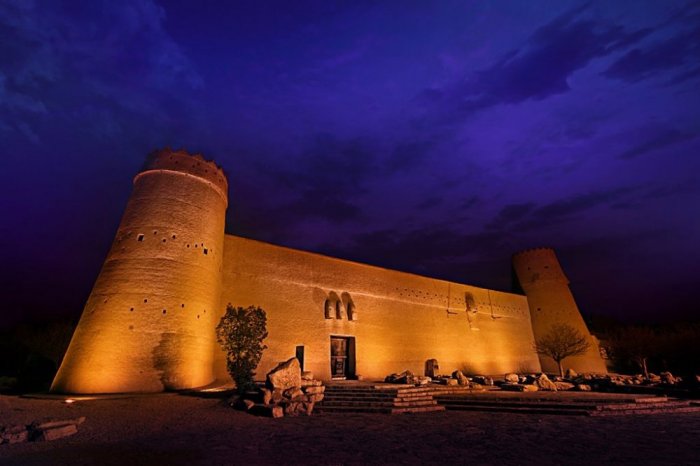 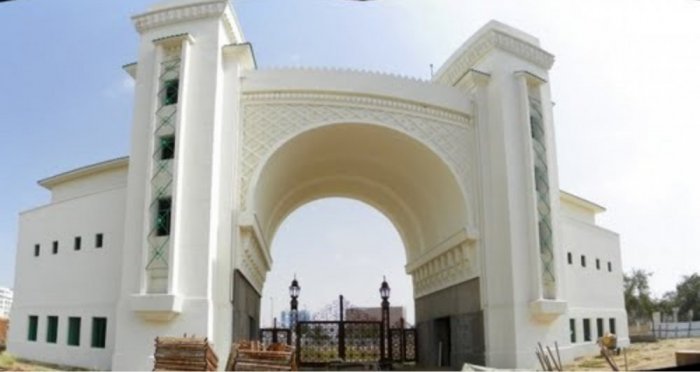 The entrance to Khuzam Palace 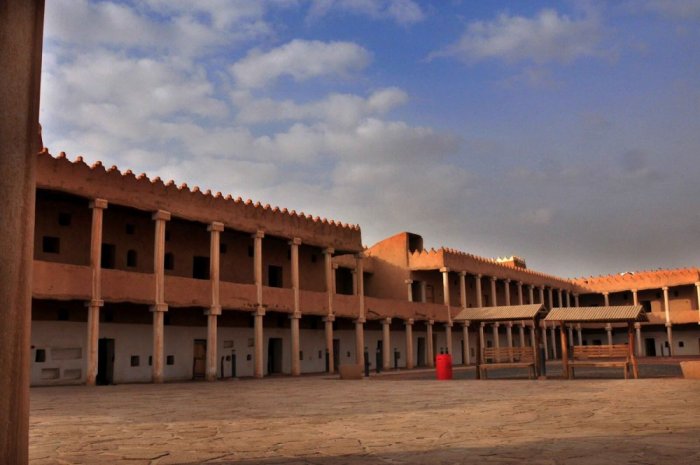 The Qashla Palace is the largest mud building 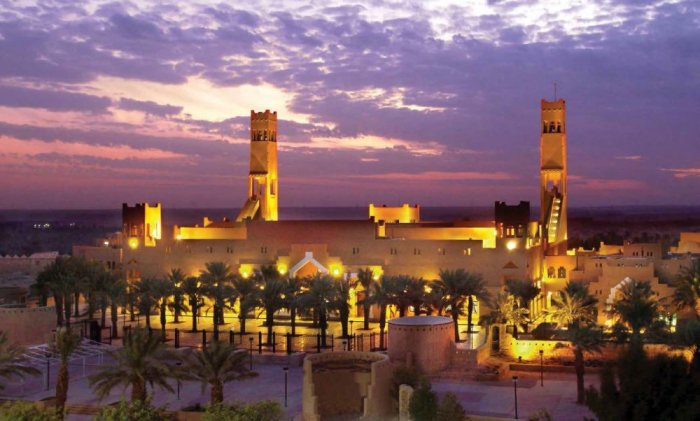 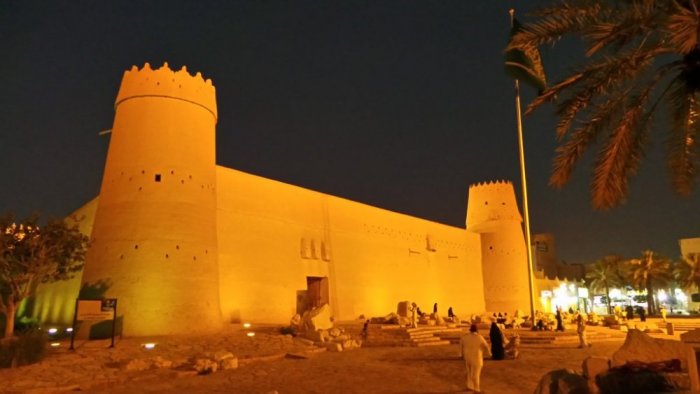 Masmak Palace, the most famous landmarks of the capital Riyadh 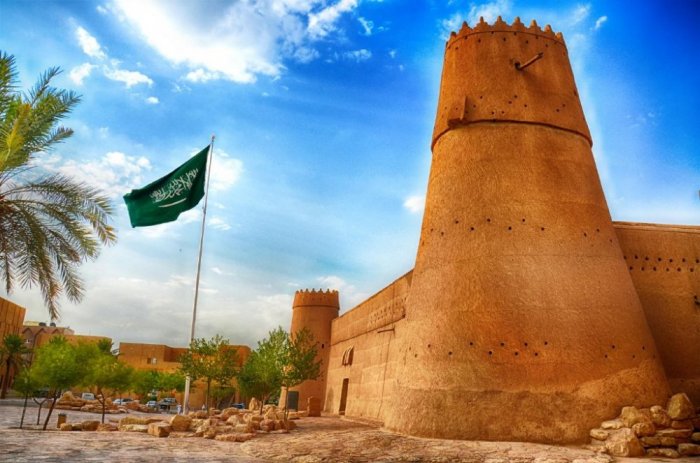 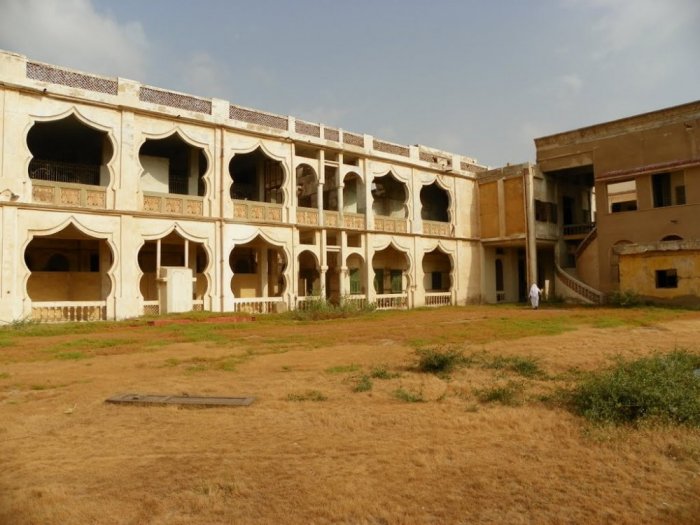 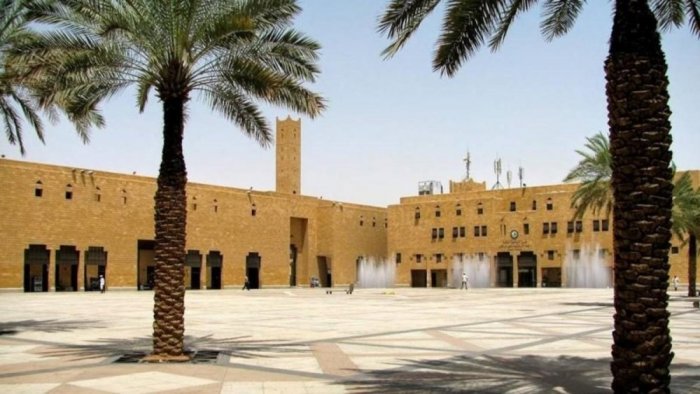 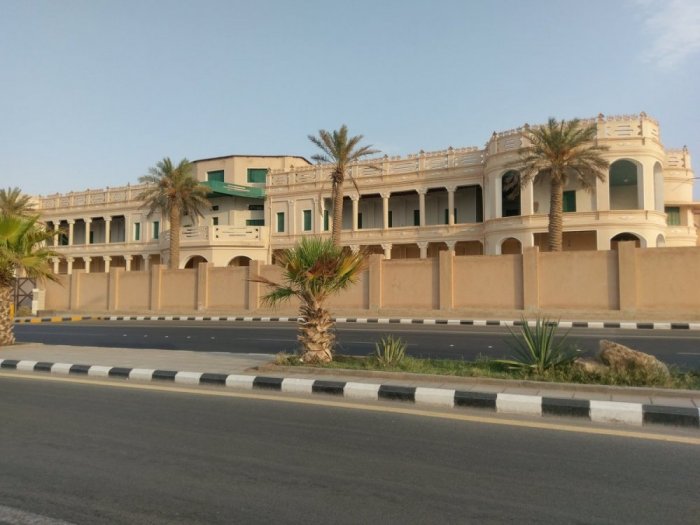 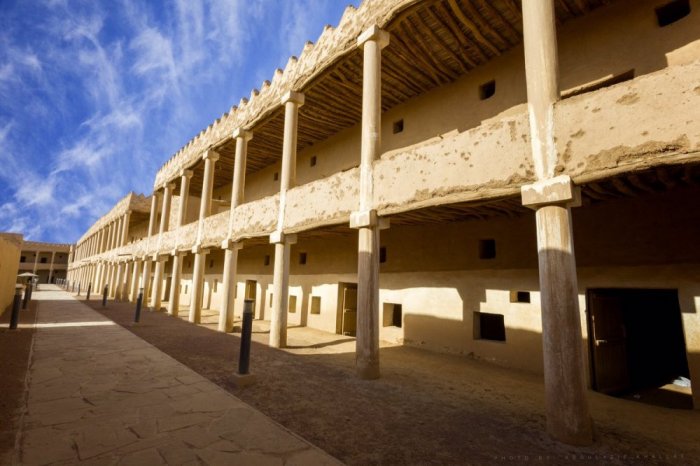