Top 10 places of entertainment in Jordan, we recommend you to visit

The 4 best activities in the Salzburg Zoo Austria

Report on the Braira Dammam Hotel

How many rooms the American white house has

Today we will provide you with information about tourism in Italy, Italy is one of the most important countries that witness a great demand by tourists, and without exaggeration this country can be described as God’s paradise on earth, as it possesses all the ingredients that made it among the countries that attract tourists from everywhere in the world Besides its beaches and enchanting natural landscapes, it also includes historical archaeological sites that date back to Romen and Greek times, as well as its cuisine famous for providing delicious italyn cuisine such as pizza, and through the following lines in the Arab travelers we will get to know the most beautiful tourist places in Italy She took it.

Information about tourism in Italy

The italyn city of Milan is full of natural and archaeological monuments that attract many tourists, and the most important of these are the following:

One of the most important landmarks of Milan, the Cefico di Milan aquarium is an old building with a large waterway with multiple paths that includes a variety of marine animals, fish and creatures found in Italy’s rivers and lakes, including sea stars, sea lions and other rare creatures.
Upon entering the Aquarium, visitors will find at its entrance a statue of the Romen god of the sea and water (Lentboh), and you can also enjoy watching the most important art paintings dating back to 160 years, located in the Museum of the small Aquarium, along with other paintings for explorers of the seas.
Entry prices: 5 euros per person.
Visit times: From Tuesday to Sunday, from nine in the morning until half past five in the evening.
To find out more information about the Cefico de Milan Aquarium, visit its official website here. 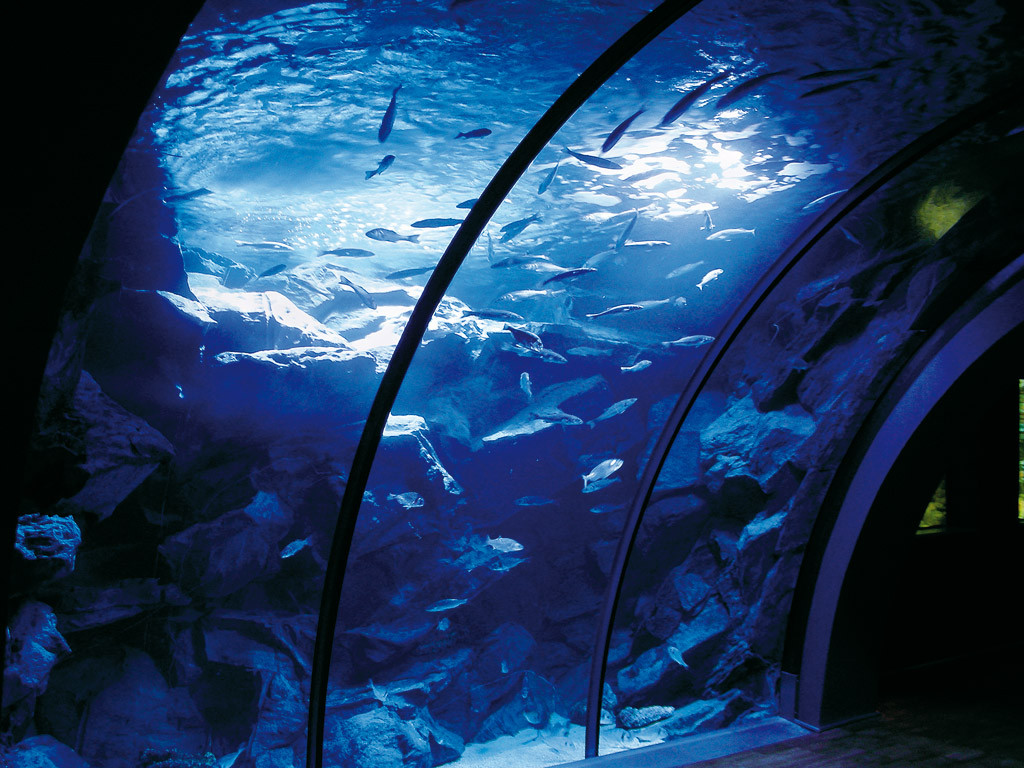 Read:The most beautiful tourist places in the Maldives

Perhaps the most famous thing in Milan is the Duomo square, due to the historical landmarks it contains such as the Galleria Vittorio Emanuele II building, the Duomo cathedral and other monuments, and on the occasions the square witnesses many artistic and lyrical performances and distinguished celebrations. 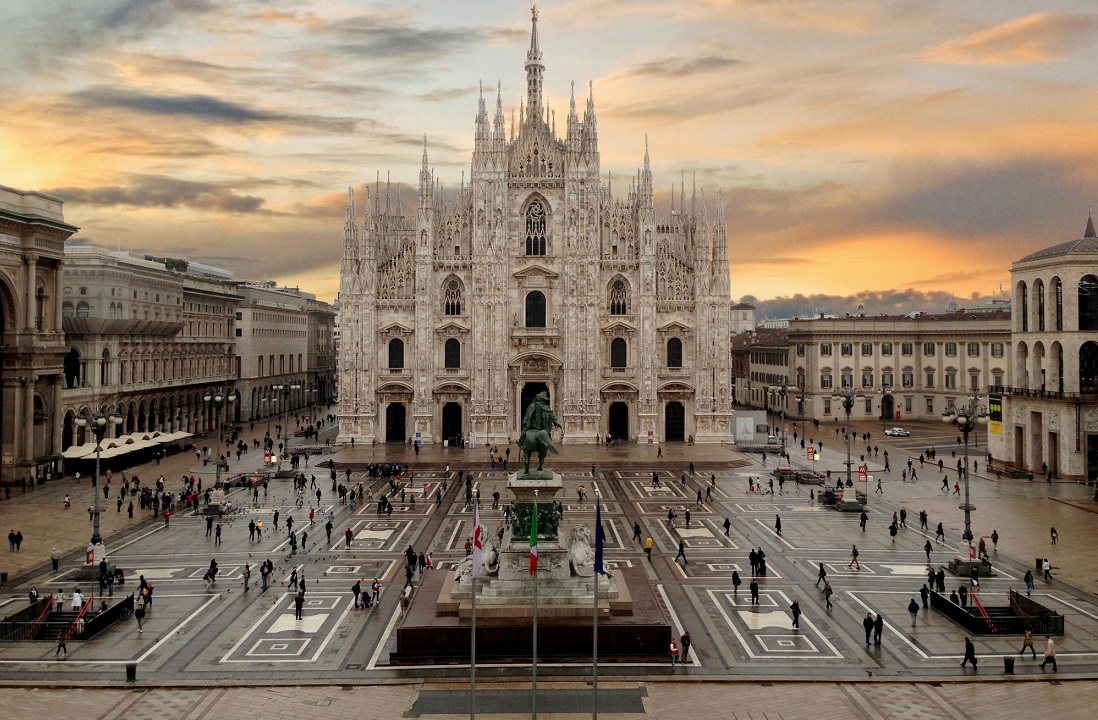 The fifteenth century witnessed the construction of one of the largest castles of Europe, the Sforzesco Castle located in northern Italy, which witnesses a large number of visitors from everywhere. The entrance to the castle contains green spaces decorated with the most beautiful types of flowers. The interior of the castle includes a large collection of historical pieces And antiquities, each of which is displayed in a dedicated room.
Entry prices: 5 euros for adults.
Admission is free for persons under 18 years of age.
Visit times: From Tuesday to Sunday, from seven in the morning until half past seven in the evening. 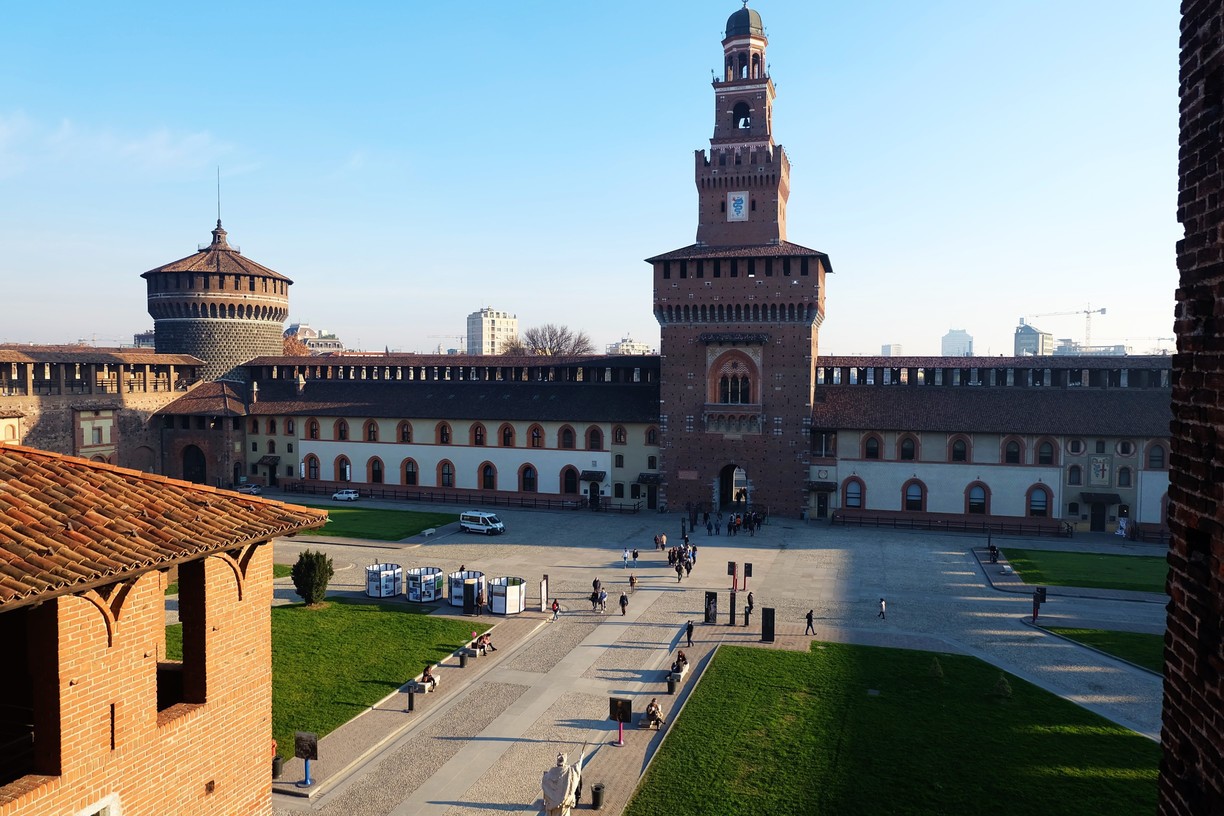 The italyn capital, Rome, is distinguished by its large area and long history dating back more than 2500 years, which is the city that witnessed the birth of the Romen civilization, so it is packed with many distinct historical monuments, including the following:

Read:What are the most beautiful places in Abu Dhabi

It is one of the most famous historical places in Rome, and it is located in the center of ancient Rome, specifically between the plateaux of Capitoline and Palatine, which is a square with a rectangular shape and contains statues that immortalize the memory of the ancient Romens, in addition to temples and shrines dating back to the Romen Kingdom.
In the past, this place witnessed public trials, public speeches, government elections, and many popular celebrations, in addition to the official meetings of the Romen Republic, which were held in the famous Vista Temple.
The forum also includes many other landmarks such as the Temple of Saturn, Arch of Titus, Church of San Luca and Martina, in addition to the remains of other historical buildings.
Entry prices: 12 euros for adults, 7.5 euros for those under 17.
Visit times: Every day from eight in the morning until six in the evening. 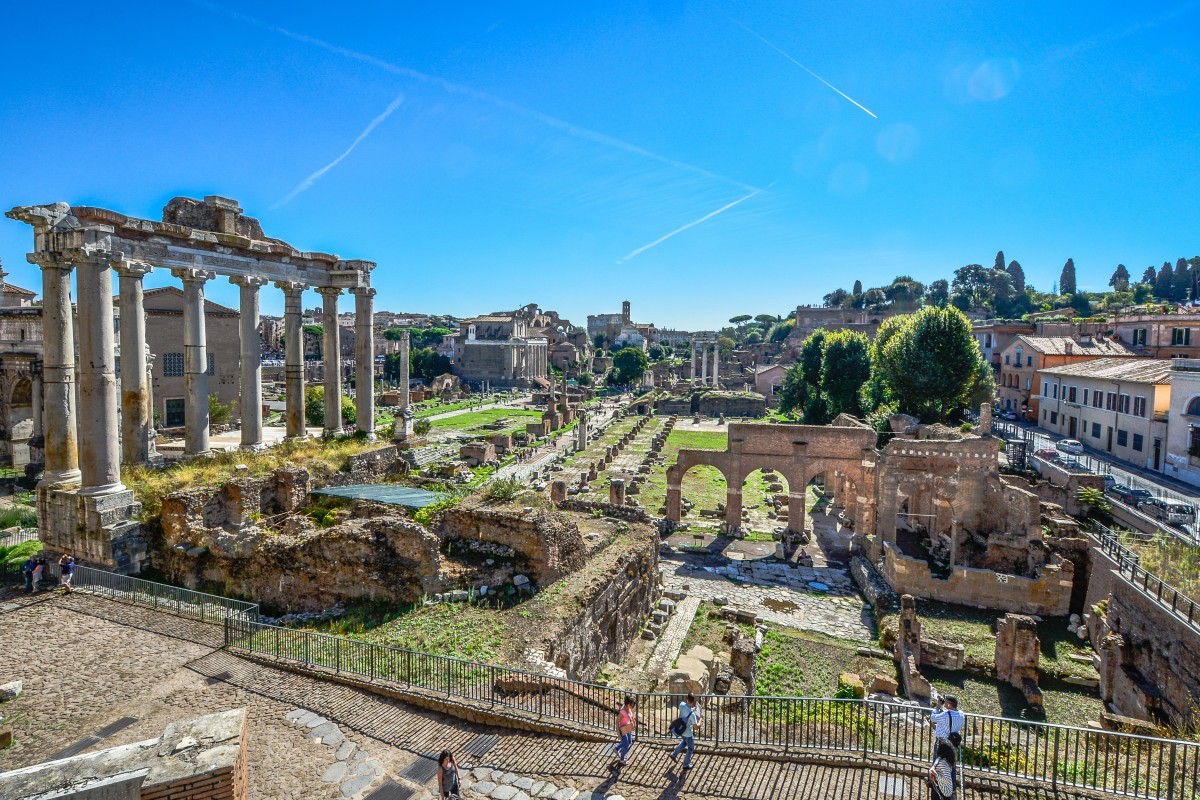 The Pantheon is considered one of the oldest historical buildings in Rome, and it is a building that represented a temple to all deities, was built in Romen times, and was initially used as a church for Christians.
The porch of the temple contains a dome with many holes that allow sunlight to enter, which gives the building an impressive interior lighting, in addition to the huge pillars that granite was used to make, which added to the beauty of the building’s appearance from the inside.
Visit times: Everyday from nine in the morning until seven in the evening. 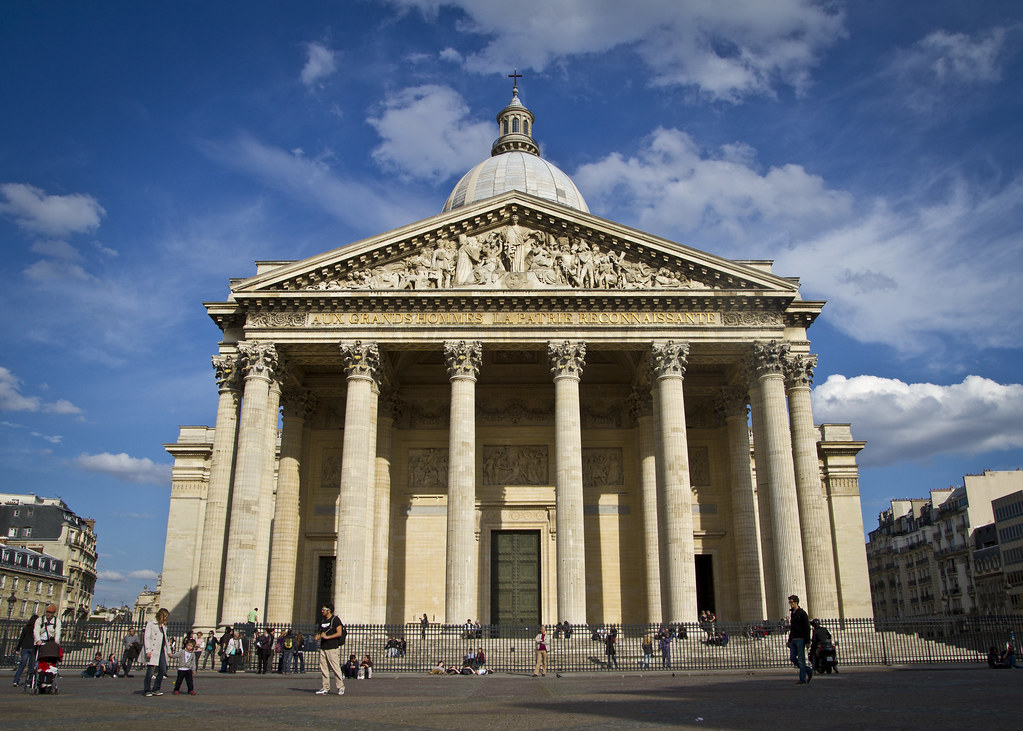 The Borghese Museum is considered one of the most important tourist attractions in the italyn capital, it contains a huge collection of rare sculptures, in addition to statues and beautiful paintings such as profane love and the sacred memo, along with many famous pieces of art such as the sick Bacchus and St. Jerome among others. 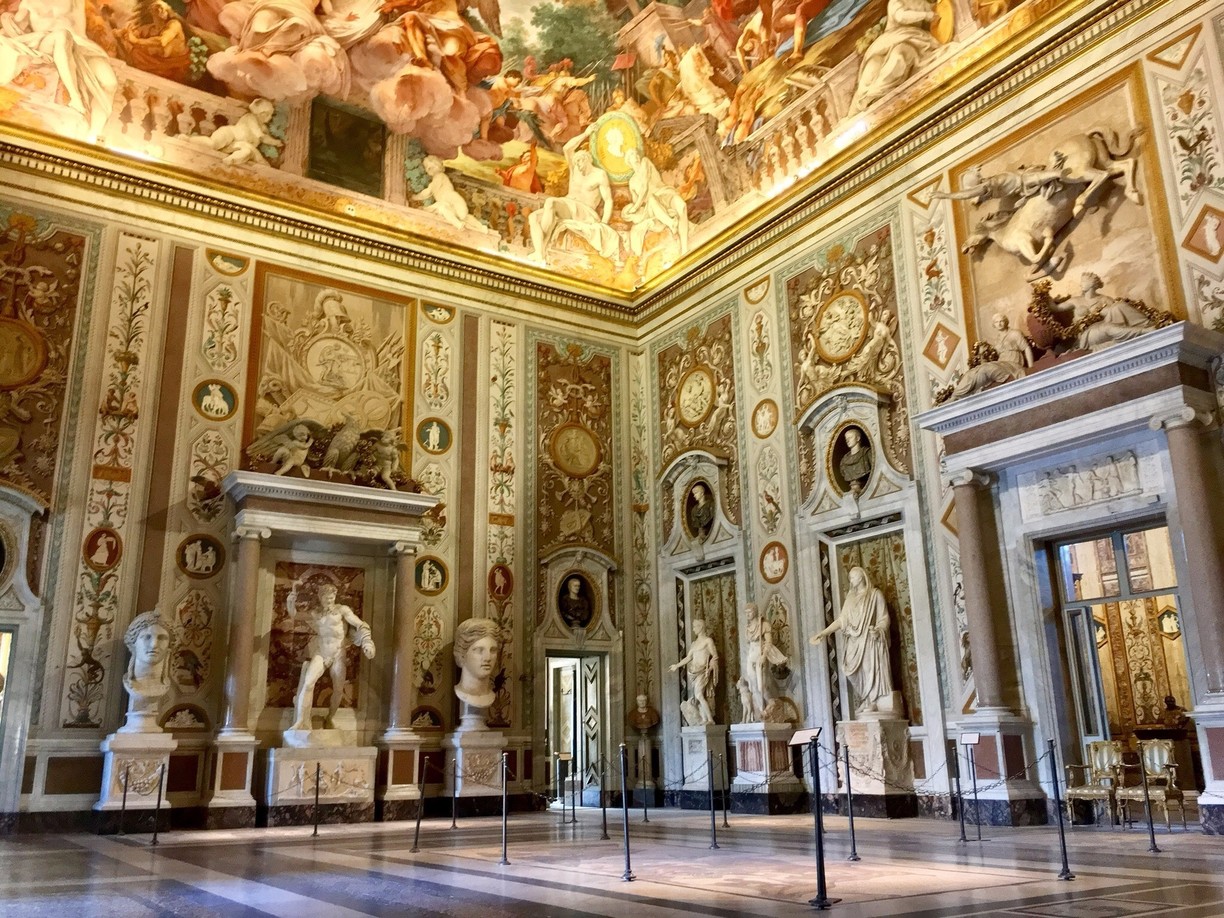 The best sights in Spain Madrid

The most beautiful tourist attractions in Spain Barcelona

Report on the Cleopatra Hotel Luxor

The 7 most important museums in Paris, France, are worth a visit

The 6 most important activities at Merlion Park Singapore

A report on the Hussein Constantine Hotel

The best tourist areas in Italy with children