Islamic museums of Turkey .. Learn about the most famous museums of Islamic nature in Turkey …

Islamic museums of Turkey .. Turkey has a great history, so it includes a large number of archaeological museums of all kinds. Since Turkey is an Islamic country, it includes museums of an Islamic nature, and Arab travelers give you your guide to visit these wonderful places .. 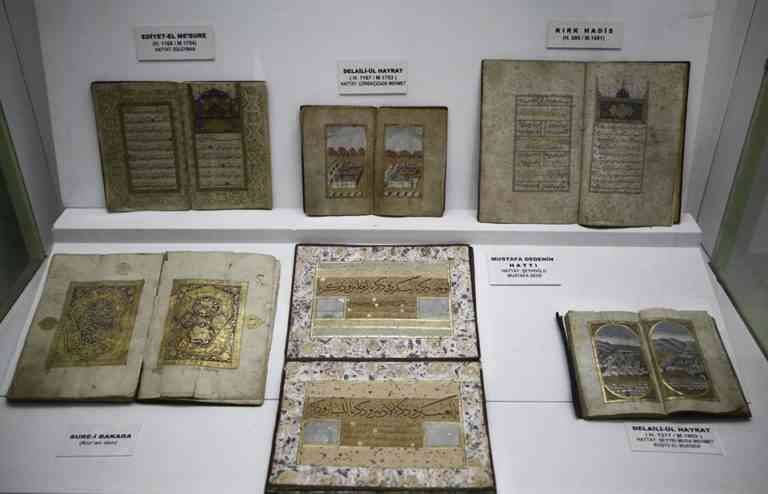 The Turkish Islamic Archeology Museum is located in Sultanahmet Square in Istanbul, Turkey, and close to Ahmed III Mosque, this museum was originally a palace of Ibrahim Pasha in 1524, but the contents of the Museum of “Islamic Endowments” of the Sulaymaniyah Complex were transferred to it to become its name the Islamic Archeology Museum in 1983 as well It was restored for a period of two years at a cost of up to 16 million Turkish liras and was opened again during the era of Omar Celik, Minister of Tourism and Culture in Turkey and the opening was attended by the Grand Mufti of Istanbul, Rahmi Yaran and the mayor. What distinguishes the museum is that many researchers, students of science and artists mean it is a reference of great importance to them K Do thousands of tourists go to it annually to see its ancient monuments and contents of an Islamic nature, such as pieces of carpets that are among the rarest collections of carpets in the world and boxes for preserving the Qur’an and its holders and copies of the Noble Qur’an, manuscripts dating back to the period between the 8th and 19th centuries and numbering 15,000 As the development of the city’s history was presented, the museum also illustrates the changing concepts in the social and cultural life of the Turks after the introduction of Islam, and it also shows the mixing and homogeneity between the local culture of the Turks with the Islamic culture. For wood, metal, ceramic and stone are also elements of nomadic life black Kaljim and other elements of the old Turkish life. Read also: Mosques of Turkey Istanbul .. Learn about the largest mosques

The departments that make up the museum:

The museum consists of seven sections that contain many antiquities of an Islamic nature and number up to 45 thousand artifacts, here are these sections: – “Wood relics” section This section shows visitors the stages of wood manufacture in Anatolia in the period from 9-10 century and wood industries in The Seljuq era, the Anatolian Bakawi period, and the antique woodwork inlaid and decorated with elephant ivory and seashells belonging to the Ottoman era in the country. This pastor M Islamic glass art industries in the period from the 10th century AD, especially in the regions of Aznik and Bursa and the archaeological finds that were discovered in the period from 1908 to 1914 AD and the niches and walls made of porcelain and decorations back to the Kılıç Aslan Palace located in the city of Konya. The most important work is a ceramic dish. A decree under a blue, white and red paint on which the word “Majesty of God” is written on it by the naskh script and a ceramic plate of the Great Mosque of Mecca and the Holy Kaaba and written on it by the script line of the Qur’anic verse “The first house was placed for the people who blessed the network and guided to the worlds the signs of the evidence of the abode of Abraham and who entered it was the mother The department “Art of Metallurgical Industries” This section displays the hammers, dirhams, jugs and symbols of the planets and metal constellations. Department of ancient arts “ethnography” which means describing peoples and dynasties by identifying their cultures and behaviors so the museum includes various ethnic tools such as the tools that were used In the daily life of the Bedouin community, as well as the tools used in the art of spinning and making carpets, clothes, and bedspreads. – The “Stone Industries” section includes many stone relics such as stone cutting tools. – The “Art of Calligraphy and Handwriting” section is the largest part of the museum with 15 thousand antique manuscripts. It dates back to the second century until the early 14th century for the migration and manuscripts of famous calligraphers and includes copies of the Noble Qur’an, the most famous of which is a Mushaf belonging to the Safavid state of Iran written in gold water .– The “Carpet” section explains the types of Turkish carpets with their natural colors and red colors taken from the scarlet worm and their high-quality wools, displaying prayer rugs. Bedouin carpets in exquisite colors. 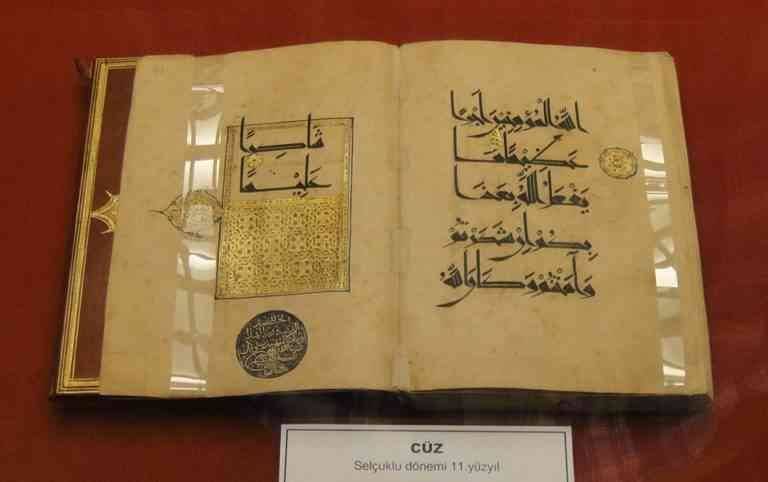 Istanbul Islamic Museum includes a large number of Islamic monuments, it is one of the most important Islamic museums in Turkey, we recommend you dear tourist to walk around the museum to learn about its contents and then visit the Sultan Ahmed Mosque, which is near it, as well as the basilica tanker and do not miss a Turkish meal in one of the nearby restaurants.

It starts working from 9 am to 4:30 pm and entrance fees 20 Turkish liras per person and is located near the hotel “Hippodrome.” Read also: The most beautiful beaches of Istanbul .. Each of them has its own charm ..

Istanbul Archeology of the Apostle Museum 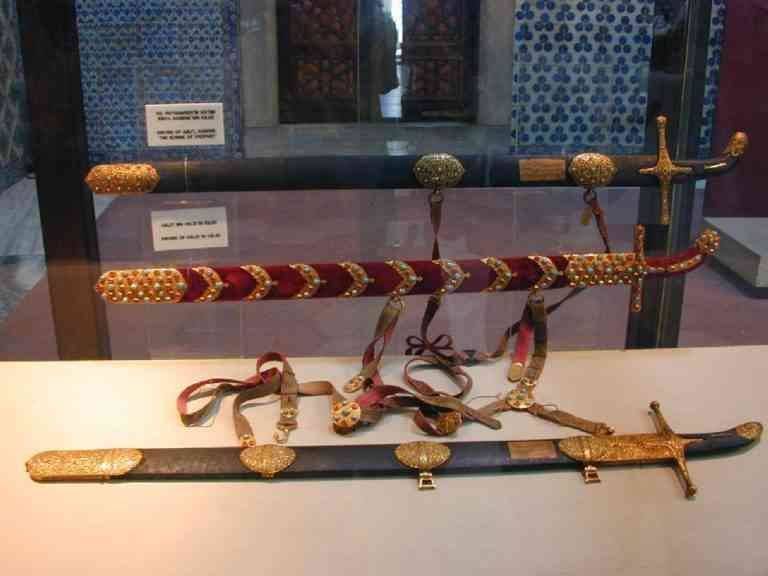 Istanbul Museum of Archeology of the MessengerThe Museum of Archeology of the Messenger, may God bless him and grant him peace, is one of the most important Islamic museums in Turkey and is located within the Topkapi Museum, which is one of the largest museums in Istanbul and was built by order of Sultan Mehmed the Conqueror in the Sultanahmet area and is one of the most important tourist attractions and these noble prophetic monuments obtained by sultans The Ottoman era in addition to what was reported on the train of the holy trusts from Medina to Turkey and the most important traces of the Messenger of God are his sword, part of his hair, his shoe, his turban, his sticks, his letters to the kings, the swords of the Companions and the keys to the Kaaba and the effect of the feet of the Messenger, peace be upon him, on the left A stone that brought m Dome of the Rock in Jerusalem and also the banner of the Messenger of Allah in the opening of the Khyber so dear tourist wandering around the museum to view its contents value and then eat a Turkish meal in a restaurant nearby and do not forget to buy antiques and souvenirs in the museum shops.

Work begins in the museum from 9 am to 6 pm and holidays on Mondays and on official holidays. The price of the entrance ticket is 20 TL for children and 35 TL for adults, and next to it are the best hotels such as the “Raymondbou Hotel” which is a 5-minute walk away, a hotel. Theodora is located in front of the museum.

The cost of tourism in Langkawi … the most beautiful islands of Malaysia and your economic guide to save more expenses.