One of the Seven Wonders of the World and it is an ancient city located in Ma’an in Jordan (the Hashemite Kingdom of Jordan), a historical city that is distinguished by rocks and carved architecture in the mountain with the system of ancient water channels. Its name was launched pink city in relation to the color of its rocks and it is located on the slopes of the altar It is the northwestern metropolis of the Arabian Peninsula specifically Wadi Araba, which stretches from the Dead Sea to the Gulf of Aqaba.

The city was established as the capital of the Nabatean state. Its location was on the Silk Road, which is a road between the civilizations of the ancient world, Egypt, Palestine, and the country beyond the river. And that country occupied a large place in the countries of the ancient world.
The city was discovered in 1812 by the orientalist Johann Ludwaffe Barkhart, and UNESCO included it in the World Heritage List 1985 and was chosen from the seven wonders of the modern world and is today one of the most important manifestations of tourism in Jordan and the world because there is no analogy to it.
The name Petra means rock in Greek, and the city is distinguished by its inscription in the sandstone in the rocks of Wadi Musa, and this is perhaps one of the factors to be called the pink city.
The city was greatly affected by the Nabataean architecture and both the Egyptian, Assyrian and Greek architecture. The city was built according to the general plan of the main street city affected by Roman architecture. It divides the city into two parts and it biases the valley then some underground channels and stone arches that rise from the valley’s torrent.
The most important archaeological sites within the city
There are 800 known monuments, but scientists have discovered about 3000 archaeological monuments, perhaps the most prominent.
Siq 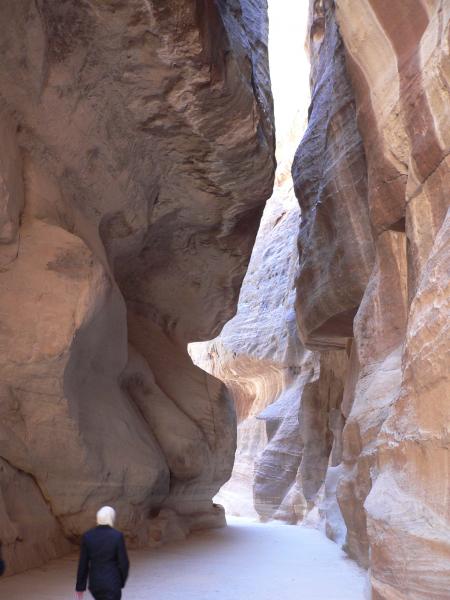 And it is the main road leading to the city of Petra is a rocky crevice with a length of 1200 meters and a height of up to 80 meters the largest part of it is natural and the other is carved by the Nabataeans and there are remains of the arc of the city and on its sides channels to draw water extending from the eyes of Wadi Musa out of the city and on the left side there are some The sculptures are named after the idols of Sabinus, and the name refers to the son of Alexander the Macedonian, founder of the Ptolemaic State in Egypt.
the safe
One of the most famous, most famous and important landmarks of Petra is the sadness carved in the rock. It was called this name because it is believed that there is a treasure consisting of two floors with a width of 25 meters and a height of 39 meters. It is considered a royal shrine consisting of six columns with a length of 12 meters and the floor The top is 9 meters. The area of ​​the jar at the top is about 3.5 meters. It consists of the interior of three rooms, two on the side, and one in the middle. The two sides are empty.
Monastery 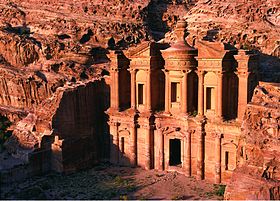 It dates back to the first half of the first century AD and is one of the important buildings there and it consists of two floors with a width of 50 meters and a height of 50 meters as well.
The theater
It is carved from rock with the exception of the front part. It is built to accommodate about 10 thousand scenes with 45 rows, divided horizontally into three sections. It was built in the first century AD and is characterized by columns and panels covered in marble.
The altar 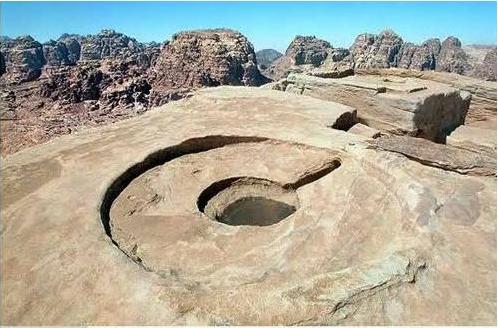 This building was used by the Crusaders and is considered to be the connecting link between the rugged castle and the Habis. After the theater celebrations, the religious processions ascended to the altar and presented the offerings, which is a square surrounded by rules from all sides.
The great temple 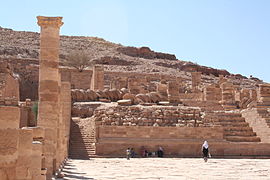 It is located on the south side, and it is one of the largest buildings in Petra. It consists of a main entrance, then a lower square, and on the side two identical buildings in a circular way on the side, broad staircases that lead to the holy square.
The court 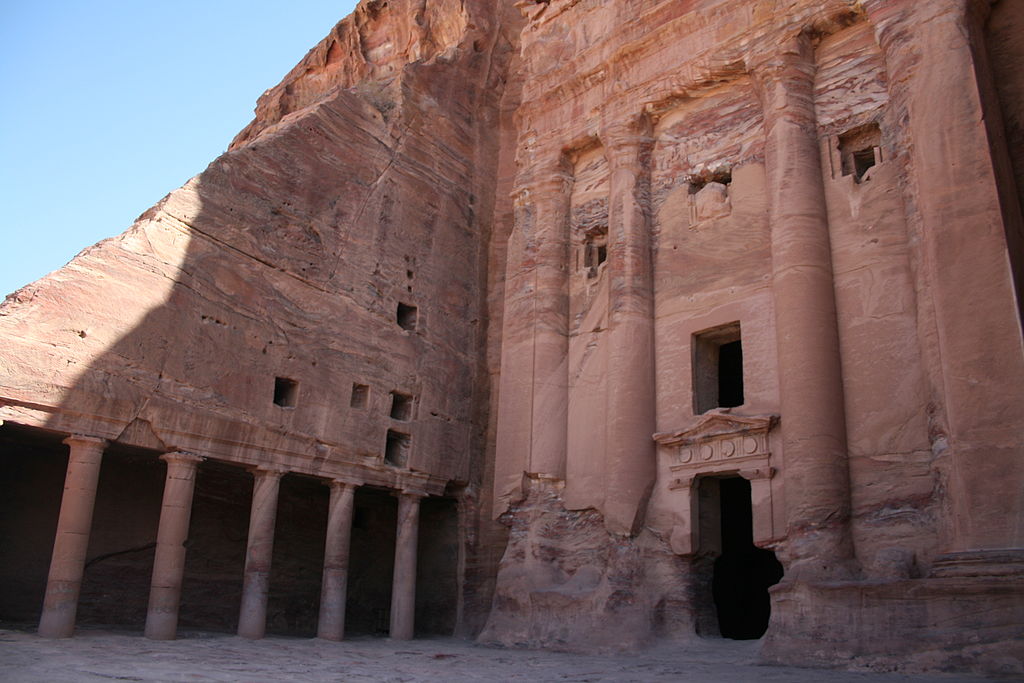 It is built of a group of facades, such as the tomb of the jar. The width of the façade is 16 meters and the height is 26 meters. It consists of two floors containing arches under the burial hall, and there is a stairway that climbs to the burial yard at the top.
The girl’s palace 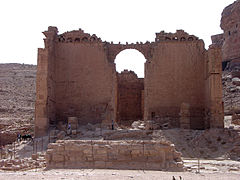 It dates back to the first century AD and is a Nabati palace, which is the buildings that withstood the earthquake and were dedicated to one of the main deities.
There are many other archaeological sites such as the funeral hall, the Roman soldier’s tomb, and many small temples such as the Winged Temple of Lions.

All you need to know about Ambon in Indonesia

The best things to do in Abha, Saudi Arabia