The Amazon jungle is located in the north of the South American continent and is distinguished by its geographical location, from the north it is bordered by the heights of Guyana and from the south it is bordered by the Central Brazilian Plateau and from the east by the Atlantic Ocean and from the west by the Andes Mountains, and its area is enormous amounting to 6 million km horrific it is the largest tropical rainforest in the world and includes parts of nine Countries are Brazil, Peru, Bolivia, Colombia, Ecuador, Guyana, Venezuela, French Guiana and Suriname and due to its large area it contains huge numbers of rivers, trees and animals and therefore provides you with information about the nature of the Amazon jungle.

As for the population of up to 9 million people, and as a result of the population increase only, this led to the cutting of many trees to replace them with residential buildings. The organizations responsible for environmental protection are now keen on imposing strict penalties on those who do so.

Information about nature in the Amazon jungle

– The largest part of it is in Brazil, which makes up half of the world’s rainforests
The history of the Amazon jungle dates back more than 55 million years, so there are animals that are not found anywhere else in the world. 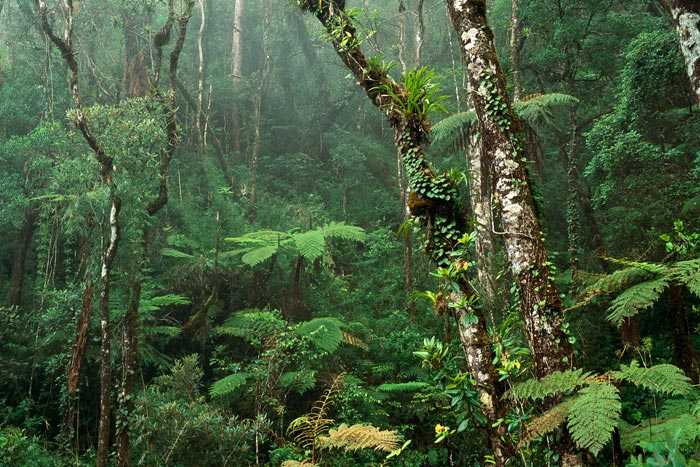 The leaves of plants are broad.
The Amazon jungle covers about 40% of the continent of South America.
There is the largest river in the world, the Amazon River.
– The Amazon jungle contains about 16 thousand types of trees, which number about 390 billion trees, and there are 40 thousand types of plants, 3000 types of fruits and many anti-cancer plants.
– The Amazon jungle has more than 2.5 million species of insects, where there are the most dangerous types of spiders, snakes and lizards, which is the home of the famous Anaconda, and there are poisonous frogs and bloodsucking bats.
One of the most beautiful birds in the toucan, given its loud voice, which reaches half a mile.
– Nature in the Amazon jungle is wonderful, because rain to reach the earth needs to fall for at least ten minutes because of the density of foliage.
Some parts of the Amazon jungle are dark, even in the afternoon, due to the intensity of the trees and their broad leaves that block the sunlight.
The rainbow in the Amazon jungle forms a lot around the sun.
– Nature in the Amazon jungle provides us with strange types of plants, such as dynamite trees, because it is one of the strangest trees in the world, and this name was given to them because when they ripen, they do not fall to the ground, but they explode and scatter their seeds for a long distance.
– The transparent frog is considered one of the wonders of nature in the Amazon, as it is a transparent frog whose inner organs can be seen as there are forests that are poisonous frogs, despite their beautiful and attractive colors, but they are fatal.
The Amazon jungle has a great importance in preserving life on the planet because it works to purify the atmosphere and convert carbon dioxide into the oxygen gas that we inhale through the process of photosynthesis. 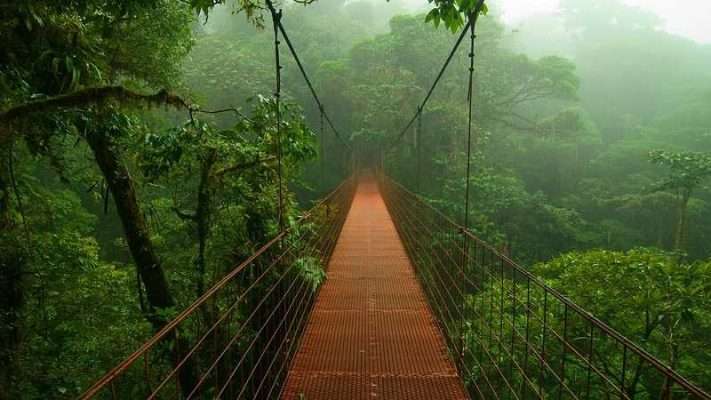 – Scientists explain that the Amazon forests in the past were green pastures about 2000 years ago, but as a result of climate changes and increased humidity the Amazon region became rainforests.
– Manu Reserve is one of the most beautiful areas of the Amazon forest, due to its beautiful natural scenes, and that is why UNESCO annexed it to the reality of the world heritage, which is present in Peru, characterized by the presence of thousands of parrots in it, in addition to the raging birds, heron bird and endangered species.
– Madi National Park in Bolivia is part of the Amazon jungle and is characterized by beautiful highlands, wild animals and various birds and is a great destination for hiking in the forests.
– Monkey Island is one of the most beautiful areas of the Amazon jungle, it is located in Ecuador and is characterized by the abundance of monkeys in it as it contains 8 types of monkeys as hunting lovers go to it because there are many fish in it and there is a famous piranha and one of the most beautiful activities that are carried out are the river cruises to enjoy a picnic River in this natural atmosphere

Find out about the best Filipino economic airlines