Learn about the Al-Ula region, which hosts the activities of the Winter Festival Tantura

In northwestern Saudi Arabia, the Al-Ola oasis stands as a testament to the greatness and efforts of man spanning thousands of years. As one of the greatest wonders of the world surrounded by natural beauty and wonderful ancient ruins, Al Ula has become one of the best preserved heritage sites in the world, and a home to many ancient civilizations.

And if we traveled through history, specifically to the sixth century B.C., we will surely see how Al Ula was the chosen capital of two ancient civilizations, the Dada and Lahian civilizations, as it was one of the most important sites of the Nabataeans. As for the first millennium BC, it formed a prominent station along the trade routes from southern Arabia towards Mesopotamia, Egypt and so forth.

For thousands of years, man settled in the Al-Ula region, working to manage and manage the natural existence of groundwater through successive civilizations, which contributed to its development into a productive oasis, which strengthened its prosperity and continuous creativity throughout history.

And the matter does not stop there! Speaking of Al-Ula, it is necessary to refer to the most famous settlements and the first site on the UNESCO World Heritage List in the Kingdom of Saudi Arabia, which is the city of the Nabatean Hijra, now known as Al-Hijr and Madain Saleh, which comes second after Petra in importance. The stone was mentioned several times in the Noble Qur’an, and one of the Quranic verses bore its name.

The region carries a unique peculiarity in the path of the Messenger of Peace, where it is believed that the Prophet Muhammad (peace and blessings be upon him) visited Wadi Al-Qura several times: once when he was twelve years old with his uncle, and again in the seventh year of migration, and a third time in the ninth year of migration (630 m) on his way to camping in Tabuk. Also notable sites of interest in Al Ula include Jabal Atkham, Jebel Al-Fil, Umm al-Daraj, and hundreds of monuments carved and engraved on the rocks. 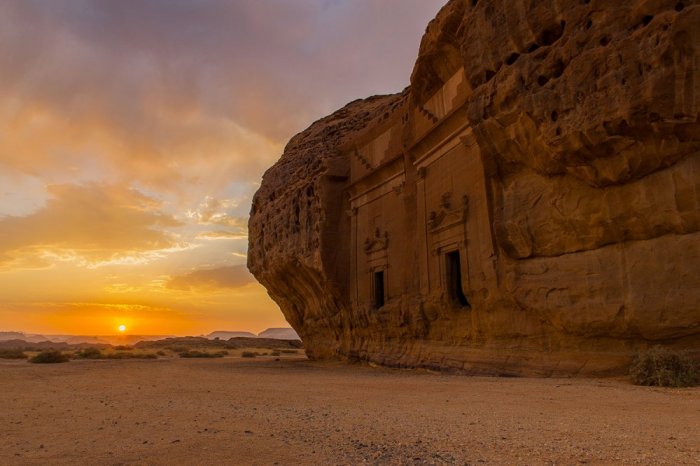 Learn about the Al-Ula region, which hosts the activities of the Winter Festival Tantura

5 reasons why “Tantura Winter Festival” is your destination this season

The most beautiful waterfalls in the world to visit during 2020