Learn about the Atlantico Water Museum

The unique Water Museum of Atlantico opened on January 10, 2017, which is the first underwater sculpture museum off the southern coast of the Spanish island of Lanzarote
The museum forms part of an underwater botanical garden, and it includes a large mirror that reflects the moving water surface of the ocean, which was raised on a group of supports containing small compartments and “living stations” designed to attract various marine living creatures such as octopus, sea urchins, and small fish. These statues are designed to spread environmental awareness and shed light on marine environment issues. Taylor manufactured the sculptures from pH neutral materials and marine cement that can withstand seawater for hundreds of years, and each sculptures will form artificial reefs that contribute to enhancing marine life, which has already witnessed an increase of more than 200% in the marine biomass. 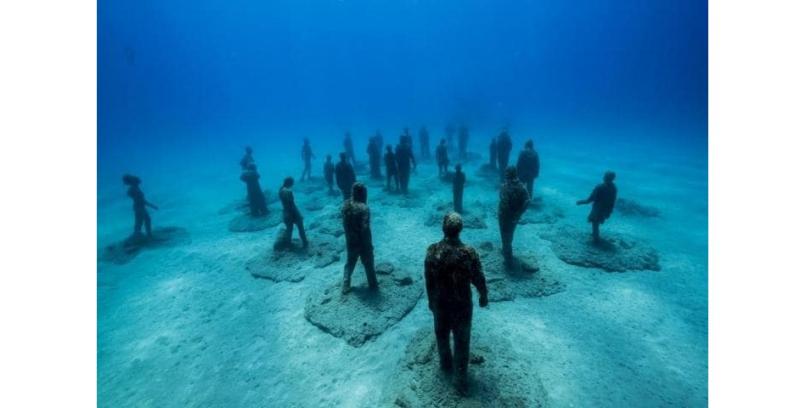 Some of these establishments include 35 sculptures that walk toward the gate, which rises to 30 meters in a huge wall weighing about 100 tons. It has been called “crossing to the Rubicon”, and sculptures of businessmen wearing their uniforms and playing in a children’s park, in addition to a group of sculptures that It embodies the tragedy of refugees in the Mediterranean, which bore the name “Lapidosa helicopter”, and carved “Human gyrus” which forms a wide circle that includes 200 sculptures in size and embodies various models of all ages and all areas of life. Taylor hired a local fisherman to embody the “immortal holocaust” work figure, which expresses the funeral holocaust, while the carved represents the moment when life leaves the human body, while wood that forms firewood expresses marine life. 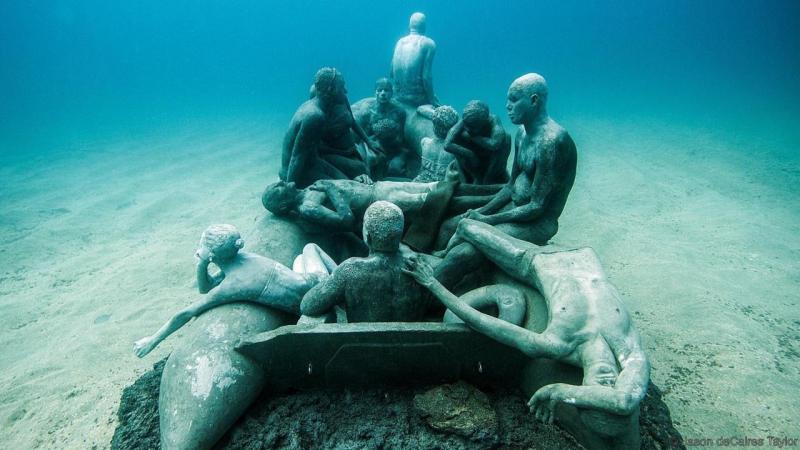 The work was participated in by a large team that included many professional divers who have carved the sculptures in the depths of the sea since the beginning of February 2016, and the local residents, visitors and many interested in the project contributed to the creation of these sculptures through the positioning as living statues. The project is expected to provide significant support to the local economy, and increase diving revenues and boat operators. 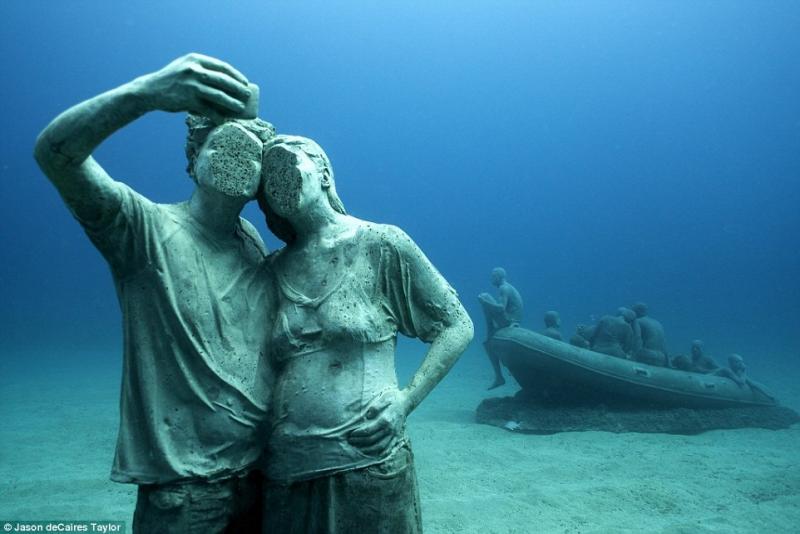 According to Taylor, the work aims to celebrate 2017 as a historical moment that charts a line in the sand and recalls the importance of preserving the climate and the oceans before it is too late, and the artist described his work as a greeting to all the people whose dreams and hopes lie on the sea floor.

Learn about the types of tickets for Disneyland

For fans of winter tourism Bergen is the perfect place