Learn about the best tourist places in North Dakota 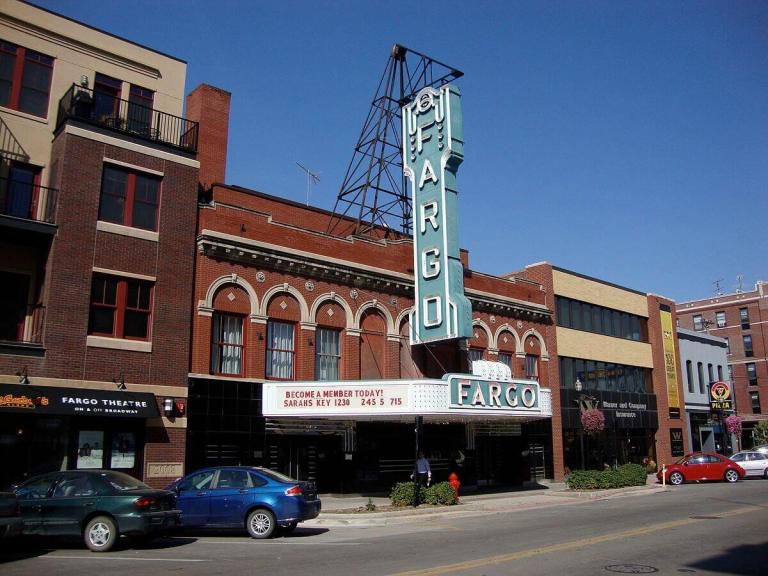 It is one of the theaters listed in the National Register of Historic Places, and has operated the Fargo Theater for Theatrical Performances, such as cinema, theater and deco art complex since its founding in 1926. Fargo Theater is located in downtown Fargo, North Dakota. It is the high runway for implementing world-class films and also sometimes hosting live shows and concerts. The Fargo Theater is also available for reservations for weddings and public gatherings with its magnificent halls located inside the Fargo Theater. Moreover, the theater hosts for several years in a row the Fargo Film Festival and the magic of thousands of movie lovers.
Scandinavian Heritage Park 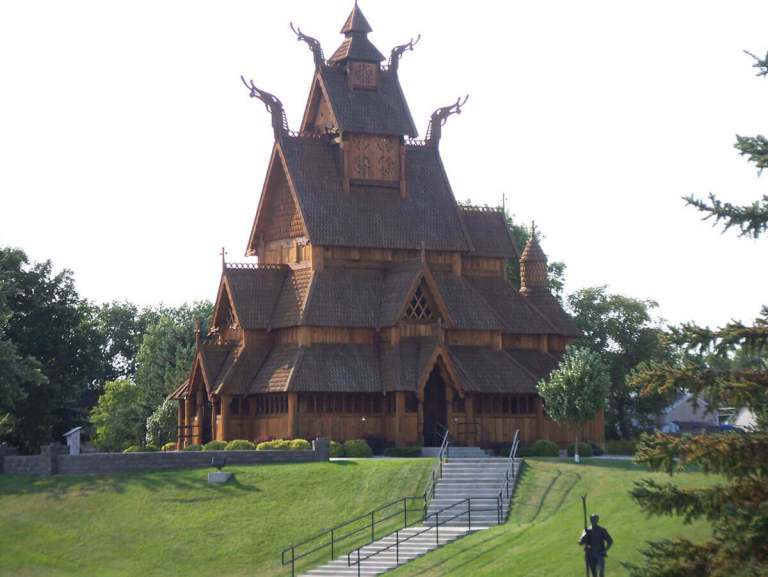 The Scandinavian Heritage Park is located in the province of Minot and is the only park located in the country, which provides a unique experience of Scandinavian culture in the Nordic countries that includes Norway, Finland, Sweden, Denmark and Iceland. The Scandinavian Heritage Park is made up of hundreds of imitated structures that represent Scandinavia and their cultures with special highlighting the magnificent buildings and original copies of some famous souvenirs, such as the Gol Stave Church and the Finnish sauna. There is a corner-based gift shop, which offers various Scandinavian souvenir opportunities.
Fort Abraham Lincoln State Park 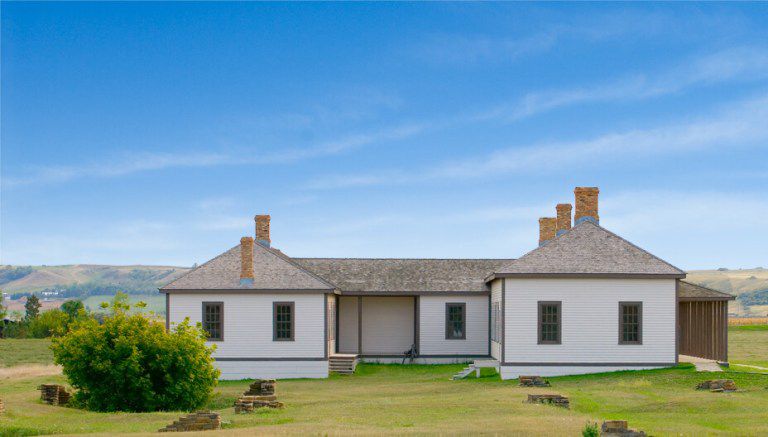 This historic site is located in North Dakota and is a popular destination for visitors and history buffs. This park is located a few miles from Mandan. Mandan took advantage of the garden during the 17th and 18th centuries, and then played a post-war role. Nowadays, the park includes many buildings and archaeological sites, including one from Mile Village and Beit Custer. Fort Lincoln Park provides distinctive living tours through different views, which attracts visitors to this place, where visitors can learn more about the history of this place. During high season, cultural competitions are held in the fort. Moreover, campsites and shelters are created for guests to spend a walk around the park.
National Buffalo Museum 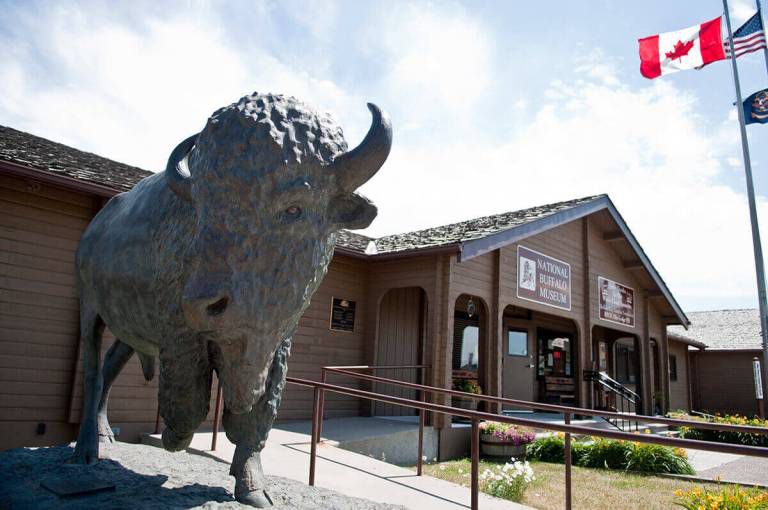 The Buffalo National Museum is close to the Bison Memorial and Border Town in Jamestown County. The place is home to the largest concrete bison in the world, which overlooks the valley as a major tourist attraction. The museum inspires the idea of ​​preserving Bison’s heritage, which has long been considered as a symbol and an important part of the country’s history. Visitors can get to know other animals through interactive exhibits and educational programs.
Knife River Indian Villages 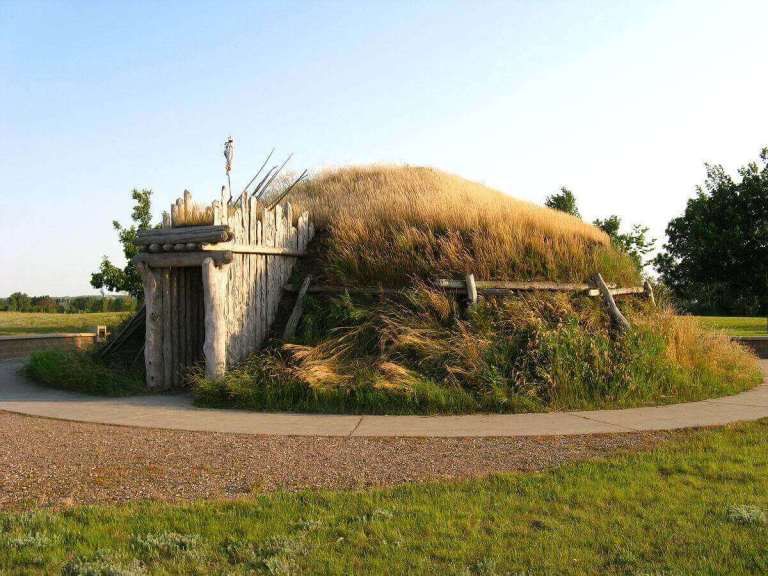 The Indian Knife River Villages is the National Historic and Archaeological Site established in 1974. The site preserves historical and archaeological remains from the history of the 15th and 16th century Indians. This archaeological site is located at the intersection of Skane and Missouri, near the village of Stanton. This site was built to preserve local Indian culture, and ancient villages were rebuilt throughout the region. There are festivals, events, and celebrations, which add to the pleasure of visitors to the place. Moreover, the forest lands surrounding the villages are also scenic with exotic wildlife.
International Peace Garden 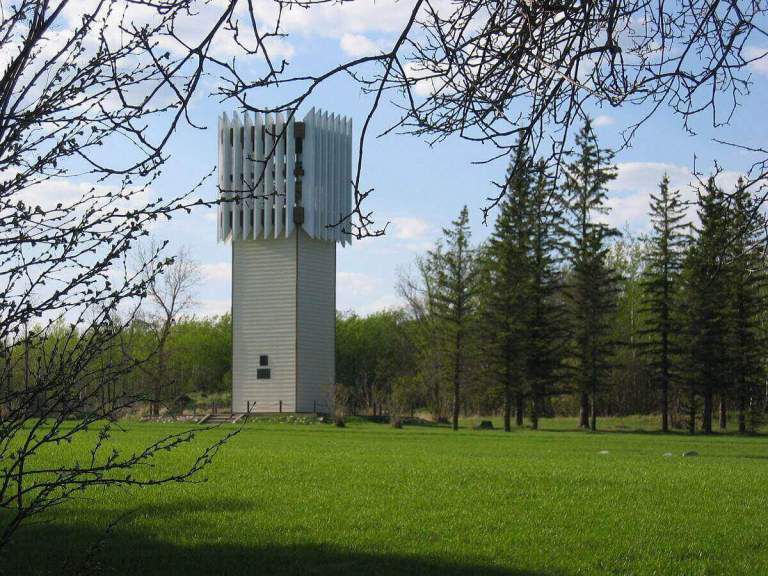 Built in 1932, the International Peace Park is located on the border of the United States and Canada, and covers an impressive area of ​​more than 2,000 acres. It symbolizes the peaceful relations that existed between the two countries since ancient times. The flower garden plants grow on an area of ​​150,000 as a reflection of peace and friendship. One of the advantages of the garden is the availability of several springs. Moreover, some parts of the World Trade Center remain in the park as signs of the monument. The explanatory center is located within lush green gardens that direct visitors about an unforgettable trip, as well as the opportunity to buy souvenirs from the shops, in addition to the possibility to eat delicious food in restaurants.
Maah Daah Hey Trail 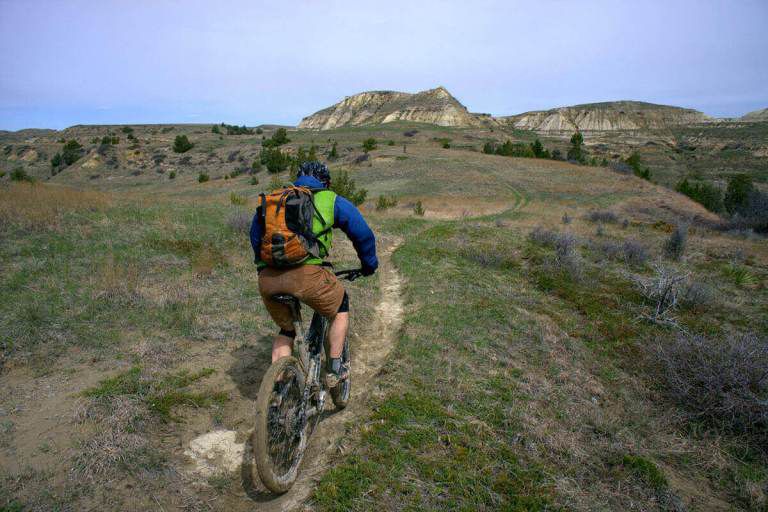 It is one of the most unique terrain, with tall plateaus, winding peaks and valleys that provide long hiking trails. It was marked as a symbol of the turtle, and used for riding horses, riders, and hikers. There are green lush forests, with a dramatic scene. Hikers enjoy all kinds of wildlife including deer, bison, and foxes roaming the rough terrain. The camps were created, with the necessary equipment, in several periods to accommodate visitor trips.
Chateau de Mores Historical Site 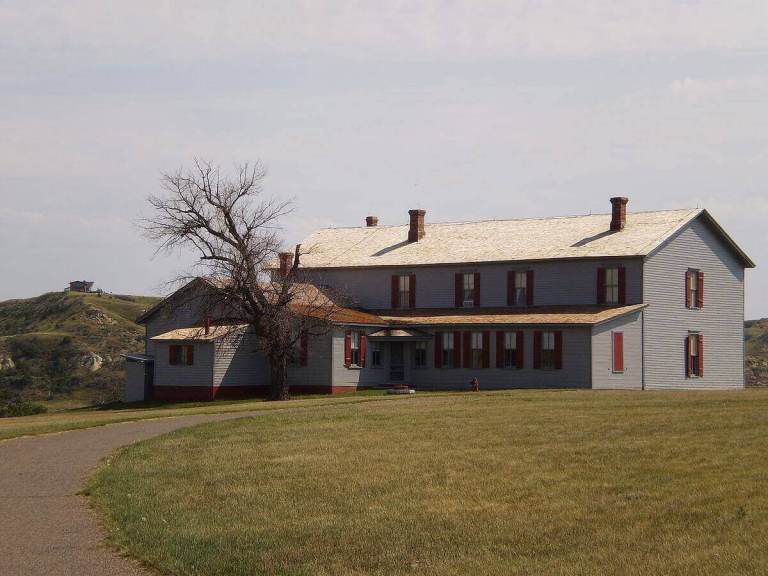 Château de Morris is a 26-room historic archaeological site in Medora, North Dakota, named after its owner, the famous French businessman. Nowadays, the Château preserves some of the original artifacts and furnishings from de Maurice’s life. The house acts as a museum of the state, with its exhibits displaying cultural art to visitors. Tourists can explore the area around the house with the historical government usages that include De Morris Memorial Park and the Smoky Garden.
North Dakota Heritage Center 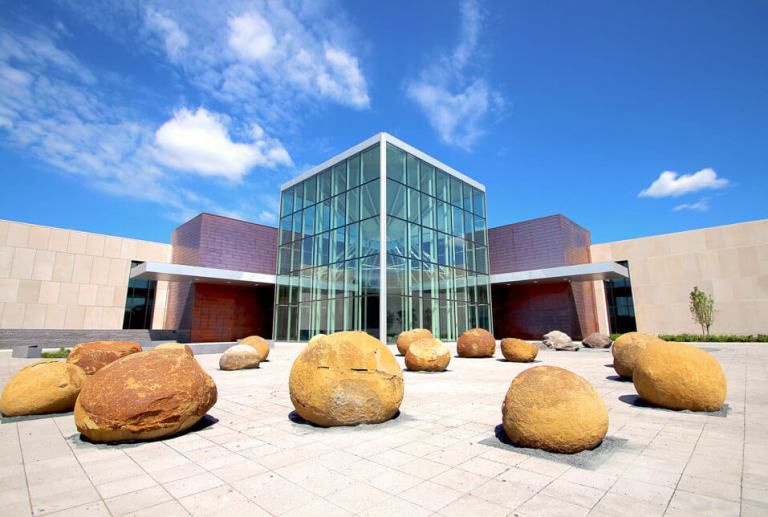 The North Dakota Heritage Center is the State Museum located in Bismarck. It houses several galleries, a couple of theaters and a museum shop. The center offers landmarks that date back to prehistoric history. Visitors can learn about and explore the age of dinosaurs, the heritage of various Native American tribes, and with historical artifacts from food leftovers from legendary artists. It also preserved samples of precious stones and rocks. The center includes many cultural events and festivals during the tourist season.
Theodore Roosevelt National Park 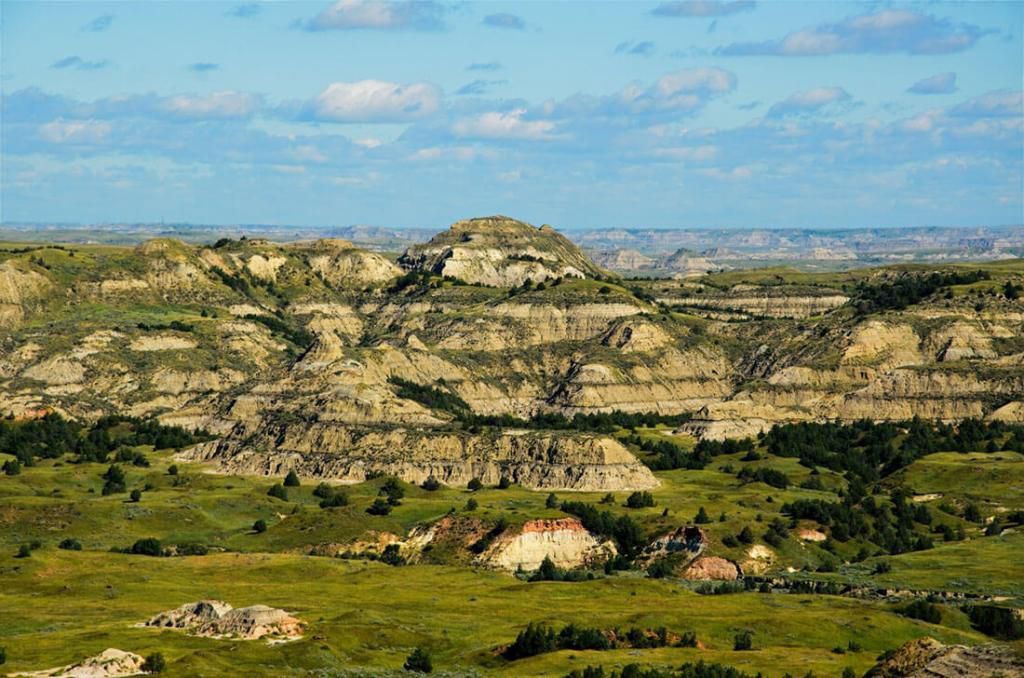 It was named after the US President, Theodore Roosevelt National Park as one of the most prominent trips to North Dakota. The park covers a large area with more than 70,000 dunums and consists of three sections of forest and arid lands. There are landscapes behind swaying hills and flowing streams that provide stunning views over 100 miles along the park. There are some of the best hiking trails, horse riding facilities and campgrounds available. The forest is home to a wide range of wildlife including bison, buffalo, horses and free deer.