Among the most important countries that attract large numbers of tourists with the aim of historical tourism, where there are many and many historical civilizational places, some of which entered the list of the global human heritage and others are waiting for the long civilizational list, where the features of the Turkish state were formed since the first and second primitive stone ages Through other ages such as the Iron, Bronze, and Copper ages until the establishment of the first countries of the Hittite, Byzantine and Roman states until the establishment of the Ottoman Empire, of course, each of these civilizations printed its distinctive mark on that land and formed its tourist attractions that flock to Visitors today to see her guardian, we recognize the next lines on the city Gorama formed by the city and state landmarks laid the Assyrian. 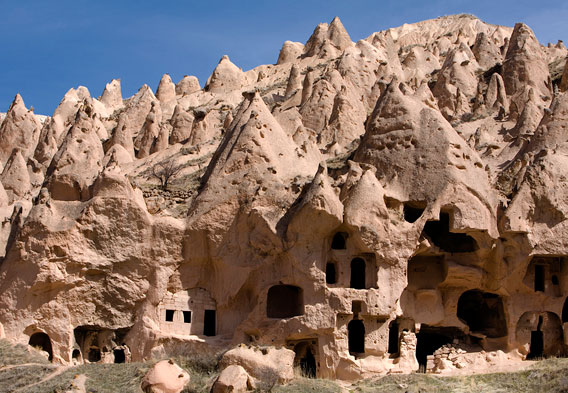 The history of the creation of the creative Göreme region dates back to the era of Assyrian rule, where the Assyrians lived there for long periods and lived the place until they devoured a number of other civilizations. Like the Phrygian Spice, Macedonian, Byzantine, Seljuk, Karaman, Ottoman, and other civilizations, each of these civilizations added their mark on the city, which showed and made Gurama one of the richest historical places rich in monuments in Turkey and the whole continent. 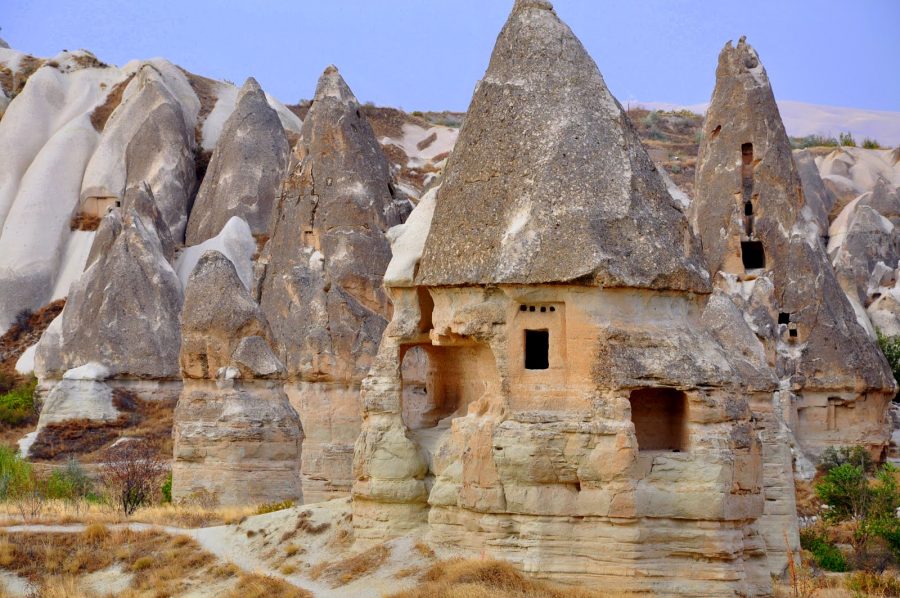 The city of Gorama is located in the city of Neve Shaheer, which is about three and a half hours away from the Turkish capital, by bus, and by plane about half an hour only, and the distance between it and Istanbul about half an hour by plane. Gorama is one of the most important tourist stations located in the entrance to the historical city of Cappadocia, full of stone monuments carved in the mountains. The jinn who carved these monuments, but it was certainly built in the shadow of the Assyrian era of the region. Very special historical places. 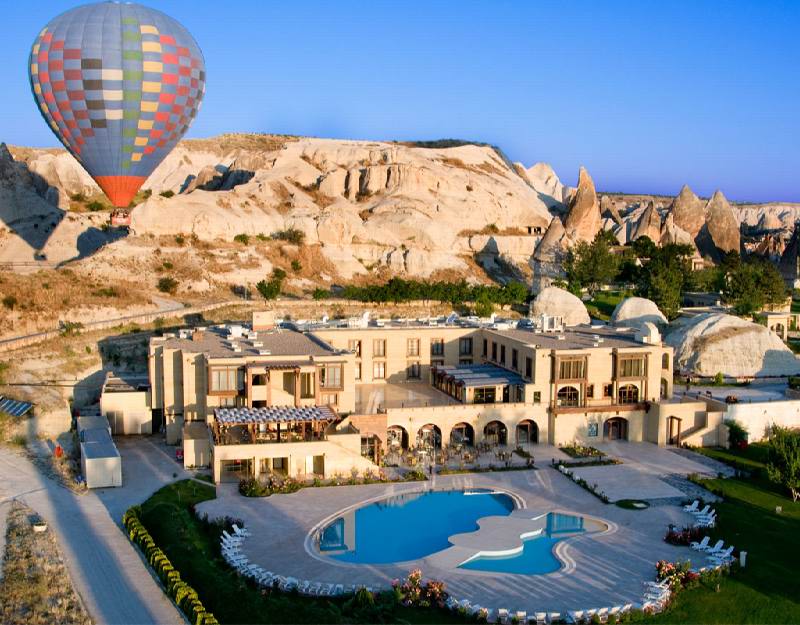 One of the most important landmarks within the city of Gorama is the Karanlık dark church with charming and distinctive buildings created in the first half of the twelfth century by the Byzantines belonging to the Orthodox Church is a suitable place for fans of Coptic history and those who have a historical artistic sense a distance from that church there is Zami Valley which Contains a number of distinctive and strange mountain houses, churches, and kitchens, and where a visitor can see many places with cultural and historical monuments and attractive green valleys, and you can enjoy watching charming places also by riding an airship On a distinguished trip over the place that lasts from one to two hours is dedicated to this purpose, after this distinct valley there is a church of Sacli called the hidden church where it was carved inside a medium-sized plateau that gives its viewers great psychological comfort because of its beautiful features, a huge number of visitors flock to it for photography And photographing the features of the place from the professionals of that art. 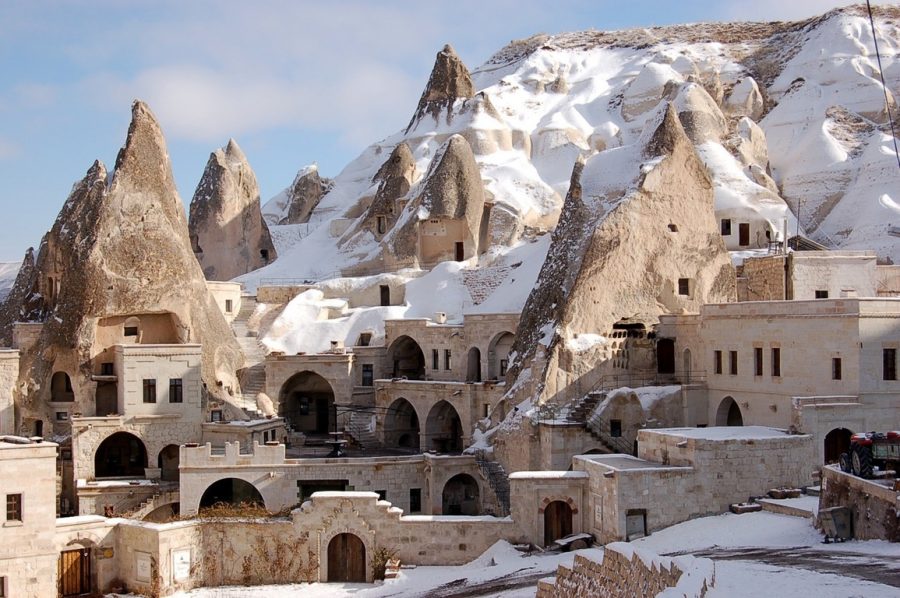 As for the National Park, it is one of the oldest public parks that have been prepared and prepared by the Byzantine civilization. The park is distinguished by its bright and charming appearance, day and night. They are standing, then after that you find the Open Museum of Guarma, which includes a number of Byzantine monasteries and mountain paths divided and interconnected with each other in addition to its tourist attractions. The city includes a number of distinctive stone tourist resorts where the Turkish state cared to provide ka It has amenities for tourists and visitors flocking to see their monuments. 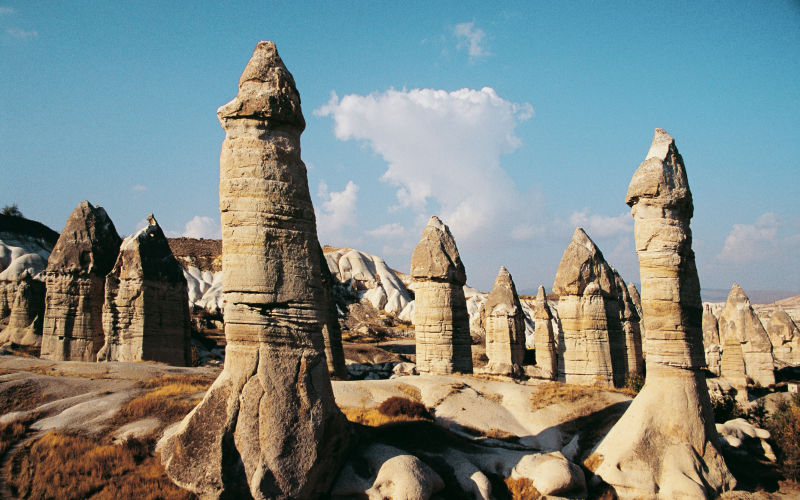 Also included in the distinguished activities are creative horse riding on a free tour inside the open museum, air balloon, barbeque parties and collective brownies that take place on the roof of stone hotels unlike Cappaucia. Partying takes place in the same area and has camping. Guama is an hour away from Cappadocia by bus but close to it if You love Roman, Architectural and Byzantine history. Don’t miss to go to this stone city with a distinct cultural character

Learn about the tourist city of Graz in Austria