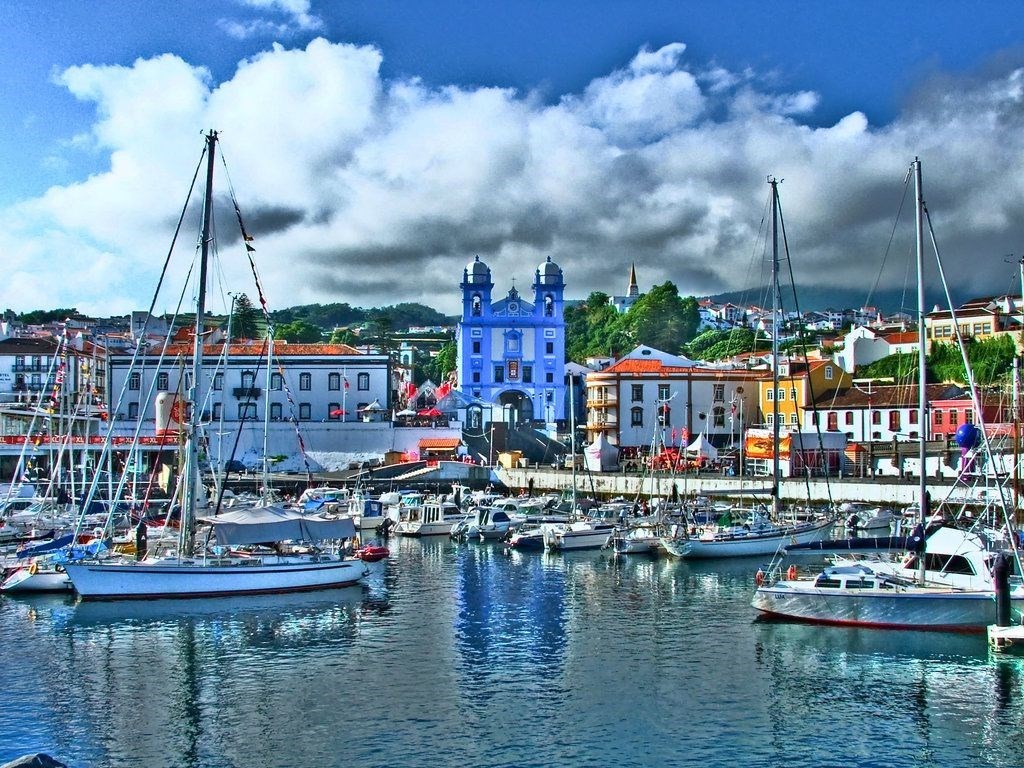 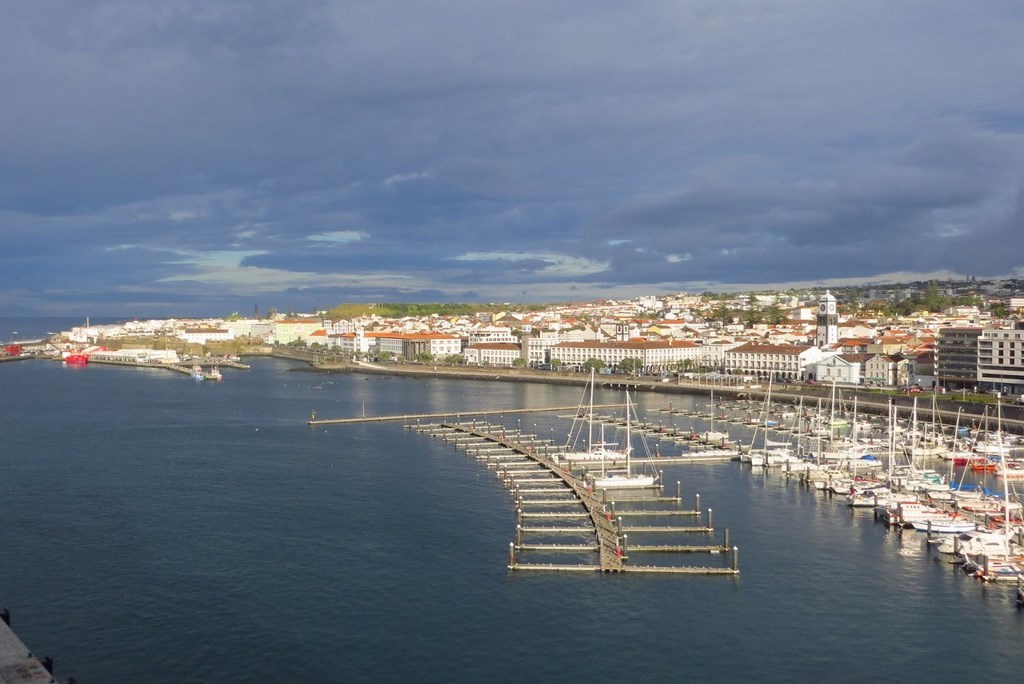 The capital is located on the island of São Miguel San Migeul and is the largest city in the Azores …
And its population is more than 64 thousand people.
The modern tower and SolMar Avenida Center mal Ponta_Delgada 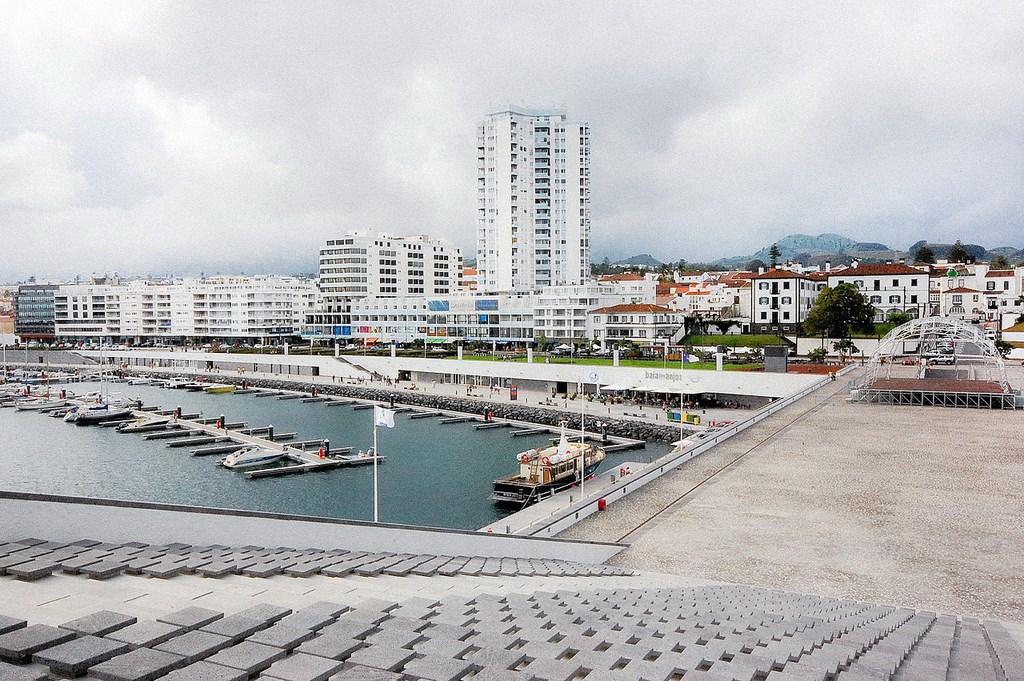 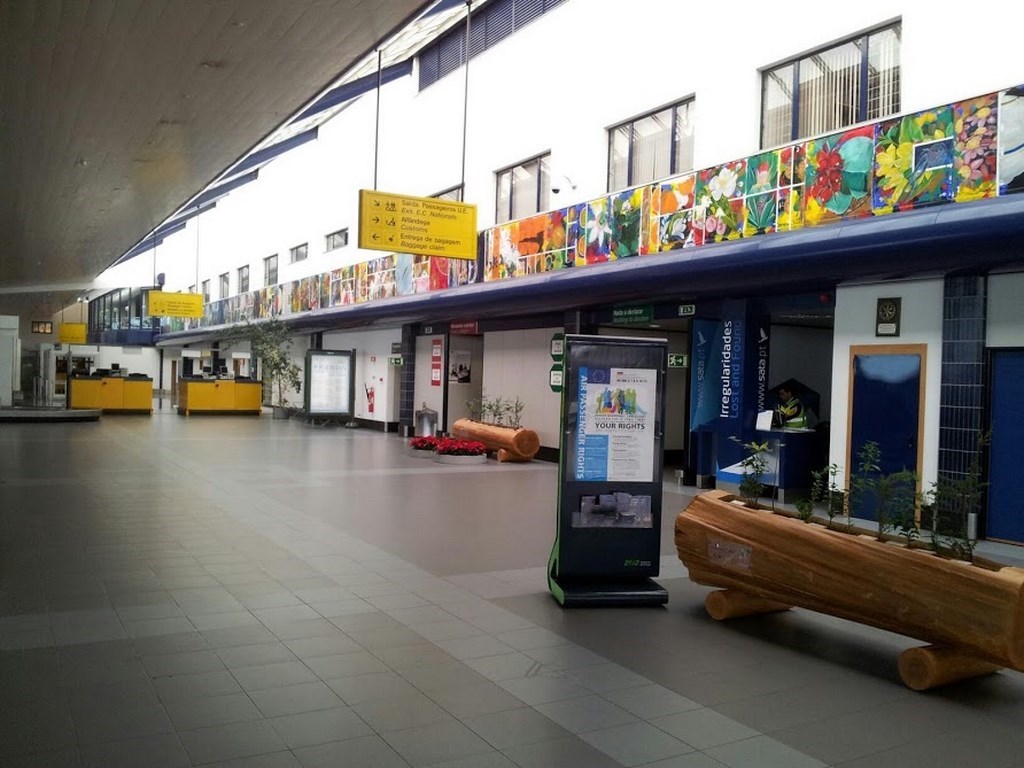 Follow the Portuguese Azores >>>
Economy
The Azores Islands depend primarily on their economy on tourism, livestock and meat and dairy products, as well as fishing.
Portuguese Azores Dora the Atlantic Ocean and a kiss for those seeking excitement and adventure thanks to its scenic landscapes
Unique
Capital :
Ponta delgada 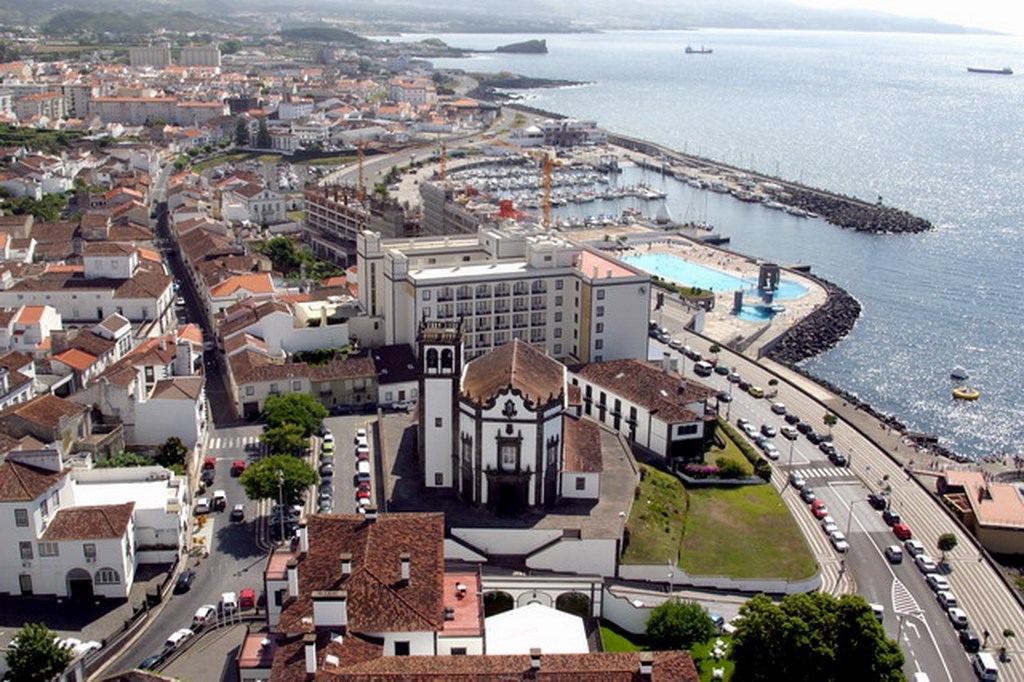 The center of the Baixa (Downtown) of Ponta Delgada, as seen from the city hall
Portas da Cidade in Ponta Delgada Sao Miguel island-Azores 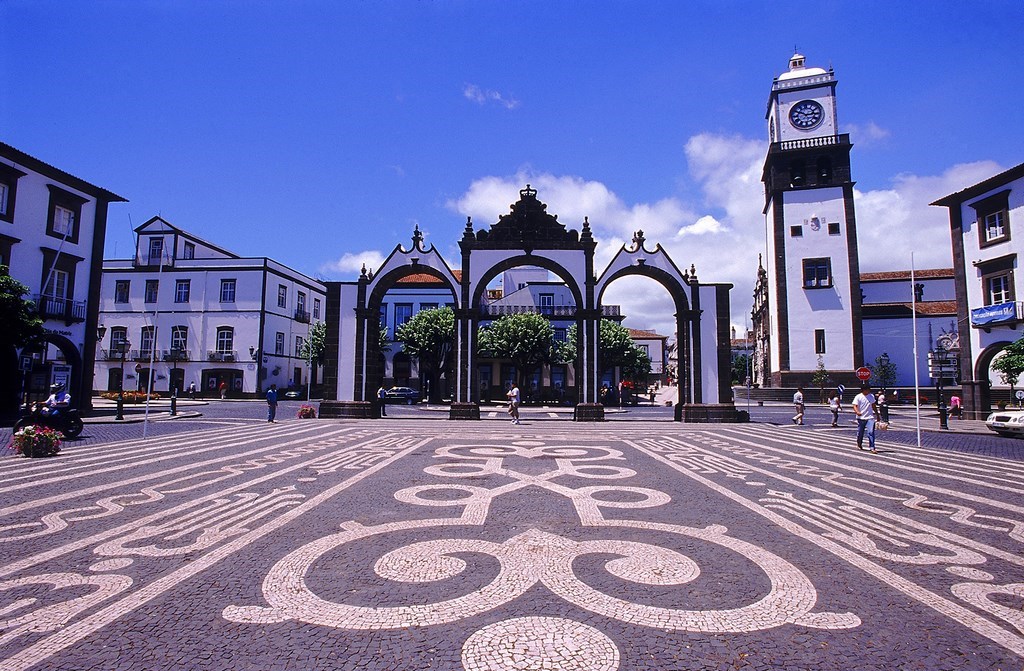 The gate at night 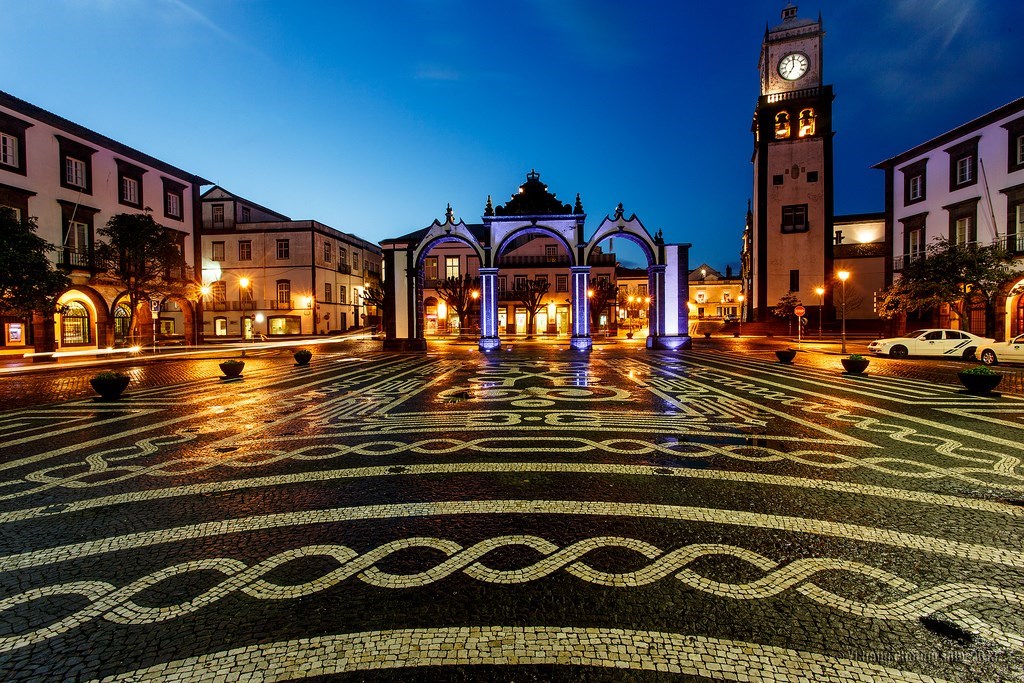 The original name of the Azores
The origin of the name is due to a bird from its species, the seagull, and everyone agrees that the bird is the source of the name, but it is believed that the true origin of the name is derived
From the Portuguese word Azuls, which is the plural of the word Azul, it means in Arabic: the blue color relative to the color of the blue carrots when viewed from a distance.
Azure water in the Azores 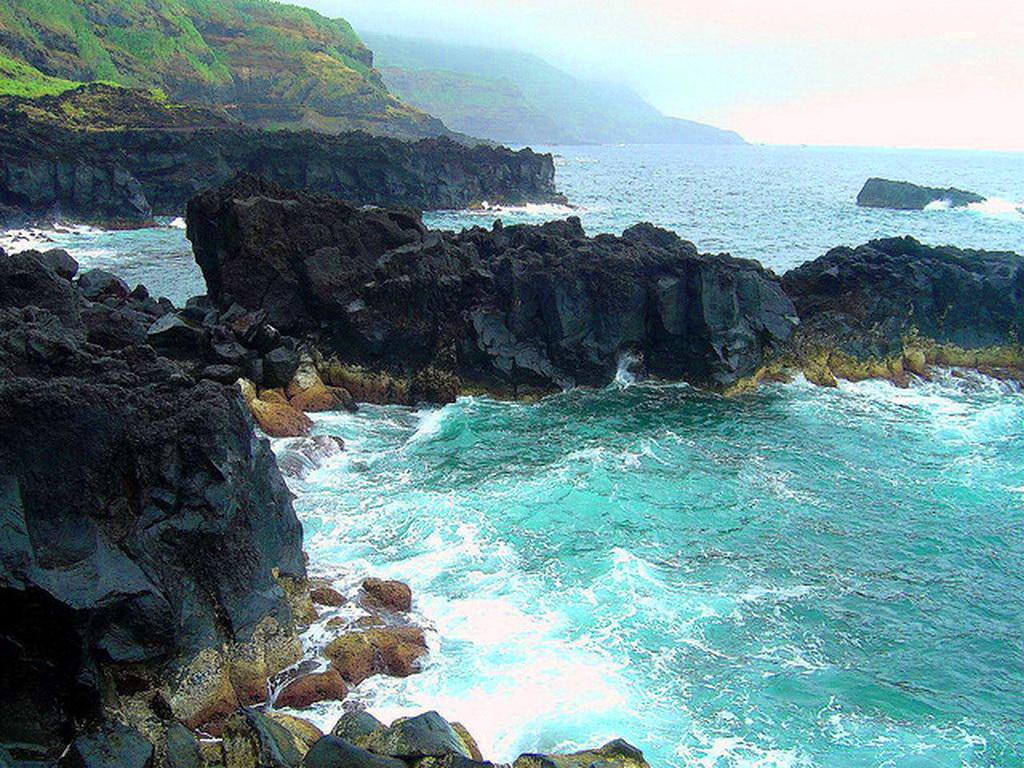 The magnificent Azores beaches
Currently, the mention of the name Azores is associated with an important air altitude in climatology and weather
It is the Azurean high or Asur which takes its name from it due to its position in or near its atmosphere.
green azores

You must be registered for see links 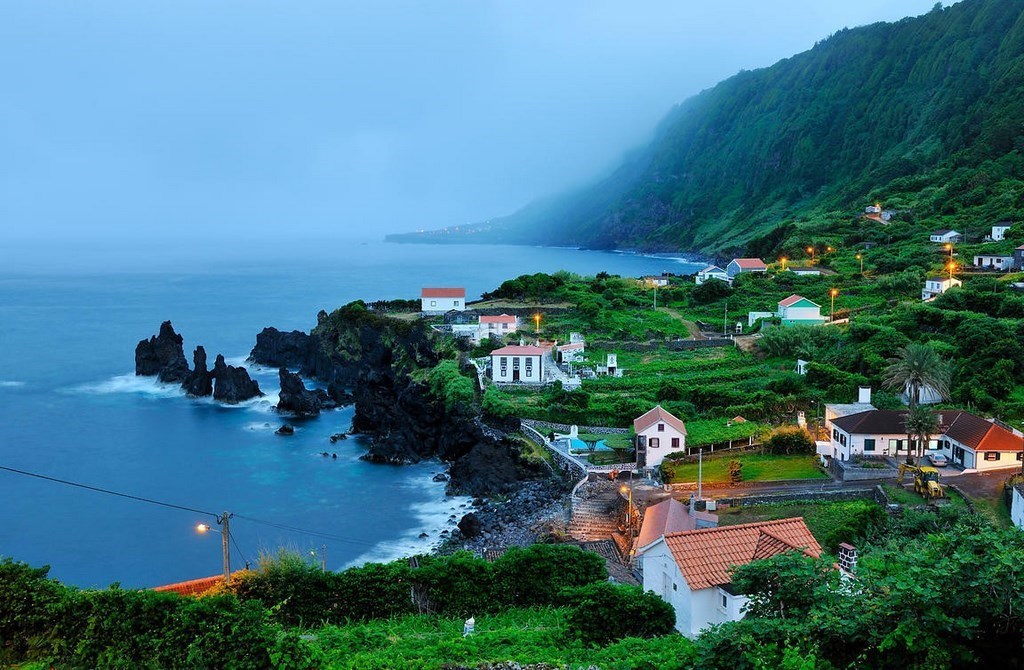 Geological nature of the Azores Islands
All islands consist of volcanic origins. In fact, the islands are peaks of the highest mountains on the face
If the Earth is measured from the ocean floor, the largest volcanic island and the highest altitude: Mount Pico
It is 2,351 meters above sea level, and is the highest point above sea level in all lands
Portuguese No volcanic activity has been recorded on the island since its settlement.
Azores nature 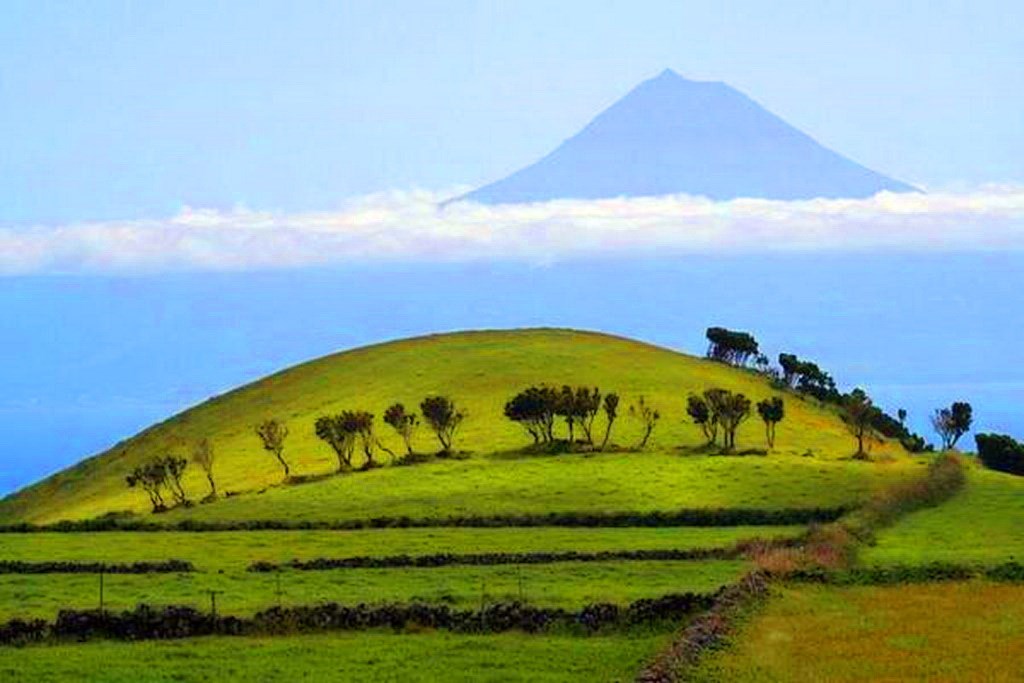 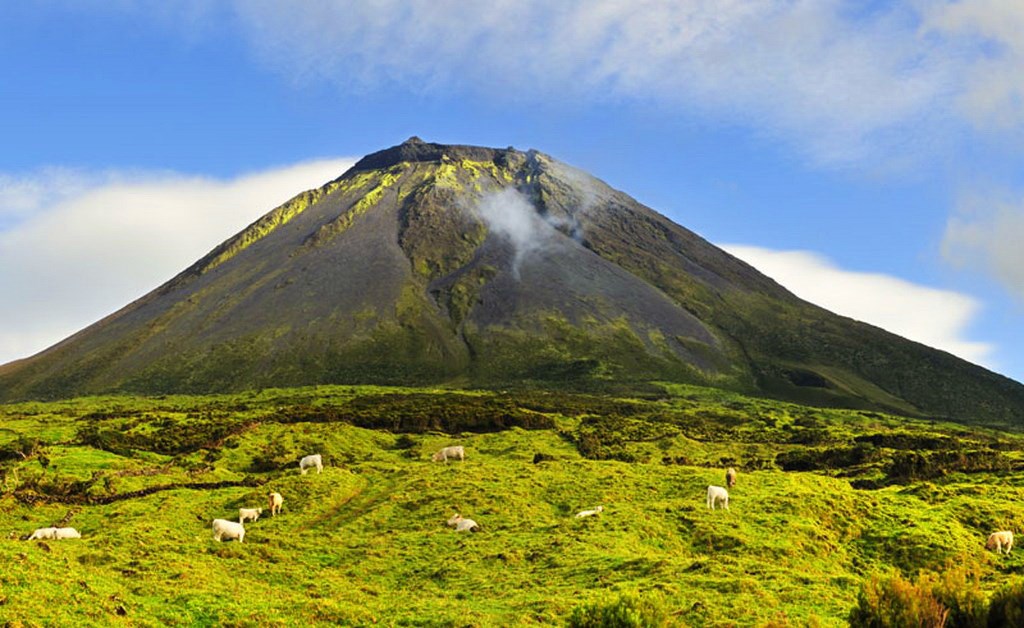 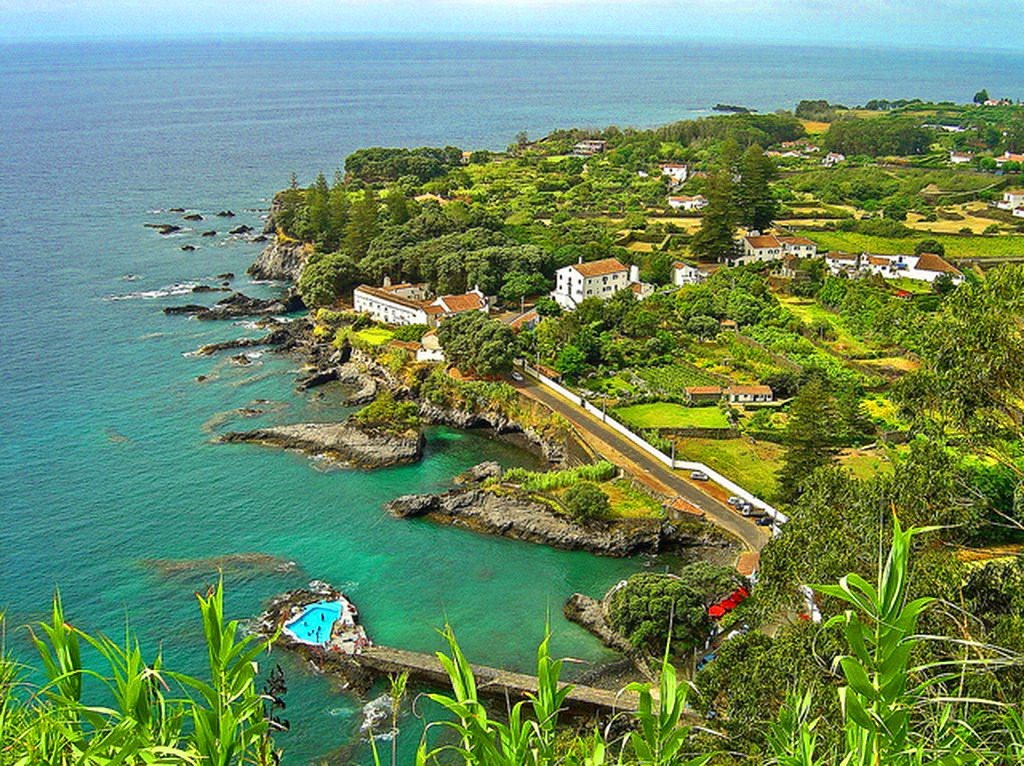 Charming nature in the Azores 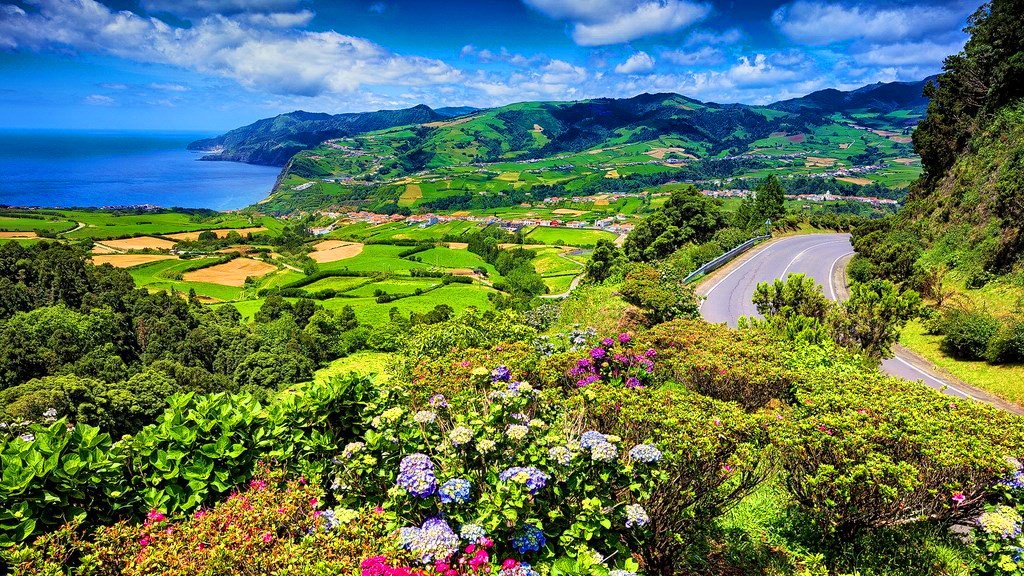 The Azores Islands enjoy a high rate of rain, which makes it a green paradise in every sense of the word
Where the average annual rainfall is more than 1000 mm distributed over most days of the year, however
Most of them in winter ,,, 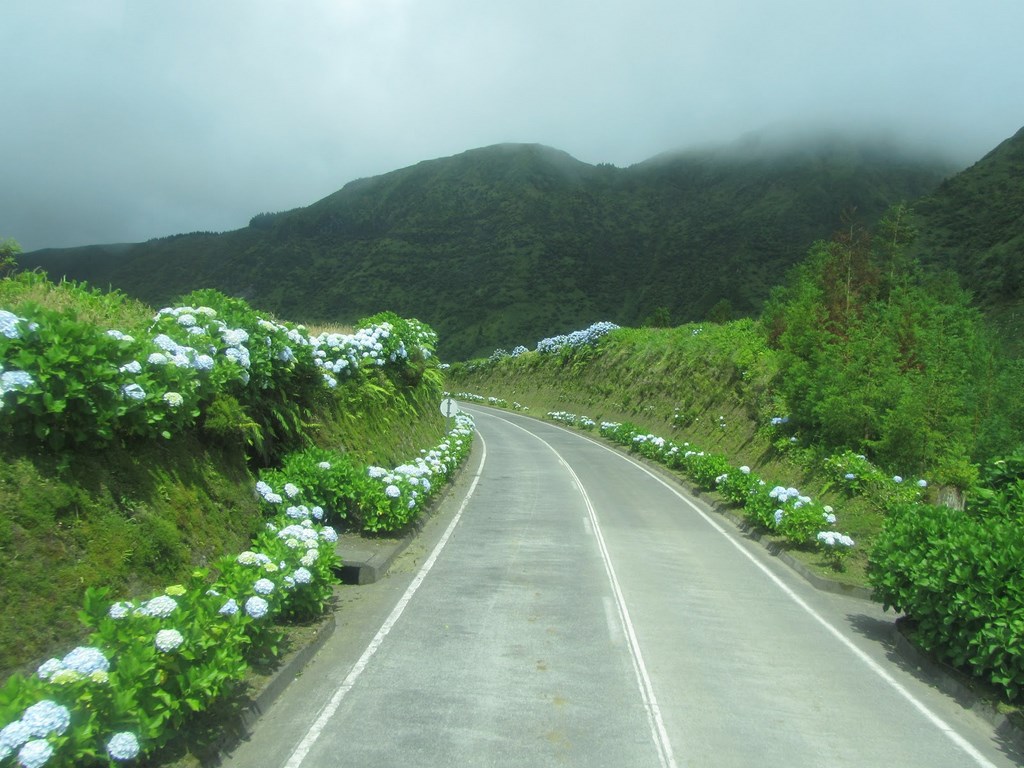 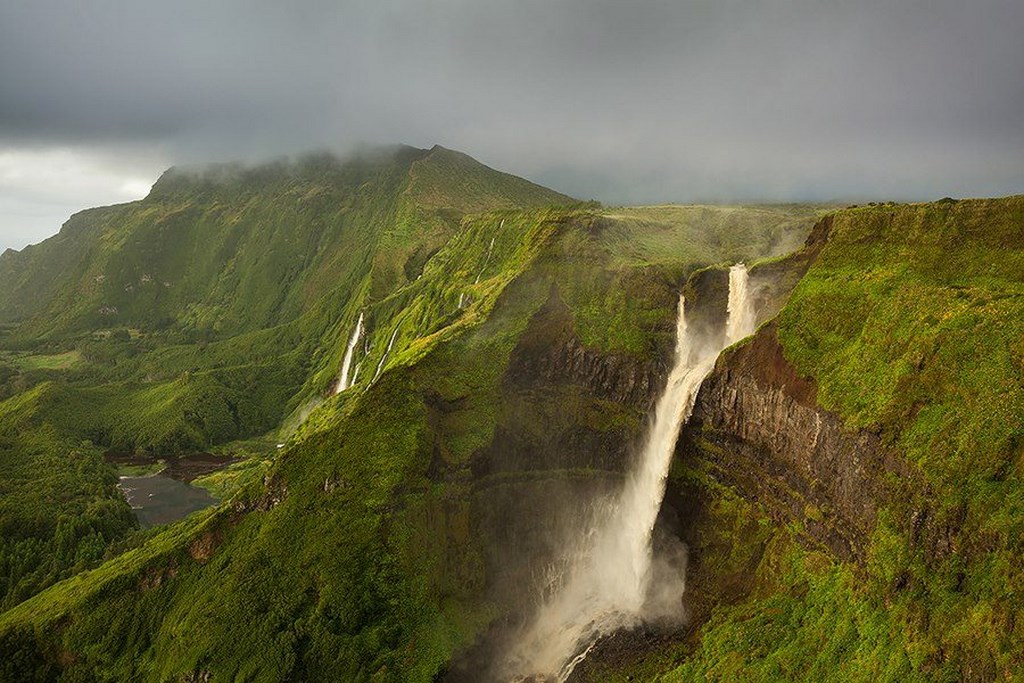 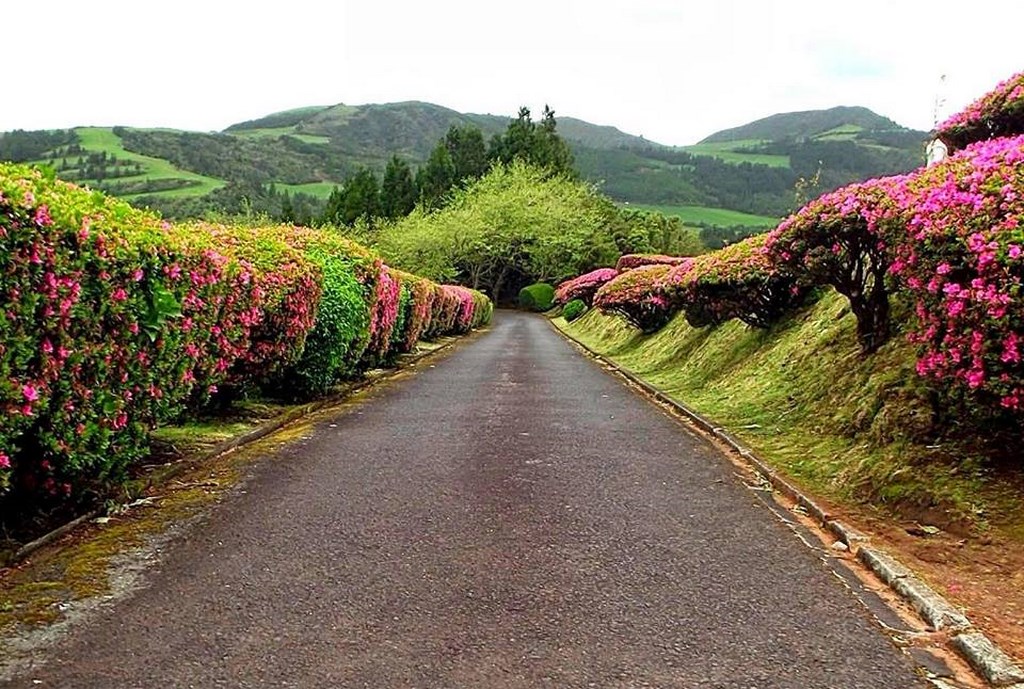 The climate in Azores
The geographical location of the archipelago made the climate generally mild. The summer temperatures range from 24 ° C
And 17 degrees, and winter between 15 and 11 degrees, but the best times to visit Azores are in months
(June, July, August, and September). 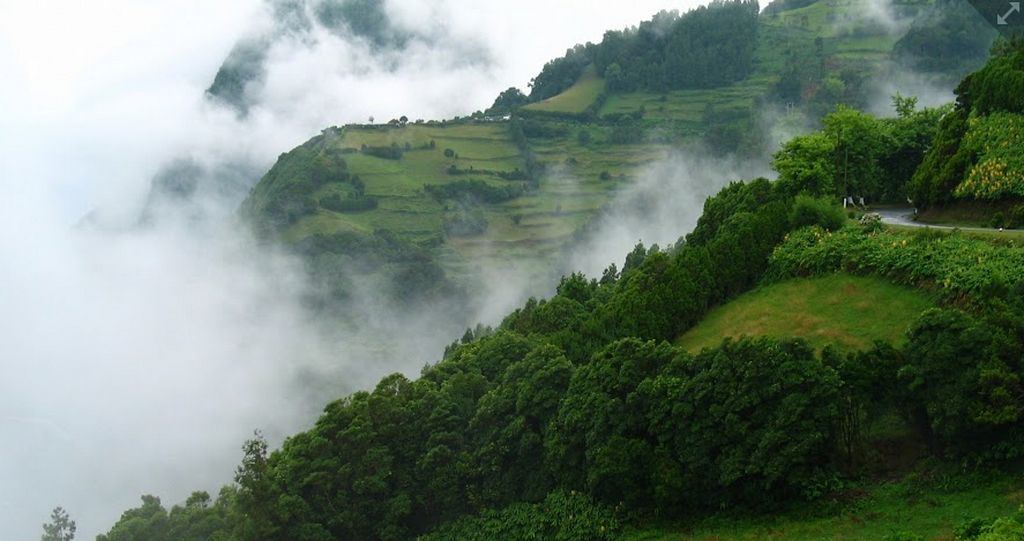 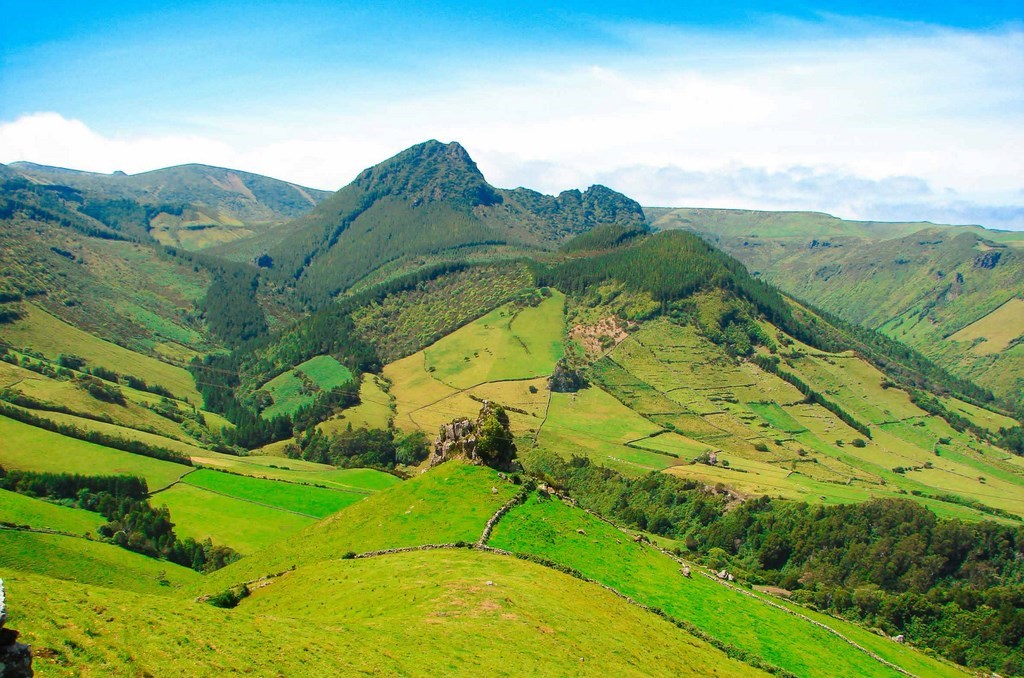 The Azores archipelago boasts dense vegetation, endless green pastures, and stunning landscapes of lakes
Charming sandy beaches along with the stunning purity of the water, these islands also provide an opportunity for lovers
Scuba diving to admire the spectacular coral reef and learn about exciting marine life
Watch whales and wander through narrow valleys. 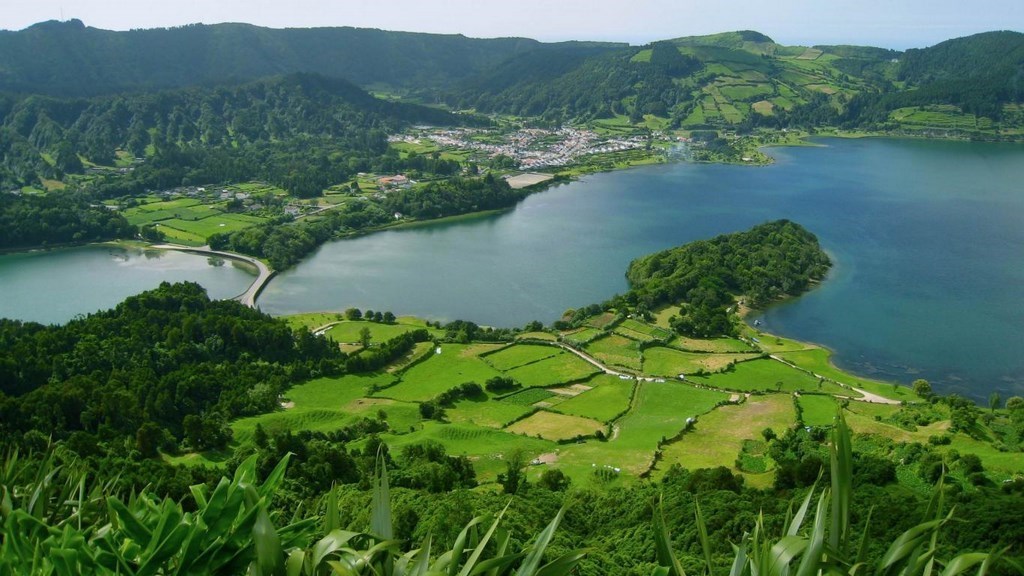 Your guide to the best 7 restaurants in Kiev, Ukraine