Learn about the coastal city of Dalian

Dalyan, coastal city of Muğla, located between known areas of Marmaris, Fethiye and the southwest coast of Turkish territory is an independent municipality within the administration of Ortaca. 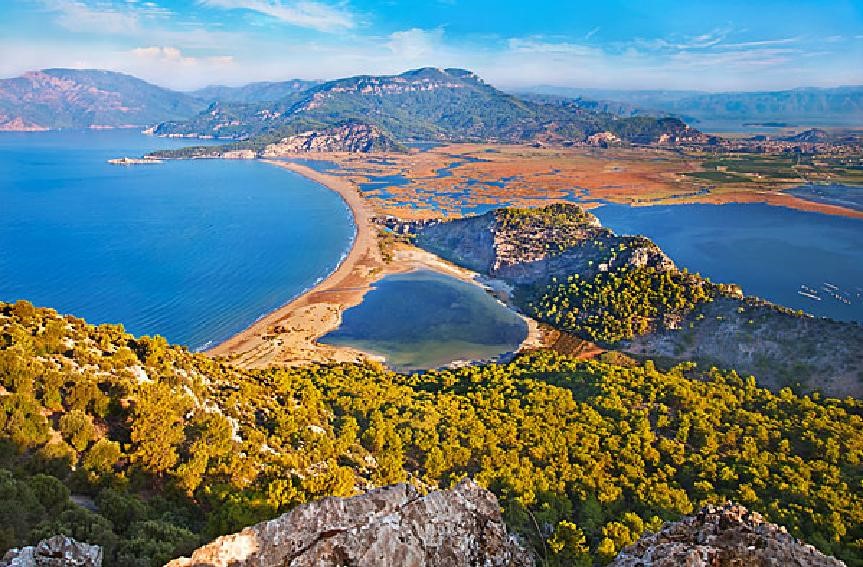 The city is famous because it includes a number of wonderful tourist attractions, the most important of which is Aztuzu Beach, which is home to the endangered creta turtle Creta as it leaves its eggs in the months of May to October The city has achieved international fame since 1987 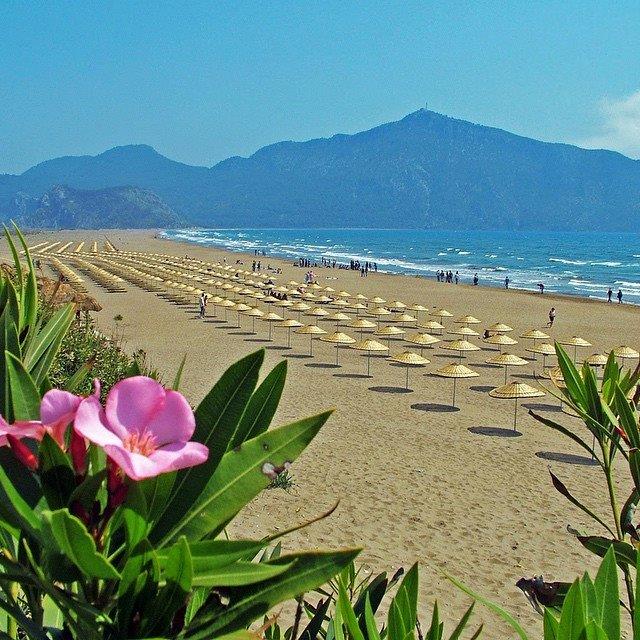 When a number of developers in the tourism and investment sector built the huge hotel on Aztuzu Beach, the beach was announced as a natural reserve in 1988 because of the turtle threat of extinction after investing in the region, so today Dalian is considered one of the most important cities and regions affiliated to global environmental protection.

Life in the city revolves around the Dalian River that flows from the town, cruising boats up and down the river, where moving between the mazes of reeds is the preferred means of transport to the local sites of the city, the word Dalian means “dam for fishing” fishing weir swimming in the sea against the current sea bream, bass and mullet to a lake Kuijigs 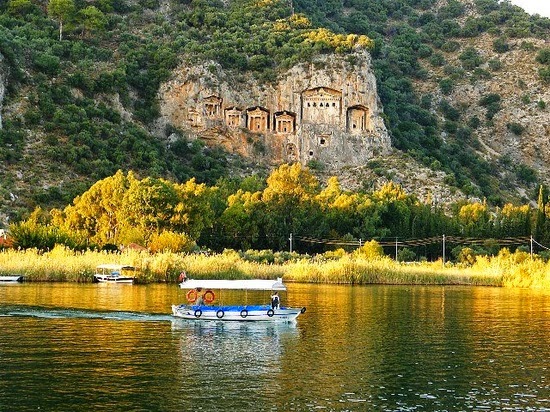 And the fish returns back to the city. The city is famous for cooking fish. You should taste the fish meals served there.

The city has a number of historical and heritage monuments above the cliffs in the pure river There are a number of destinations from the Lycian rock cut to graves from about 400 BC There are also ruins of the commercial city Kaunos that you can visit via a small boat trip across the river, in the south of Dalian on the coast of the White Sea The Mediterranean is visited by Aztuzu Beach, 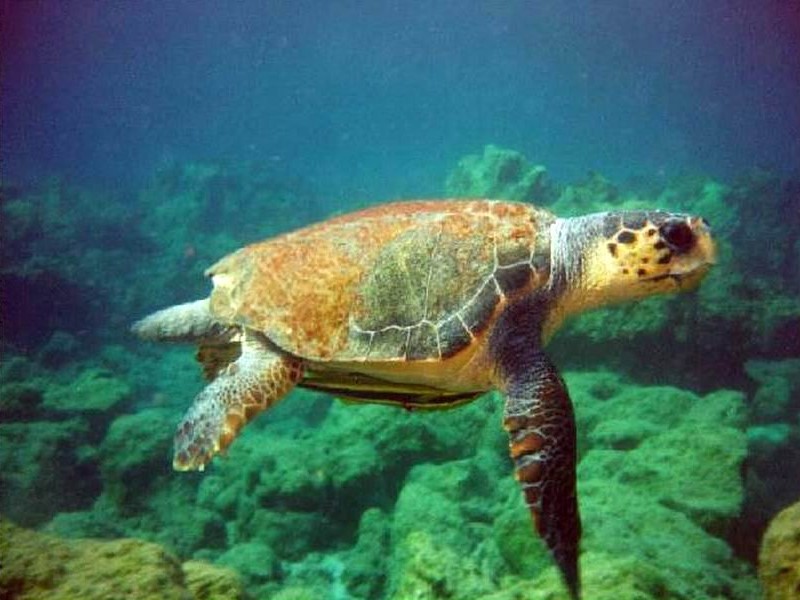 And near it, the village of the same name is one of the popular areas for sunbathing and swimming. There are regular boats, dolmus minibuses, and a number of services on the beach on a regular basis. The same road that connects to a beach is very impressive and scenic creativity overlooks Lake Sülüngür, the beach won in In 2008 the best open spaces in Europe due to the exploitation of its resources and the protection of the environment. In 2011 he won the best beach in the European destination.

The shore is known as the Caretta caretta tortoise, a sea turtle with a 45 million-year-old presence on Earth. 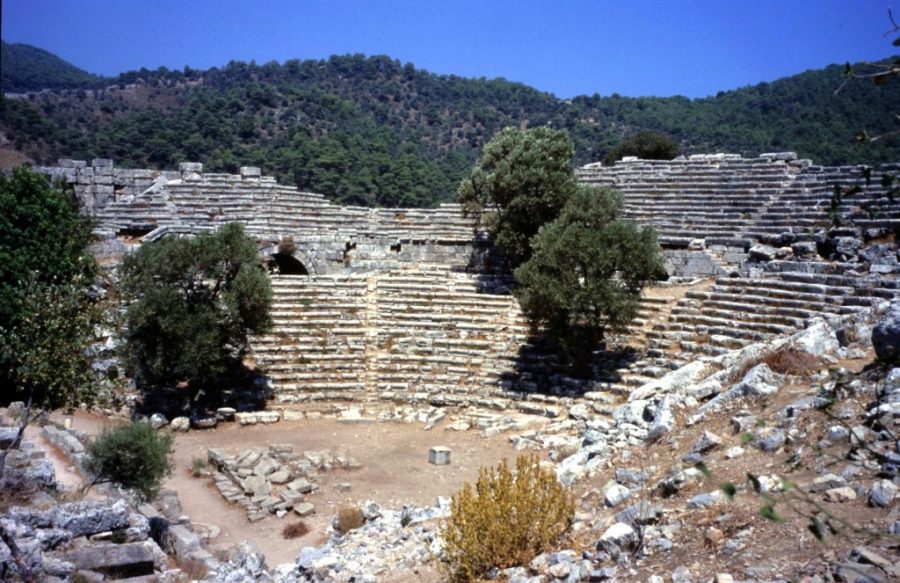 Among the most interesting activities for visitors and floating tourists in the fresh Koijkiz Lake and small boat tours on the banks of the beautiful lake that are adorned with dense reeds and visiting the tombs of the kings through an enjoyable cruise in the Kanos region, next to these places there are a number of cafes to rest and provide fun Turkish drinks, 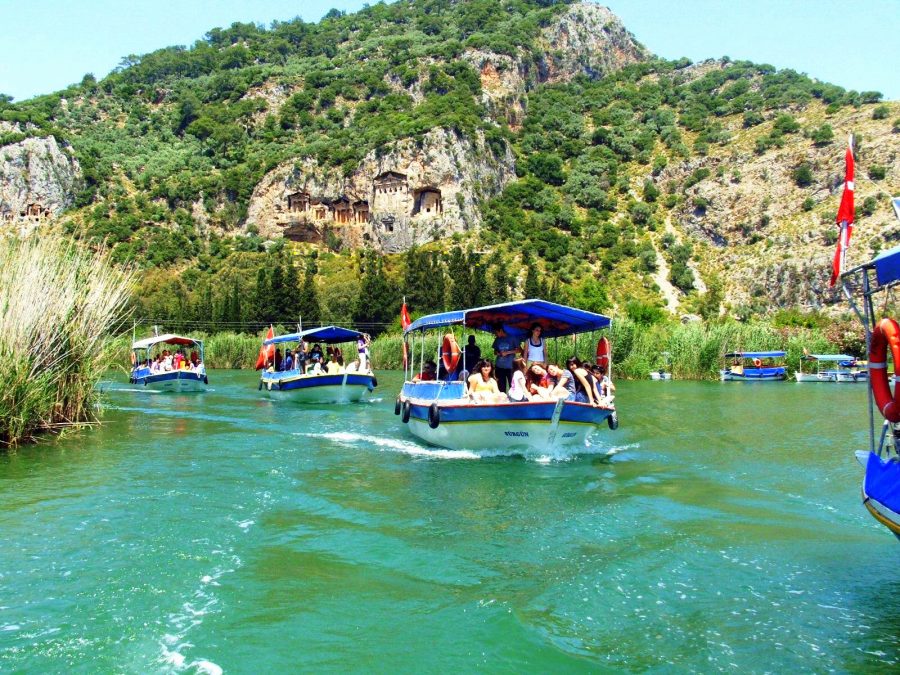 There are restaurants to offer sea bream and mullet and bass. There are barbecues on tandoor and barbecues tonight on the shores of the lake.

There are snorkeling services to watch the Caretta caretta turtle, but under the supervision of the Environmental Protection to not threaten the turtle, that turtle also lives in the Atlantic Ocean and the Indian Ocean and places from the Mediterranean Sea spend most of their time with salt water and estuaries and the females go to lay eggs from May Until October, the turtle feeds on plants and animals, mainly on invertebrates that live on the seabed. It is characterized by a strong lethality to its prey, which is more than 45 million years old from the Cretaceous or Copper age, ranging between 47-67 years old. Today it is a species threatened with extinction due to the rates of fishing is Responsible And deaths due to the occupation of the beaches where you lay eggs and suffocation of fishing vessels, you can not miss watching this rare type of turtle with a large head