Tunis Hotels: List of the best hotels in Tunisia 20221 cities

A report on Madinah Marriott Hotel

The city of Beni Mellal

The outlet in Barcelona … the shopper’s paradise!

La Gomera Island is one of the group of Canary Islands belonging to Spain and it is one of the most beautiful islands around the world and it has many tourist attractions that deserve to be visited as the longest volcano in the world with it as well as various recreational activities go to about 12 million tourists each year.

The Spanish island of La Gomera is located in the Atlantic Ocean off the African coast, and although it occupies the second position as the smallest island in the Canary Islands group, with an area of ​​369 square kilometers, but it is one of the best of the Canary Islands, as it is more than 12 million years old. Classified in 1986 as the most beautiful and best of the Spanish islands due to its beautiful natural scenery and magnificent views, as it has great importance in the past as it is considered the starting point of the great explorer “Christopher Columbus” in discovering the world.

Also, tourists go to it, especially the Europeans, from December to February, to escape the cold weather in the country. The temperature ranges between 15 to 21 degrees Celsius, which makes it suitable for hiking and relaxing on the beach and in the national parks and forests.

Garragonaí is considered one of the most beautiful and most important tourist places in La Lagomera, Spain, so that UNESCO has included it in the list of World Heritage sites and its area reaches 40 square kilometers of the total area of ​​the island 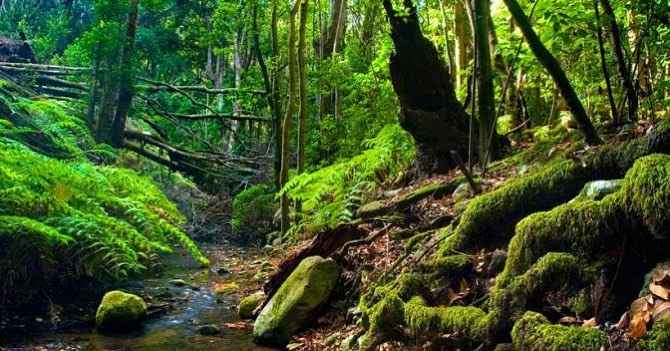 Don’t miss to go to it, dear tourist, to spend the best times in the charming nature, where the green areas of trees and plants in addition to the different birds.

Dear tourist, the island is famous for its small white houses located in its fertile valleys, it gives the place a wonderful beauty view, you should visit it to meet the local people and get to know their way of life and you should take memorial photos in the area 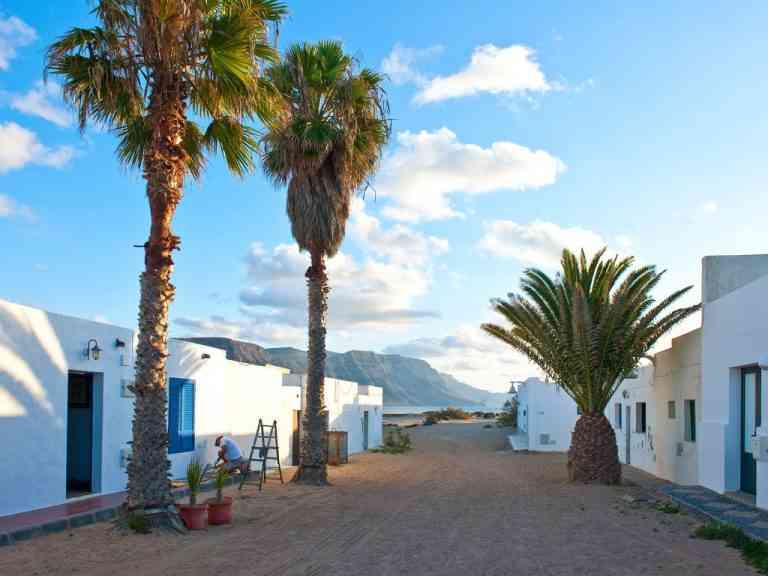 It is worth noting that access to it is not easy, but it is an ideal destination for adventure lovers, as access to it requires passage through various cliffs and rock carvings that were formed by the volcanoes that revolted in the past in this region, leaving these wonderful natural monuments that are worth seeing as they are among the best tourist places in La Lagomera, Spain .

Read:Travel Tips to Madrid … Things You Should Do When You Visit Madrid!

The island is located near the island of Tenerife and is characterized by its majestic slopes and hills spread across its sides as well as the beautiful valleys filled with green spaces, you should relax with it to get rid of the pressures and spend a quiet time restoring yourself to its activity and vitality then you can go to visit the resort of Playa de Santiago which provides a number of recreational activities That you like the beautiful 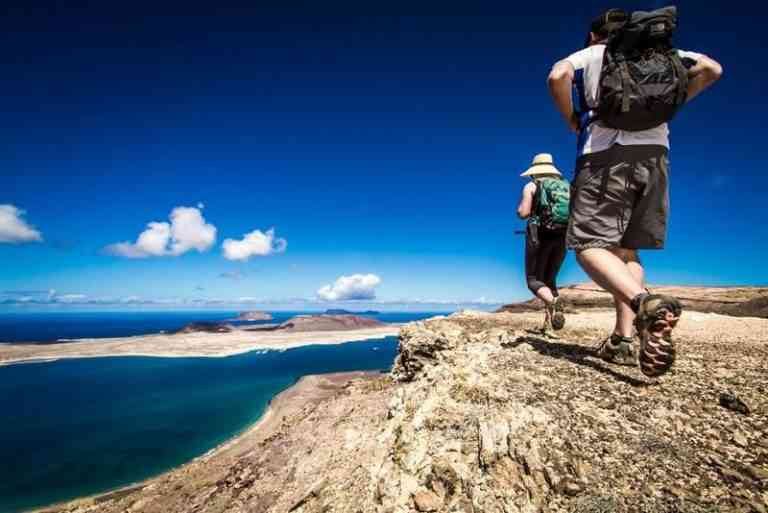 And we assure you, dear tourist, that you will enjoy visiting this island especially to provide a wonderful view due to its height and presence on the top of “Garajona”, so its height reaches 1478 meters above sea level, it is necessary to take this tour to get to know the tourist places in Lagomera, Spain.

It is the capital of the Spanish island of La Gomera. The island is also known as the “Colombian Island” and its population is more than 24 thousand people and they are distinguished by their friendliness and providing assistance to tourists. And myths associated with the region in addition to knowing the strangest customs and traditions they have 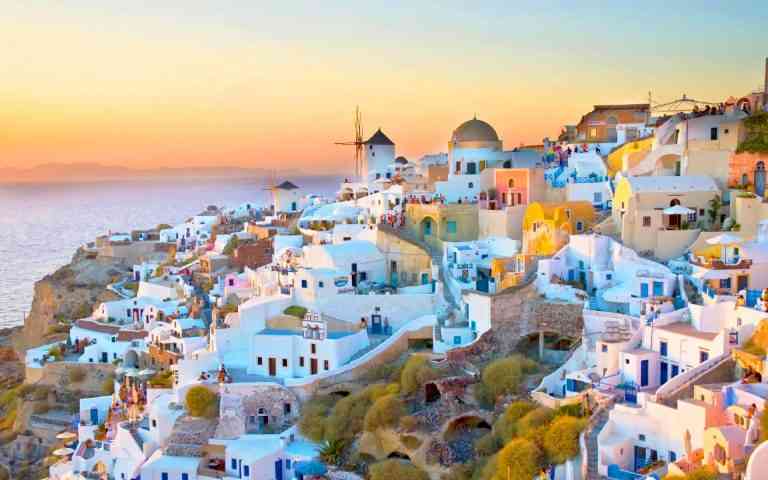 And you should visit the capital, as it is the most area that enables you to know everything about the island, as well as the services that tourists need, such as restaurants, hotels and entertainment centers.

Dear tourist, when you visit the Spanish island of Lagomera, you must go to visit Elsedro Forest, where the forest is considered an important natural reserve due to its contain of different plants and dense trees besides the animals that inhabit the island, such as the giant lizard threatened with extinction and the birds in it 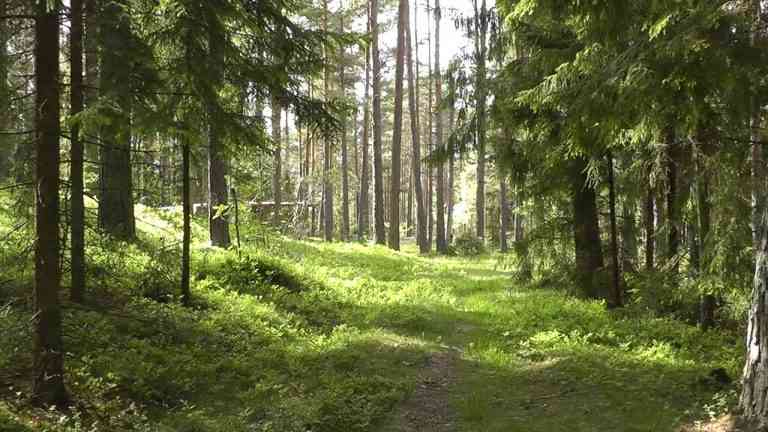 The island also has beautiful mountains and rainforests, worth seeing and taking souvenir photos, as it is one of the most beautiful tourist places in La Gomera, Spain. 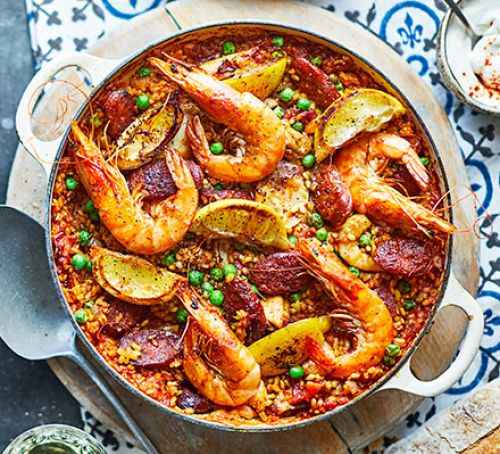 So you have to try the “Mojo” print, which is a sauce added to it with a number of ingredients, such as garlic, pepper, spices, thyme and other ingredients. The dish is distinguished by the orange or red color that everyone likes. We recommend you to try the “Ruba Vega” dish, which is chicken and meat Villages added to them beans and potatoes.
As for the best restaurants, “Junonia” and “El Puerto” and “Prisma” Restaurant, where these restaurants are famous for serving a group of the best seafood delicacies, you should try one of them to taste a dish that you will not forget. If you want to go to a cafe, it is the best cafes in the island, “Noah’s Ark.” “Cafe & Bar Pedro” you should have a local drink with it

Report on the island of Bali

The most beautiful beaches in Costa Rica

Famous food in British cuisine … you should try it out