Learn about the most beautiful tourist places in Ortakoy Istanbul

Walking around Ortakoy Square with a crowd watching, and having tea or coffee where cafes and restaurants near the sea in the Bosphorus is one of the best things to do in Ortakoy. 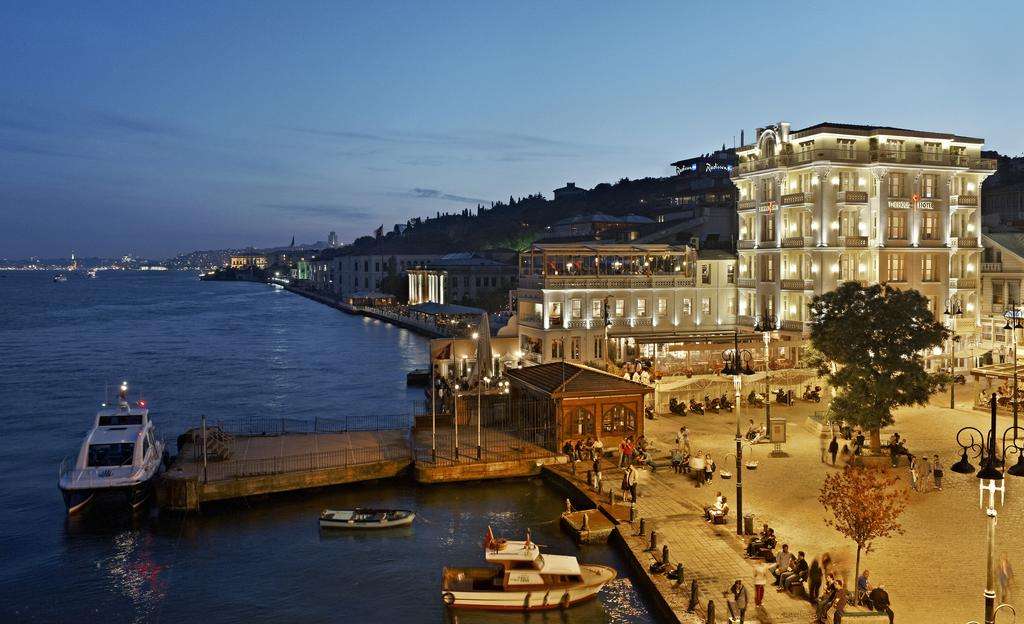 Ortakoy Square and Ortakoy Mosque are located in the heart of Ortakoy, where many locals prefer to buy baked potatoes from many cafes and eat them while watching the beautiful views of the Bosphorus.

It includes the famous tourist and historical places of Ortakoy

Ortakoy Mosque, also known as the Mecidiye Mosque
The Church of Ayios Focus from the Byzantine era and a Jewish temple called Itz Ahim.
The Damat Ibrahim Pasha Fountain located in Ortakoy Square, which dates back to the eighteenth century, is one of the most prominent tourist places in Ortakoy
Street markets are very popular in Ortakoy and are held on the weekends where visitors can enjoy and purchase a variety of crafts, souvenirs, and books.

The most famous sights in Ortakoy 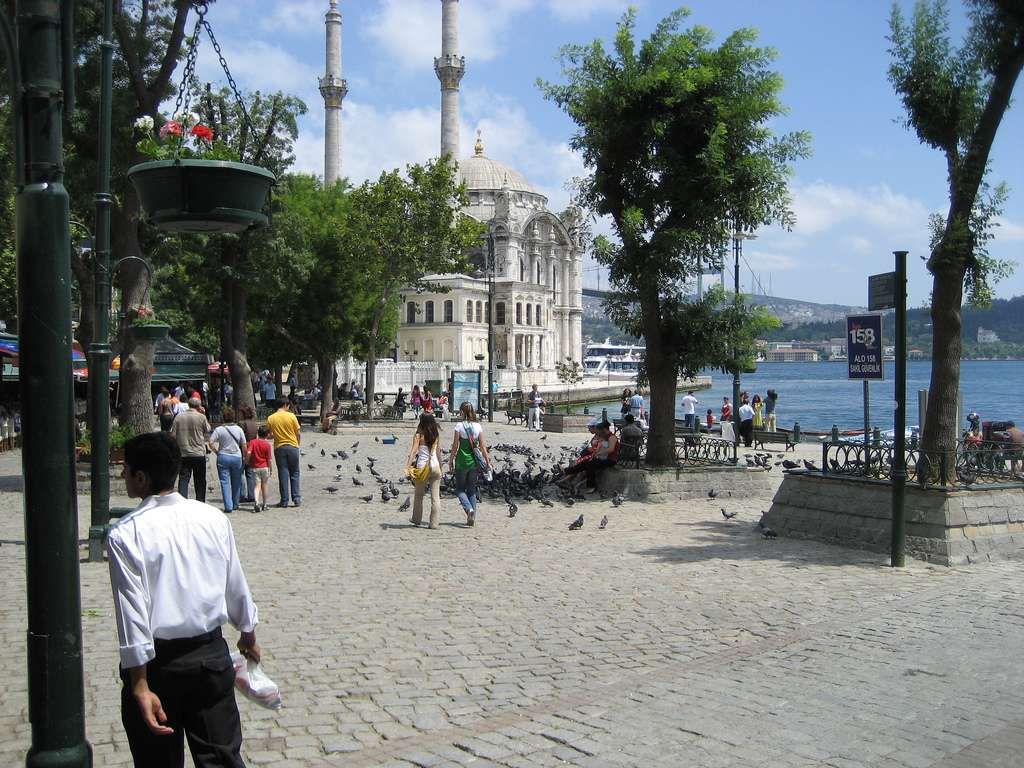 The famous Ortakoy Square Hotel is located in Ortakoy, near the beautiful Bosphorus in Istanbul. It is considered one of the best squares in Istanbul
The square is popular among young people and tourists for sightseeing Istanbul. Where there are a variety of cafes, bars, restaurants and shops as well as lively nights at the weekend 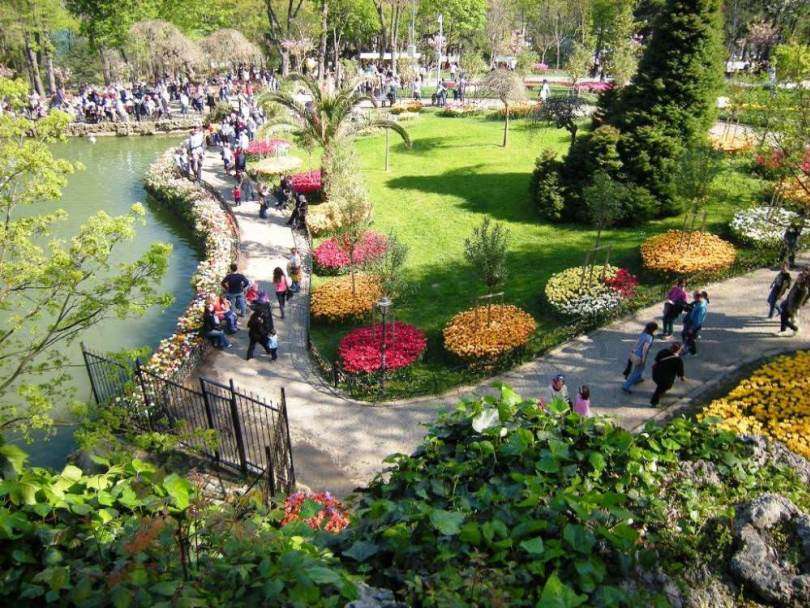 Nile Sultan Grove is located between Ortakoy and Korokisme in Istanbul and the name is derived from the name of the daughter of Sultan Abdul Hamid II.
It contains a variety of beautiful trees and flowers in addition to a wonderful suite. It is considered one of the best parks in Istanbul. 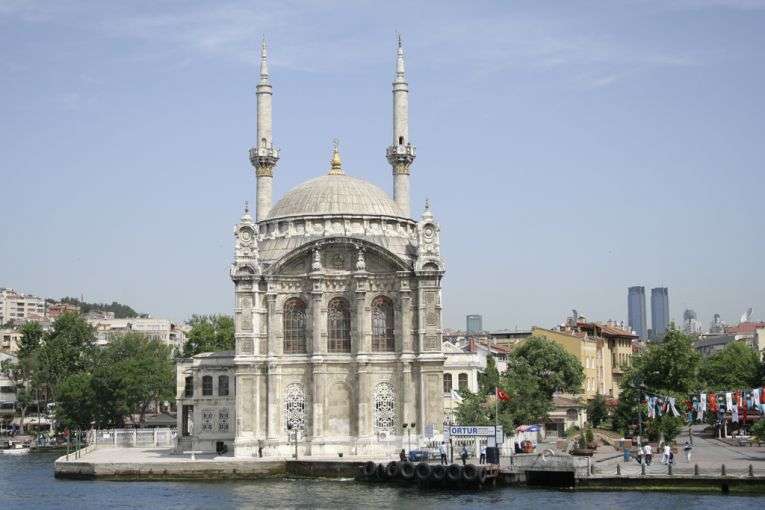 Ortakoy Mosque was built in the nineteenth century in favor of Sultan Abdul Majid I and is located directly at the European Bosphorus strait. The mosque was built on the best elegant architectural styles and thus considered one of the best mosques in Istanbul.

It was built between 1837-1838.
The architecture of the church, like the Roman basilica, is considered one of the most popular churches in Istanbul.
The cosmopolitan nature of the neighborhood where the Turks, Armenians, Greece and Jews live reflects a great historical heritage. You can also visit the Etz-Ahayim Temple, which is located near the Bosphorus Bridge and the Greek Orthodox Church in Aya Fokas (St. Fukas). In the same area it is one of the oldest baths in Istanbul, built by the famous Ottoman architect Mimar Sinan in 1556, and influential educational institutions at Galatasaray University and Kabatash School for Boys.
Every Sunday, in the streets around Ortakoy Mosque, there are a lot of souvenirs. There are also many other chic boutiques in the area.

What are the dining options in Ortakoy?

For baked potato lovers, you should try kumpir in Ortakoy, as it is a giant potato baked in the oven with street vendors, try it at Park Candlestick, Banyan Ortakoy, Zuma or Köşebaşı., House Ortakoy Hotel.

How is the nightlife in Ortakoy? 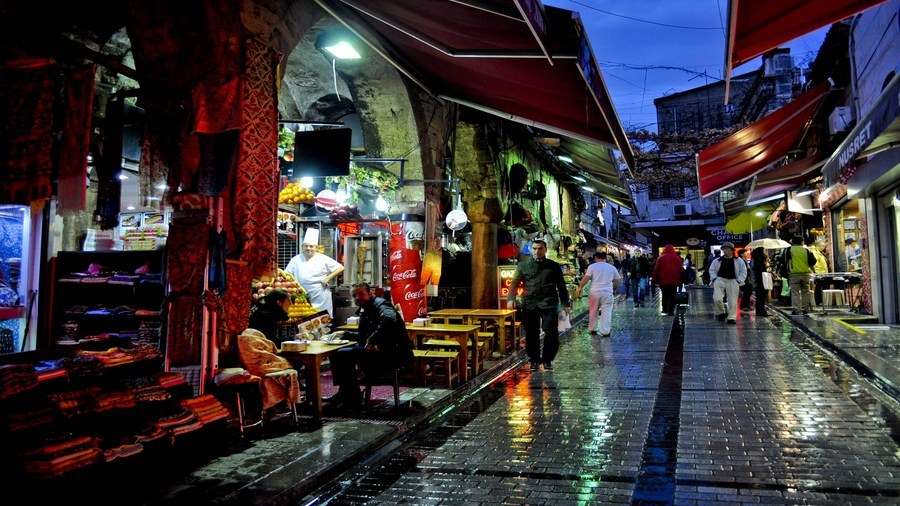