Learn about the most famous foods in Jordan

It can be said that Jordanian cuisine is the kitchen of surprising talents, when you put the great quality spices, fresh contents and rich food culture, it offers you delicious delicious food that you can not resist.

This dish can be eaten alone, but preferably served as an additional or basic dish with many other foods.

And the huge chickpea platter is considered to be chickpeas, sesame seeds, olive oil, lemon and garlic, and Jordanian bread is served alongside it.

A delicious breakfast sandwich or dinner, which does not take much preparation, which is falafel, chickpeas, and vegetables wrapped in a loaf of bread that takes a light, circular, frothy shape that no one can resist eating and its distinctive taste. 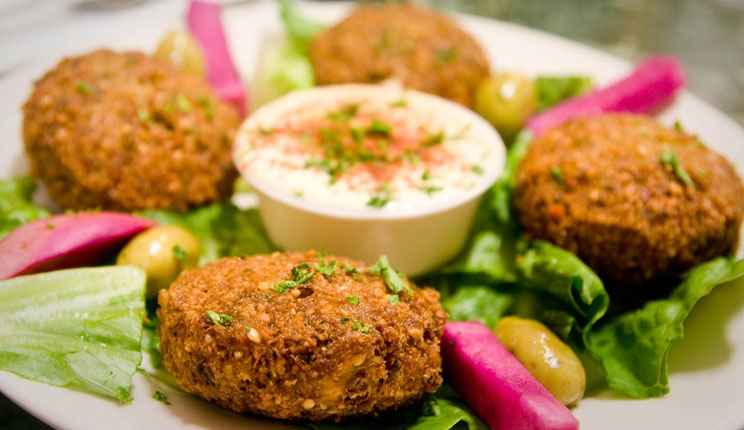 In Jordan, there are many sites that sell falafel and often offer one or two for free to eat before purchasing, and it is advised that when going to buy falafel, soft, fried, not dry and crunchy falafels are bought.

Shawarma is made from lamb, chicken, or beef that is eaten as a sandwich or in a round bread. 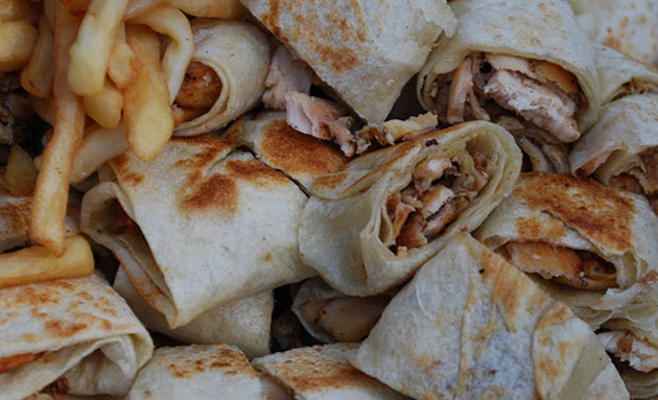 There is a wonderful taste of shawarma with some beautiful potatoes, fresh local spices, hummus and tahini, which makes you know the secret of many of the “real” Arab kebabs.
It is possible to eat instant cheese shawarma in the event of extreme hunger, as it is not possible to stop tasting the food for its good taste, sweetness and splendor of taste, and it gives a feeling of satiety for a longer period.

Mansaf is one of the most popular and popular meals in Jordan. This traditional Bedouin meal is taken on special occasions. 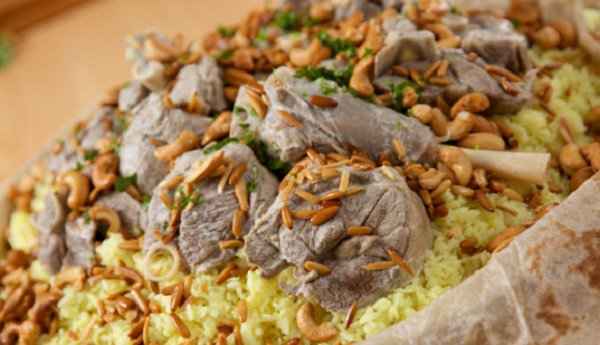 This meal is prepared by preparing lamb meat with herbs in Jameed (dried yogurt) and is eaten with rice and pine nuts.
There is a similar al-Mansaf food called the Zirb, which is also a Bedouin food consisting of lamb meat cooked in a earthen pot underground.

Beans are constantly tasted as they can be eaten at breakfast, as a snack, or as an additional dish that sometimes gives a special taste to each meal. The beans have a good taste, and it is also healthy to use. 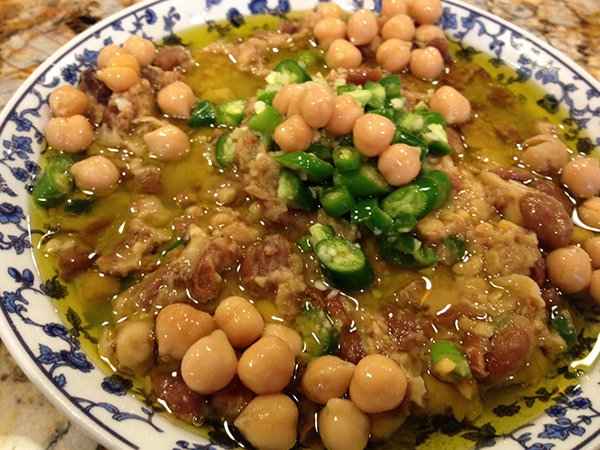 The main content of this dish is beans, as the beans are mixed with olive oil, green pepper, salt, garlic and lemon and they want to eat it in addition to bread and chickpeas. 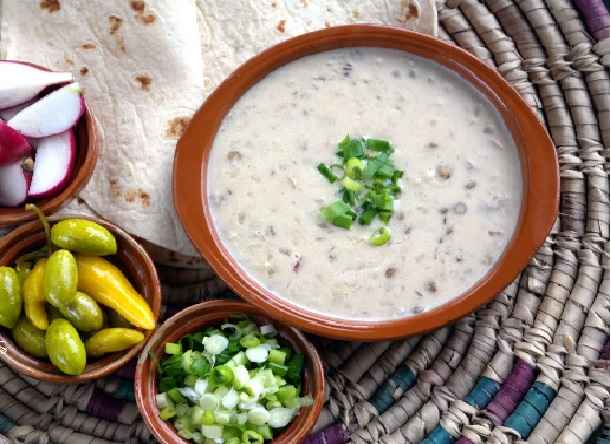 How to prepare: The groats are well washed, then soaked in water for 30 minutes, the onion is placed with ghee and the lentils are boiled until close to ripening, then the crunch is filtered and sprinkled with lentils on top of the onion then the mixture is boiled with a little pure water, then placed Milk on the mixture and boil for 30 minutes and put boiled chickpeas cup.
Five minutes before ripening, the onions are fried with ghee and put on the spices of municipal ghee and put on top of the sprouts, eat with olives, green onions, radish and annotated bread.

The magazine is prepared from bread and dried milk, and municipal ghee is poured over them. The residents used to make this meal if guests came to them for the first time, and it is called the magazine because the bread used in it is done on a fire of gel, 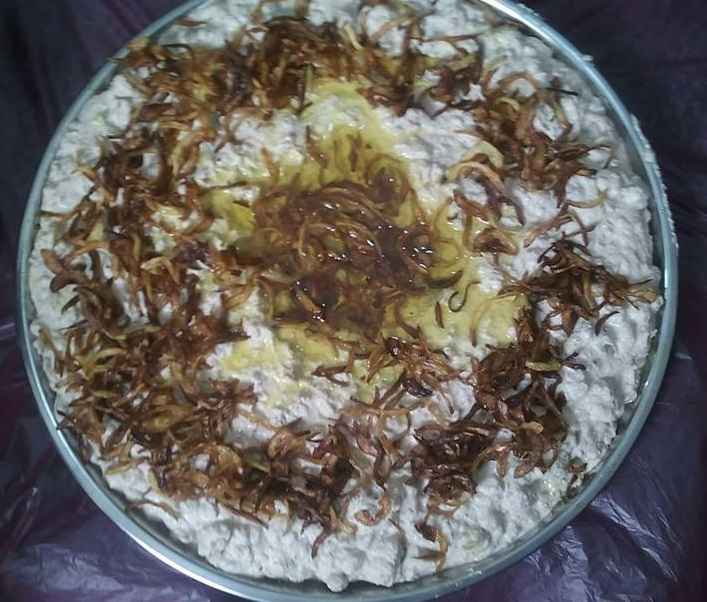 It means camel hair, but the method of preparation:
We bring in 15 kilos of wheat flour in my country, kilos of ghee, 7 kilos of tomato, onion, 4 kilos, hot pepper, and salt as desired.
Pour the flour into a bowl, then knead it and sprinkle a little salt on the dough, and then we prepare the dough as a disk and put it on embers, then we chop the onions and prepare them, as well as fragmenting the tomatoes and carrying them in a saucepan over a simple fire.
After preparing the bread, we divide it, and this quantity is enough for 10 people.

It is a food that is distinguished in northern Jordan, especially in Irbid, and it is one of the famous foods in Jordan and it is usually considered in social events. 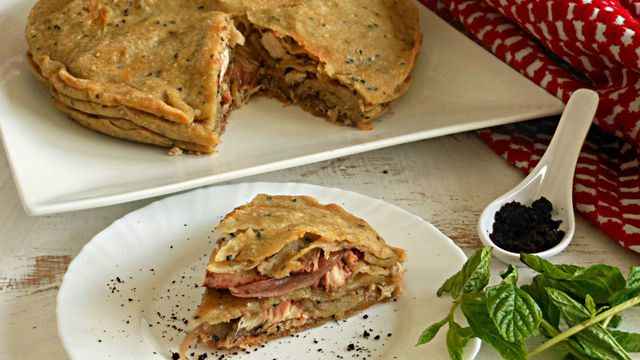 Residents want to prepare it in the winter or the harsh weather, and the meal starts with the olive period in October until the beginning of summer, when it takes a huge amount of olive oil.
How to prepare “macrame” ..
We prepare 5 kilos of wheat flour, wheat flour or a mixture of onion, chopped medium size and a liter of olive oil, spices, pepper, sumac and salt as desired.
We come with four huge size hens each cut into eight parts, and we knead the flour without yeast and fried chopped onions with half the amount of oil, spices and sumac are placed on it and the chicken are put on onions and sprinkle with salt, then we look for changing the color of the chicken and start ripening and then put on the fire.
We cut the dough into medium and equal portions and put the dough on a flat surface on which a little flour is placed and prepare what is called the paste, which is an aluminum dish and sprinkled with oil, then add the first dough chip and oiled, and put a layer of chicken and reddish onion approximately two to three parts chicken in Each layer.
This layer is covered with another layer of dough, and also painted with oil and the top of chicken and onion is placed on top as the first time, and this is done until the quantity is carried out provided that it is the last layer of dough, surrounded by tin and placed in the oven on medium heat for three hours, and after its ripeness, it is turned on Huge serving dish.

All of these ingredients were stuffed in the belly of the carcass, with the addition of three cups of water, and we sew them and put them in a barbecue grill.
And we come to the rice net and put it under the barrel or the hole and the carcass network on top, and we control the closure of the barrel completely and fill it with dirt, and we wait for about three hours before opening the outer cover, and we get out the carcass after it has flattened.
Arab cuisine is characterized by sweets in general and Jordanian in particular, which is part of the meal itself or is eaten after the basic meal.

Konafa is one of the delicious types of beautiful pastries to which cheese and syrups are placed with some crunchy supplements, and there are three varieties and good varieties of this wonderful beautiful dish. 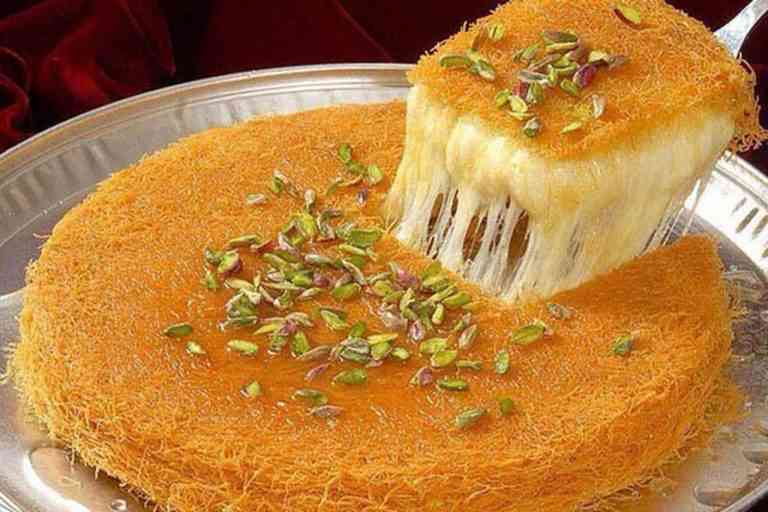 Harissa is a sticky, bulky and heavy mixture of different contents. Although mush is a very sweet and sugary food, its taste is irresistible because the sweet flavor comes from honey and not from sugar.

The semolina is made in honey, butter, yogurt and almond, which makes it a sweet and delicious taste that cannot be ignored