Switzerland is famous for its picturesque mountain villages and for its magnificent natural views that captivate the eye, and the mountains cover 60% of the total area of ​​Switzerland. Many visitors to Switzerland describe it as the paradise of the earth, because of its natural scenery. It is a lake of lakes, mountains, green meadows and snow-covered peaks. 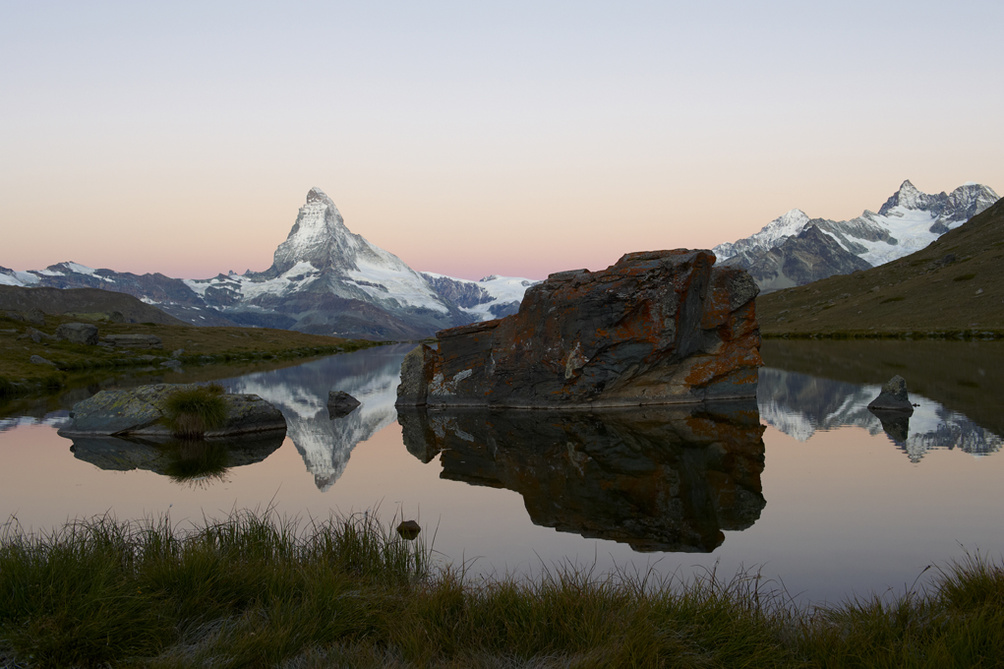 Matterhorn is the hallmark of Switzerland: the world’s most photographed giant mountain. The first ascent of this 4,788-meter peak was in 1865, which claimed the lives of four of the seven mountain climbers, changing the formerly isolated region forever. Matterhorn has become a world famous and a target of many aspiring mountain climbers. If you want to marvel at Matterhorn without physical exertion, take the train from Zermatt to Klein Matterhorn (Matterhorn Glacier River Paradise) – the highest mountain railway station in Europe (3,883 meters). 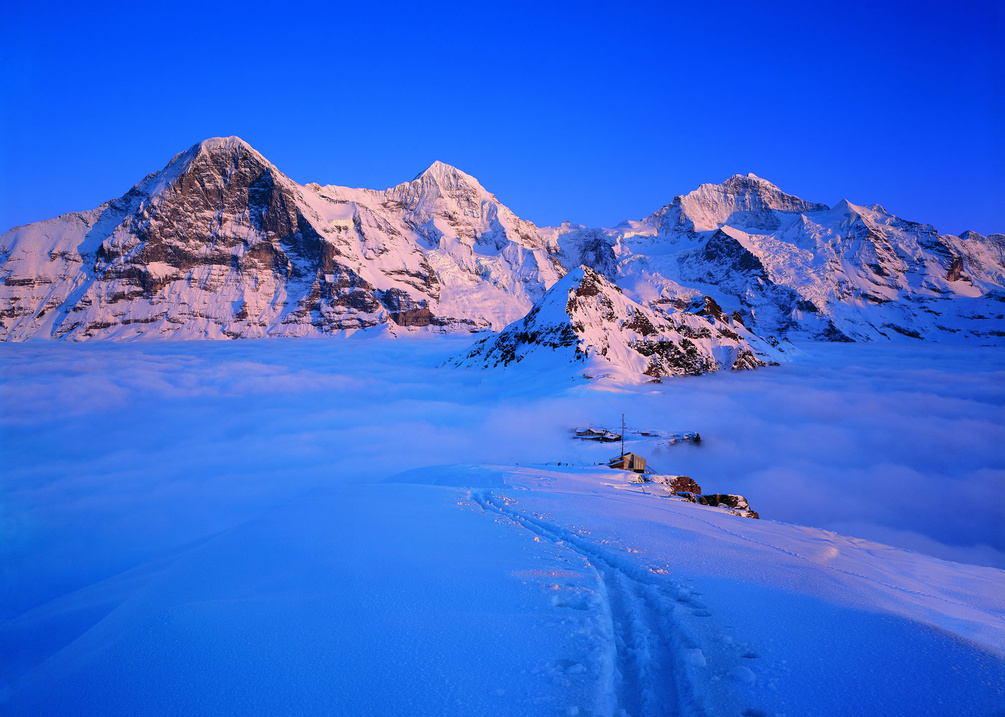 At an altitude of 4,158 meters, Jungfrau is the third largest mountain in the Bernese Alps and forms a distinct group of three mountains with Eiger (left) and Mönch (center). The name Jungfrau originates from Wengernalp at the foot of the mountain, its owners – nuns from the Interlaken Abbey. The closest road to Jungfraujo is the famous Jungfraujoch, which is 3,454 m and is referred to as the European Summit. 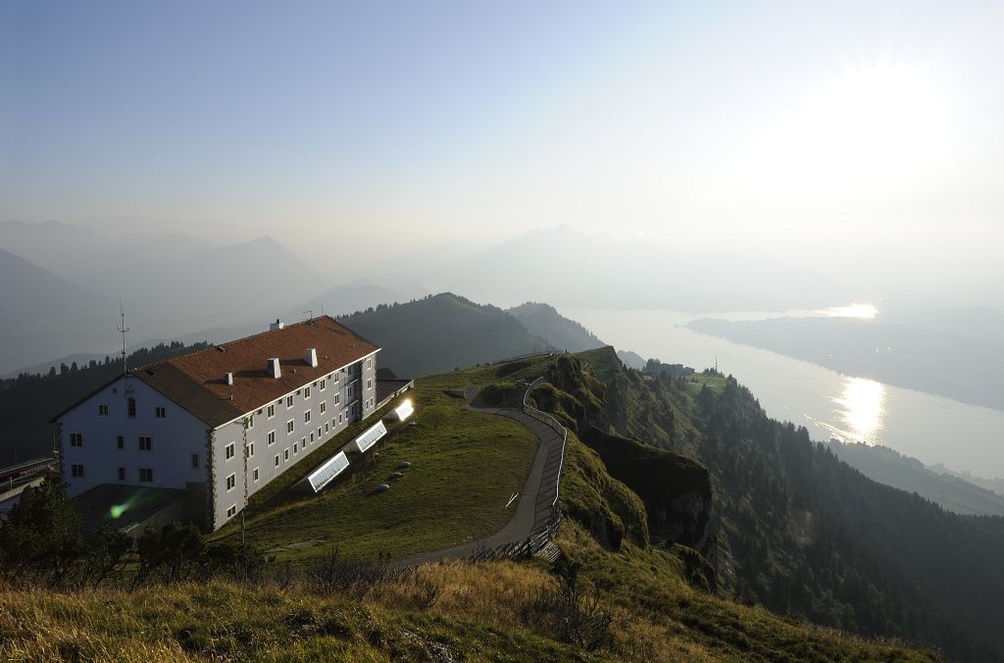 More than a hundred years ago, adventurers and those lovers of romance – Mark Twain – ascended to Reggae and their families the Sea of ​​Summits. Reggie is also referred to as the Queen of the Mountains, which can be traced back to her Latin translation and highlight its greatness and beauty. The Rigi site is also suitable for the queen between Lake Lucerne, Lake Zug and Lake Lauerz. By the way, the first mountain hotel in Switzerland opened in Rigi Kulm in 1816. 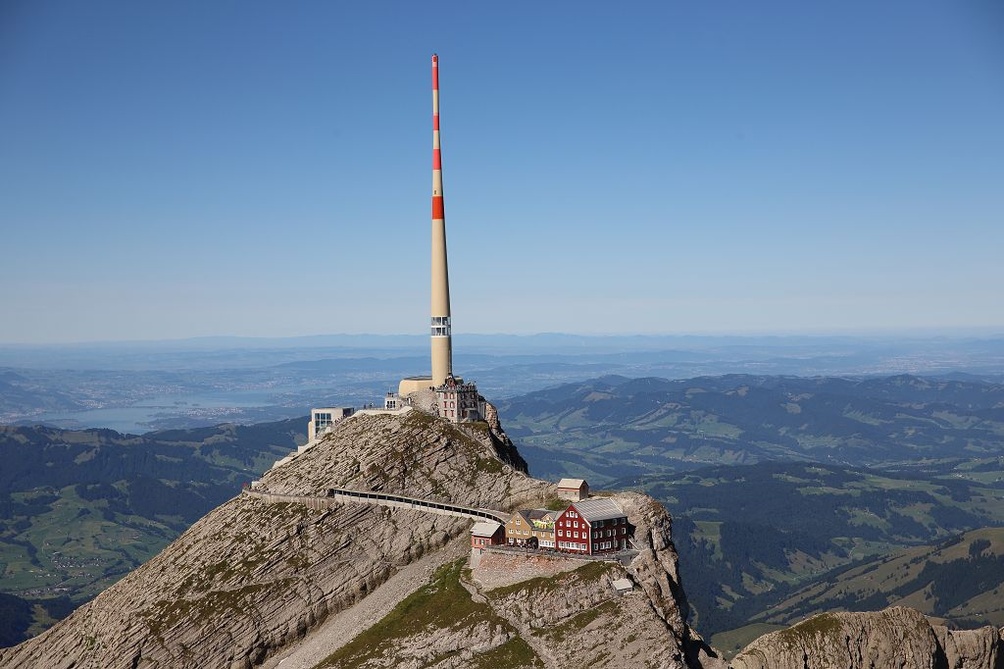 At an altitude of 1800 m, the northern face of Mount Eiger is one of the highest northern faces in the Alps – to be the first to occupy it was his dearest dream to many climbers across Europe. After several attempts, a team of four ropes tied the northern wing to the summit for the first time in 1938. In contrast to the first rope teams, which took several days to reach the summit, the current record was two hours. And 22 minutes (Ueli Steck achieved on November 16, 2015). The Eiger path at the foot of the North Face will certainly raise some sense of climb.

Weather permitting, 2.502 meters of Santis gives wonderful views to Switzerland, Germany, Austria, Liechtenstein, France and Italy. The tallest mountain in the Alpstein region is a popular destination for tourists and hikers, as well as being the hallmark of Lake Constance. The mountain, which can be seen from far away, is also known for the harsh climatic conditions that can only be found in high mountain areas. 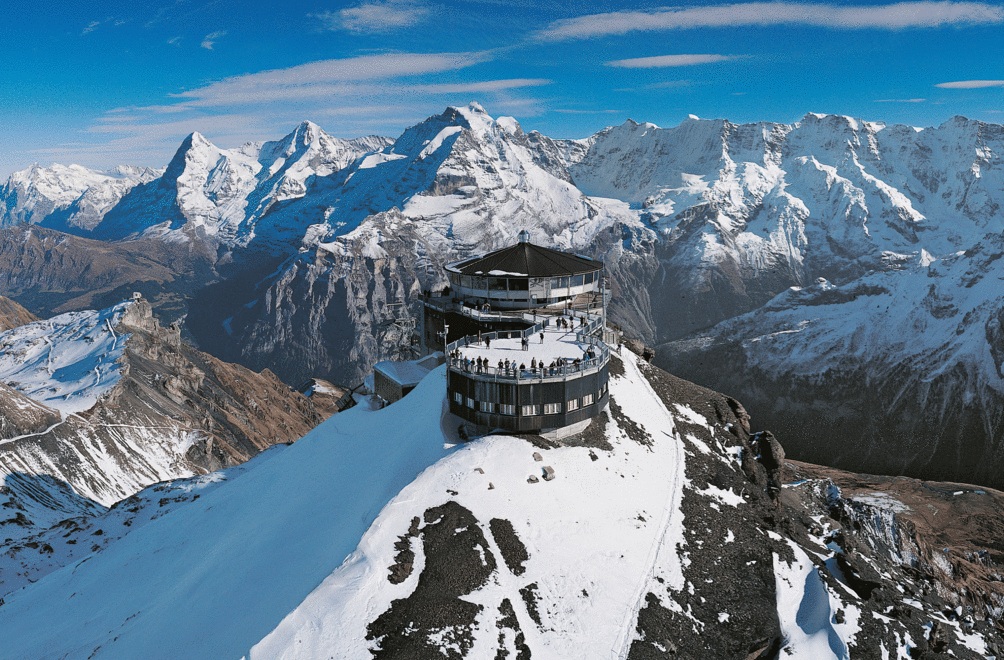 German producer Hubert Fröhlich traveled in the Alps in search of the perfect location to shoot the upcoming James Bond movie. He arrived in Grindelwald in 1968 and discovered Schilthorn at his new summit station – exactly the place he had been searching for for a long time as a place for the fictional biz Gloria. Since the summit building was only partially constructed at the time, the following contract was concluded: Schilthorn Cableway Ltd placed the place in the Film Team division in exchange for financing the permanent extension of the summit building. With success: “On Her Majesty’s Secret” was shot from October 1968 to May 1969. Guests can learn everything about filming the amazing movie at the interactive “Bond World 007” exhibition at the Summit Building. 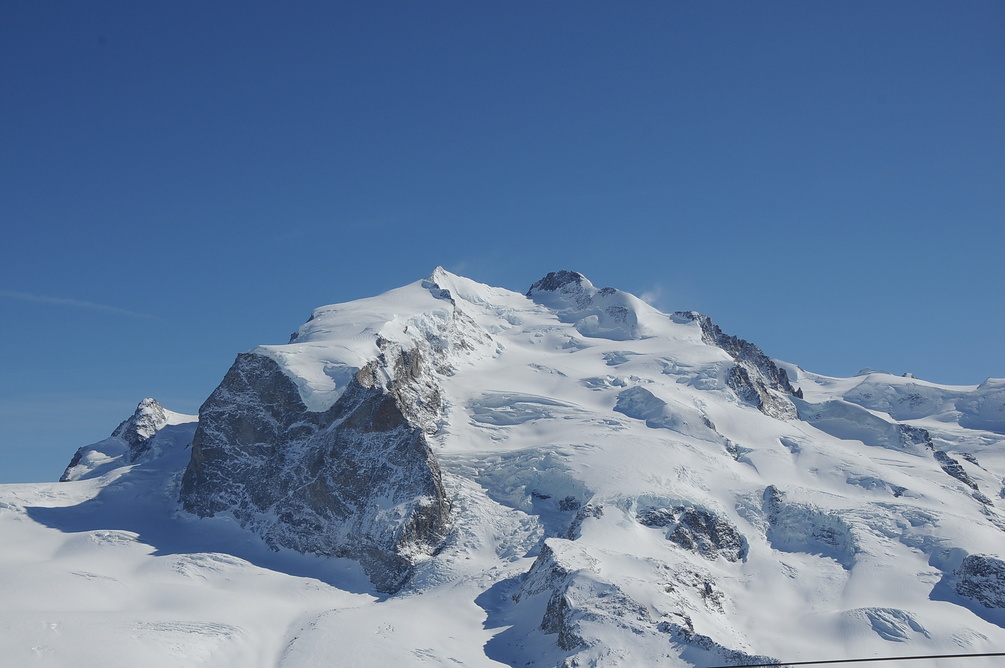 At an altitude of 4,634 meters, Dufourspitze is the highest peak in Switzerland! It is one of the ten major peaks of the majestic Monte Rosa. Its rival is the Dom, the highest mountain in Switzerland. The first ascent of Dufourspitze was on August 1, 1855 by a rope team led by Englishman Charles Hudson. Hudson was later a member of the team that completed the first ascent of Matterhorn in 1865 – and one of the climbers who fell to death. If you prefer to see the high mountain from a safe distance, choose instead the train to reach Gornergrat above Zermatt. 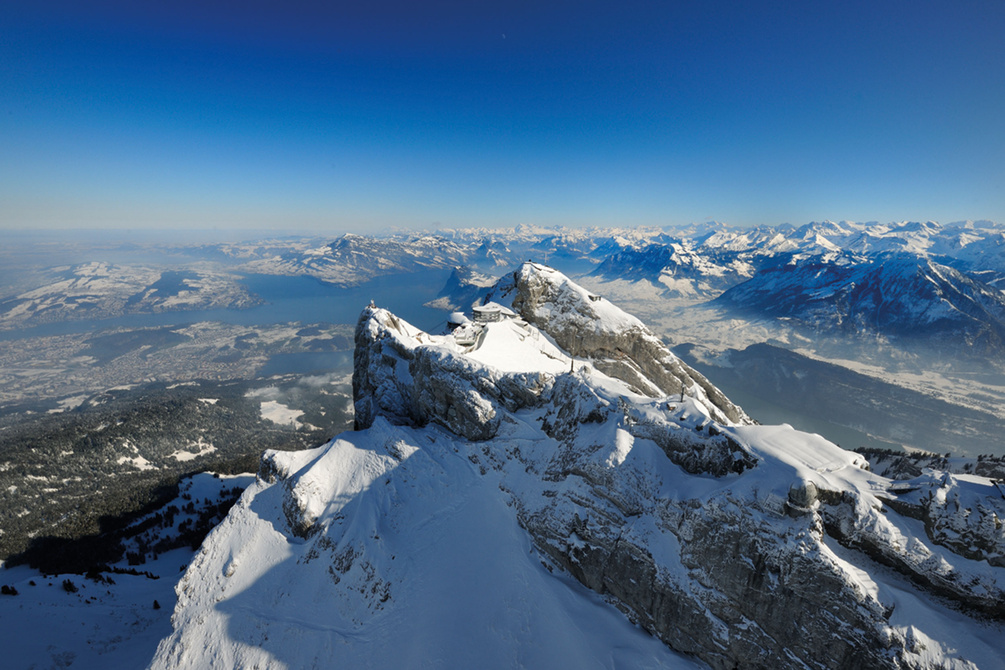 One of Lucerne’s mountain mountain mountains is one of the most legendary places in central Switzerland. It is assumed that a dragon rock fell from the sky in 1420, and the Roman ruler Pontius Pilatus is said to be buried in Lake Pilatus and a fossil man is said to be watching in front of a cave. One thing is for sure: Mount Pilatus 2132 m offers panoramic views of the 73 Alpine peaks on clear days. 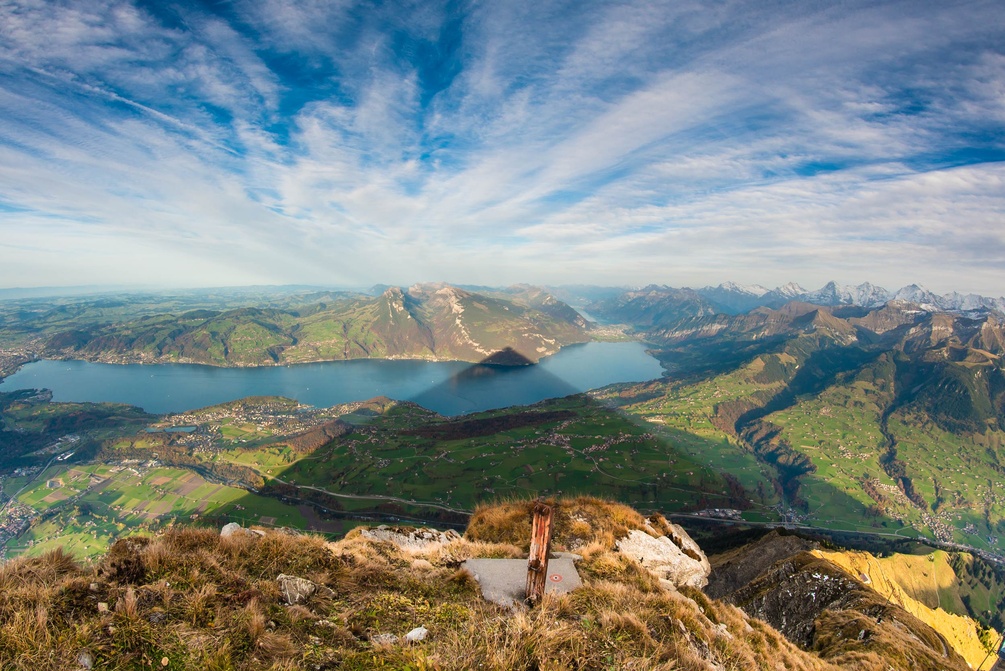 The ideal pyramid shape in Niesen has often inspired artists to introduce him into artworks over the years – including Ferdinand Hodler (1909), Paul Klee (1915) and Cuno Amiet (1926). The peak of the 3662-meter pyramid can be easily reached via the Mülenen funicular – or within about 5 hours via hiking trails. Those who take part in the traditional Niesen climb the tallest stairs in the world (11,674 stairs) will find it even harder – it is not usually allowed to reach stairs along the railway. 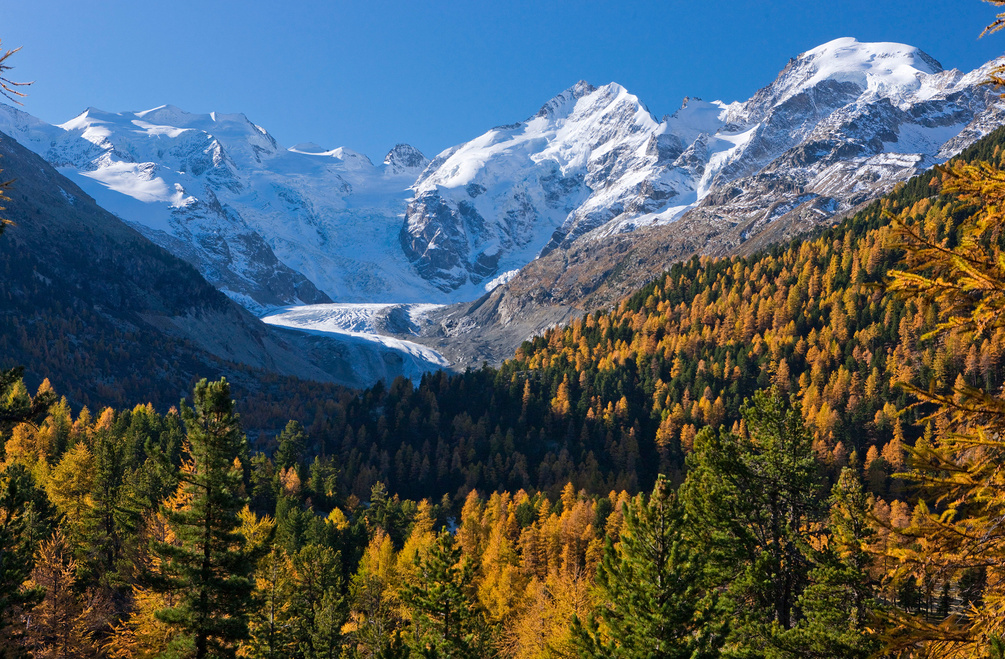 On September 13, 1850, the young topographer Johan Quas and his aides reached the highest peak in the Engadine Mountains and Italy, and they called Mount Biz Bernina, which is 4,048 meters high. Coz has been commissioned by the Swiss Federal Office of Topography to measure a peak that has no name yet. Today is a fact: Biz Bernina is the only mountain from 4000 meters in the eastern Alps and the highest mountain in the canton of Graubünden. You can enjoy a magnificent view of the 4000 meters of peaks from Diavolezza Supreme Station.