The cable car is one of the most famous means of transportation that exists in the famous city of Langkawi, as this wonderful island is considered one of the most beautiful islands that exist in the state of Kedah and that contains a lot of entertainment and distinctive and civilized tourism and one of the most important of this distinct cable car 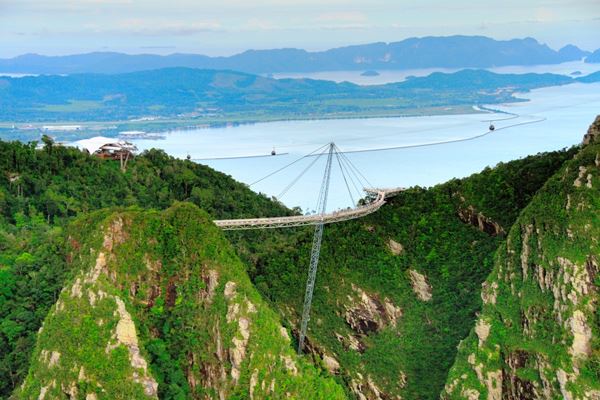 It is also distinguished by its presence on the famous sky bridge, which is known as the langkawi sky Brigge, which is one of the most famous tourist attractions that exist in the famous Langkawi Island, which is located on the land of Kadah State or as pronounced by many Malaysians. Kedah State is the most famous state In the state of Malaysia, because it contains different and wonderful tourist areas, and it is worth noting that the name of this state in Arabic means the state of Dar Al-Aman, as this state is known to be located in the northern region of Malaysia where it is located in the top north of this country It is also famous for growing rice, because of that Rice cultivation is everywhere, as it is considered one of the oldest Malaysian sultans in the southeastern region of Asia, as it was the main residence of the royal family, which was ruling this entire state and which is the first royal family present in the entire state of Malaysia , As this state is located specifically in the northwestern region of the Malay Peninsula, 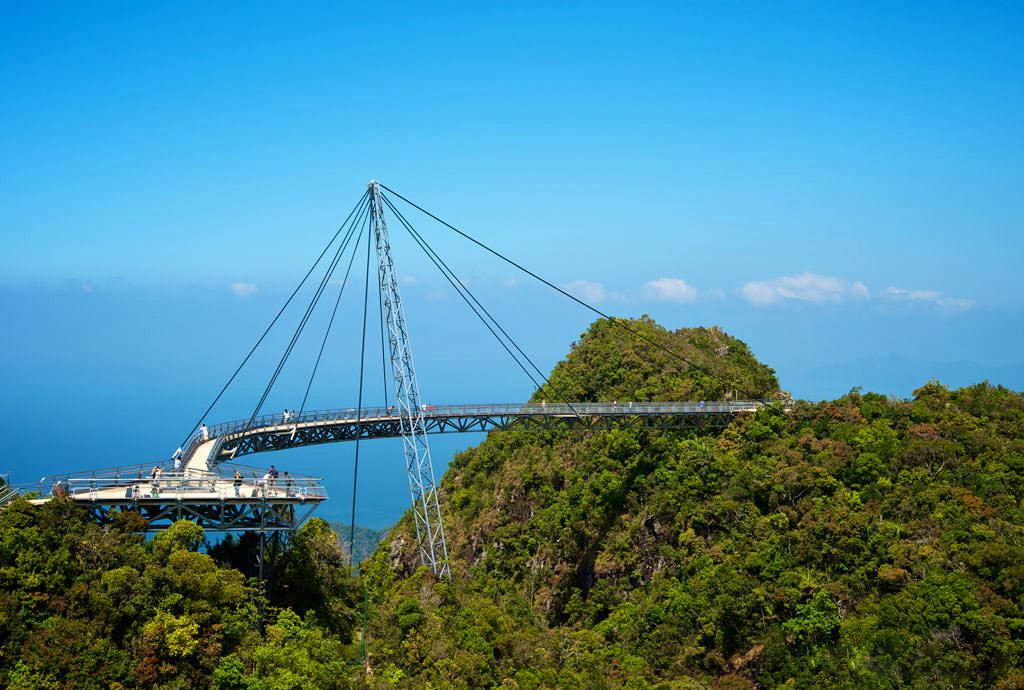 There is also from the northern side it has the state of Perlis and from the south side there is the state of Perak, and it is worth noting also that this wonderful state is located on a piece of land that may reach an area of ​​about more than nine thousand and four hundred square kilometers approximately, but it will remain The island of Langkawi is always one of the most important and most famous cultural landmarks on the state land. 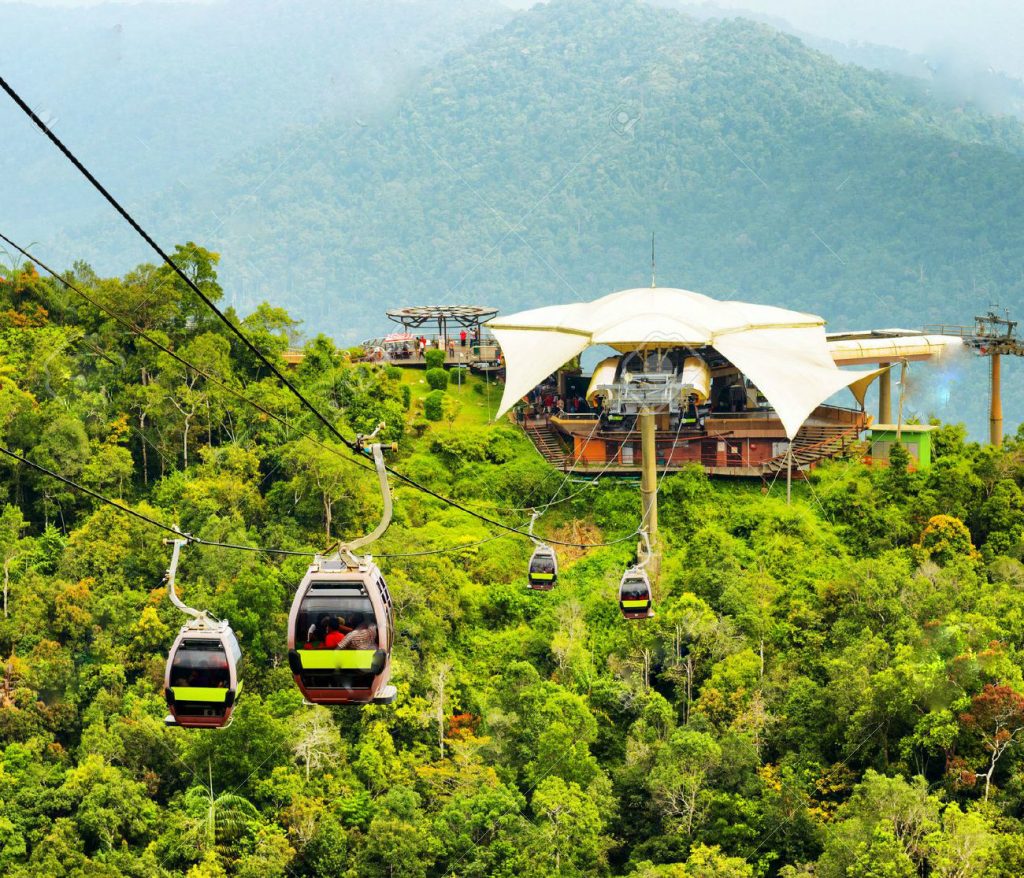 It is known that the cable car was opened in the third year of the new millennium AD, as it was about two and twelve kilometers long. As for the height, it rose by more than seven hundred and nine meters above the sea level, as it links between two cities. And the time spent on this interesting trip is about fifteen minutes, which gives you the opportunity to see many waterfalls and rain forests in addition to that you can also see the borders of the state of Thailand from the northern side of it and also see the southwestern borders of the state of Indonesia if the weather Quiet and sunny, and knows this A cable car is located specifically in the north in the port of Telaga, which is close to the entrance to the eastern village, which is one of the most important areas that are considered one of the most important shopping centers of the famous Malaysian character. 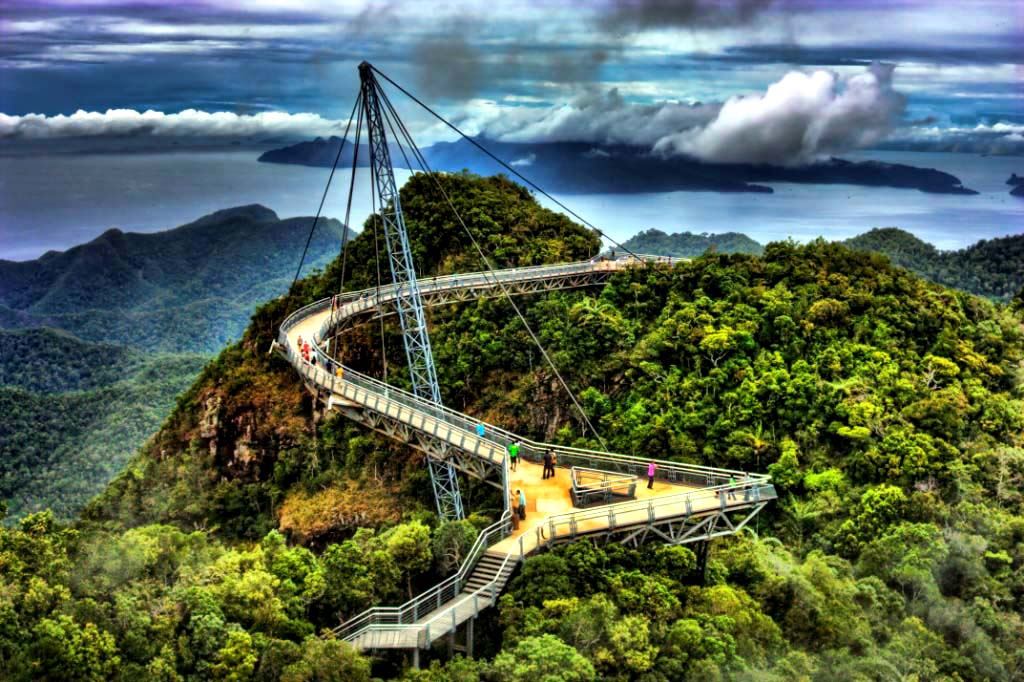 And before riding the cable car, you must psychologically prepare to go into this wonderful experience, as it will move you the cable car at a great height, which reaches the degree of inclination of this cable to approximately forty-two degrees, where it can go to cross more than two kilometers approximately in a period of time. Fifteen minutes, which brings you to the other station, which is located between the mountains, and there is also the famous suspension bridge, which can be toured over it to enjoy the most beautiful scenic sights and landscapes, which can also be reached via cable car. 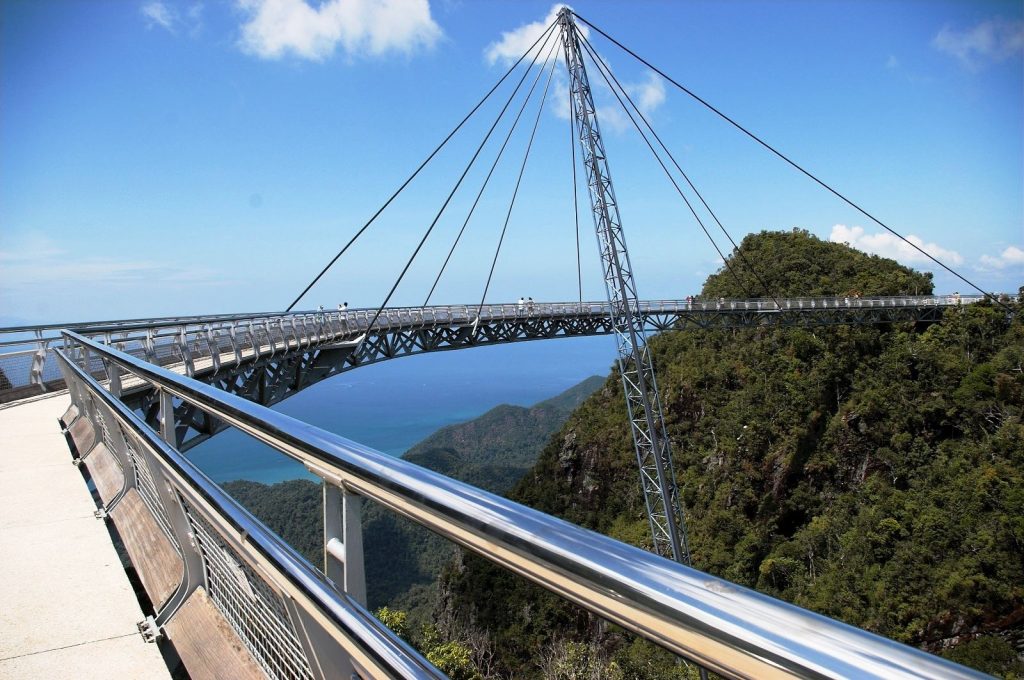 It is worth noting that the famous Langkawi Bridge has special cables that make it one of the most beautiful pedestrian bridges, as it was constructed in the fifth year of the same millennium AD, reaching a length of about one hundred and twenty five meters, and it is located at an altitude of about seven One hundred meters above sea level, which makes it easy to reach by cable car, which operates from ten in the morning until seven in the evening.