Denmark is one of the most “colorful” tourist destinations on the European continent, it is home to large areas of green and blue colors that you can find in its charming green forests and its bodies of water with clear water, especially the Baltic and North Sea. You can also find many other colors in Danish cities and towns with colorful architecture at its best, and with all that much color is not surprising that Denmark is famous for being one of the happiest countries in the world.

Denmark may be the smallest among the group of Scandinavian countries, but it certainly has a lot to offer everyone as a tourist country, and for this reason it has become one of the most popular tourist destinations throughout Europe, and thanks to Ryanair Airlines low cost, it has become easier and less easy to travel between beautiful Danish cities. Cost.

Come with us to get to know some of the best Danish tourist cities:

Copenhagen, which was one of the fishing villages during the Viking Age, is now one of the most beautiful and famous modern European cities, and Copenhagen is often the starting point for all tourist trips inside Denmark, and this is not surprising as it is the capital of the country and its largest city in addition to being the cultural and financial center For the country, and it contains countless numbers of tourist destinations and tourist attractions, most tourists come to visit Copenhagen for two reasons: visiting the famous Tivoli Gardens, which are the most visited parks in Scandinavia, and in order to see the statue of the “Little Mermaid” or the statue ” Bride Little Sea ”, a brilliant bronze statue inspired by the story of the Little Mermaid, in addition to that there are many other famous sights in Copenhagen including the Christianshavn neighborhood.

Aarhus is the second largest city in Denmark and has an estimated population of about 330,000 people. The history of the establishment of this beautiful historical city dates back to the eighth century AD, when the city started one of the fortified settlements of the Vikings, and then became a popular commercial center in the region for several centuries and then an important cultural and music center Even in 2020 it was chosen as the capital of European culture, and Aarhus is famous for its interest in music and hosts the annual International Jazz Festival. You can visit other famous sights in the city, the most famous being Aarhus Cathedral dating back to the thirteenth century, which is the longest and most famous The city’s churches.

The city of Odense or “Odin haven” as its name means in the Danish language, is the third largest Danish city and one of the most famous tourist destinations in the country, where this beautiful city that was in the past a haven and place to worship the god Odin (the most famous deity in Norse mythology) is known as the birthplace The place where the famous Danish author Hans Christian Andersen grew up, Odense is also home to many famous sights such as the ancient Viking Castle, the “Funen Village” museum and is dedicated to the era in which Hans Christian Andersen grew up and lived, and there is also the “Funen’s Abbey” museum, It is one of The oldest art museums in Denmark, the historic St. Canute Cathedral, which dates back to the eleventh century.

Skagen is located in the far north of Denmark, overlooking the Baltic Sea and the North Sea. Skagen is known as the main fishing port in the country, as well as being one of the most popular tourist destinations in Denmark, where an average of two million visitors a year is accepted, Skagen is home to many regions Picturesque natural and charming sandy beaches, and therefore it was one of the favorite spots for Impressionist painters in the nineteenth century, and Skagen has become a favorite of the wealthy and sailing enthusiasts.

Roskilda is 30 km west of the Danish capital Copenhagen. Roskilda, which was once the capital of Denmark, is famous for being one of the oldest Danish cities and the place where many of the Danish kings are buried. Another popular tourist attraction in Roskilda is the Viking Ship Museum where there is a five wreck Viking ships sank during a naval battle to protect Roskilde from the invasion, and there is also the royal palace that turned into an art gallery, “Kunst i Roskilde” (Roskilde Jars), which is decorated with three huge vases of various sizes and placed on the field to mark the thousandth anniversary of the founding of Roskilda. 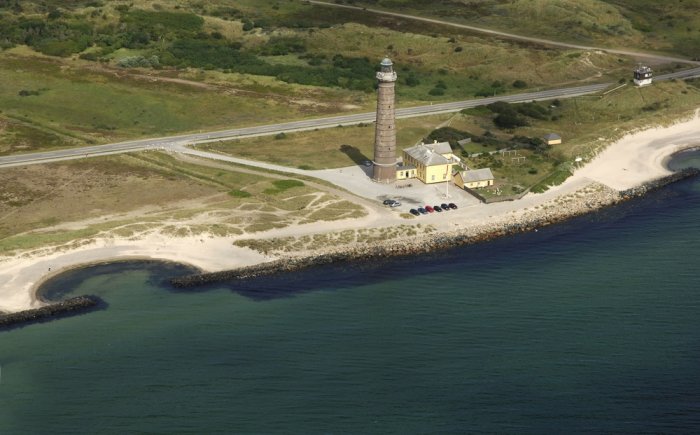 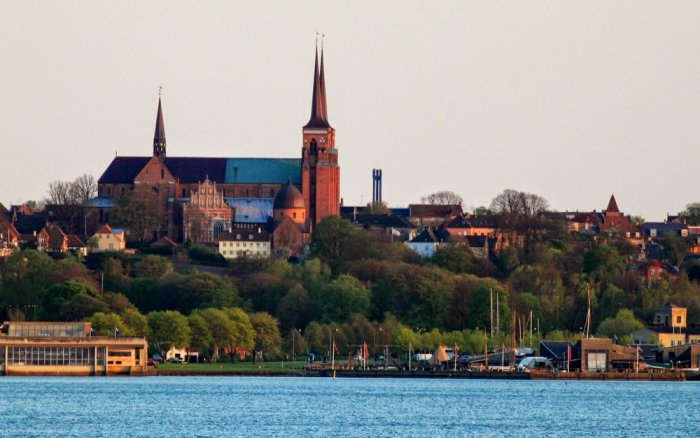 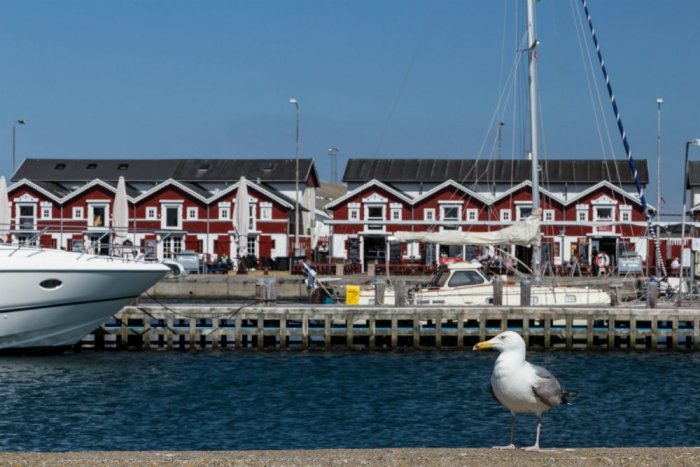 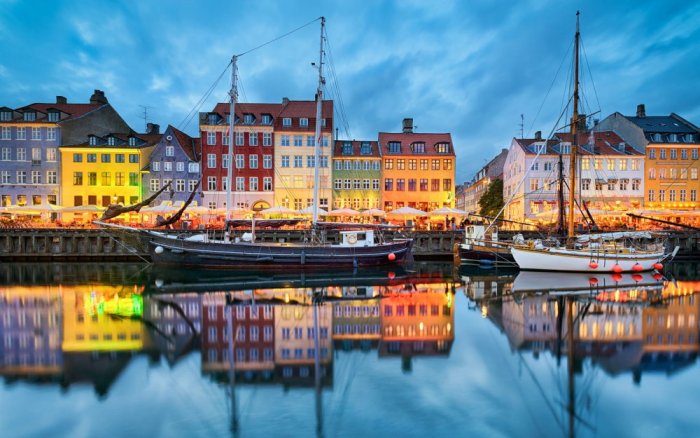 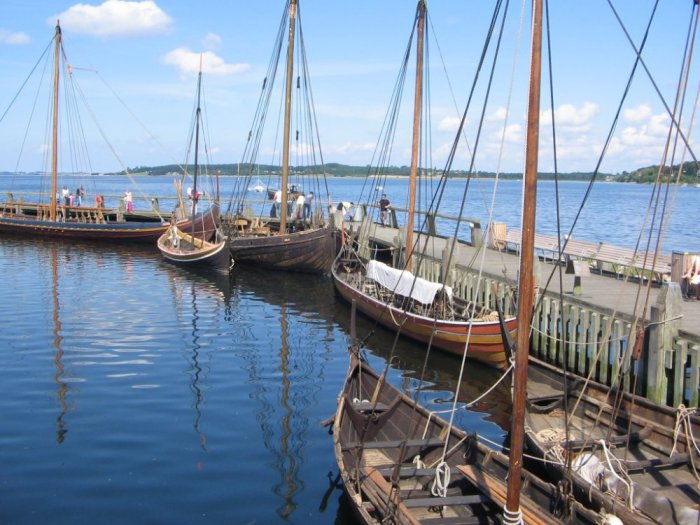 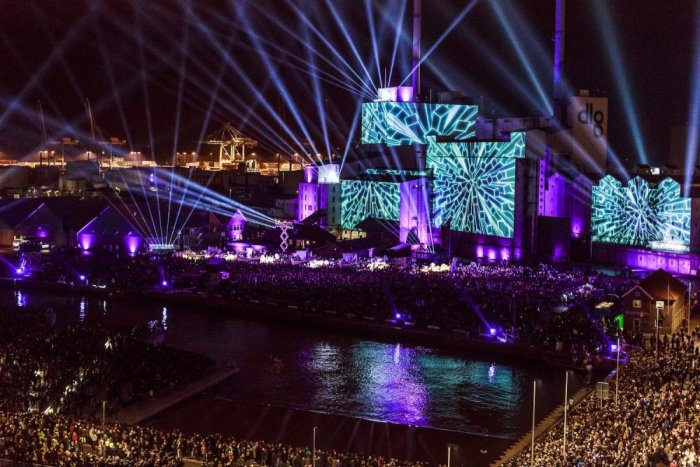 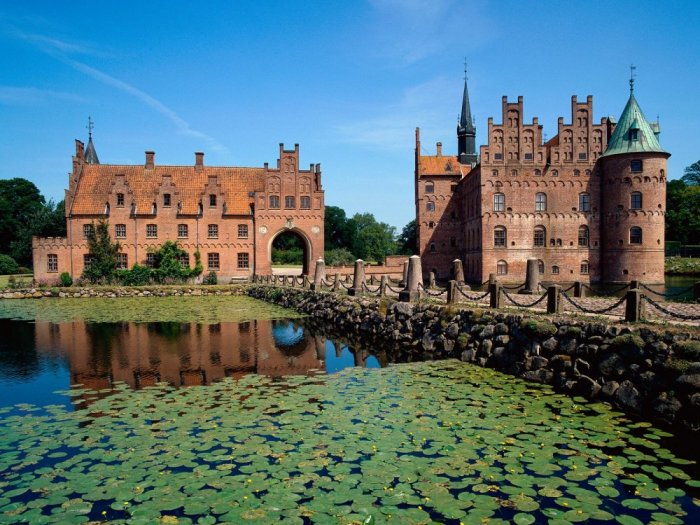 Denmark Copenhagen is the starting point for all excursions within Denmark 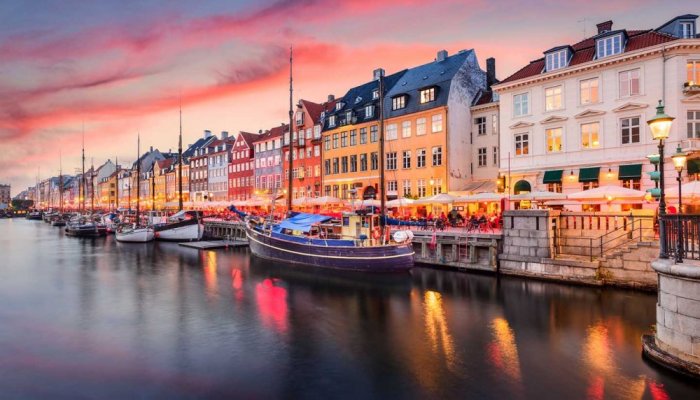 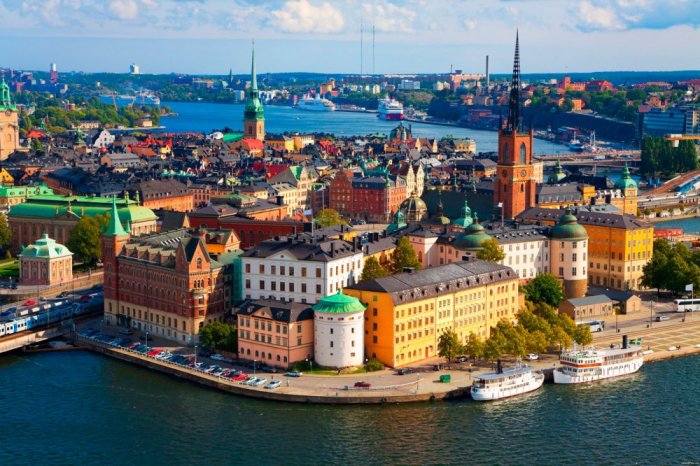 Denmark is one of the most popular tourist destinations throughout Europe 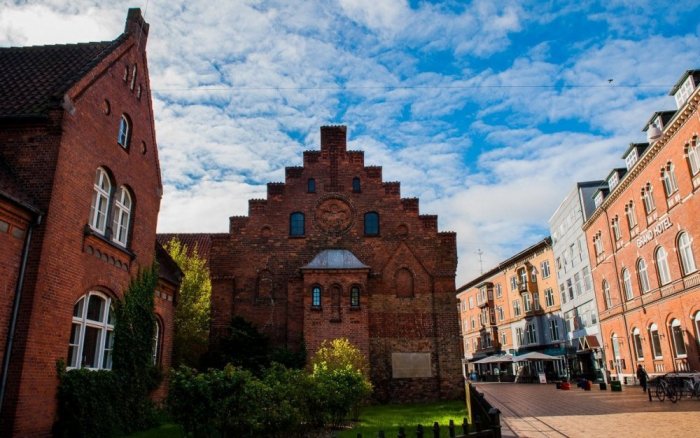