Learn about Versailles, its gardens and fountains

Twenty kilometers southwest of the French city of Paris is the Palace of Versailles, which is one of the most important palaces in the world and one of the most beautiful tourist, historical and artistic monuments in France, where its history dates back to the eighteenth century, and this palace highlights the features of classic French architecture derived from the Baroque style An Italian who reflects the power of the successive kings over the rule of this region. Through this article, we will get to know Versailles, its gardens and fountains.

The history of the Palace of Versailles 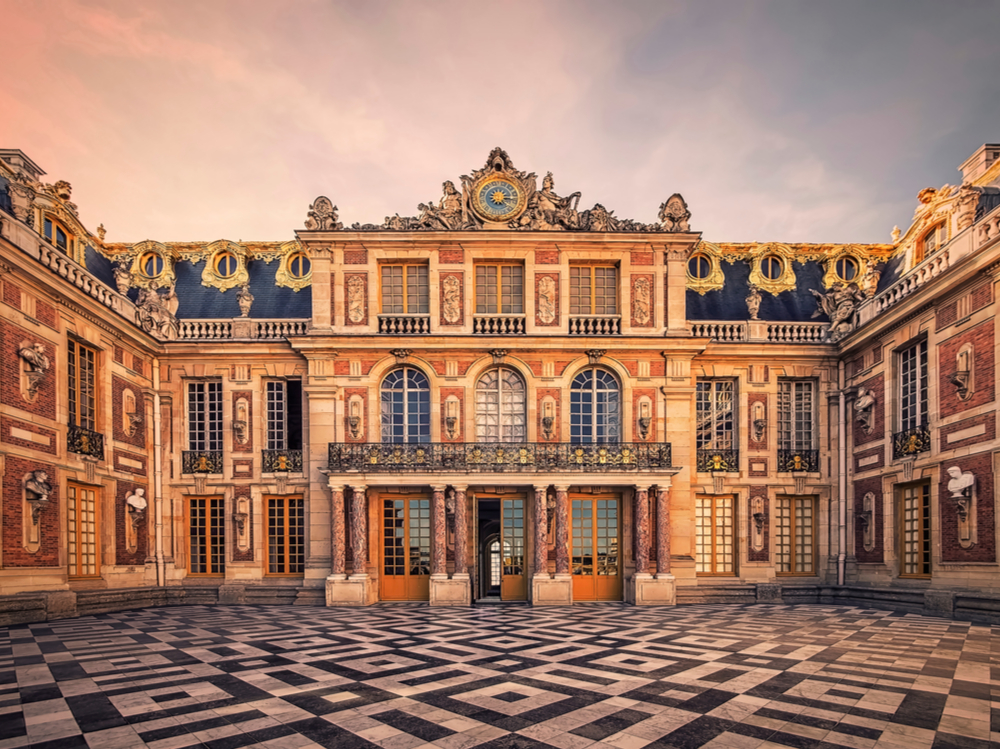 Versailles was the home of King Louis XIII, where he would stay after hunting trips
In the year 1624, King Louis XIII ordered the construction of a house for him on the top of a hill in the French village of Versailles, so that he could get off there after his hunting trips. Then years later, King Louis XIV came to decide to take this home as the headquarters of the French authority and start construction and expansion works from New to turn it into a large palace. This task was commissioned by architects Louis Lovao and Jules Ardwin, garden engineer André Lunotter and another for decoration. It took nearly 46 years to build Versailles, that is, between 1664 and 1710, to receive great attention from all politicians in Europe until 1789, when the French Revolution and the royal family fled the palace. In 1833, King Louis Philippe converted the Palace of Versailles into a museum that collects antiques and paintings that reflect France’s ancient history. 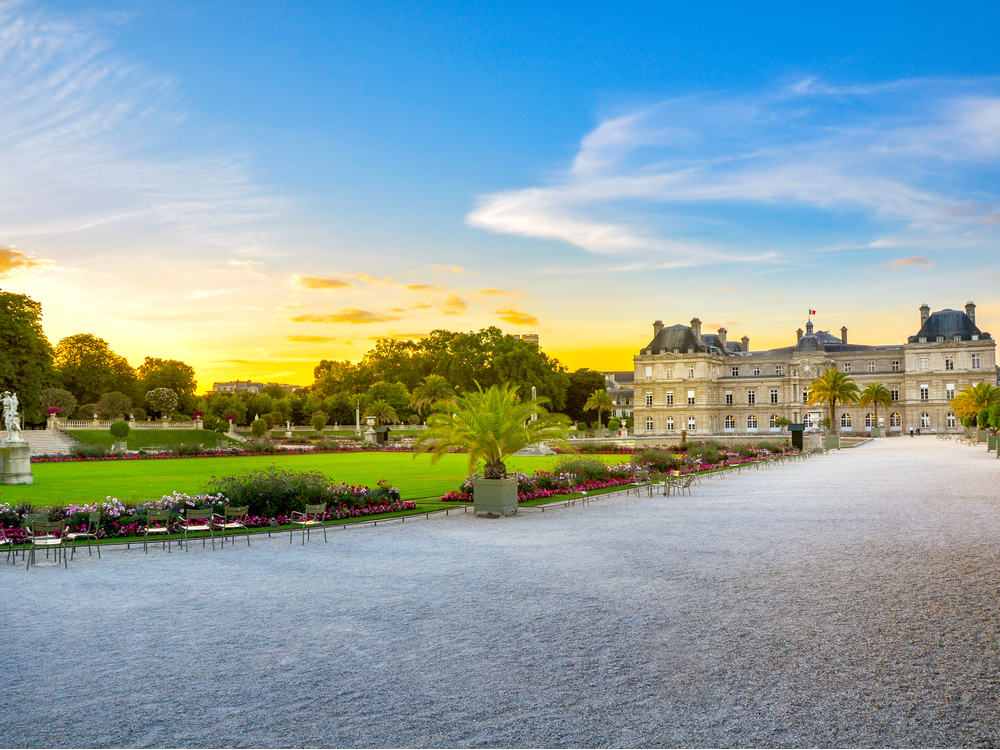 The Versailles Palace is a world heritage on the UNESCO List
The Palace of Versailles is one of the first palaces considered to be a world heritage on the UNESCO list, due to the historical and engineering standing of the palace and the distinctive artistic side that is reflected in all court installations where the palace consists of two thousand windows extending for eighty meters and all overlook the gorgeous palace gardens, in addition to multiple buildings divided into three Floors contain seventeen glass arches. In addition to the main buildings, the palace includes an apartment that was dedicated to the king, which contains seven halls and a room for the queen, in addition to a reception parlor and many galleries full of artifacts and paintings. 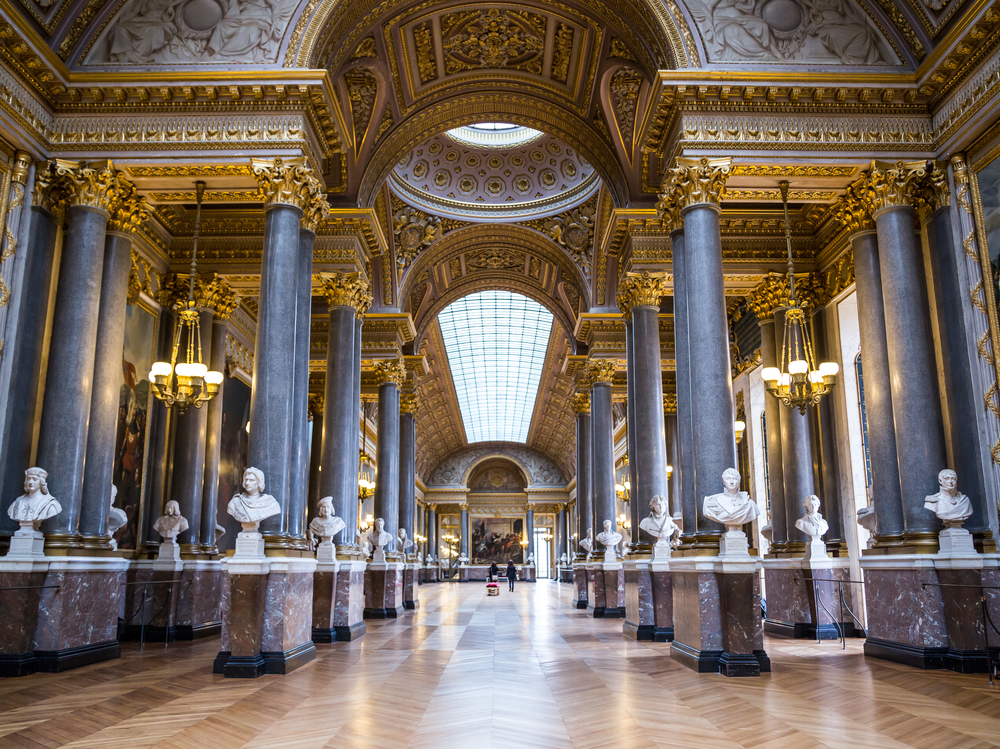 One of the most notable masterpieces of King Louis XIV
The Hall of Mirrors is considered one of the masterpieces of King Louis XIV. It was built in 1678 by the engineer “Jules Erdouan Mansar” and its length reaches 37 meters and the number of mirrors is 753 mirrors, all of which reflect the beauty of the outer garden of the palace. The bishop’s halls are decorated with reliefs and drawings representing historical epics and political, administrative and economic reforms undertaken by the king during his 54-year reign (1715-1661). 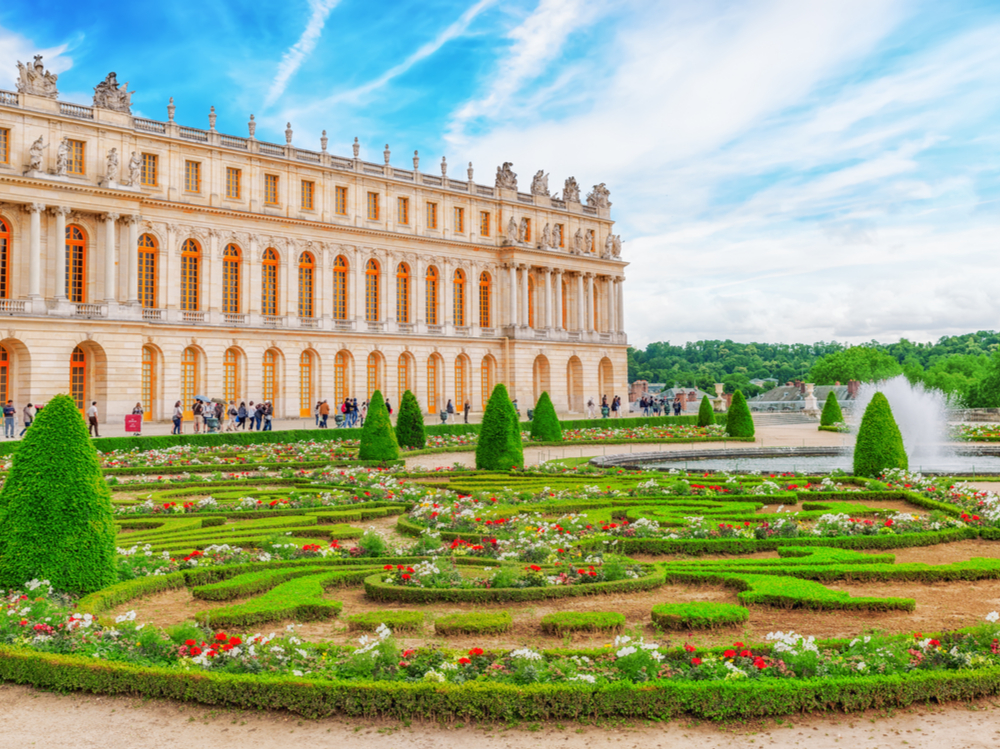 The Versailles Palace features very beautiful gardens
The palace includes among its walls beautiful gardens, with a total area of ​​800 hectares, including gardens of flowers, lemon trees, many bronze and marble statues, and paths surrounded by trees and shrubs. It was designed by “Helper Mason” and “Claude Mulet” and cared for throughout the reign of King Louis XIV gardener “Andre Lunotre”. 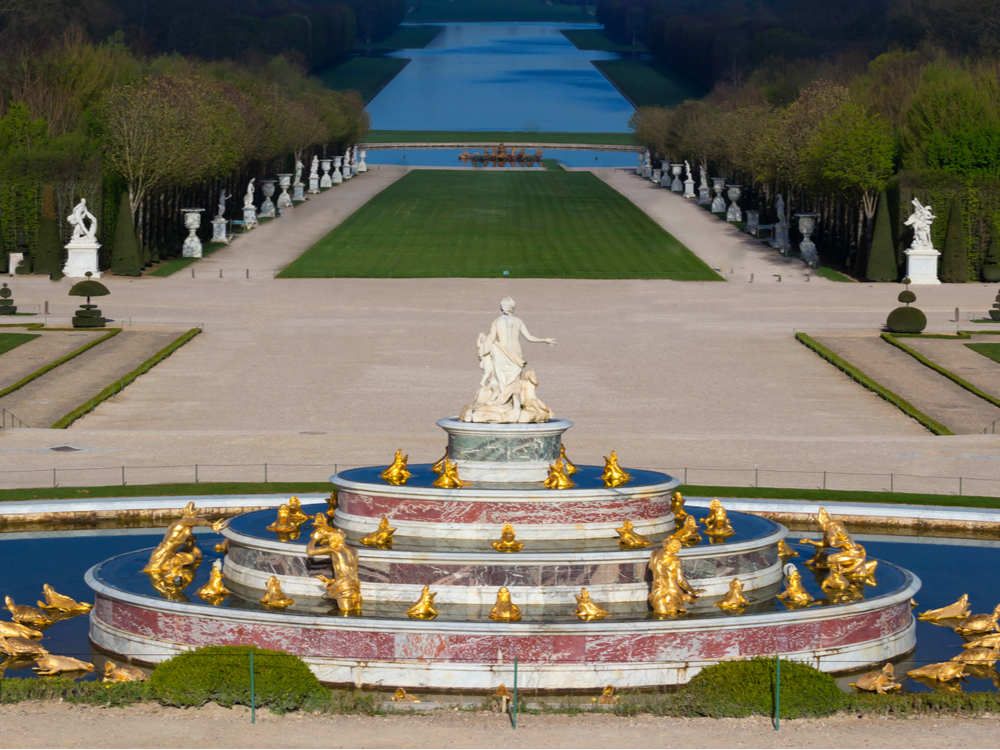 Travel advice to Ukraine … where the best tourist places in Ukraine ..