The geographical scope of Syria

It consists of mountain ranges in the west and a very steep interior region, in the east there is the Syrian desert and in the south the Druze Mountains, a dam built in 1973 on the Euphrates River is protected under the name of Lake Addis, the largest lake in Syria and the highest point in Syria is Mount Hermon (2814 m); 9,232 feet) on the Lebanese border between the wet Mediterranean coast and arid desert areas lies a steep semi-limestone area that extends across three quarters of the country 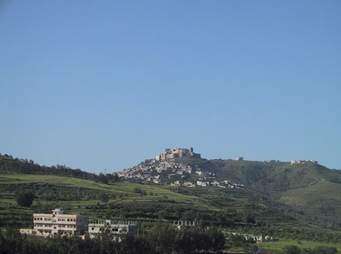 Which receives hot and dry winds blowing across the desert, Syria is extensively exhausted and needs 28 percent of the arable land, 4 percent earmarked for permanent crops, 46 percent used as meadows and pastures, and only 3 percent of forests.

The distance in kilometers between some Syrian cities 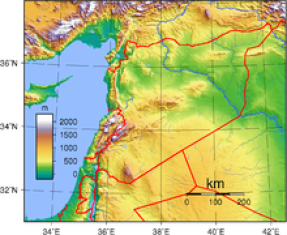 The distance from Syria to the nearest countries.

Means of transportation in Syria

You can take a train from Tehran or Istanbul: one connects Tehran-Aleppo-Damascus while the other connects Istanbul-Aleppo. All trains to Syria from Istanbul are jointly managed by TTCD (Turkey) and CFS (Syria) which is the cheapest way to travel to Syria From Europe.

If you are coming to Syria from Lebanon you can choose the taxi service that follows a fixed route between the bus stations, and these roads are convenient and the preferred way to reach the Syrian cities in Damascus, Aleppo Tartus, Homs and others.

Yellow taxis are a good mode of transportation if they are within the cities however you will need to know a little Arabic language because most drivers are not fluent in English.

It is called “maid” or “meecros” in the local language and it is a minibus or minivan that can accommodate approximately 10 to 12 people and carries passengers in and around cities on predetermined roads and usually the route details are written in the front of the microbus in Arabic , So you may need a local resident’s help to break it up