Learn the most beautiful river in the world in Colombia

This river is called (the most beautiful river in the world, the five-color river, the rainbow river), thanks to the many stunning colors in the river with different colors that add to this river a beauty that exceeds borders, to become one of the most beautiful rivers in the world due to the conflicting colors. The colors of the river change at the end of July until November, as the underside comes in the following different colors: yellow, green, blue, black, and red. 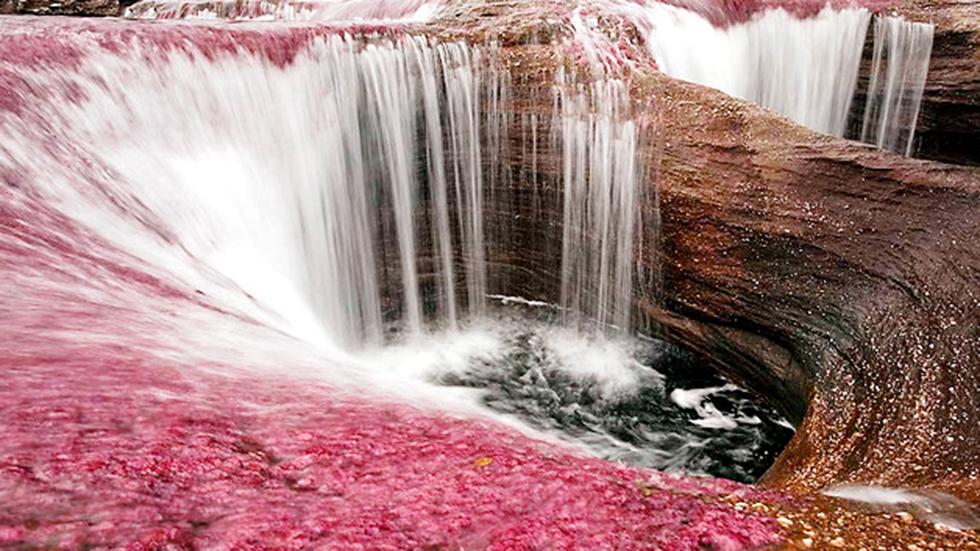 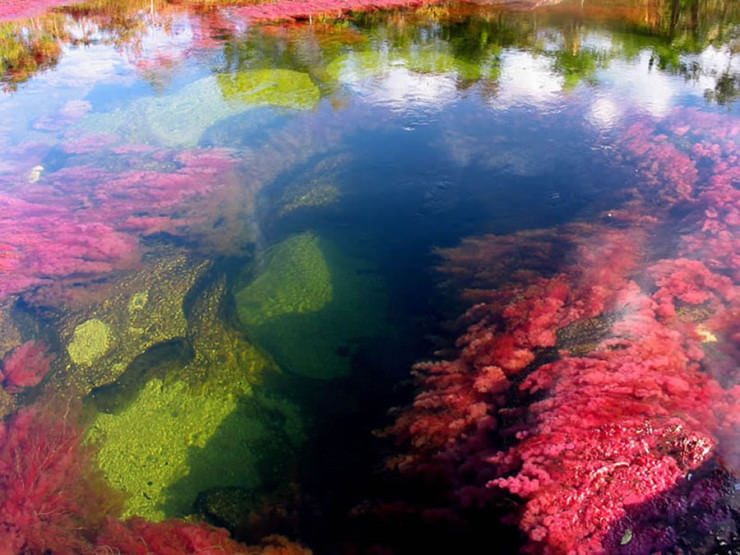 Canyo Christels is the Columbia River in Sierra de la Macarena, which is covered in rocks by green algae visible under the water with a clear stream. However, the river amazes those who see its picturesque colors as well as the vibrant river flowers in its many colors. The water level drops in a short period between wet and dry seasons, allowing the enjoyment of seeing the warm sunlight that comes in contact with algae on the river bed. This warmth leads to massive growth and great prosperity. There are unique types of plants growing in this picturesque river, which are located near yellow, green sand and blue water. This is a wonderful overlap, which occurs only for brief periods in between seasons between a few weeks from September to November.
tourism 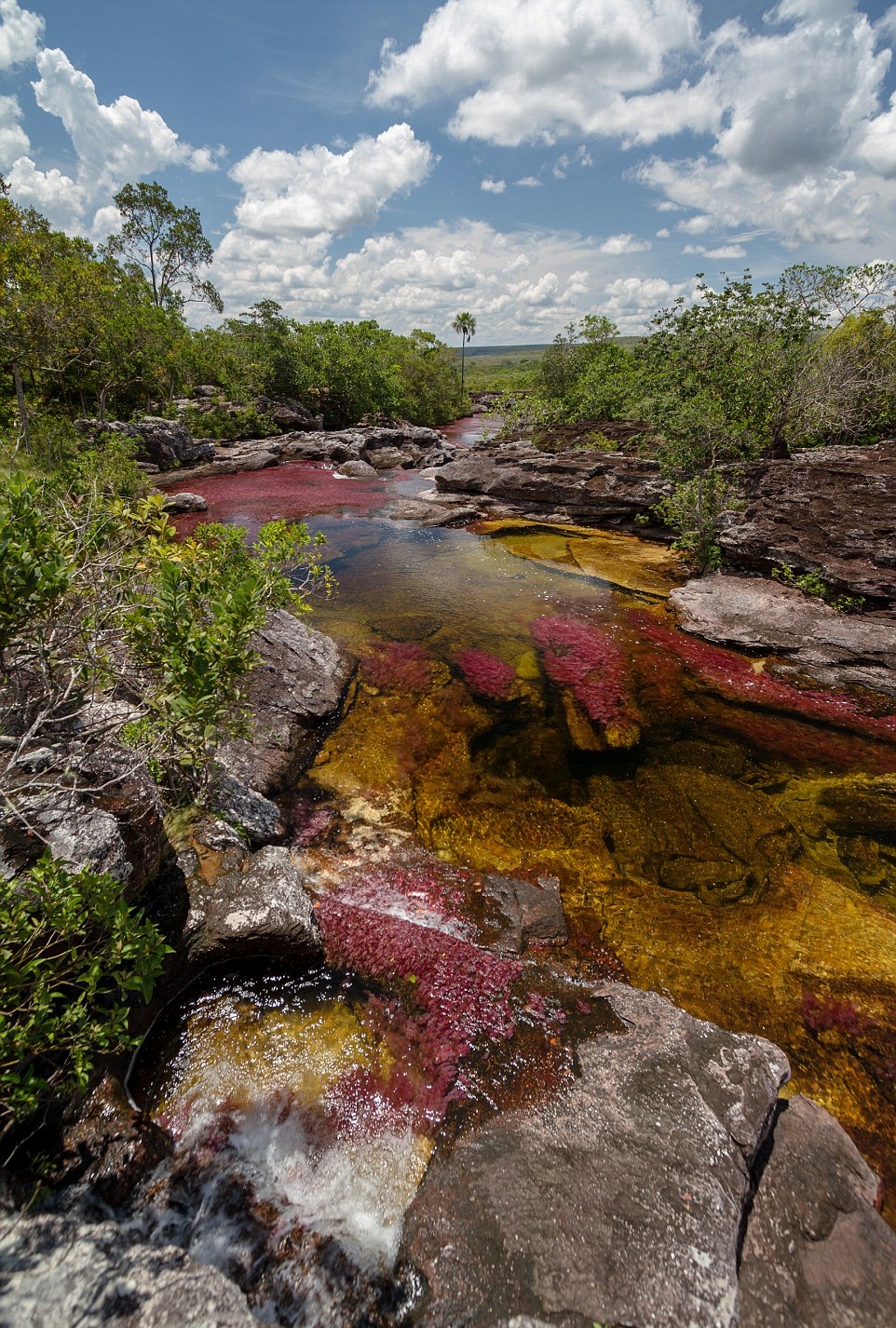 Canyon Christels is located in a remote, isolated area that is not easily accessible by road. The site has been closed to tourism for several years due to terrorist activity in this region along with concerns about the environmental impact on tourism. The Canyon Christels reopened to visitors in 2009, and the Canyon Christels today is among the many Colombian tourism agencies regulating access to Macarena. Visitors can also enjoy a short trip to the “Serrania de la Macarena” National Park located in Canyo Cristals. 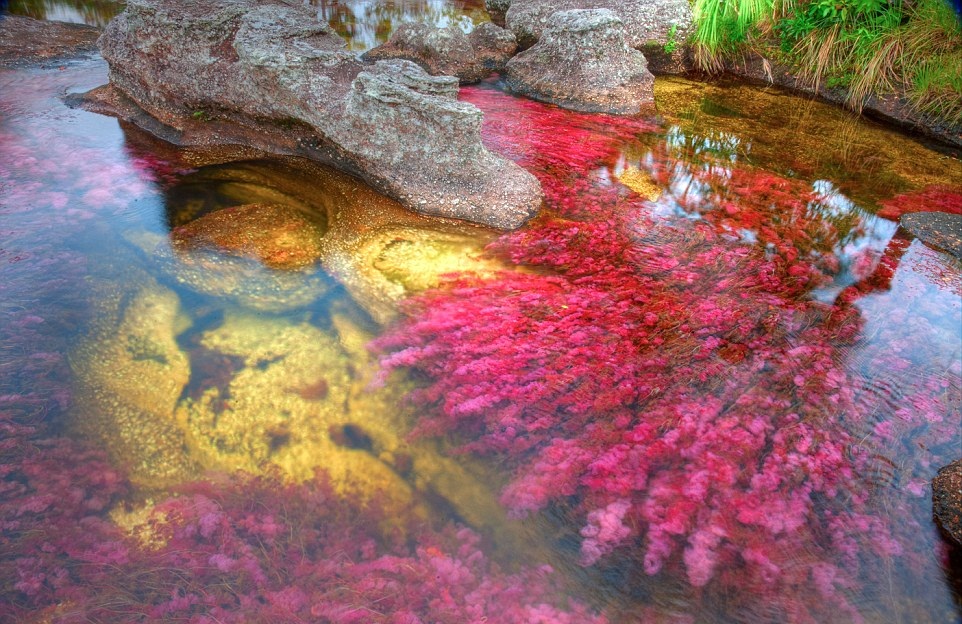 The most popular time to visit Caneo Cristales is from late July to early December.

geology
Quartz rock was formed about 1.2 billion years ago, which formed an extension of the western side of Guyana, Venezuela, and Brazil, which belong to the world’s oldest exposed rock. Canyon Crystals is a fast river with many cliffs and waterfalls, in addition to the presence of a rock fragment.
Animals and plants 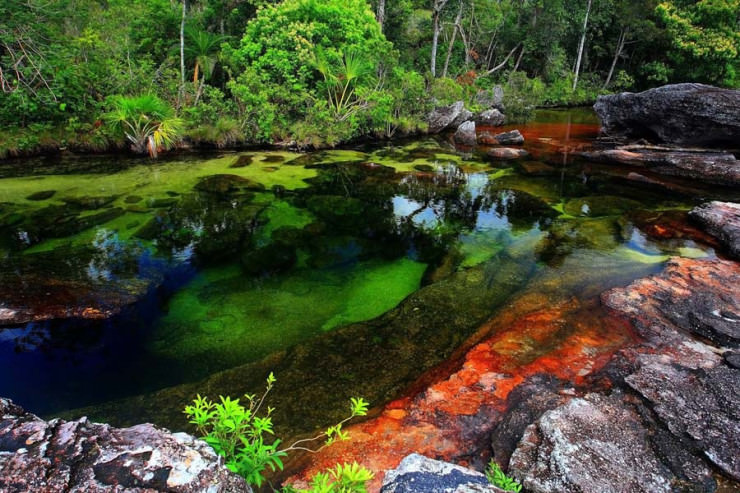 Serenia de la Macarena lies on the border of three large ecosystems, each with a great diversity of flora and fauna: the Andes, the eastern Janus, and the Amazon rainforest. The plant and animal life was affected by the great shortage of nutrients on the surface of hard rocks with various developments and modifications. Serenia de la Macarena is a hot, warm, and cold rainforest, and is home to about 420 species of birds, 10 species of amphibians, and 43 species of reptiles. 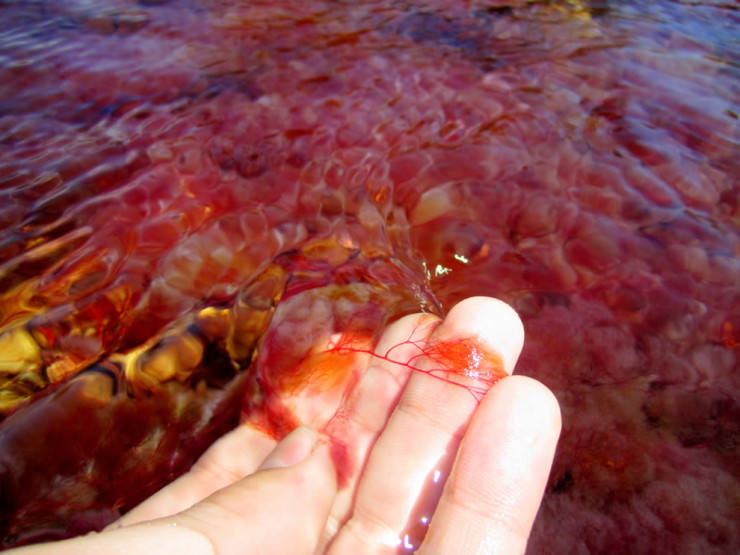 Caneo Cristales River is characterized by aquatic plants and fish. The water in this river is very clean due to the lack of nutrients and the presence of unique small red particles, which are colored pink from the riverbed at the end of July to November. This plant is found in some local rivers, such as Caneo SIETE MACHOS.

Picturesque pictures of the five-color river 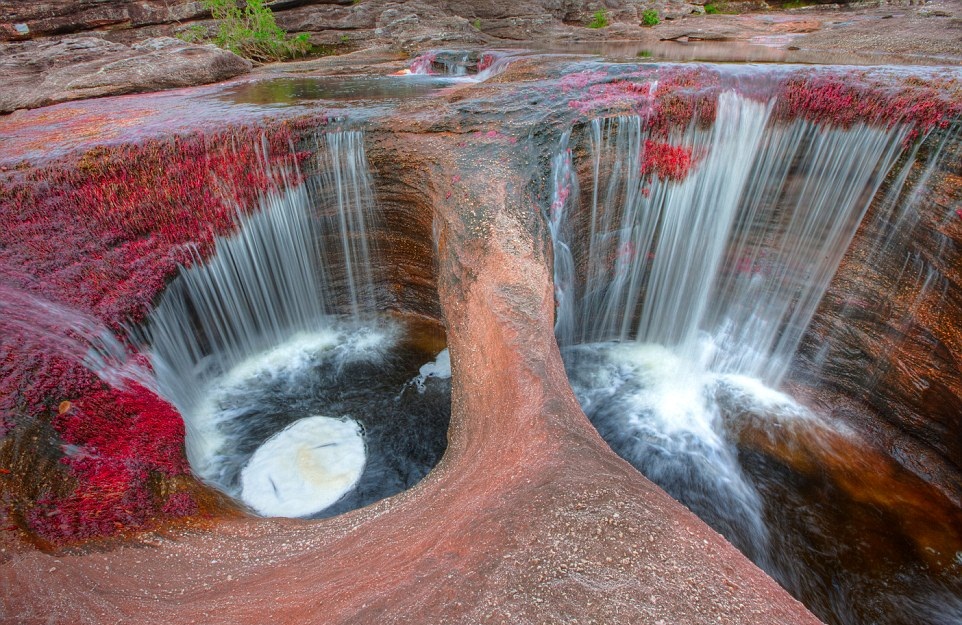 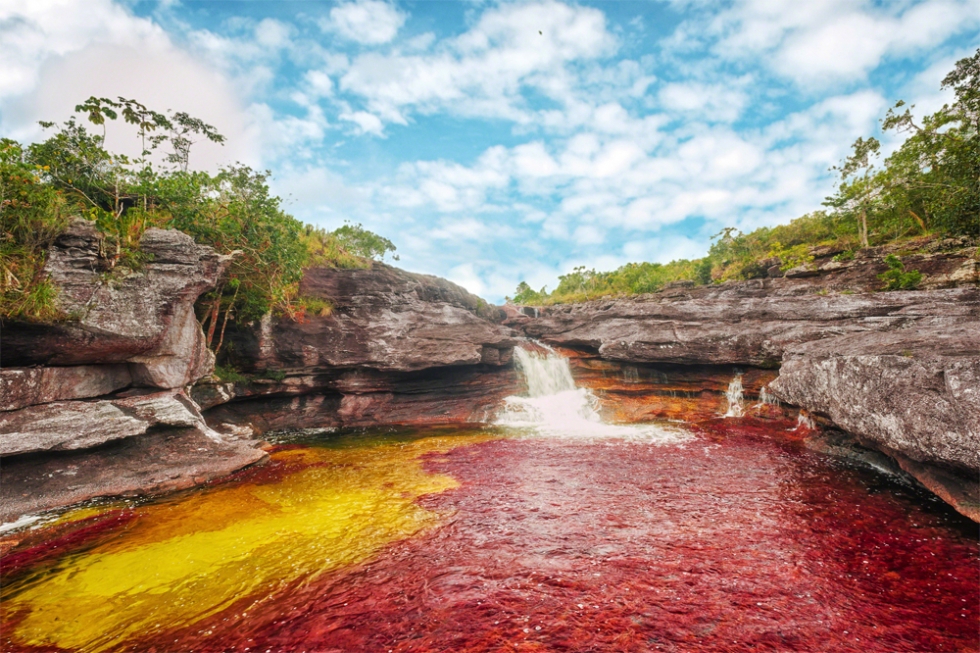 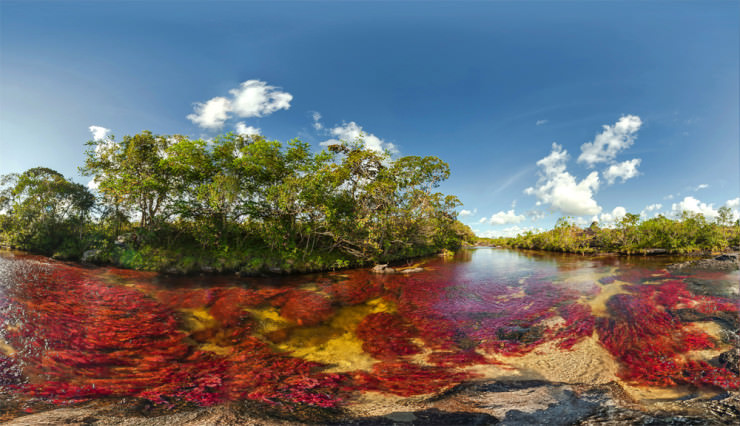 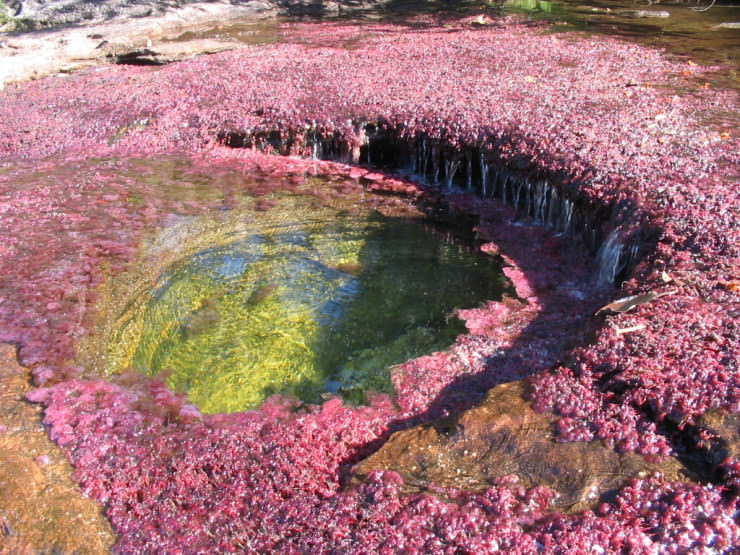 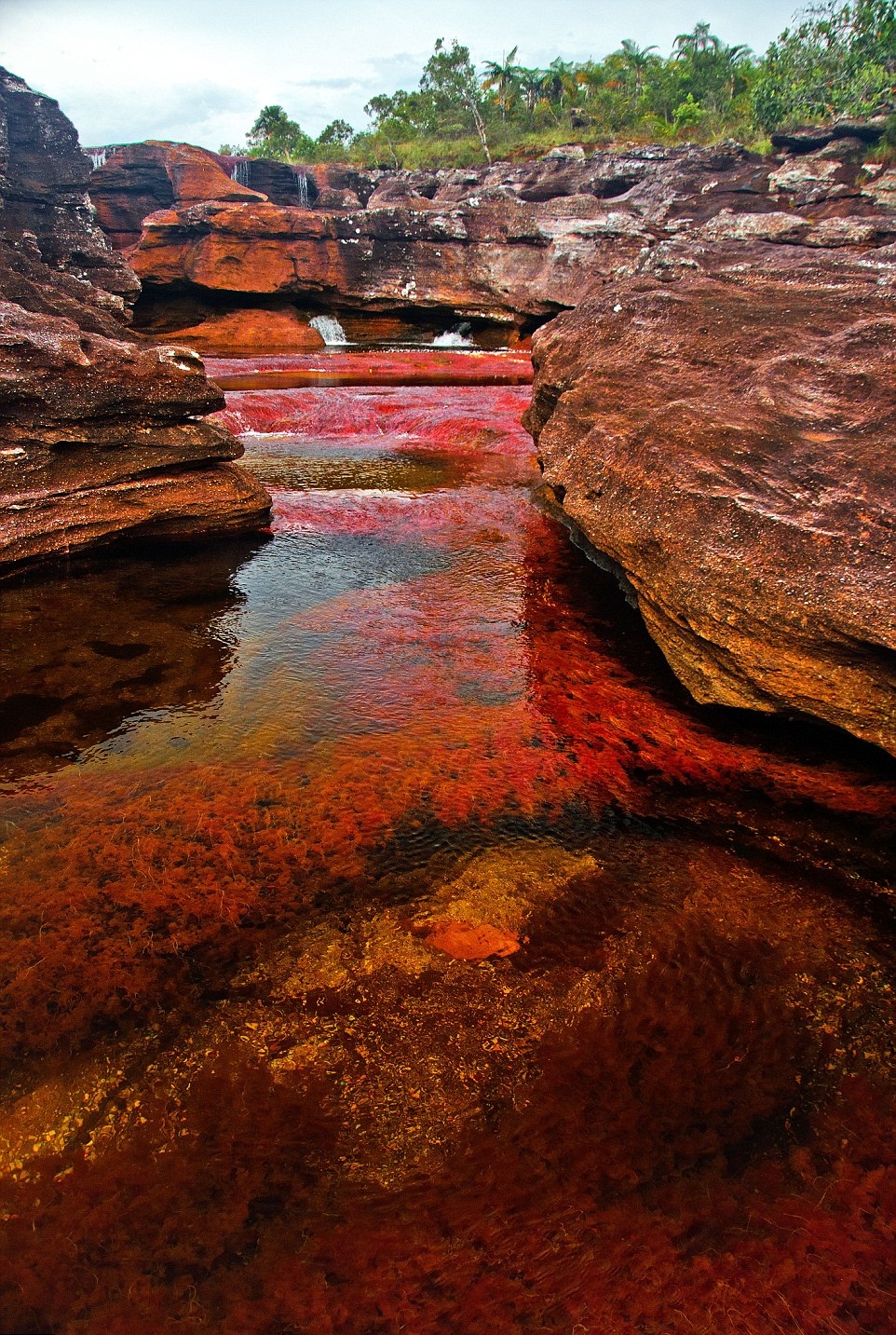 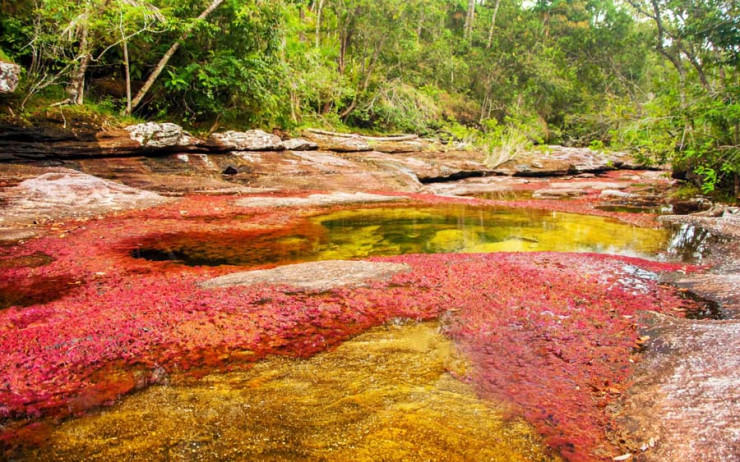 Travel guide to the Czech Republic