Madinat Jumeirah Central .. A microcosm of the world’s future cities

Sheikh Mohammed bin Rashid launched a new city project yesterday, which is a microcosm of the world’s future cities.

The new city, which is located on Sheikh Zayed Road, covers an area of ​​47 million square feet, can accommodate 35,000 people, and receives 100 million visitors annually.

The city, named “Jumeirah Central,” represents the best global vision for an environmentally balanced urban, social, and service balanced city within Sheikh Mohammed bin Rashid’s vision of how future cities will evolve and also conceive of Dubai’s development in the coming decades.

This has worked on the design of the model city of the future, “Jumeirah Central” more than 19 government and private agencies in cooperation with a group of international consultants and led by Dubai Holding during the past two years without any press leaks.

The infrastructure is the most modern in the world

And includes “Jumeirah Central” infrastructure is the latest in the world, including a network of transportation links includes environmentally friendly ground transportation and a tram network suspended by air to transport its residents and visitors in a way that preserves its environment while enjoying its views from above.

In addition to its covered tracks on an area of ​​one million square feet and its external markets in which to shop in summer and winter, and a network of modern integrated road bicycles linking 33 parks included in the future model city and more than 37 public square for celebrations of its population of 35 thousand people and its visitors who are estimated at 100 million visitors annually .

25 entrances to the city

Jumeirah Central is located on Sheikh Zayed Road and can be reached through more than 25 entrances, and this city is achieving its residents with internal satisfaction in terms of facilities, with schools, hospitals, offices, housing, gardens, shopping centers, smart police services, and integrated community and service facilities.

International brands open for the first time in City Walk

“Jumeirah Central” includes an integrated network of bicycles to reduce pollution to its internal environment and provide a healthy environment for its residents, and 56% of the city’s area includes open and green squares to create an urban, environmental and healthy balance for all residents and visitors.

When completed, Jumeirah Central will represent a global tourist and marketing destination ready to receive millions of visitors and families and will provide its residents with the most balanced living throughout the history of human urban development. This is the qualitative addition that Dubai Holding seeks to add, and the footprint through which it seeks to positively and qualitatively affect people’s lives and raise Quality of life to new levels. 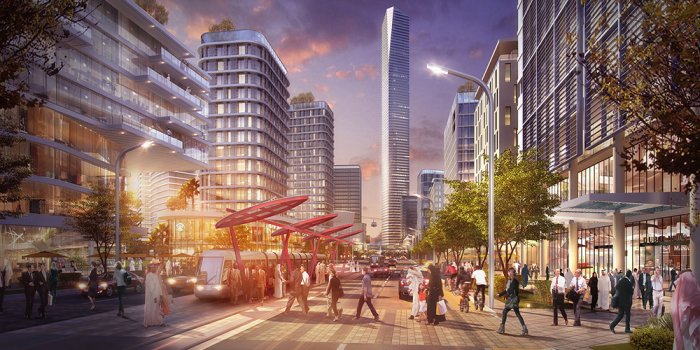 Madinat Jumeirah Central .. A microcosm of the world’s future cities