Usually, patients travel to developed countries from the least developed countries, to receive treatment in them, but a new trend has begun to appear recently, as patients have started traveling from those developed countries to third countries to receive treatment, often for economic reasons. Regardless of the direction of travel, medical tourism can be called any travel trip outside the country of residence to receive any health or treatment services such as surgery or medication from an incurable disease, or even for the purpose of convalescence and to take advantage of the therapeutic and health features of a particular site, such as the Dead Sea for example.
Medicinal tourism differs from other types of tourism by not being entertaining in most cases, although it comes after shopping tourism in terms of turnout, as shopping is always the main activity, so that it is sometimes intertwined with other categories of tourism.

People traveled for treatment thousands of years ago. The ancient Greeks traveled from various regions of the Mediterranean to the region of Abidaros, southern Greece, because they believed that it was the land of the god of medicine and healing. Globalism.
In addition, people often traveled long distances to descend at the mineral springs because of their health benefits in treating various diseases such as bronchitis, gout and liver disease.

The reasons for medical tourism

In 2012, Thailand received two and a half million patients from different countries of the world, most of whom came from Japan, the United States, the Arab Gulf states and the United Kingdom, and achieved gains estimated at four billion US dollars. What are the reasons that drive this tourism sector and give it all that importance?
• The great variation in health service prices between different countries, especially in a country like the United States of America, where the proportion of government hospitals has only 21%, and where the cost of the liver transplant process, for example, is $ 300,000, while the same process costs $ 91,000 in Taiwan.
• Long waiting times for surgeries in countries that provide a free comprehensive healthcare system for their citizens, such as the United Kingdom and Canada, for which a patient may have to wait from one to six months!
• The great development in the levels of health care in many countries, and this development is not limited to Western countries.
Treating a genetic disease for which there is insufficient experience to treat it in the patient’s country due to its rarity.
• Easy travel for medical tourism, where many medical tourism agencies work to secure what the patient needs of assistance in obtaining a medical entry visa if he needs it, and to seek the opinions of medical experts to verify the accuracy of diagnosing his condition, in addition to providing special assistant services to secure hotel accommodation Transfers and translations.

Because the process of obtaining the best levels of medical care is complicated and difficult, care is always taken to choose destinations that are highly rated by a global healthcare accreditation organization in the United States (JCI), United Kingdom (UKAF), Canada (ACI), or Australia (ACHSI), India (NABH), Turkey (SAS), Saudi Arabia (CBAHI), or others.
Each of these bodies works to classify health facilities such as hospitals, clinics, and spa resorts, on the basis of:
• Standards of the organization’s administrative activities, which include its effectiveness in verifying the quality of performance.
• The extent of the organization’s commitment to developing and improving itself.
• Ethical standards for management, which control the way and work in the health facility.
Ethical standards for WHO staff, and the effectiveness of their work as a team in providing patient care.
• The efficiency of the medical staff, and the level and quality of education and training obtained.
• Medical record of the medical facility.
• The safety of the environment surrounding the medical facility in the country in which it is located, and whether there is a risk of the patient being infected with a local disease that the people of the region have acquired natural immunity against.
• There is an internal system that guarantees the patient’s rights in the event of a medical error.
This is in addition to many other criteria, so the patient is always advised to verify local and international credits, although the process of obtaining such information may not be easy due to the different way of obtaining it from one hospital to another, and from one country to another.

The best countries for medical tourism 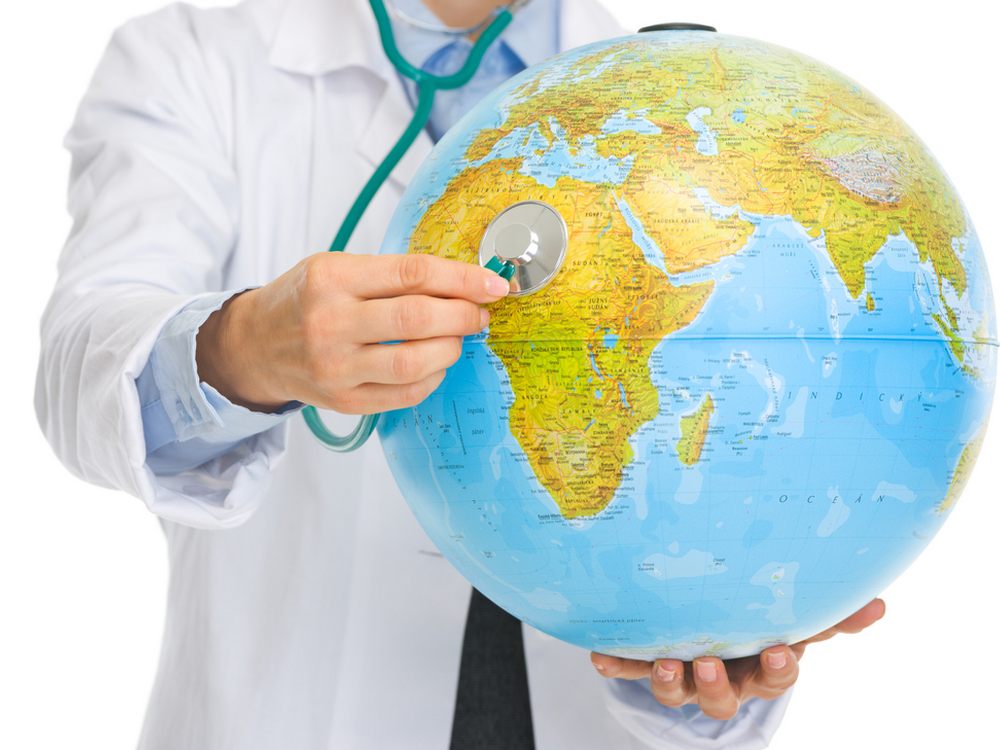 Thanks to the recent boom in the medical tourism industry in many countries in Asia, South America and Eastern Europe, which resulted from the development of health care infrastructures in developing countries significantly, competition in this area is very intense today.

The most famous country in the world in the field of medical tourism, where this sector grows by 16% annually thanks to the low prices, as the surgery costing $ 15,000 in Western countries costs between $ 2,500 to $ 3,000 in Thailand, in addition to the level of health services Higher in it, where many of its doctors receive education in the most prestigious universities in Western countries, and speak English fluently. At the same time, it is advised to receive treatment in Bangkok rather than the small coastal towns, in order to provide the best options.

The star of Eastern European countries recently started to rise in the field of medical tourism, and Hungary is at the forefront of these countries, where many of the UK residents especially go to dental surgeries. In Hungary, clinics and health facilities enjoy a high level of quality medical care, and their prices are generally half of those in Western Europe and North America. Budapest is also one of the most beautiful tourist destinations in Europe, so many patients combine medical tourism with sightseeing tours on the same trip in Hungary.

About 250,000 patients from outside the country visited Jordanian private hospitals in 2012 alone, and medical tourism revenues exceeded one billion dollars in the same year, and Jordan was awarded the “Best Medical Destination” by International Medical Travel in 2014. In addition to the occurrence of Jordan is on the east bank of the Dead Sea, which has been considered one of the most important physical therapy sites in the world for thousands of years, and chosen by the World Health Organization as a global center for the treatment of a large number of skin diseases.
In addition to medical tourism and the Dead Sea, Jordan is also one of the best tourist destinations in the Middle East, as it has very impressive landmarks such as the historic city of Petra, Wadi Rum, the ancient Roman city of Jerash and others, where the patient can visit any of these charming places after the end of the treatment period.

With regard to medical tourism, Malaysia receives half a million visitors annually, as the capital’s Kuala Lumpur hospitals and clinics enjoy a high level and low prices at the same time, in addition to the development of its infrastructure significantly compared to the neighboring Asian countries. Malaysia is also one of the leading countries in the field of IVF operations, which cost one fifth of what their counterparts cost in the western countries, and are no less efficient, in addition to its progress in the areas of treatment of severe burn victims.
Not only are the light costs incurred by the visitor in Malaysia the health services, but also include hotel accommodation, flight tickets, transportation, food, drink, shopping and all types of services, which makes the total expenses of a medical tourism trip to Malaysia less than the cost of treatment alone in many countries.

Among the most developed countries in South America in medicine, and its hospitals are the first hospitals in the world outside the United States to obtain accreditation by the Joint Commission International, has been accredited 40 health facilities in so far.

The advantages of medical tourism

Provide affordable options for complex surgeries for residents of countries where healthcare is expensive. In most cases, the costs of travel, hotel accommodation and treatment combined are much lower for a patient than receiving treatment in his country, and no less than quality.
• Medical tourism gives patients the possibility not to be on the waiting list for long periods, which is an ideal solution for situations that cannot afford any delay.
• There are currently more than 600 health facilities certified by the Joint Commission International, which opens the way for the patient to obtain the best levels of medical care that may not be available in his country.
• Many health facilities around the world are linked to companies specialized in medical tourism, and they provide many care services for the patient after receiving treatment, which gives him the utmost attention and care.

The risks of medical tourism

• Sometimes the legal procedures and the process of issuing the necessary documents may constitute an obstacle to the patient’s access to health care in a timely manner.
• Language barrier; the patient may find it difficult to communicate with the medical staff if there is no common language fluent in both parties, and in the absence of an interpreter, which causes the patient to worry or put him in disturbing situations.
• Some advertisements are not honest at times, and the patient may be surprised by the appearance and accumulation of additional costs not mentioned in the itinerary, or that the level of medical care is lower than what was announced, which eliminates all the benefits of a medical tourism trip.