Nepal: All you need to know before traveling to it

Here’s what all there is to know about Nepal
Nepal is one of the unknown tourist destinations, as it is located in the heart of the Himalayas between India and China and is known for its high mountains and rugged terrain. Its people are also known for Hindu and Buddhist rituals and various religious ceremonies. Tourism annually in Nepal attracts many mountain climbers who aspire to reach the summit of Mount Everest, which is the highest summit in the world in addition to the rest of the eight surrounding mountains.
Traveling to Nepal is one of these unforgettable trips, it is a real adventure in this small country that celebrates amazing religious and cultural pluralism and sports activities vary from rowing, jumping ropes and wandering on boats in the rivers of Nepal.

Where is Nepal located? 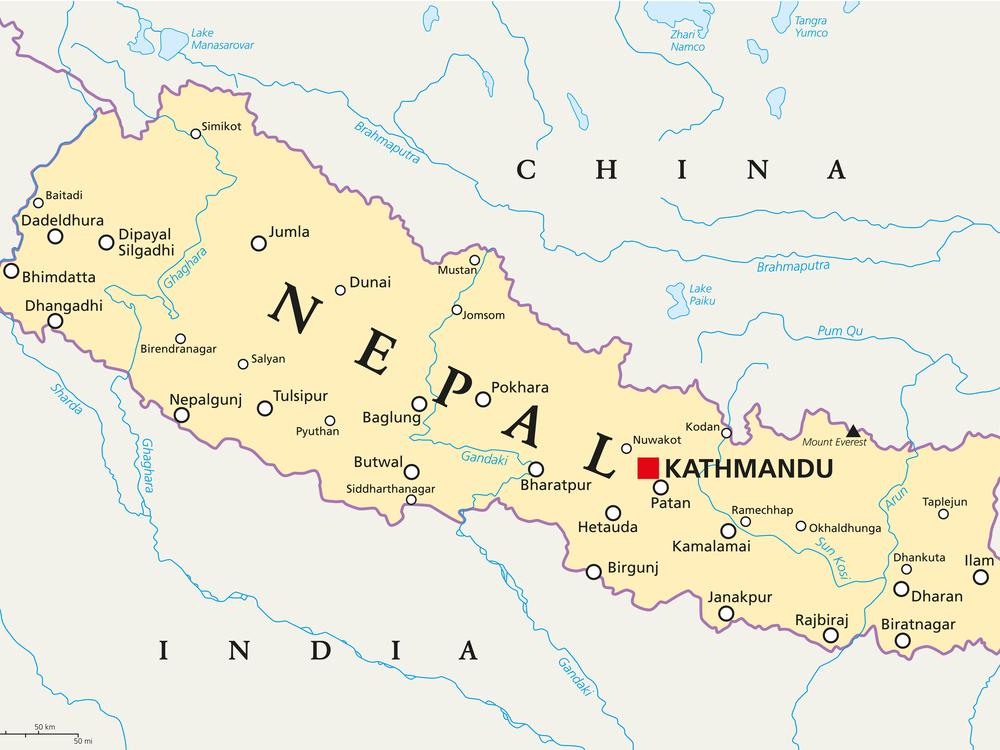 The Republic of Nepal is located in the heart of the Himalayas between India and China
The Republic of Nepal is located in the south of the Asian continent between India and China. It is a landlocked country known officially as the Federal Democratic Republic of Nepal. The country has a total area of ​​147,181 square kilometers, and the terrain varies between mountains and plateaus, covering 75 percent of its area.
The Republic of Nepal remained isolated from the rest of the Asian countries and was not exposed to any invasion due to the difficulty of its terrain and its geographical borders were only drawn in the eighteenth century, and Nepal is divided into fourteen provinces which are divided into four major regions.
The flag of Nepal is one of the strangest flags in the world, as it is the only flag that does not form from a rectangle or square but rather consists of two intertwined triangles that express the Himalayas and the two religions scattered in Nepal, Hinduism and Buddhism, while the red and blue colors cross the ladder. The flag also contains the emblem of the sun and moon, which symbolizes the royal family that has ruled Nepal for centuries. 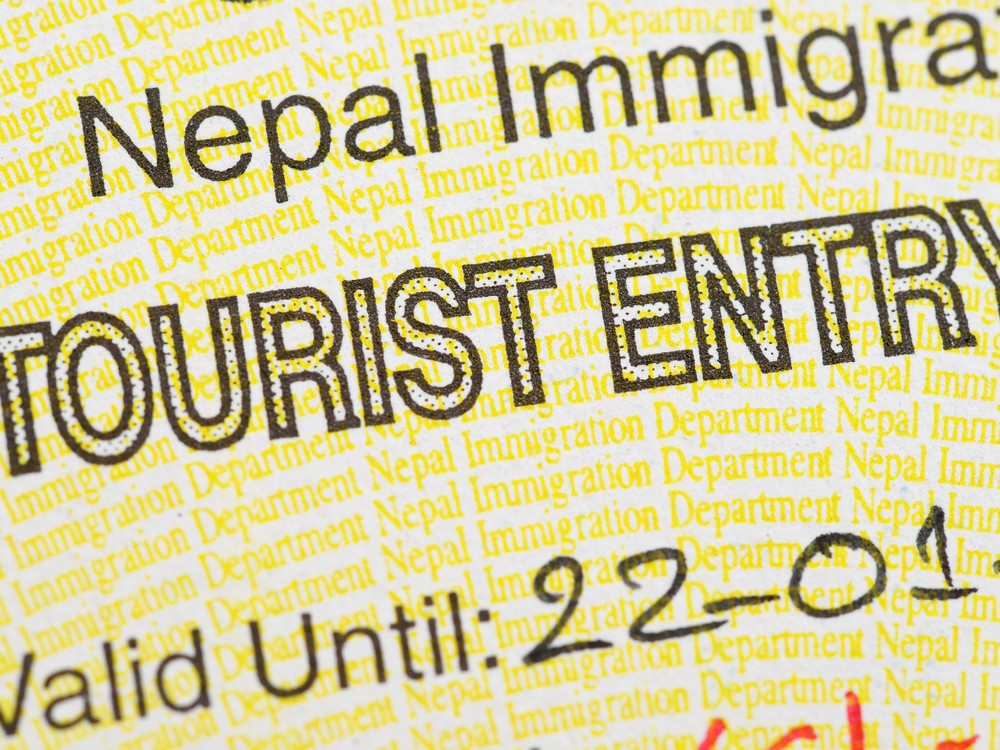 Nepal visa can be issued upon arrival
Nepal’s economy is based on tourism and therefore obtaining a visa for Nepal is not difficult as it can be obtained upon arrival in the country. When you arrive at the airport, you fill out the access card that you find in the arrival hall or at the relevant security authorities and sometimes some airlines present them on board their flights. After filling out the required information and attaching a personal photo, forward to the passport officers and pay the visa fees, thus completing the entry procedures for Nepal.
Nepal visa fees:

Some nationalities (Iraq / Syria / Palestine) need to apply for a visa before arriving in Nepal, where they can go to the nearest consulate or embassy to take the necessary measures.
Disclaimer: The visa requirements may change at any time, and the contents of these pages represent the limits of our knowledge of this issue and provide it to you in good faith. It is the sole responsibility of visitors to the site or its users to use the data contained therein. For more information on obtaining a Nepal visa, please contact the nearest embassy of the country or visit the Nepal embassy website.

When is the best time to visit Nepal? 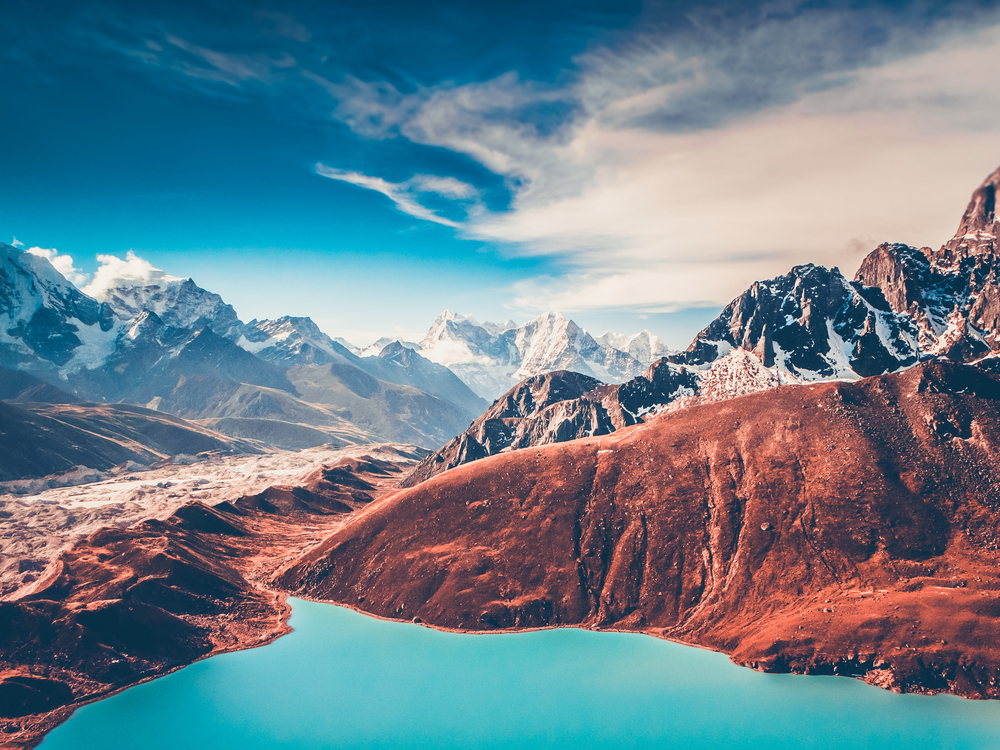 One of the best times to visit Nepal is the period between October and December
The climate is generally cold, especially in snow-covered highlands in most months of the year and temperatures drop below zero, but the weather is warm and with moderate degrees of heat in the areas surrounding the valleys, so you will find many temples and houses clustered around.
Nepal has four seasons per year. There are snow and other seasons where heat and humidity prevail, but the period between October and December is one of the best times to visit the country of Nepal where the weather is nice and the sky is clear and mountain climbing and discover the natural diversity found in this country. But if you aspire to climb the Himalayas, then the month of May is considered the most appropriate month, so the temperatures are moderate.

How to get to the Republic of Nepal? 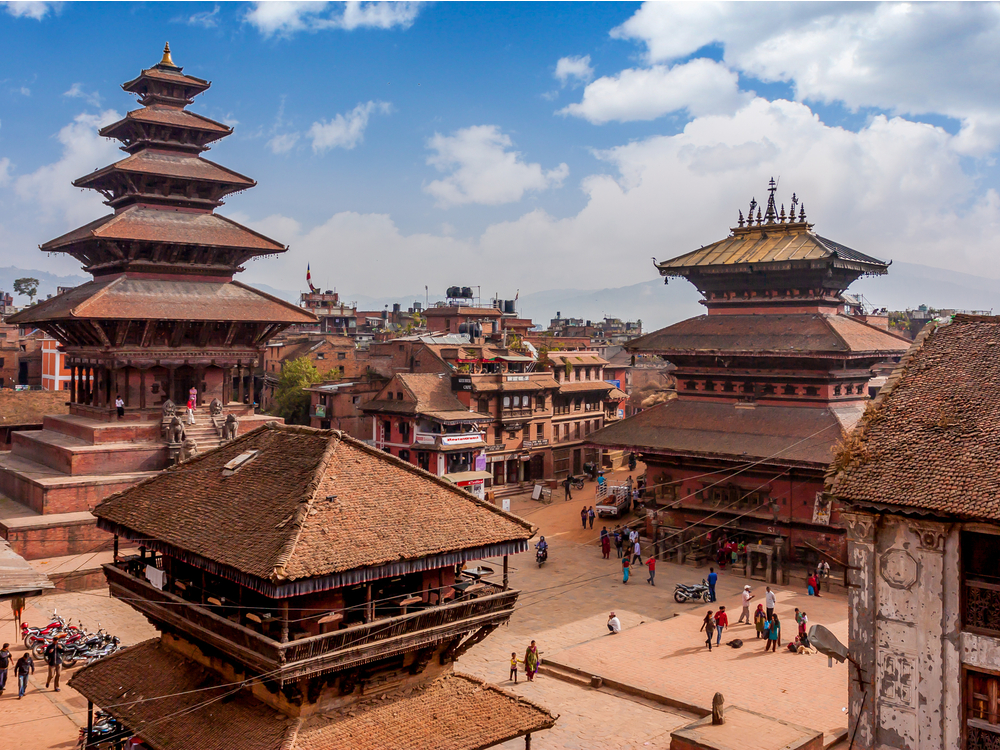 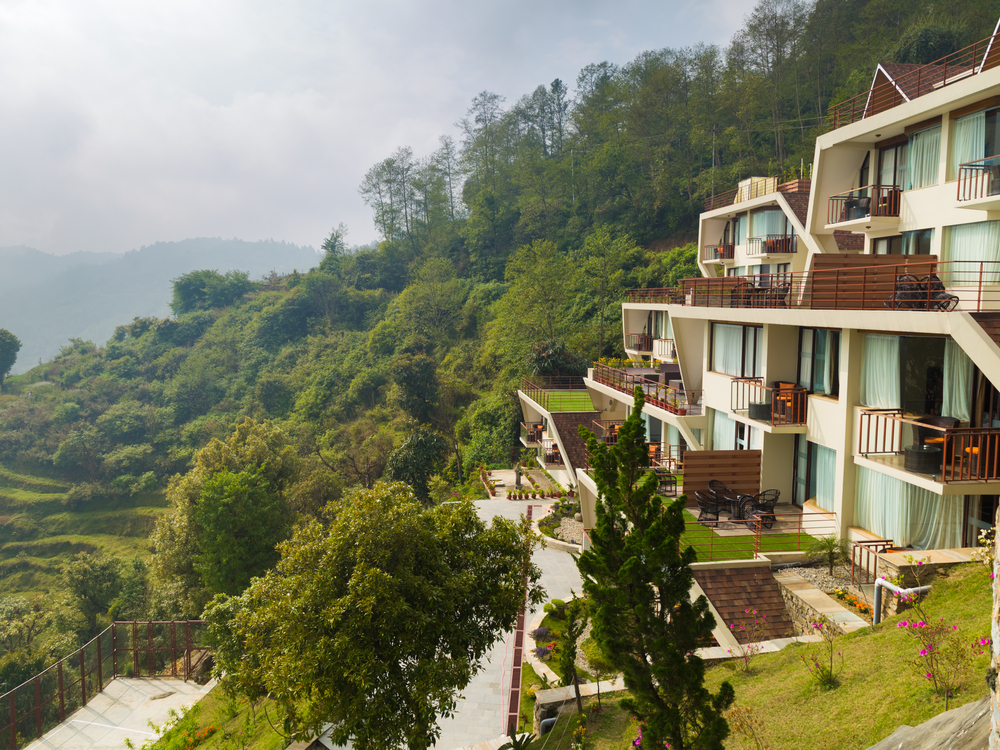 Nepal is a budget-friendly destination
Tourism in Nepal is one of the trips suitable for those with limited budgets. It includes various options and great hotels at the most appropriate prices where you can stay and enjoy the activities that take place such as breakfast in the nature and morning yoga classes and other activities, but try to book before you arrive in Nepal, especially during the high season. Among the most beautiful hotels in the capital of Nepal is the Kantipur Temple House, which is located in the city center and near all the sights. For those who want to save, there are many guest houses in the country that offer comfortable accommodation but limited services.

The best tourist places in Nepal 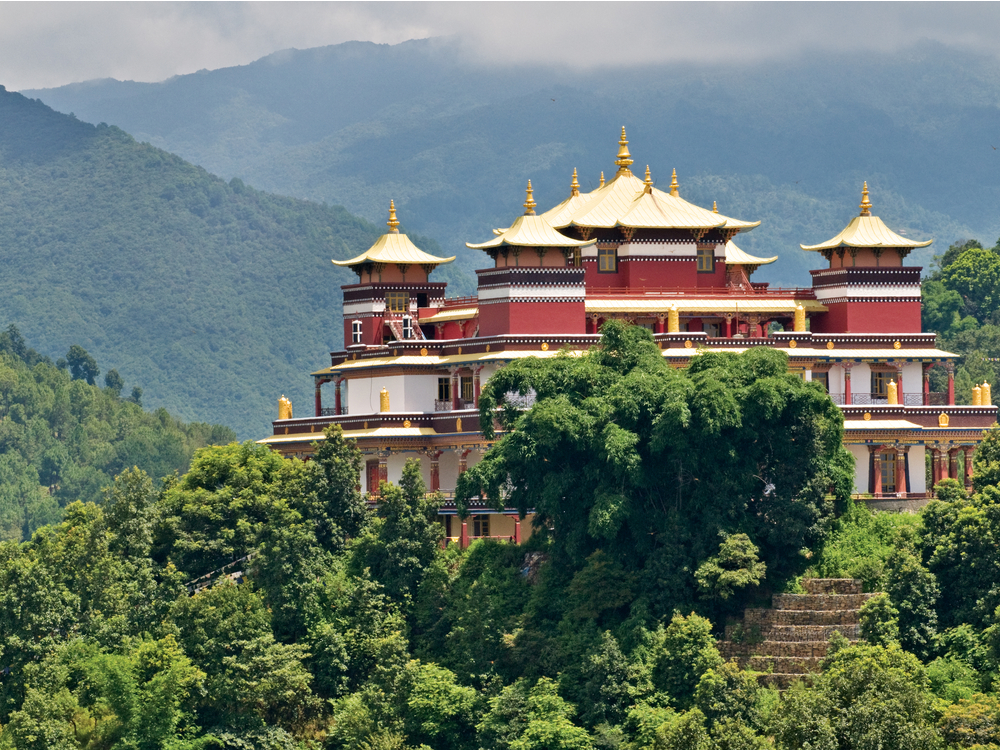 Kathmandu has various attractions
Kathmandu is the gateway to Nepal and one of the cities that will amaze you with its diverse tourist attractions. This city was formed around a large valley and surrounded by many historical sites and religious temples. The city is closer to a number of mountains with a scenic nature, such as Mount Shivapuri, Mount Vulchowike, Mount Nagarjum and Mount Chandragiri.
You can start your visit from Asan Tul Square, which is filled with local vendors and products, and then visit the Bhimson Tower (Darahara) located in the old part of the city. Do not forget to rest in a dream garden that contains a water pond called “Bukhara”, which the city residents say that King Yeratap Mala had ordered to dig for his wife after they lost their son, and do not miss the pass to see the Soyambhunath Temple and the wooden temple of Kathamandab, which dates back to the twelfth century. 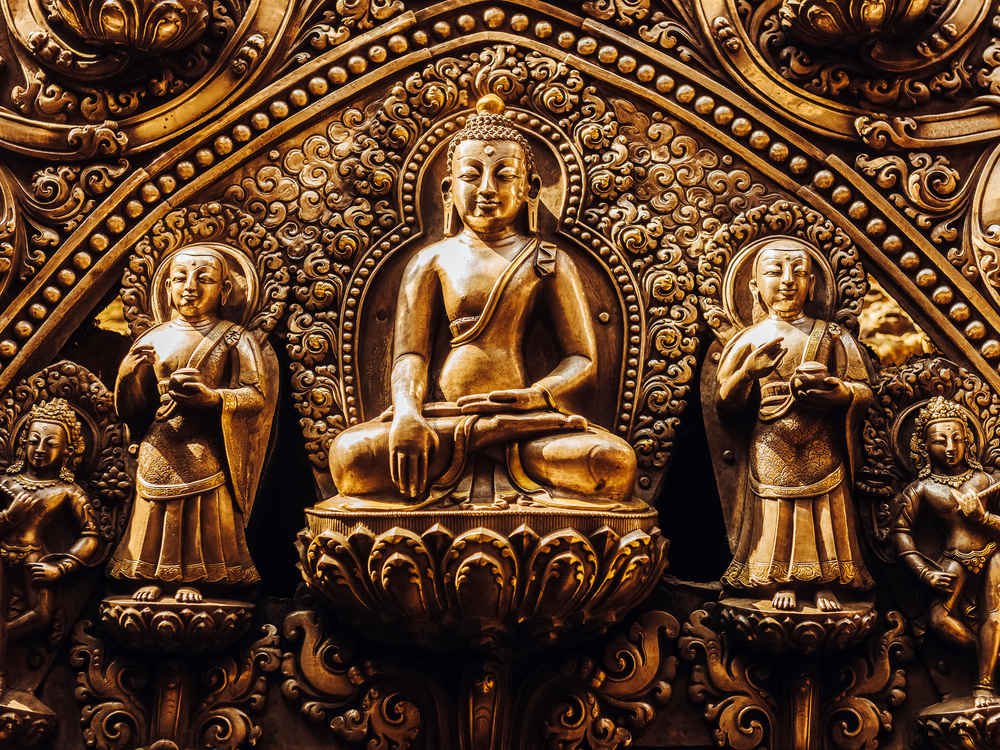 Patan historical district
The Bataan region is considered one of the most beautiful historical regions, as it was established in the fourteenth century, and it houses Buddhist and Hindu temples and shops from which you can collect local handicrafts.

Pokhara adventures have no limits 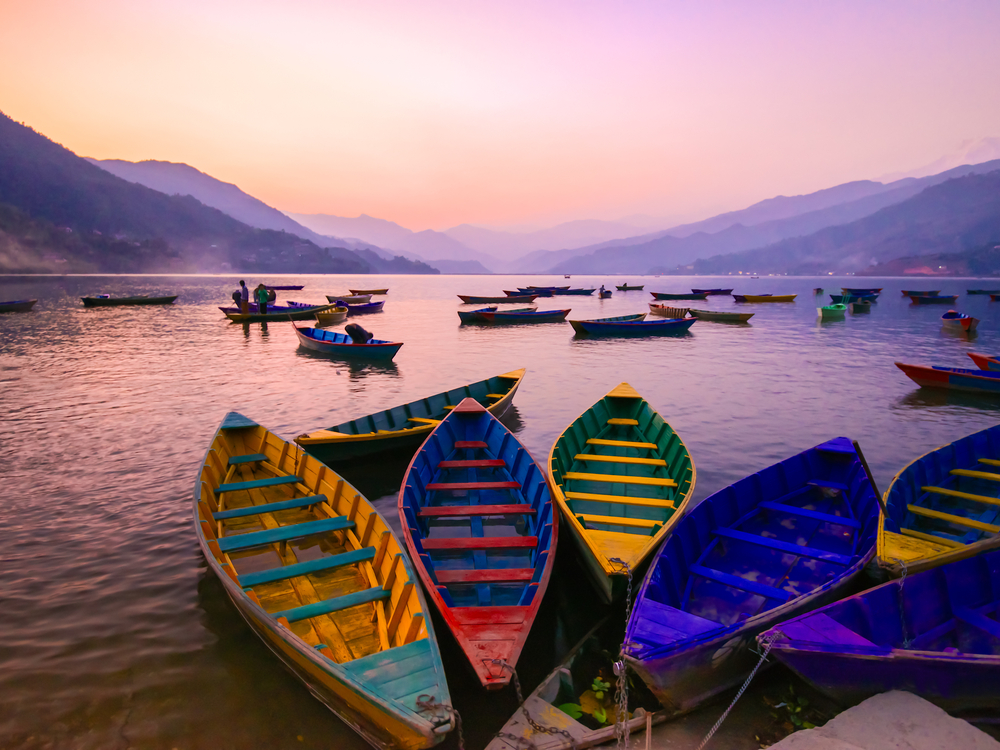 Activities that you can do in Pokhara vary between discovering mountains, riding colorful boats in Lake Viwa, bungee jumping, visiting temples and historical sites of the city.
Have you visited Nepal or plan to visit it in the future? Did you find this information helpful?