Its magical nature and its picturesque topography have made it a magical spot on the land of the Kingdom of Saudi Arabia. In this report, we show you the most important features of this unknown island among many citizens.

It is the Saudi Al-Barak Islands, whose beaches have enough charm to attract many travel lovers to discover a spot characterized by various trees that paint a picturesque image accompanied by the white sands that cover these Saudi islands.

The Saudi Al-Barak Islands are located on the Red Sea coast, west of the Asir region, and it is characterized by its pristine nature, which attracts marine tourism enthusiasts and skilled fishermen.

The “Albrec” Islands vary between islands with a rocky nature and other islands covered with white sand and a number of “mangrove” trees that are not more than a meter in height.

The Saudi News Agency took a group of charming pictures that illustrate the splendor of these islands and their unspoiled nature.

Experts expect that the “Al-Barak” Islands of the Kingdom of Saudi Arabia will be one of the best tourist attractions on the shores of the Red Sea during the coming period.

The Saudi “Al-Barak” Islands, which are located on the shores of the Red Sea, consist of the islands of Hazar, Muqtat, Marka, Qattou’a, Jabal Dhahban and Umm al-Qasha`.

One of the Saudi citizens who work in the profession of sea fishing, named Mohammed Al-Hilali, stressed that the distances and areas that the tourists travel to these islands are different.

Where the fisherman, Muhammad Al-Hilali, confirmed that the nearest island is called the “island” and its area is about 3 square kilometers, and is about a mile away from the coast.

And live on these islands a large number of seabirds and wild pigeons, including “Hilali” and “Seagull” and “Flamingo” and “Search”.

And on the best way to get to the island of “Hazar,” the Saudi fisherman emphasized that the only way is to walk during the time of the “marine islands” through a place called “race” located in the eastern side of the island, which is the easiest way for the development authorities to reach this picturesque island.

Charming nature and golden sand on the land of Saudi Arabia

The island of “Dhahban Mountain” comes within the charming islands of Al-Barak, which is about 10 nautical miles from the coast and is famous for the presence of many historical buildings in the eastern suburb of it.

Residents say that these ancient buildings were inhabited in the past surrounded by a number of picturesque plants that added a fascinating scenery to the island. Among the most prominent of these plants were mangroves.

The island of “civilization” captures the eyes of everyone who saw it, due to its bright golden sands that capture the attention of visitors at first sight, and fishermen call it the “Island”, as the island is 15 nautical miles northwest of the Saudi Al-Barak Governorate.

And live on the island many types of seabirds that added a kind of life to those enchanting sands where flying on the island sky all of the seagulls and pelicans and live in the waters of the island dolphins.

The island is surrounded on each side by a group of coral reefs that live in many of the finest Red Sea fish, such as Nagel fish, which makes it a major destination for fishing by Saudi fishermen.

The island of “Marka” Saudi Arabia

At first sight, you will think that you are on a visit to the State of Spain to enjoy the magic of nature in one of its islands, but the truth is that you still set foot on Saudi soil when you visit the sandy island of “Marka” which is located west of Al-Barak Governorate, which is about 12 nautical miles from the shores of the Saudi province.

This charming island is a tourist destination for foreign tourists due to its charming white sands and the large number of birds in its sky, on top of which are seagulls.

In the direction of the northwest of “Al-Barak”, there is the island of “Kattoua”, which is about 29 nautical miles away from the governorate, which is one of the largest islands in the Saudi Al-Barak Governorate, with an area of ​​more than 20 million square meters of picturesque nature.

Surrounding the small governorate of Al-Barak, which has charm and nature no less than its beauty, which we mentioned in the report, which are islands: “Mount Duchess, Mount Kembel, Jazem, Jana, Heaven, Hatab, Case of Zaal, Squid, Prop, Damask, Dosh, Dhuqah.” .

Birds fly over the islands of ponds

The Saudi Al-Barak Islands, according to local residents, is an ideal destination for all citizens 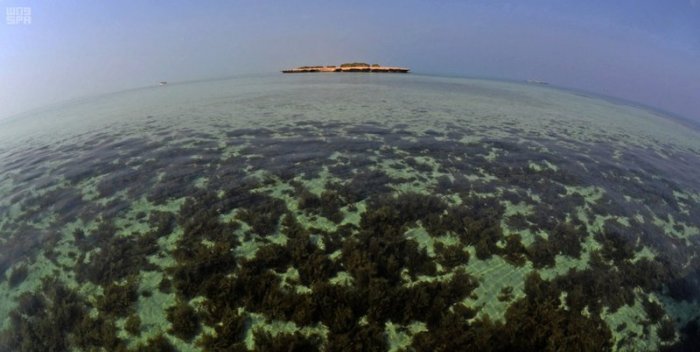 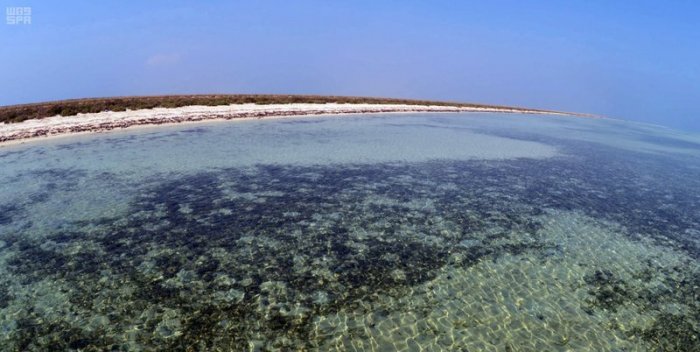 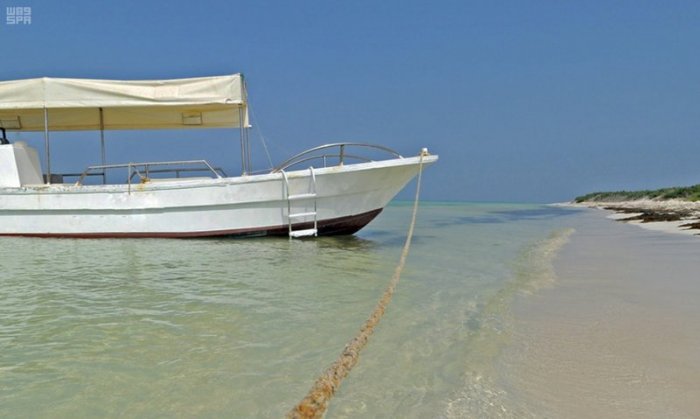 One of the local fishermen ships on the islands 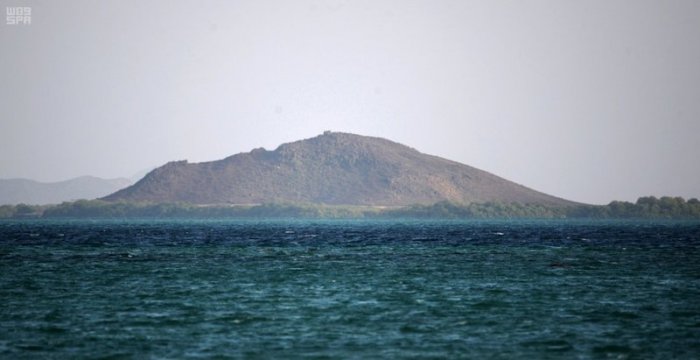 A distant view of the islands of ponds 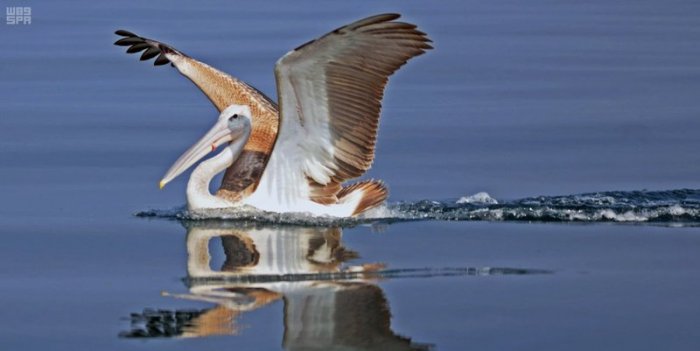 A large number of seabirds and wild pigeons, including “Al-Hilali”, “Nawras”, “Flamingo”, and “Al-Bahta” bird live in these islands

Dolphins float in the waters of the islands

The charming nature of ponds 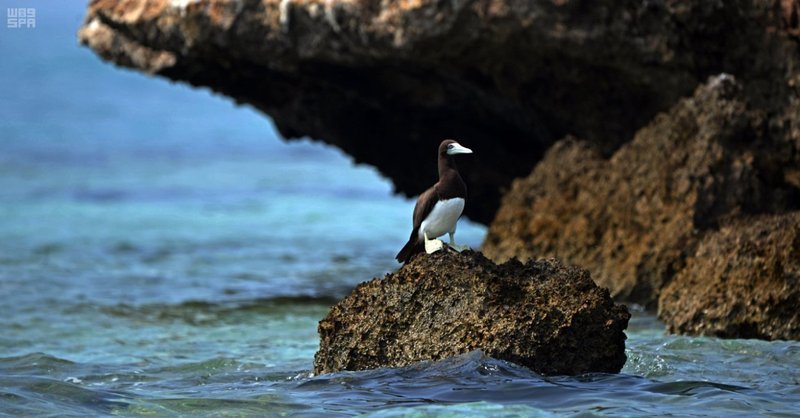 Rocks after nature sculpted them to produce stunning artistic pictures 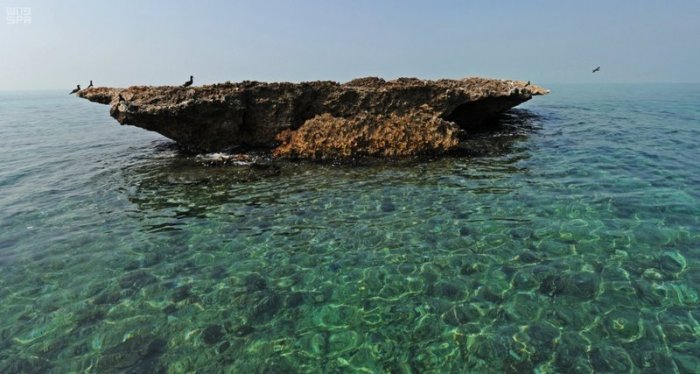 The color of clear water is most characteristic of ponds

Seagulls live in the vicinity of islands 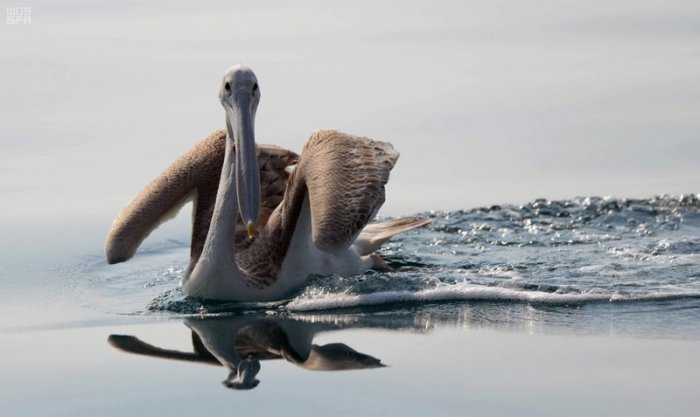 Swans are floating in the waters of the islands 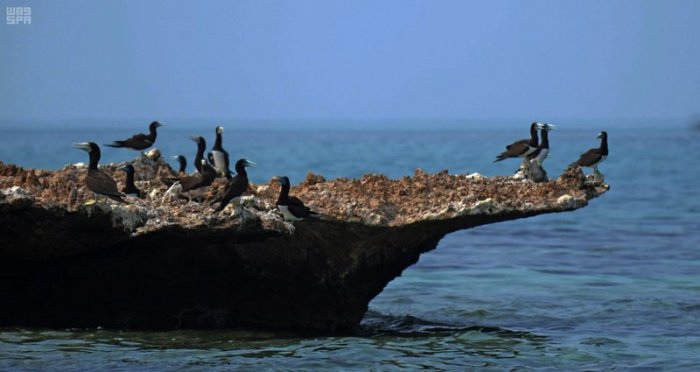 The birds found a safe haven on these islands

Clear sand on the Saudi island of Marka

Coral reefs surround the islands on each side

Tourism in Egypt is a unique diversity that suits everyone