Pictures of areas in Dubai

Pictures of areas in Dubai that are recommended to visit, which are among the most important cities that exist in the Middle East, and this is because they have a different attraction in tourism, especially in the marketing process, as they contain elements of contemporary historical works.
As it is known about it as the shopping capital of the Middle East, and it also has a large number of hotels and private resorts, in addition to that it contains a very large number of famous tourist places, and also attracts many tourists from different countries of the world.
There are many hotels in Dubai, and if you are thinking of making a tourist trip to Dubai then you must be searching for the best hotels in Dubai, for this you must choose the right hotels for you and know the prices and special services.

Pictures of areas in Dubai:

Where the city of Dubai includes many important areas and many and varied hotels, as these hotels are considered to be one of the most important places that exist in the United Arab Emirates, as we in this article will get to know the largest group of areas in Dubai. 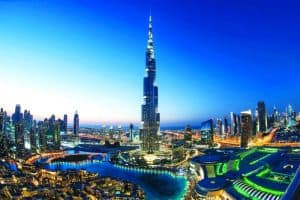 The Burj Khalifa is one of the most famous places in Dubai and is the tallest skyscraper in the Arab world with a height of more than 828 meters, this tower comes to a large number of tourists, it is one of the most tourist attractions and this is because it provides the most wonderful views through which you watch The entire city of Dubai, which includes beaches, seas and artificial islands. The tower also includes many elements, so it has many distinctive restaurants and a number of distinctive and luxurious hotel rooms. 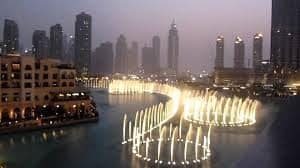 Dubai Fountain is located near the Burj Khalifa, where it is considered one of the most beautiful tourist places, and it is a moving fountain that pushes water at an altitude of up to 50 feet, as the water moves there after half an hour has passed on musical tones, and it is one of the most preferred times to be seen The fountain in the evening, from which it produces many cheerful lights and charming tones. 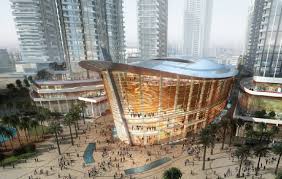 Dubai Opera is distinguished by the Dubai Fountain and Burj Khalifa for the beauty of its looks, it takes the form of boats for fishing, as it was designed to do this in order to be the most beautiful and wonderful place in Dubai, as it is considered one of the most tourist places that a large number of tourists come to annually. It is one of the most prominent works in Dubai. 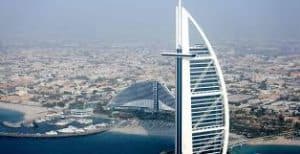 The Burj Al Arab is the fourth tallest hotel in the Arab world, and it is one of the most luxurious hotels in Dubai, located in Dubai on an artificial island 300 meters from the direction of the coast, where the tower features a fictional face made of panoramic glass, through which you can see many different areas And distinctive, and enjoy some stunning views of the height of the tower, as that tower contains many distinctive and different restaurants, with a wonderful view, and undoubtedly is one of the most important different tourist places in Dubai. 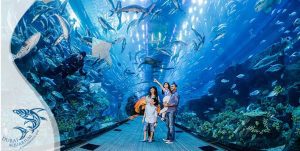 The Aquarium is located in the Grand Mall of Dubai where it is one of the most famous tourist places, and it is one of the largest water basins in the world that includes a large group of water animals, including more than 400 sharks, where it is considered a pleasure tourism that can be swimming in order to get to know Many different species in that basin, as it has a large number of places, and seeks more than two individuals inside it. 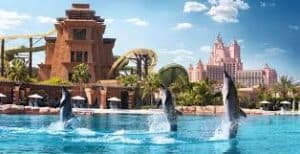 Dolphin Bay is one of the areas that gather a large number of families and the Dolphin Bay is located in Atlantis in the Emirate of Dubai, where it collects a large group of dolphins, where diving underwater can be seen for them, it is considered one of the most tourist activities that are dealt with in Dubai where there are many From previous experiences diving with dolphins and enjoying this distinctive and different atmosphere in the basin.

This basin is the first water basin with a number of dolphins and this place is fully air-conditioned and closed in order to present acrobatic presentations to dolphins, where it can be visited by families, and it is considered one of the most important tourist attractions in Dubai.
Previous

Tourism in the city of Cologne

The best Sapanca hotels are recommended