Pictures: the most beautiful beaches of Greece

Greece fascinates us with its ancient history that stretches back thousands of years, as it is the cradle of Western European civilization, and among them the most important philosophers and thinkers in history appeared as Plato and Aristotle.

It is also famous for its cultural diversity, its kitchens, its many islands, and its beaches are in paintings that dwell in its soul, due to its cleanliness and charm of its colors.

So the Greek Islands are a prominent destination for many tourists around the world.

We in “Hey” inform you of the most beautiful islands of Greece, which will amaze you with its beautiful sand and clear waters.

Ilafonissi Island is located to the south of the Greek island of Crete. This island is known as Deer Island, and it is one of the most beautiful islands in the Mediterranean, in addition to it is a natural reserve for flowers.

As for Elafonisi Beach, it is considered one of the most beautiful pink sand beaches in the world, in harmony with the turquoise waters with a scene that fascinates the kernels.

Among the recommended hotels here is Elafonisi Resort by Kalomirakis Family.

Melobotas beach is one of the most popular beaches on the island of Ios, as it is characterized by its length, white sand, and vitality, as many restaurants and cafes spread in that region.

And if you want to relax and enjoy the sunshine, you will not find more beautiful than this beach, where you can rent one of the chairs spread there. Among the highlights of this beach are the Ios Palace Hotel & Spa and NissosIos Hotel.

Do not forget that the island of Eos in general is a historical masterpiece in Greece, because of its many monuments, and there is the tomb of Homer.

Naxos Island has many amazing and large beaches, perhaps the most beautiful of which is Plaka Beach with white sand and clear waters. The beach is characterized by many restaurants and cafes in it.

The beach is one of the most popular places on Mykonos Island, and during the summer the beach is filled with tourists and residents, attracted by its golden sands and its distinctive hotels and restaurants.

On the long sands of the beach, chairs and tables are lined up for maximum comfort and recuperation.

Ornos Beach is characterized by its coarse golden sand with the clear blue waters of Ornos Bay. This beach is the perfect choice for those looking for relaxation and privacy.

Ornos District, Mikonos Center, is only 10 minutes away by bus. We recommend this luxury Santa Marina Resort & Villas hotel.

Myrtosfi Beach is located in the northwest of Kefalonia island, and it is characterized by its charming picturesque colors, and the steep mountains behind it added an amazing scenery of the beach.

We advise you to visit Odyssey Villas. 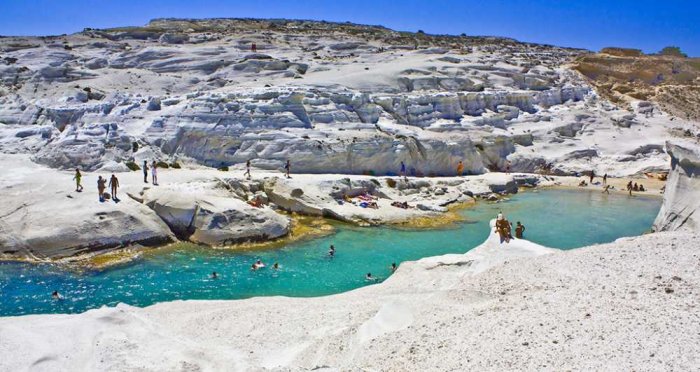 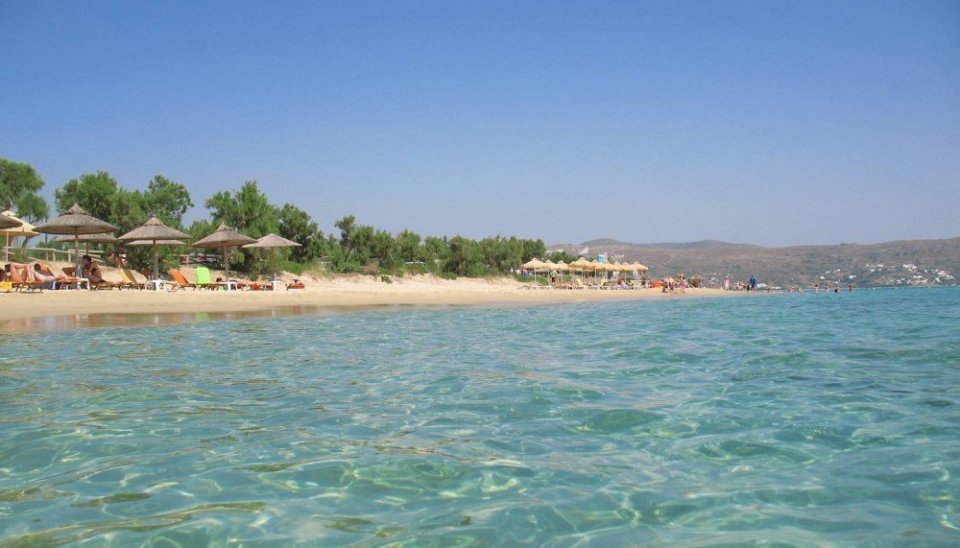 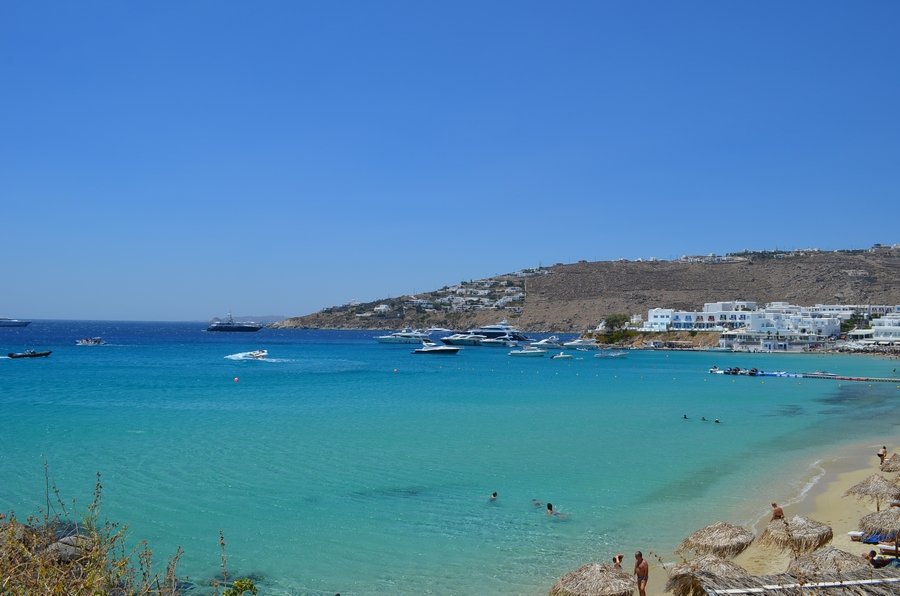 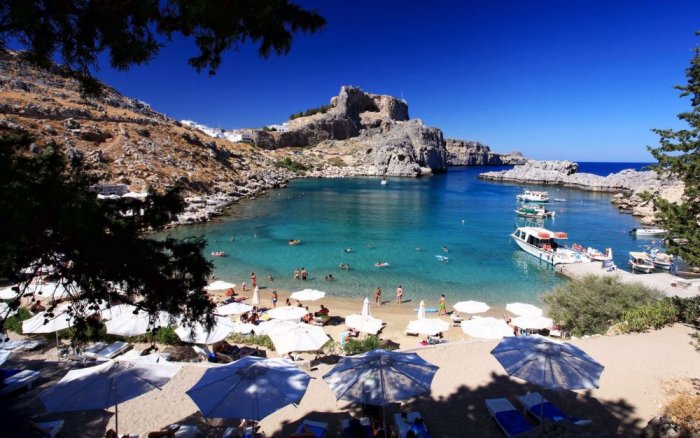 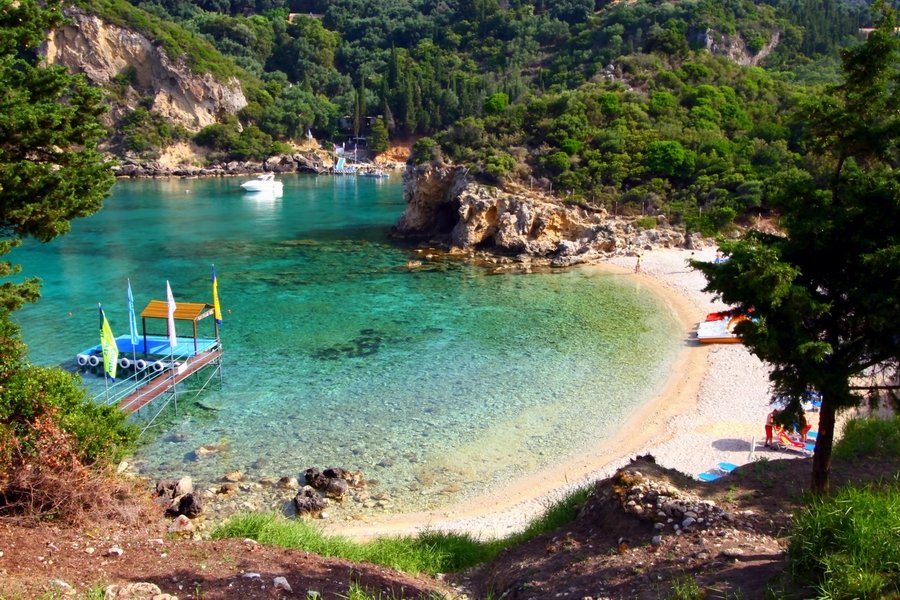 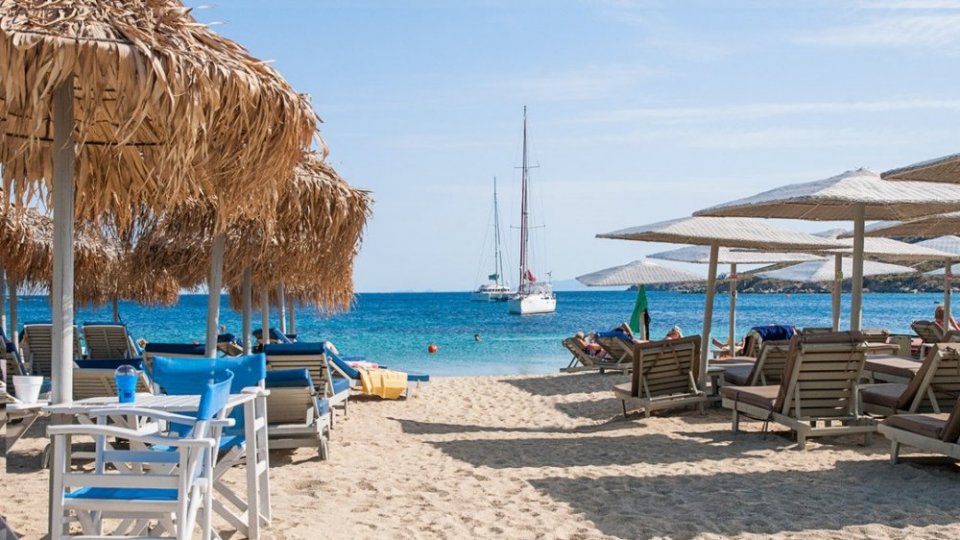 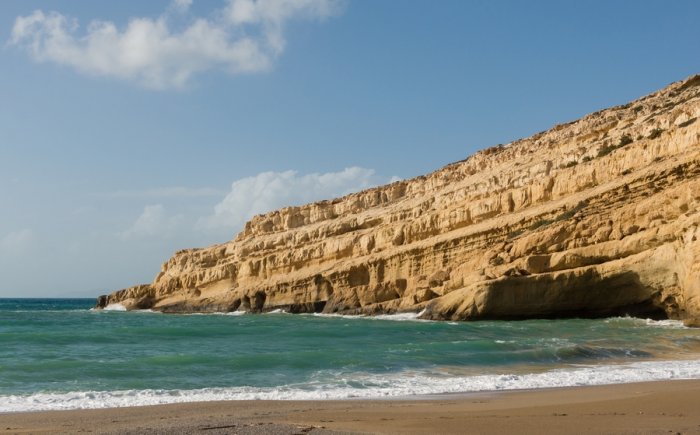 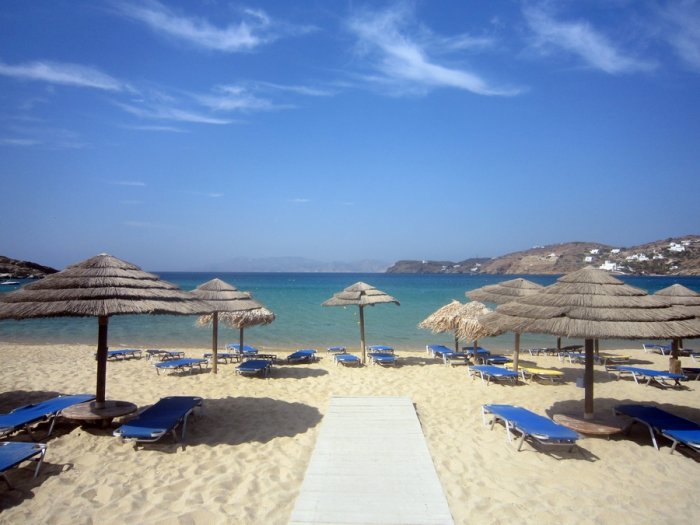 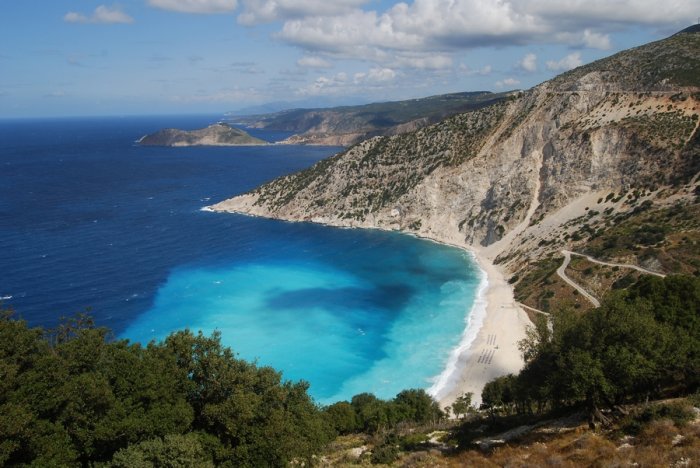 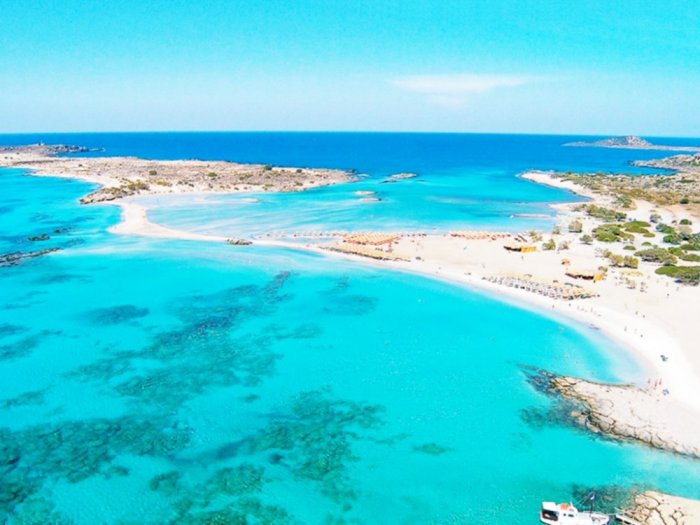 Learn about the most beautiful beaches of Brazil