Places of entertainment in Ireland … the tourist guide for an interesting trip in Ireland ..

Places of entertainment in Ireland .. Dear tourist, Ireland is famous for being a beautiful tourist destination, as it possesses wonderful natural places and ancient historical places.

Places of entertainment in Ireland ..

Find out the best times to visit Ireland .. 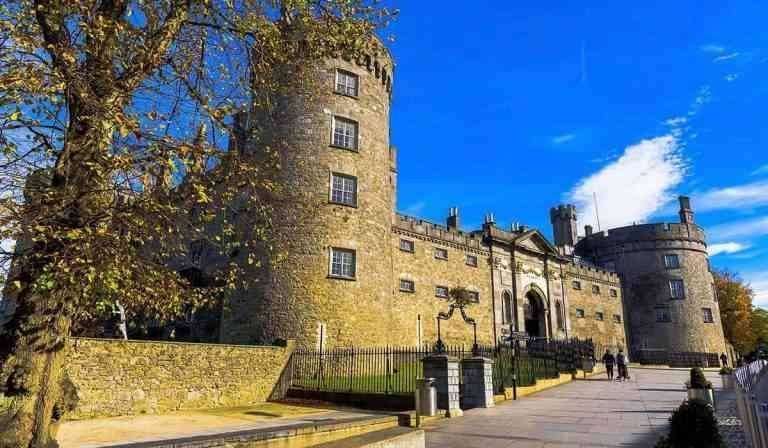 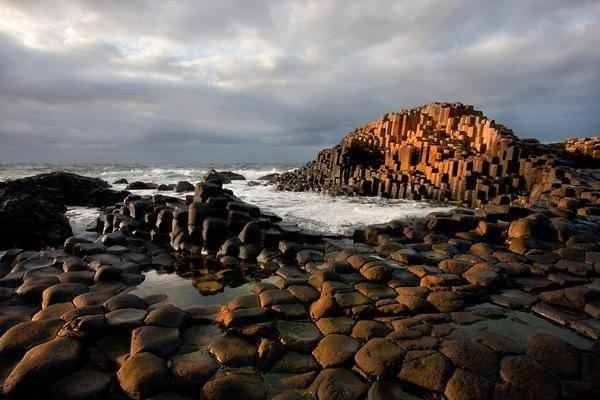 Giant’s Causeway corridor There is a corridor on the coast of Northern Ireland between the rocky slopes of the region, the corridor is one of the most beautiful natural places, it is basalt rocks attached to each other, which is what resembles stairs of stairs, so this name is called and there are some legends that say this corridor was used by some giant To cross the sea to Scotland, so the place is very popular, so many tourists go to it, as UNESCO annexed it to the World Heritage Sites in 1986.

The Cliffs Of Moher

It is one of the best tourist places in Ireland, it is located in the west of the country and this region is distinguished by its natural landscapes that are appreciated by everyone who sees it. Some places have a slope of 650 feet to reach the Atlantic Ocean. These slopes extend for about 5 miles along the Atlantic Ocean in Clare County, we advise you Visit her and take commemorative photos with her, especially if you are a fan of adventure, but be careful not to get hurt. 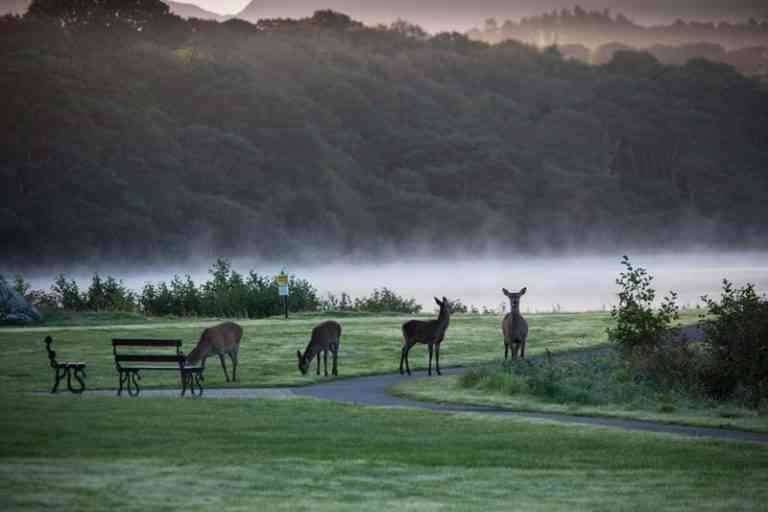 Killarney National Park This park is one of the most important tourist destinations in Ireland, it is the first national park in the country and it was established in 1932 AD through a dedicated donation of its properties, then this park has evolved to reach an area of ​​about 102 km now that includes many important natural landscapes such as forests, mountains and lakes And the park is distinguished for having different types of animals, some of which are threatened with extinction. One of the most beautiful is the red deer that has lived in Ireland for a long time. You will certainly enjoy seeing these animals especially if you are in the company of your family while roaming in the middle of oak trees. Leaving horses, we assure you that you will spend special times with them, especially when taking a boat tour in the lake and take pictures of them, given the importance of the park, you have taken over the management of the organization responsible for the wildlife in the country and you cannot miss visiting the Kanmar area, where the gardens and Killarney’s house are, when you feel hungry go To the restaurant in the garden to eat delicious traditional cuisine, you can also buy souvenirs, such as craft products, from the stores in the garden. The garden works 7 days a week and is free to enter. 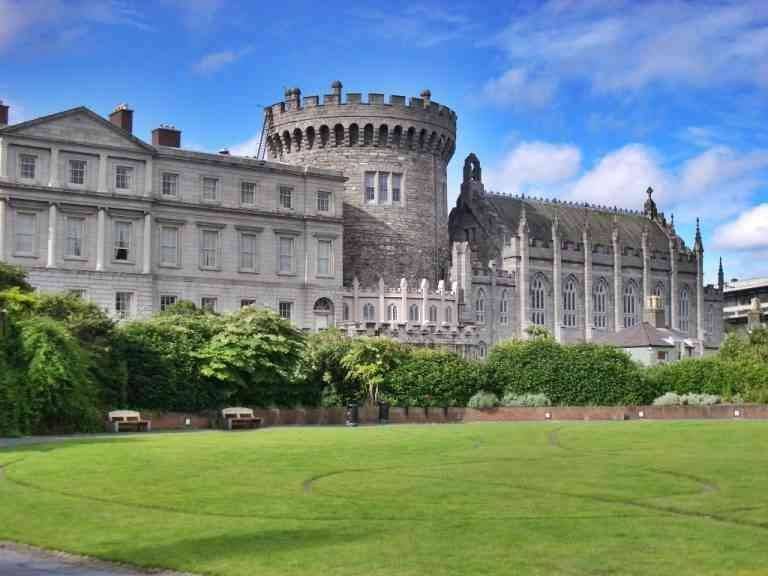 Dublin Castle Dear tourist, If you are a fan of historical places, then when you visit Ireland you should visit the famous Dublin Castle because it is one of the most famous and most important historical tourist destinations in the country, dating back to the thirteenth century AD and the castle includes monuments dating back to different centuries such as the seventeenth century and was The castle served as a watchtower for a period of time and also as a royal residence for the British, but the castle was handed over to Ireland after its independence in 1922 AD and is now a wonderful tourist destination as celebrations are held such as the inauguration of the president and the reception of kings and presidents, the castle is distinguished by its presence in a beautiful location at the intersection of the Levi River And boo Indicate that there are gardens full of greenery and water fountains next to it. You should visit the Undercroft area that dates back to the Viking era because it includes archaeological holdings and of course you cannot miss watching the throne room where the wonderful royal decor and furniture is worth seeing, the castle begins work from 9:45 AM and until 17:45 PM throughout the week except Saturday and Sunday, it starts at two in the afternoon, and entry fees are 4.5 euros for adults up to the age of 12, but for less than 12 years the price of the ticket is 2 euros. 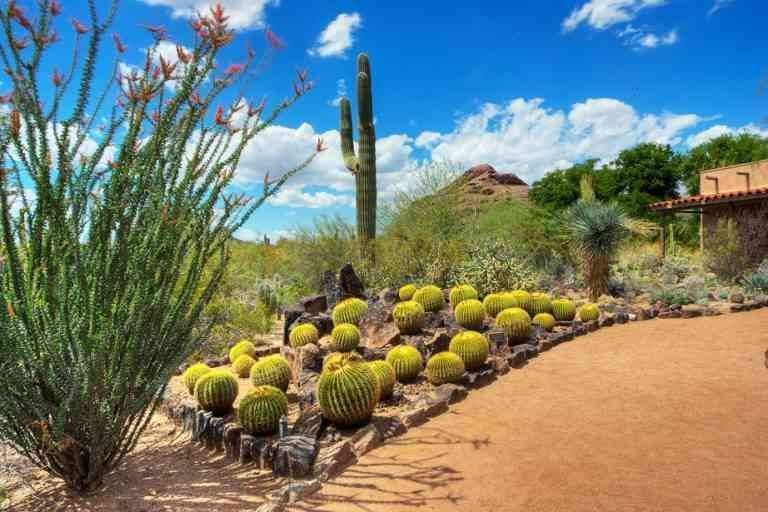 Finksey Park is considered one of the largest and most important parks in Europe, it was established in the thirteenth century in Dublin and the park was a park dedicated to elite hobby practicing hunting in 1660 AD and it became a public park for the masses in 1747 AD and its area reaches 707 hectares where the large areas of trees and grass and There are beautiful lakes that attract the admiration of visitors in addition to a number of animals, the most important of which are the herds of the “brown deer” known for its presence in the continent of Europe for centuries, so that you can take memorial photos next to it. B in the west of the park where the beautiful lake and different types of birds, also there is a lot of sculptures and a memorial in the summit of the phoenix, so I take pictures next to it and of course you have to ride the horse-drawn carriages with your family especially if you are with your children, the park provides exhibitions for children and You can also ride electric bikes with them, especially since they provide a great degree of safety and the park provides a place for children to play. When you feel hungry, go to the cafe and have a drink and a snack. 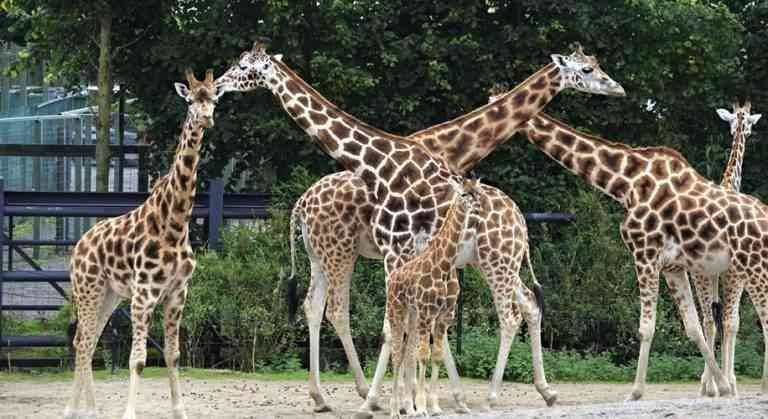 Dublin Zoo Dublin Zoo was opened in 1831 AD with the aim of preserving animals and learning a lot about them, especially endangered animals. It covers an area of ​​69 acres from the “Phoenix” park and is distinguished by its inclusion in large numbers of animals that live in different environments. For example, the Asian forests will see the Asian lion either. Orangutan forests have a jungle and casiranga with beautiful Indian elephants and the sea lion bay is in it with the beautiful sea lion in addition to the Arctic and African places, you can not miss taking pictures memorials next to the endangered red panda and surely you will be happy Falk drawing and coloring in the area designated for them, which also provides many games that suit different ages. You can have a meal in the “Mercat” restaurant that offers delicious dishes and also you have to buy souvenirs from the garden stores, the garden begins to work daily from nine o’clock And half in the morning until five o’clock in the evening, the entrance fee is 16 euros for adults and 13 euros for children up to the age of 17, while children under 3 years of age are free entry. 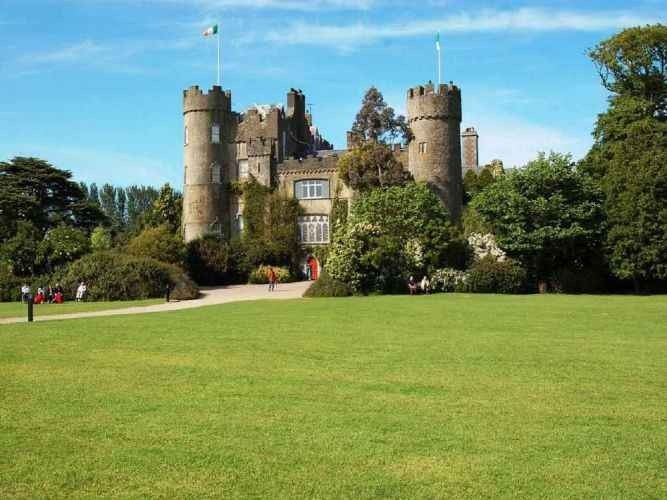 Malahide Castle Malahide Castle is located in North Dublin and it dates back to the twelfth century, and it is one of the best tourist attractions in Ireland, when you go to it you must participate in one of the guided tours to know everything about the castle as you will see the castle gallery that contains traces indicating the history of the castle And there are beautiful botanical gardens in the castle and one of its most beautiful features is the “Victorian Glass House”, which lives rare types of plants and is very beautiful, so I take memorial photos for them. Also has shops for evil As for gifts, the castle starts working from half past nine in the morning until half past five in the evening. The entrance fee is 12.5 euros for adults, 6.5 euros for children and 8 euros for the elderly.

It is called the “Ivera Peninsula” located in the southwestern part of Ireland in the County of Kerry, it is one of the most beautiful tourist facades in Ireland. You can’t miss watching the wonderful Turk waterfalls, so I can take pictures of them and the region has historical places like Ross Castle, it combines history and beautiful nature. 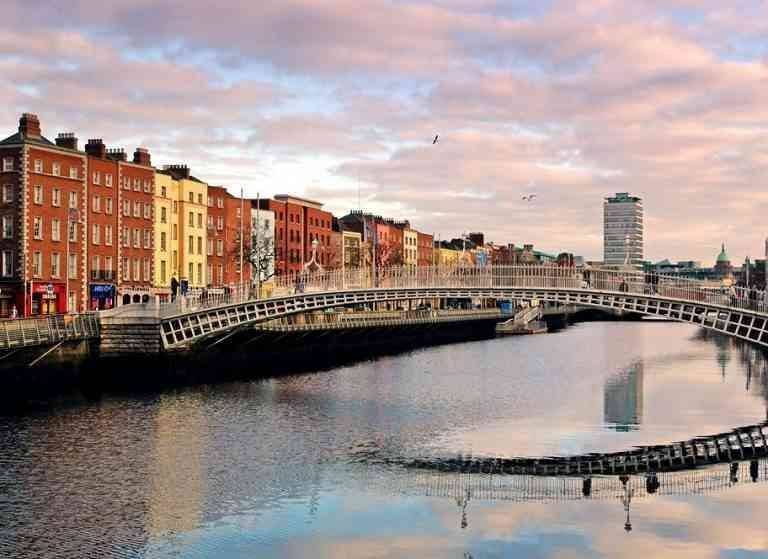 Happiny BridgeThe bridge was established in 1816 AD and is known as the Levi Bridge as a pedestrian passage over the River “Levy” in Dublin and it is considered one of the most beautiful tourist destinations. When you visit you will enjoy its beautiful view, due to the name of the Happiny Bridge due to the passers-by who paid 1.5 pence for the price of its crossing and witnessed The bridge has a number of developments in 2001, especially the removal of about 300 kilograms of locks put by loved ones and put up a sign that prevents these locks from being placed. The bridge connects between the Oconee and St. Capple area, we advise you to take a tour over the bridge and take pictures with it as you will enjoy listening to Irish music and it is near Music Museum that displays Moss tools An old qiyyah for the most famous artists. You should eat in the bridge restaurant if you feel hungry. As for shopping through the Grand Social Market near the bridge, which offers different craft products, of course take a 45-minute cruise in the river. If you are with your children, you can visit the Ark Specialized Center. In children’s toys.

The best destinations for summer honeymoon