Poland: All you need to know before traveling to it

Tourism became active in Poland after joining the European Union, where it became a center of great interest by tourists for the beauty of its cities and its ethnicities, as Poland combines wonderful tourist attractions, rich culture and ancient traditions in addition to its unique architecture. The majority of visitors go to Warsaw, Poland, Wroclaw, Krakow, Poznan, Lublin, Torun, Gdansk and Lodz. Lake Mazury, the Baltic Sea, the Tatra Mountains and the Beloise Forest also attract many nature lovers.
Poland is a distinguished country in Europe for its ancient history because its name was associated with the First and Second World War as the country lived in an unstable political and economic climate full of threats, as it was subjected to repeated attacks that led to the destruction of many sites, but the country is still full of many and promises its visitors with wonderful tourist surprises.

where is it Poland? 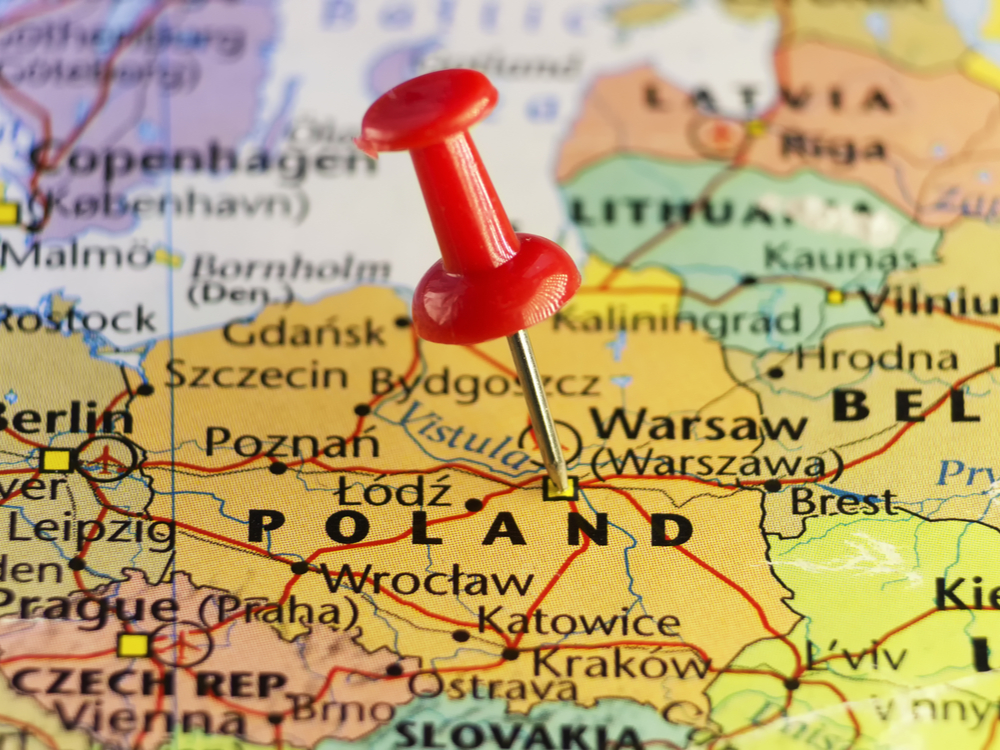 Poland is located in Central Europe, bordered to the east by Belarus and Ukraine, to the west by Germany, to the north by the Baltic Sea, and to the south by the borders of Slovakia and the Czech Republic. Poland is one of the distinguished countries in Europe, and the prices for visiting and shopping in it remain lower than other European countries. 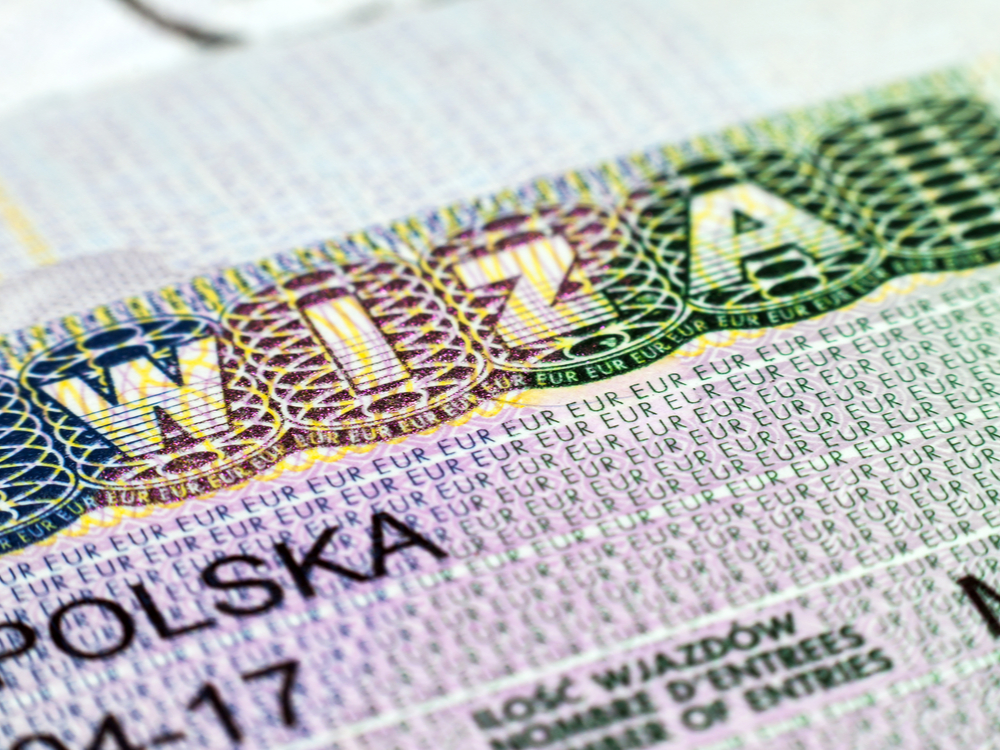 The European Union joined Poland in the European Community in 2004, subject to the laws applicable to the Schengen area, whereby European Union citizens are allowed to use their identity cards to travel between European Union countries and reside in any country they wish without the need for a visa. While citizens of non-European countries must obtain an entry visa and must have a passport that is valid for at least six months. As for the citizens of the United Arab Emirates, they do not need a visa to enter Poland in order to stay that does not exceed 90 days.
For the rest of the other Arab nationalities who want to experience a tourist holiday in Poland, a few papers must be presented in which to prove the purpose of travel, hotel reservation and flight ticket (back and forth) in addition to providing a health insurance policy covering the length of time that you will spend in Poland. You should also provide the following documents with the visa application file:

Disclaimer: The visa requirements may change at any time, and the contents of these pages represent the limits of our knowledge of this issue and provide it to you in good faith. It is the sole responsibility of visitors to the site or its users to use the data contained therein. For more information about obtaining a Poland visa, please contact the nearest embassy of the country or visit the website of the Polish embassies.

When is the best time to visit Poland? 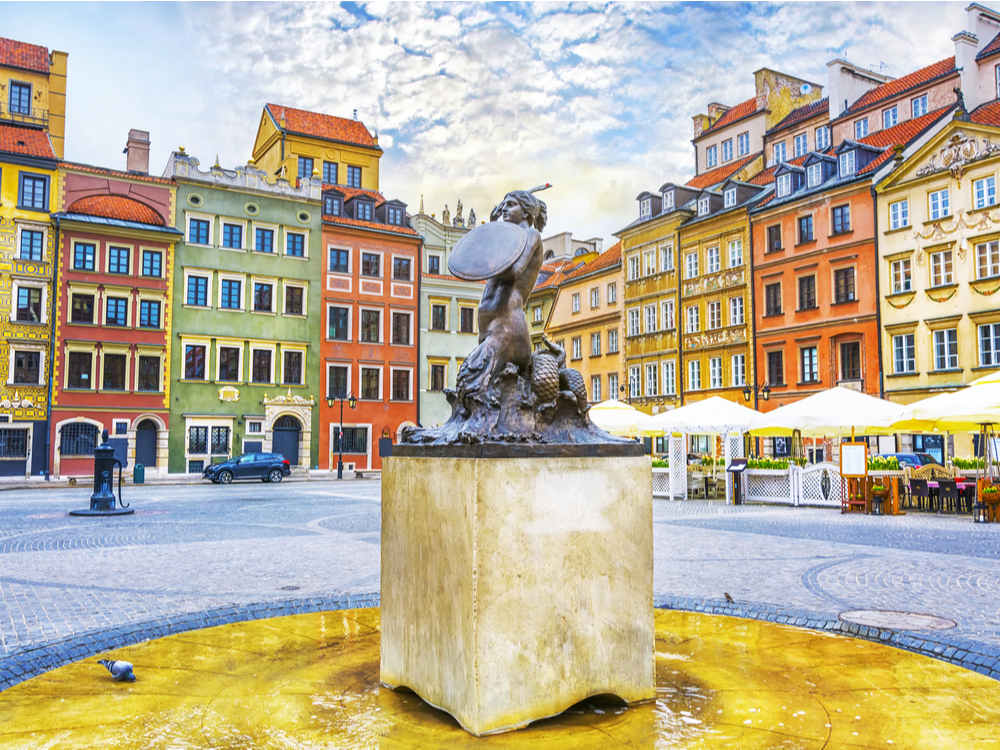 How to get to Poland? 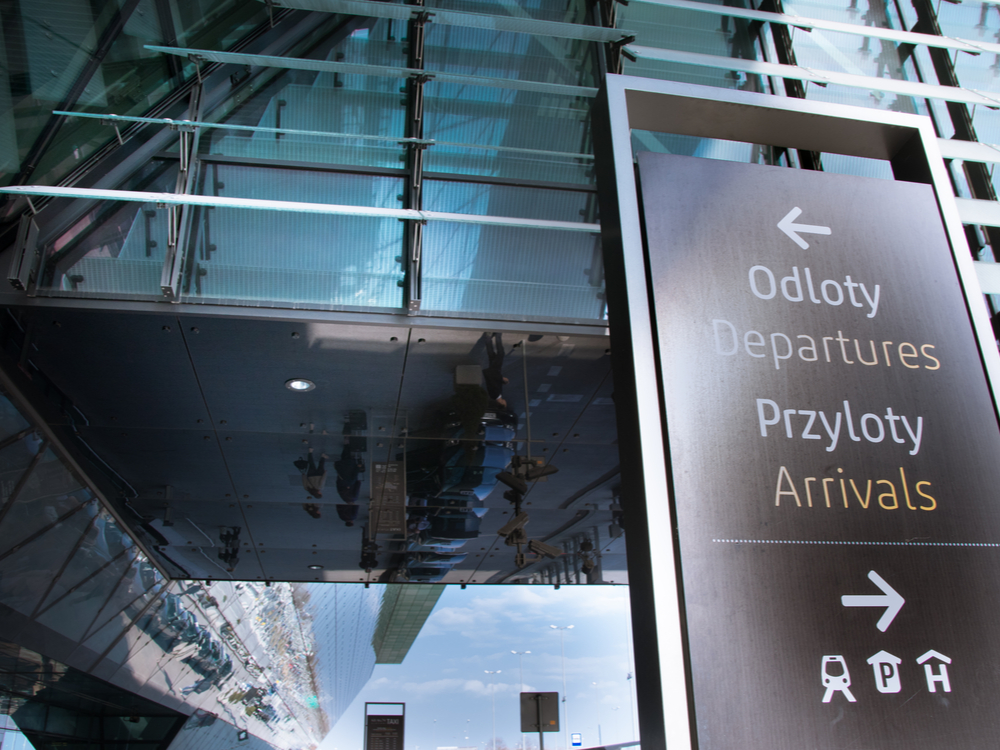 John Paul II International Airport is twenty-five minutes from Krakow city center, famous for its architecture
The Warsaw Frederic Chopin Airport is one of the most important airports in Poland, and most international flights are close to it because of its proximity to the Polish capital, but it is not the only airport in the country. Poland includes many airports, where there is each of John Paul II International Airport, which is twenty-five minutes from the city center of Krakow, famous for its medieval architecture and ancient culture, in addition to the “Airport Airport” near the Polish city of ودجód حيث, where you can take the bus from in front The airport is directly and the journey to the city center will take only half an hour. 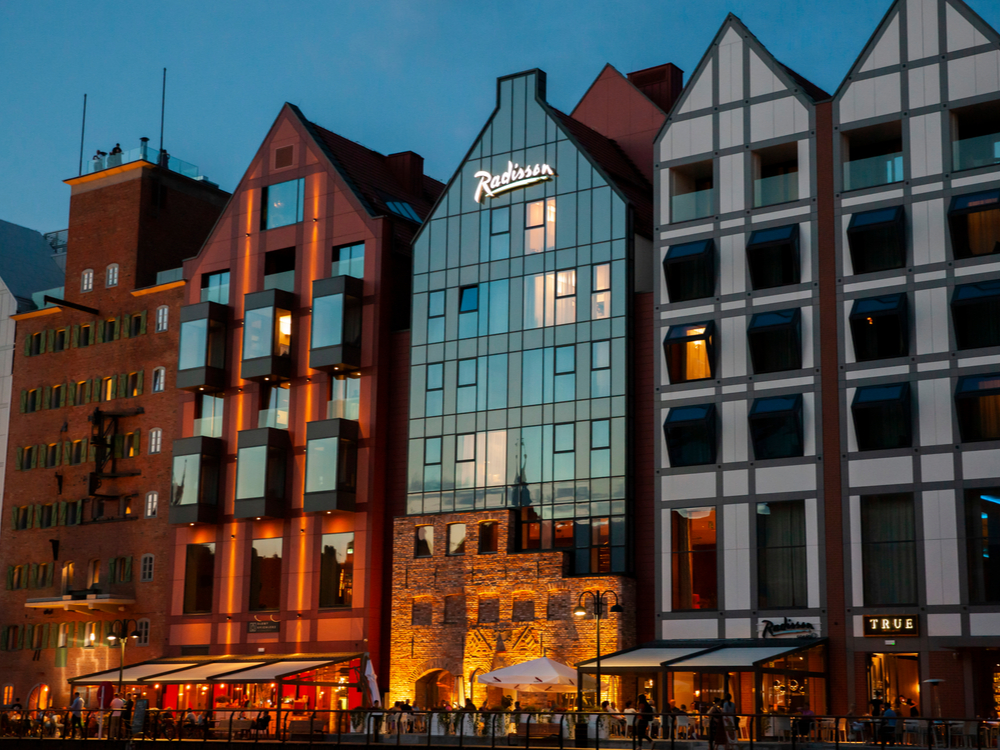 He found a lot of hotels that provide multiple services to visitors and ensure them the convenience of a vacation in the best atmosphere
Tourism in Poland is very inexpensive compared to some other European countries. Polish cities contain many hotels and resorts suitable for all types of holidays, as you will not find any difficulty in finding a hotel, whether you are alone or with your family, but we advise you to book early, especially in the high season. Among the most beautiful hotels in the Polish capital Warsaw is the Hotel “Bologna Palace”, which is characterized by its architecture consistent with the architecture of the city of Warsaw, as this hotel is one of the hotels closest to transportation in the capital. There are also many hotels that provide multiple services to visitors and guarantee them the comfort to spend a vacation in the best atmosphere.

The best tourist places in Poland

Poland is one of the most amazing European tourist destinations, combining history, culture and distinctive natural landscapes. Tourists head to its main cities, which contain distinctive tourism and cultural ingredients such as Warsaw, Wroclaw, Krakow, Poznan, Lublin, Torun, Gdansk and Woudge. Lake Mazury, the Baltic Sea, the Tatra Mountains and the Beloise Forest also attract many tourists annually.
Poland is not only a lover of nature but also an ideal country to learn about a great period of European history, with UNESCO ranked more than 14 sites in the list of World Heritage Sites. 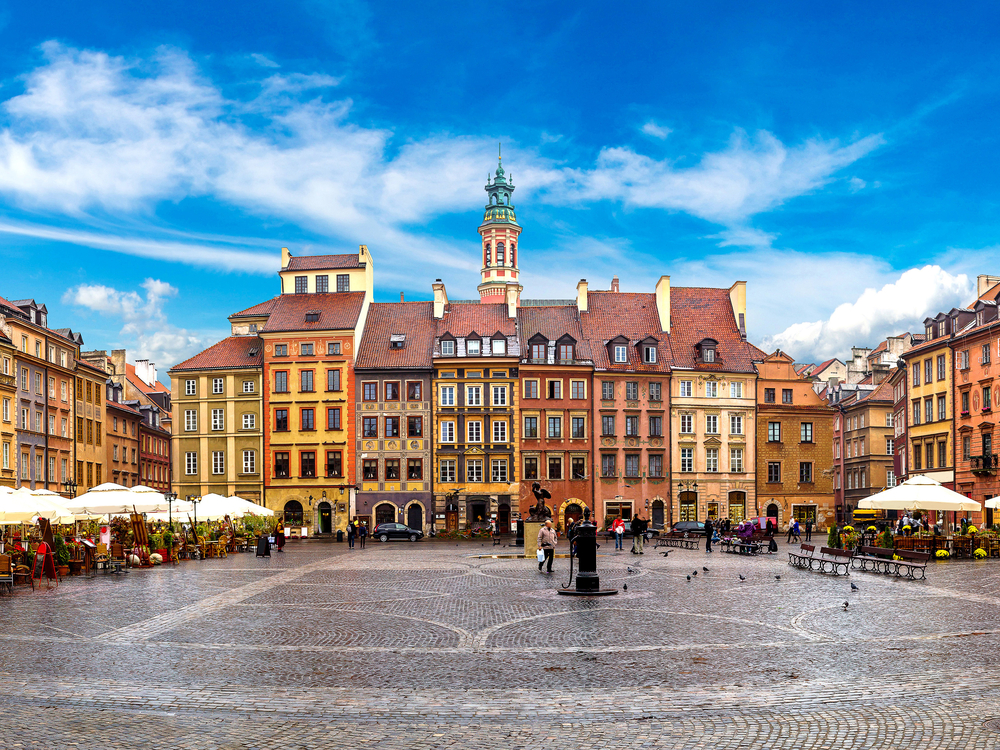 Often the tourist trip in Poland starts from its capital, Warsaw, which has known very large historical events, as it was destroyed in 1940 during World War II, but it was able to rise again, and therefore many people call it “the city of Phoenix”. Warsaw contains many palaces and churches in addition to a large number of theaters and distinguished libraries. Among the most important places not to be missed are the Royal Castle, the Willano Palace, the Warsaw Uprising Museum, as well as the Museum of the History of Judaism.
Tourism in Poland is an experience that you must try even once in your life. Book your flight now! 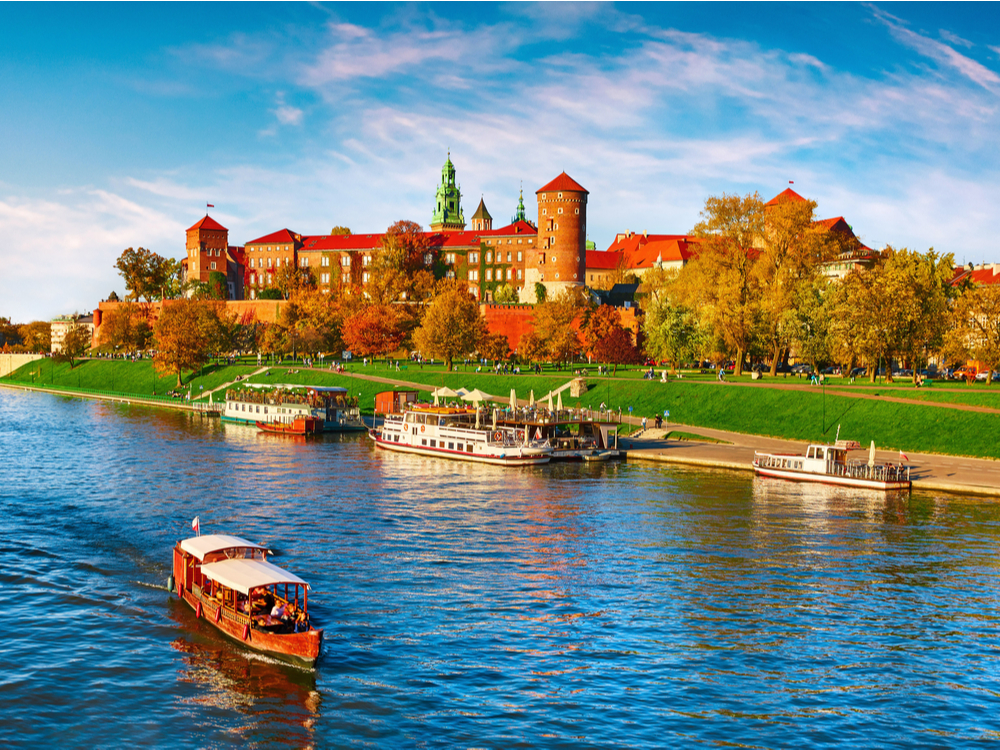 Krakow left the city with minimal damage from World War II, retaining its beautiful character and its medieval attractions, which allowed it to enter the UNESCO World Heritage List, as well as attracting many tourists to it wishing to discover its history and stunning natural scenery. Among the most important sights in Krakow: the Wawel Royal Palace, the Rink Glony Market Square, the Wieliczka Salt Mine and the Rinj Museum. You will not find any difficulty in moving between these monuments, as it is easy to walk around the city’s alleys, and you will not get tired as you walk alongside the wonderful historical buildings. Just try to obtain a tourist card upon your arrival to take advantage of many of the tourist benefits that this city offers to its visitors. 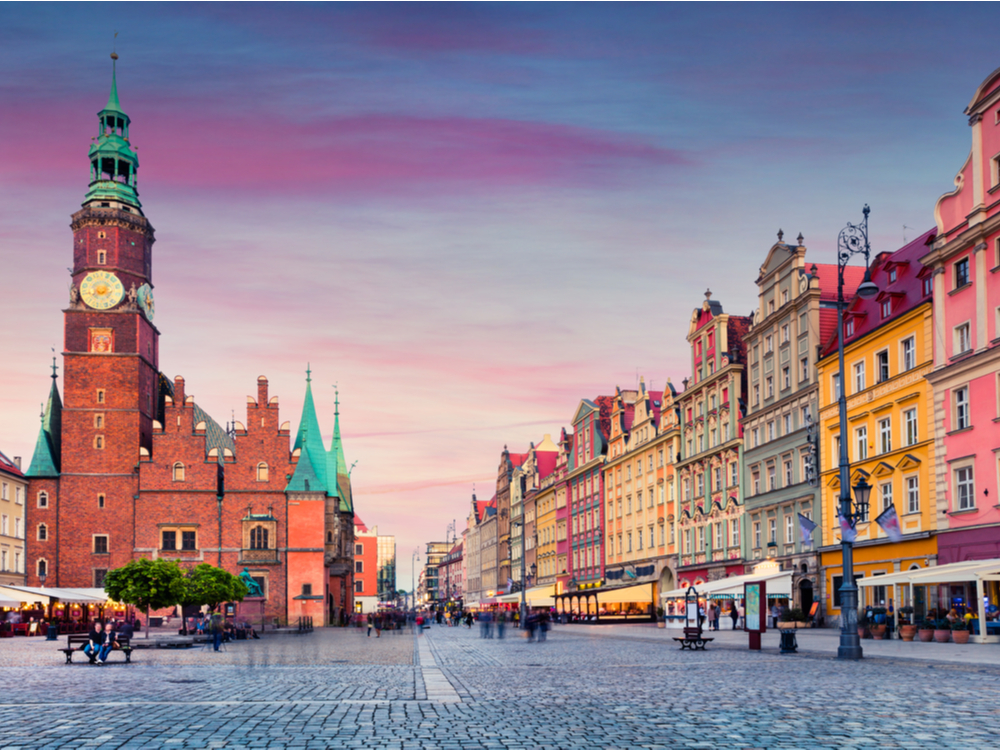 It is similar to everyone who visited Wroclaw “Venice of Poland” to include many bridges, pathways and statues where the city was designed in the form of an amazing garden where Wroclaw is considered an ancient city in southern Poland. Ostrov Tomski Heritage Square contains many of these historical and cultural attractions. 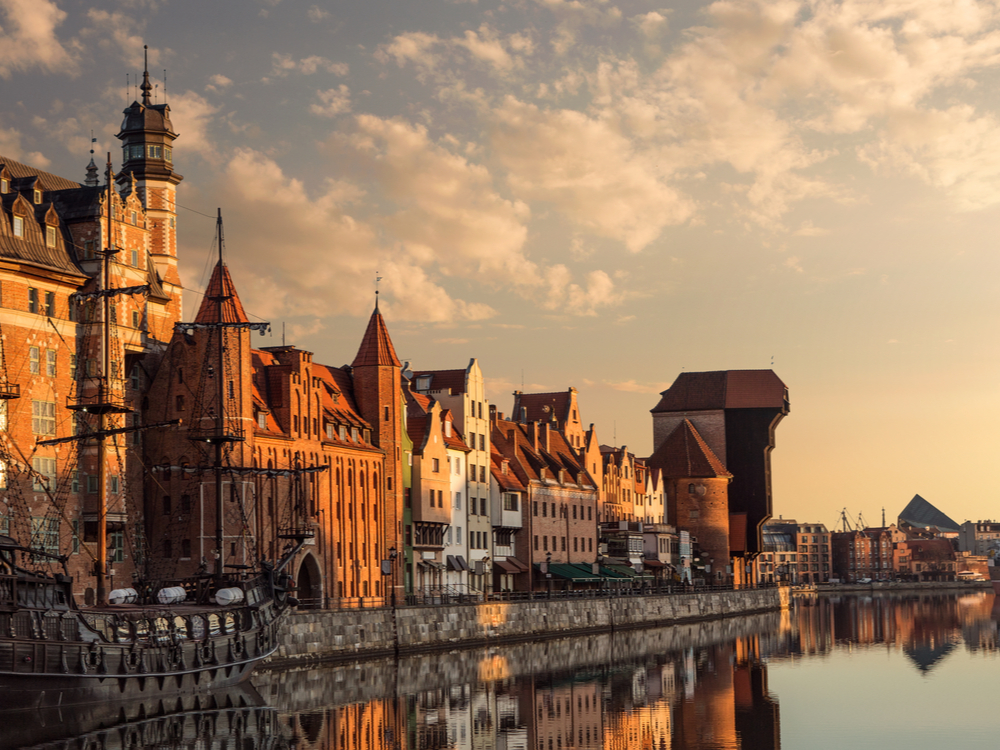 The Polish city of Gdansk is located on the coast of the Baltic Sea and is characterized by its wonderful tourist attractions that no tourist should miss such as the Royal Road, the Corniche Street, ancient cathedrals and colorful medieval ports where the history of Gdansk dates back to very long years and was associated in the collective memory of the Poles with the fall of Communism in Europe Central.
Have you visited Poland or are you planning to visit in the future? Did you find this information helpful?

Tourism in Positano Italy .. Learn about “Positano” the most beautiful Italian cities ..