Often times the facts are more surprising and interesting than fiction, but this cannot reduce the magnificence and beauty of fiction and myths, which will always be a source of fascination for many, especially if this myth or fairy tale is associated with one of the distinctive features in the world, Come with us to get to know a group of the most famous tourist attractions in the world that have woven around ancient legends throughout the ages:

sphinx:
The Sphinx is one of the largest statues in the world, found in Giza in the Arab Republic of Egypt and distinguished by its unique design, which is represented in the head that is designed to resemble the human head and body designed in the form of a lion, a design that refers to the pharaoh and is the title given to the ruler of Egypt In ancient times, the foregoing are the few facts that people know for sure about the Sphinx except for the myths that people have conveyed about that dazzling statue to date.

There are many stories and legends that are reported about the Sphinx, the most famous of which is the story of Prince Tuthmosis III and the Sphinx, his grandfather was Pharaoh of Egypt Tuthmosis the first and his aunt was the famous Egyptian Queen Hatshepsut, according to legend, the prince Tuthmosis III was distinguished by the strength of his personality and his strength and his leadership nature which made him the favorite son With his father, and as a result, the brothers of the young prince were jealous of him and they weaved conspiracies and sought to get rid of them until they tried to assassinate him several times. All this prompted the Emir Tuthmosis to move away from the palace and his family and brothers and make him spend most of his time in southern Egypt and the middle of the desert to practice irrigation The hunting light gets away from the problems, and one day the young prince went to the Giza area on a fishing trip with two servants, and during the rest period the prince left his servants and went to wander a little in the nearby area and there he stood to meditate the pyramids and the Sphinx and noticed that the statue is covered with sand until it Only his head appeared from him at the time, and the prince looked at the Sphinx, who the ancient Egyptians believed at that time with his hidden magic powers, and he swore in front of him that he would remove the sand around him and would take care of him throughout his life if the Sphinx helped him get rid of his problems and the conspiracies being hatched around him, here the prince noticed That my eyes are a father Sphinx glowing color of green as if they respond to what occurs with VCAR fear and faster to leave, and after this incident a few years became Thutmose III Pharaoh of Egypt after he was able to overcome his enemies and then remember Tuthmosis III and several of the Sphinx and ordered the removal of the sand around him and take care of him in implementation of his promise.

Great Wall of China:
The Great Wall of China is one of the Seven Wonders of the World. It took many years to build, and thousands of workers participated in its construction. Many of them spent their love while working, and many tragic myths and love stories were associated with the Great Wall of China, including the legend of the beautiful girl Meng Jangyu (Meng) Jiangnu) and her husband Fan Xiliang, and the story started when Van Shi Liang was trying to escape the Emperor’s soldiers who were gathering young men to do forced labor in building the Great Wall of China, at that time he met the girl Ming Zhang Yu by chance and helped Hide it, then the two fell That in love and they got married, but after three days of Zojhma soldiers found the emperor on their whereabouts and have the Shi Liang allowed to work in the construction of the fence.

Ming Jangyu waited a whole year until she heard news about her husband. When that did not happen, she decided to go look for him. After long months spent in traveling, climbing mountains and walking in the valleys, she reached where the Great Wall of China was, and she asked about her husband and was told that he died due to stress and was buried inside a wall. The wall with the other workers who died while working, here, Ming Jangyu sat crying next to a portion of the wall for 3 continuous days and after that I noticed that part of the wall had collapsed and found skeletons inside of the dead workers, and in an attempt to find out where these remains are from her husband, She cut her finger until blood came and he pointed Liquefied blood to the skeleton amid the remains of the workers I knew that he belonged to her husband so she Bdvth in a proper way and then committed suicide in grief over the death of her husband to plunge herself in a river.

Forbidden City:
The Forbidden City is one of the most famous tourist attractions in China and this ancient city contains many palaces and ancient buildings. In the past, only the emperor and a selected group of women and servants were allowed to enter this city. Hence the name of the Forbidden City came, and entry to the Forbidden City remained limited to the emperor. And his entourage for 500 years, and it has been said that the reason for building this city was that Emperor Yongli saw the details of this forbidden city with its two daughters and its beautiful ornate palaces in the dream, so he decided to turn the dream into reality and order to build this city.

Niagara Falls:
Niagara shawls have been associated with many legends and ancient stories, including the legend of the fog girl. There are many copies of this legend that tell about the story of a girl called Lelawala, but the most famous story is the story that says that the residents of the village that was born and lived in Lilawala have chosen it to be the Eucharist presented to the gods even They avoid the wrath of the gods and as a result they cast a night in the Niagara Falls that did not occupy a large area as it is at the present time, then while Leelawala was wrestling with drowning, the Thunder God helped her to survive and trained her to fight so that she could face the hardships she faced, and for It has also been said that Lilawala defeated a huge snake that lived among the Niagara Falls and that the great battle between them caused an increase in the flow rate of the Niagara Falls water and made it become as it is today.

Legend has it that a man named Jan van Hunks has become famous among his friends for his love for smoking and that he is a professional smoker to the extent that no one can compete with him in smoking and on one occasion his friends told him that there is someone who can outperform him in smoking in this world, Yan did not give them attention and insisted that he was the best and that even Satan could not defeat him, and one day Yan went to smoke in his favorite spot on the surface of the mountain and found a man wearing black, then the man began talking to him and Yan told him his story with his friends and about his smoking skills Then he agreed with the strange man to set up a smoking challenge, and quarrels began Between Yan and the strange man, both of them trying to win, and during the competition, the air around them filled with thick smoke after a while it seemed clear that Yan was the one who would win and suddenly he noticed Yan signs of anger appearing on the man’s face in front of him and suddenly the features of the real man appeared and discovered Yan that he was standing in front of the Devil himself, the devil who He was angry at his defeat in front of an ordinary person who decided to kidnap Yan into his world, since then it is said that whenever the fumes and smoke rise from the summit of Satan Mountain, this means that Yan and Satan have returned to their favorite spot on the surface of the mountain to compete again for smoking.

Baobab Avenue in Madagascar:
The country of Madagascar is one of the most famous tourist island countries in the world and is famous for its beautiful beaches that overlook the Indian Ocean and its dense tropical forests, and one of the most famous tourist attractions in Madagascar is the Baobab trees avenue which is located in the western part of the country and is also called the “mother forest” which is a phrase Through dirt surrounded by huge baobab trees, which number 25 trees, there are many myths that weave around this place and they explain the unusual shape in which baobab trees appear, which is the shape of the inverted tree. Legends say that the gods were making this area and were putting trees in it A neighbor, but the trees were still moving away from the place of their cultivation in an attempt to escape, so the gods had put them upside down in their place so that they could not move, and among other famous myths, the baobab trees were in the past wonderful trees and they boasted of their beauty in front of other trees, so the gods rose By turning her into that strange form to punish her for her arrogance. 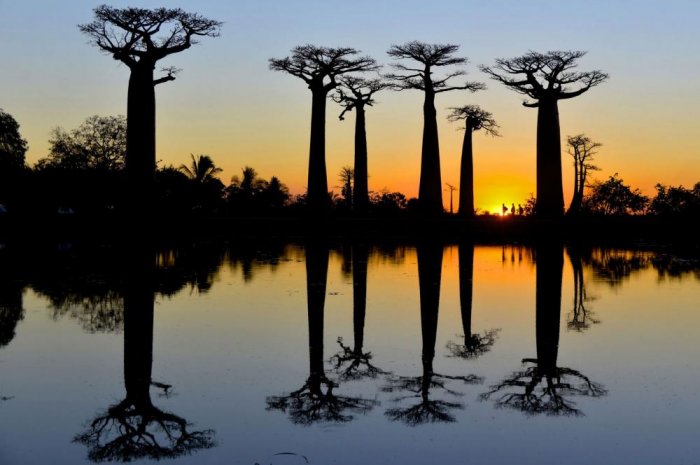 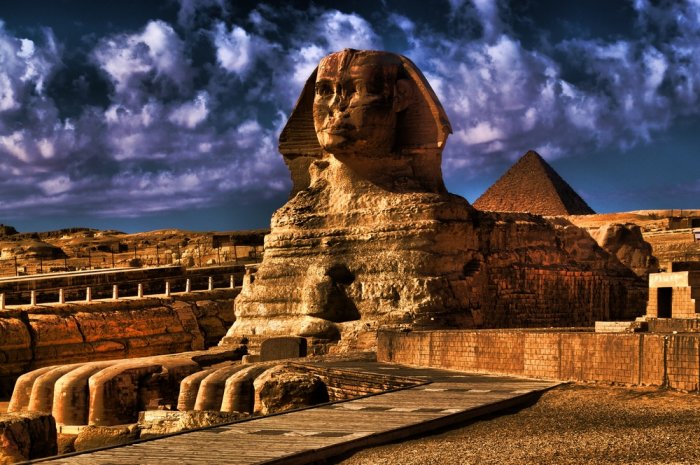 The Sphinx is one of the largest statues in the world and is found in Giza, in the Arab Republic of Egypt 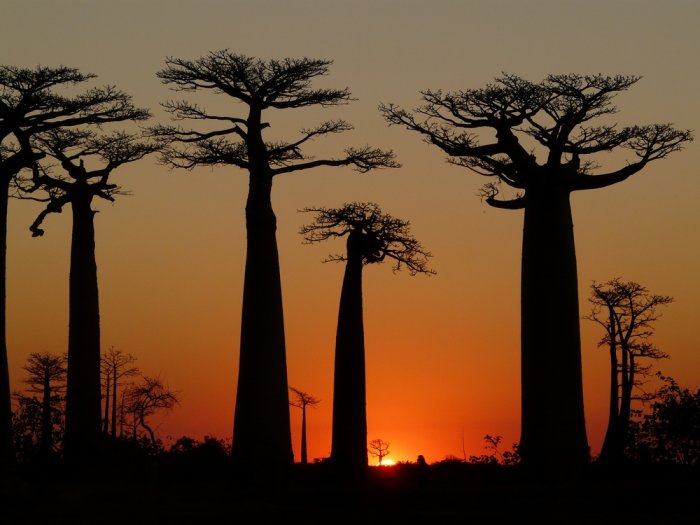 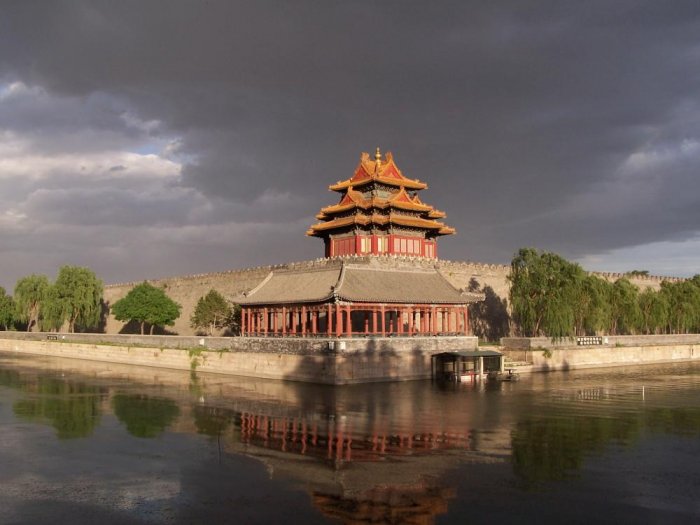 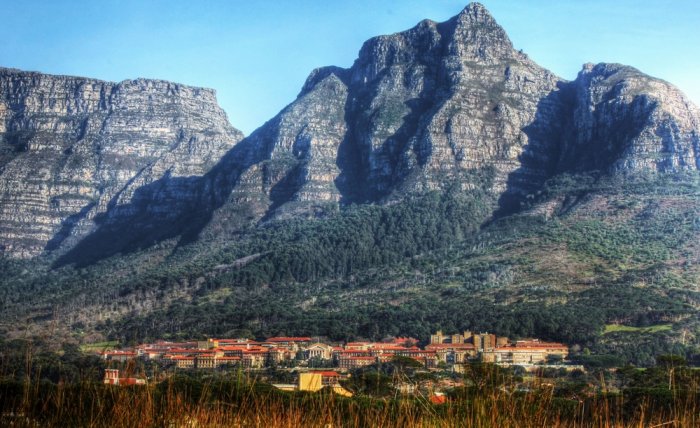 Table Mountain and the Devil’s Mountain Summit are among the group of mountains that make up the mountain background in Cape Town, South Africa 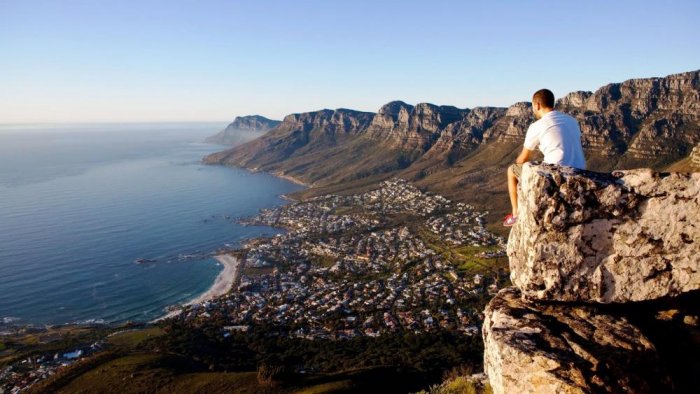 Mount Table and the summit of Satan Mountain 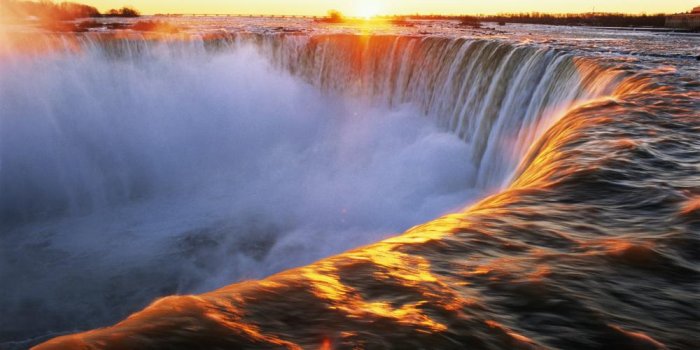 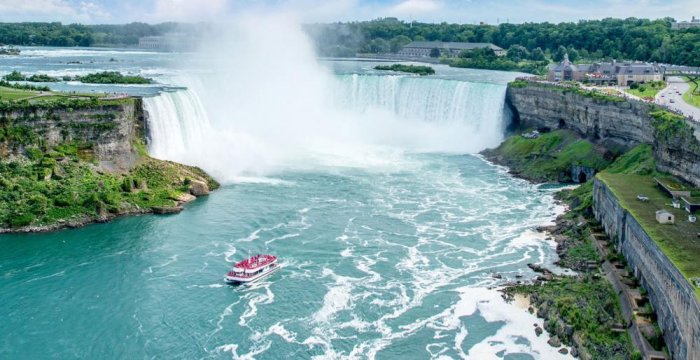 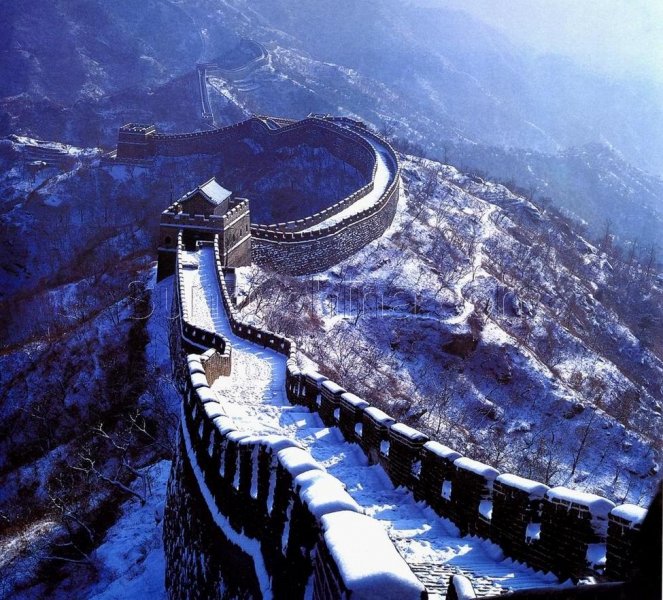 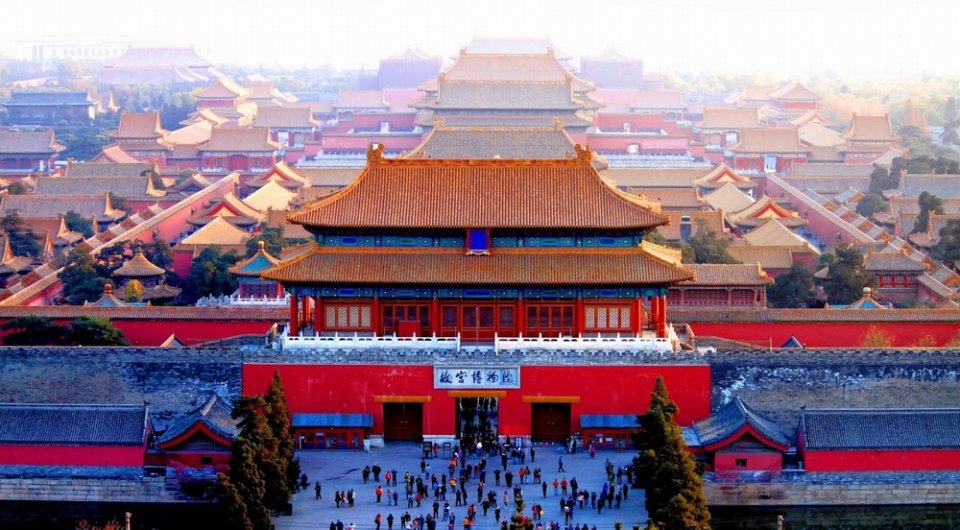 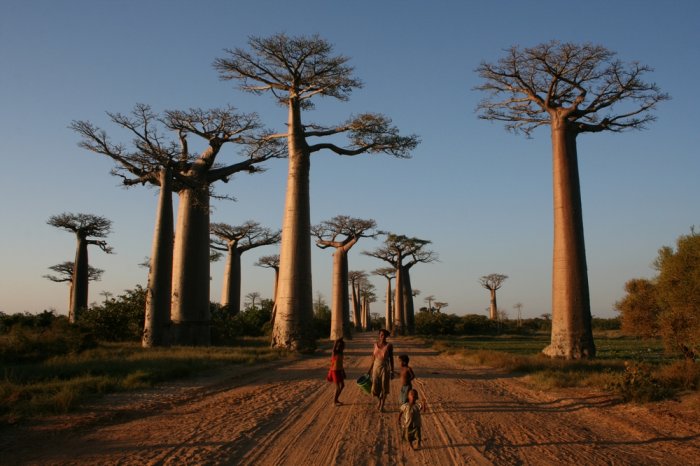 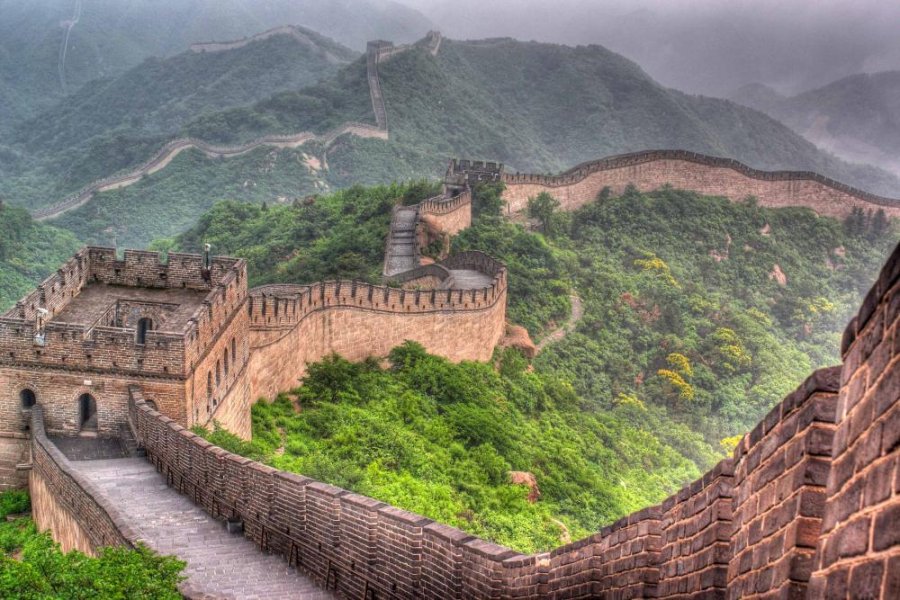 The Wall of China The story started when Van Shi Liang was trying to escape from the Emperor’s soldiers who were gathering young people to do forced labor in building the Great Wall of China. 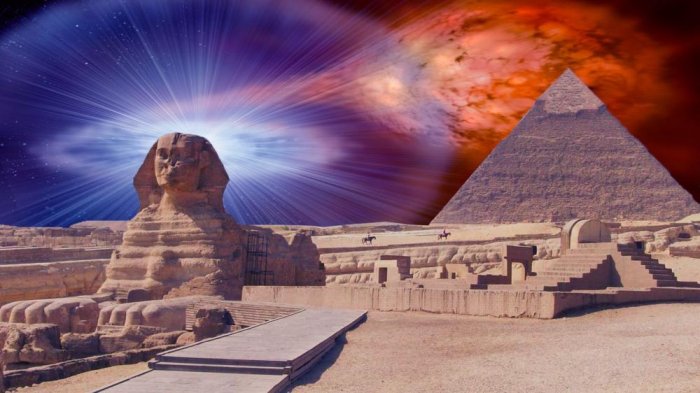 The Great Wall of China is one of the Seven Wonders of the World, and it took many years to build and thousands of workers participated in building it. Many of them spent their love while working.

The legend of the Sphinx .. According to the legend, Prince Tuthmosis the Third was distinguished by the strength of his personality and his strength equal to that of a warrior and his leadership nature, which made him the favorite son of his father 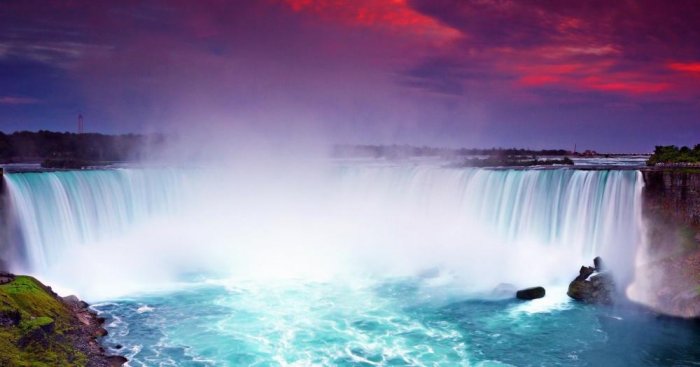 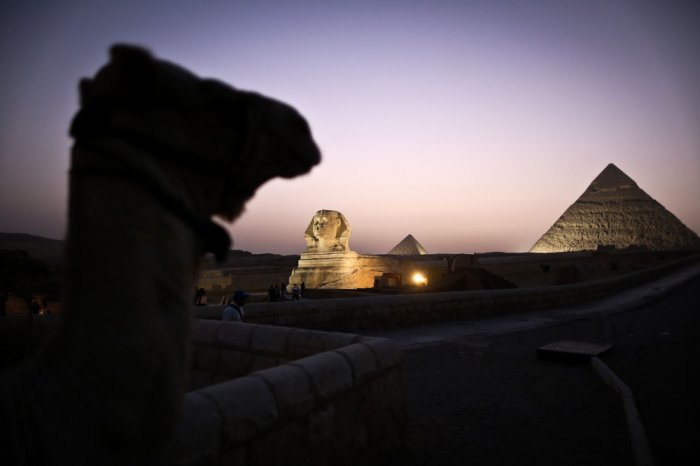 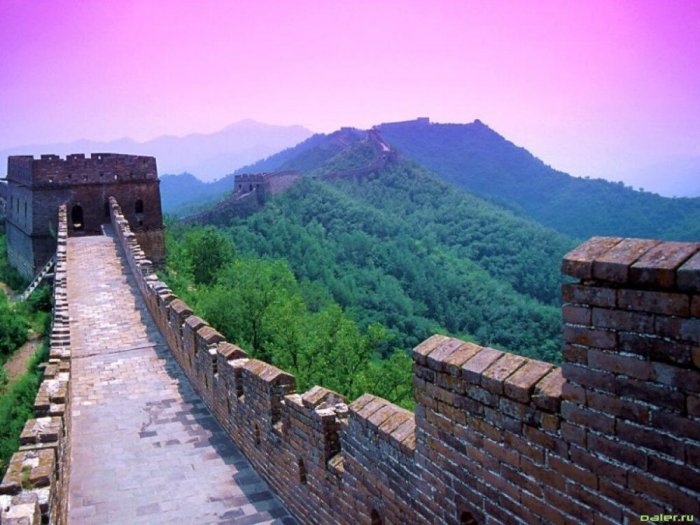 The Great Wall Of China

My trip to Austria