Years ago, specialists in the world of travel predicted that Portugal would be one of the most important European tourist destinations, but rather the most important destination for tourism. Tourist ingredients in Portugal are many, including the wonderful beach, the flourishing art scene, delicious food, a wonderful group of islands … and Cristiano Ronaldo, of course! But also it must be noted that recent years have witnessed the emergence of many modern luxury hotels and luxury resorts in several parts of Portugal, which attracted the spotlight. These hotels took on the Portuguese character to serve the idea that the country would remain similar to itself without other European countries likening it to a special identity.

Lisbon hotels .. A journey of originality

Most tourists begin their trip to Portugal from its largest city, the capital, Lisbon. This city is famous for its colorful houses and buildings, many of which date back to the eighteenth century.

Among the most luxurious modern Lisbon hotels is the “Pousada de Lisboa”, which was once a government residence in the commercial center of the city, making it an ideal choice for visitors to the country for the first time. The hotel lobby offers a tribute to the history of the country’s naval power with an impressive assortment of statues, paintings and interesting maps of Portugal’s past. The corridors of the hotel resemble a tour of one of the country’s museums, with traditional heritage pieces and paintings borrowed from local museums. The rooms are a mixture of contemporary and imitation, striking parquet flooring.

Close to this hotel is the Almalusa Baixa-Chiado Hotel Maloza Baiha-Chiado for a more intimate experience. This boutique hotel was also a historical building from the 16th century. It includes only 28 rooms and suites, each with its own elements, especially in fireplaces or hand-painted wallpaper, etc. … The hotel says that everything that it offers in the rooms of beds or tools and other pure Portuguese industry.

Alentejo and Evora … the imagination of nature

In the south of Lisbon lies the prosperous tourist area of ​​Alentejo which includes a number of luxury park hotels. We stop first at Sublime Comporta, which is located in a picturesque nature. Of the hotel’s distinctive rooms, two villas come equipped with living and dining rooms, a full kitchen, two bedrooms and a variety of exclusive privileges. The hotel also features its wonderful restaurant specialized in serving Iberian cuisine, especially octopus salad and Iberian meat dish, among others. The spa is one of tranquility and relaxation with treatments from the organic pharmacy, especially body sculpting and coffee treatments!

In the nearby Evora area, the L’and Vineyards Land Fine Yards Resort is distinguished by its design by Brazilian engineer Marcio Cogan. The rooms are located between grape pillars, lemon and olive trees, so staying in nature. The Cuadalie Spa features an indoor pool and offers exclusive natural treatments. It is also necessary to savor the food served by the hotel’s restaurant, as there is a wonderful variety of foods, especially seafood.

In northern Portugal, the beautiful city of Porto is listed as a UNESCO World Heritage Site. The city’s most luxurious hotel is The Yeatman with Yettman, which consists of a group of city palaces transformed into 83 rooms and suites. Each room and suite is specially decorated with a selection of artworks and historical books. For a fine dining experience, the hotel’s restaurant, especially the gastronomic menu, must be tried.

We conclude our tour with one of the most interesting resorts in the Six Senses Douro Valley located in the North Douro region. The hotel includes 71 rooms, suites and villas, and combines the Asian sense with European experience in an area characterized by its aesthetics. The rooms are charming with their huge beds, and they offer views of the trees and the neighboring river. It also has a high-quality technology that allows you to control the entire room via a remote control, as well as requesting hotel services directly to your room. 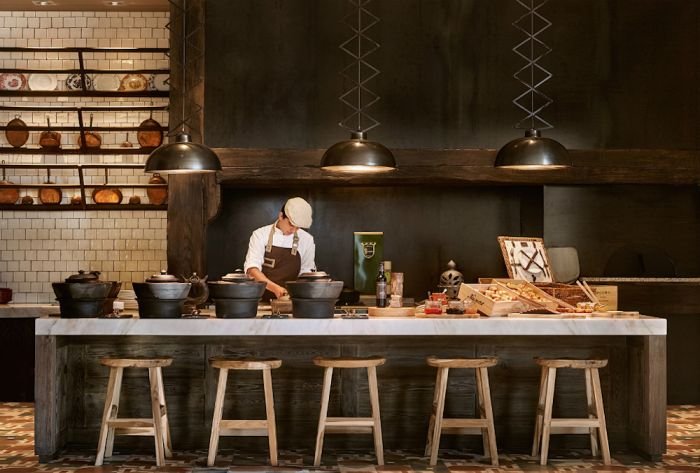 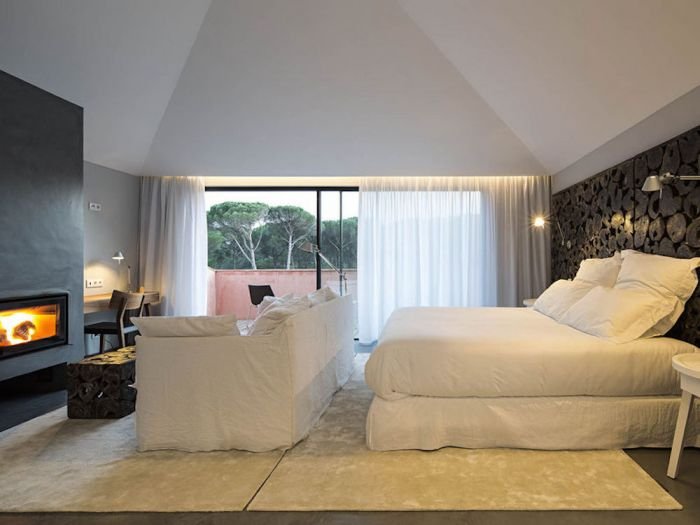 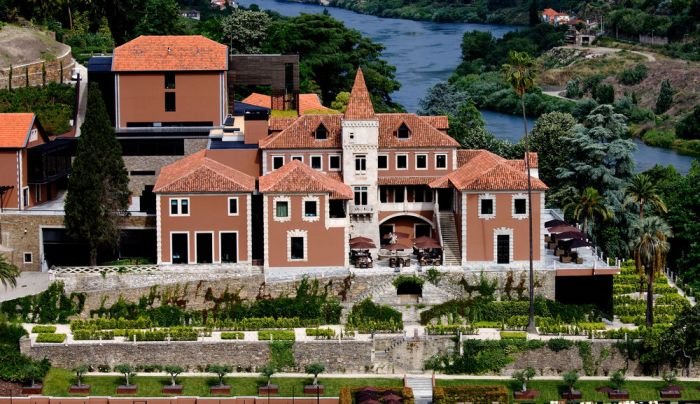 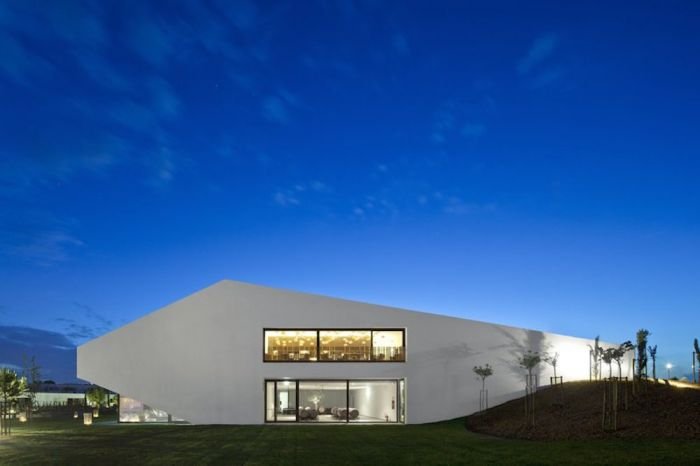 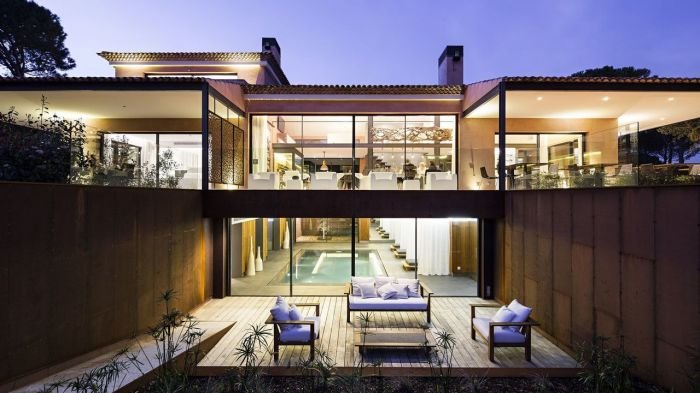 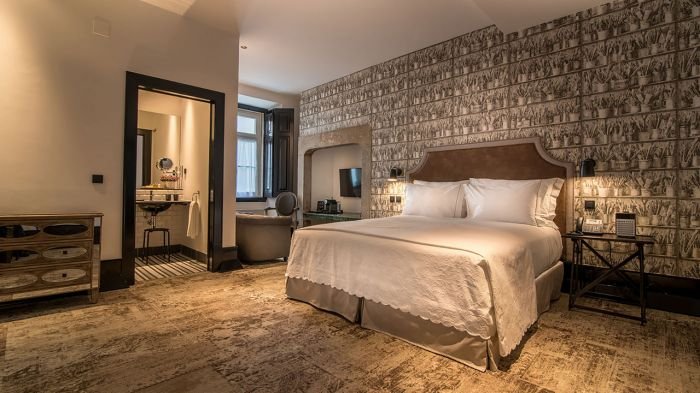 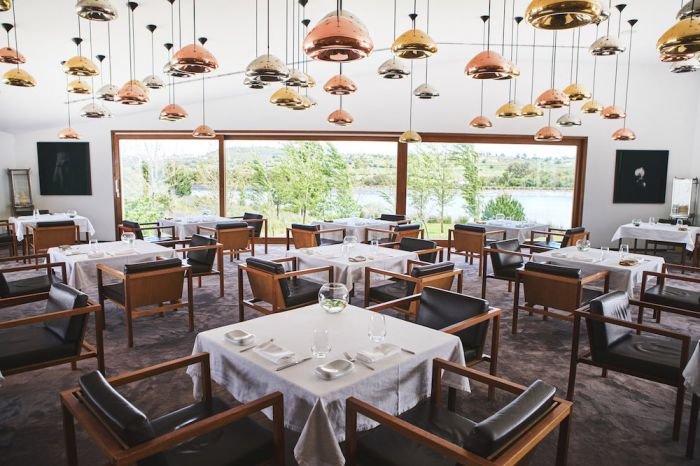 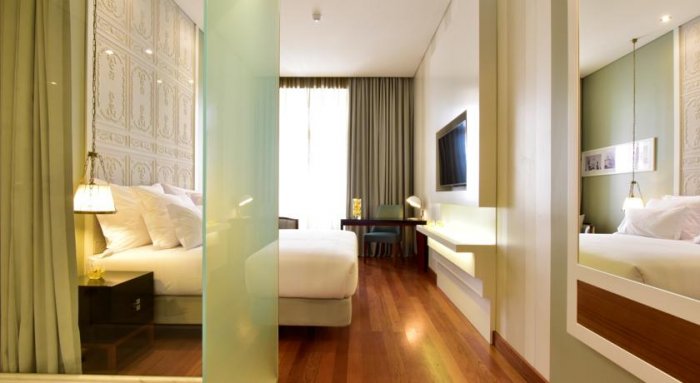 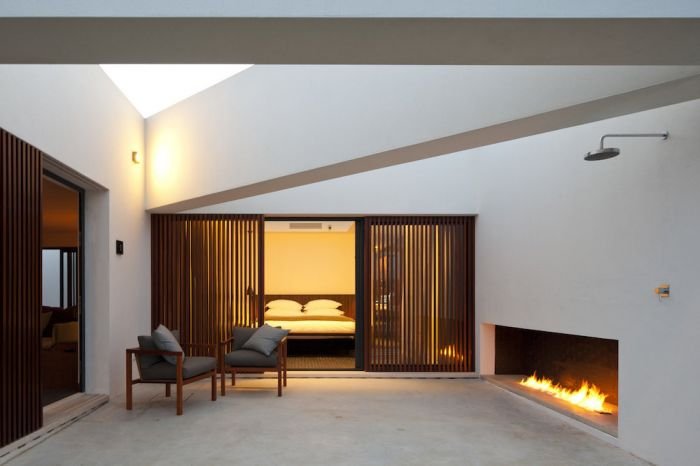 Inside a room at L’And Vineyards

Room at The Yeatman 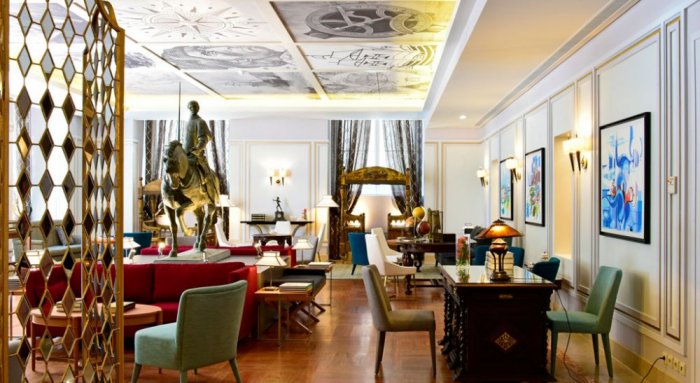 The Yeatman Hotel in Porto 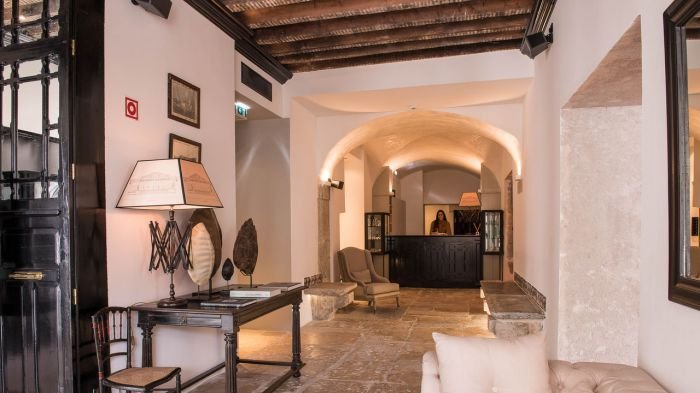