A report on the Movenpick Hotel, Bahrain

Home ⁄ Egypt ⁄ Rural tourism in Fayoum .. Your guide to a wonderful trip in the Egyptian countryside …
Share on
Facebook TwitterWhatsapp

Tourist places for children in Sharm El Sheikh .. Get to know them

Report on the Cleopatra Hotel Alexandria

Rural tourism in Fayoum..Dear tourist Fayoum is the ideal destination for nature lovers, where waterfalls, lakes, desert and springs so Arab travelers give you your guide to the most beautiful places in it.

“Tunis Village in Fayoum” .. the most beautiful tourist places in Fayoum .. 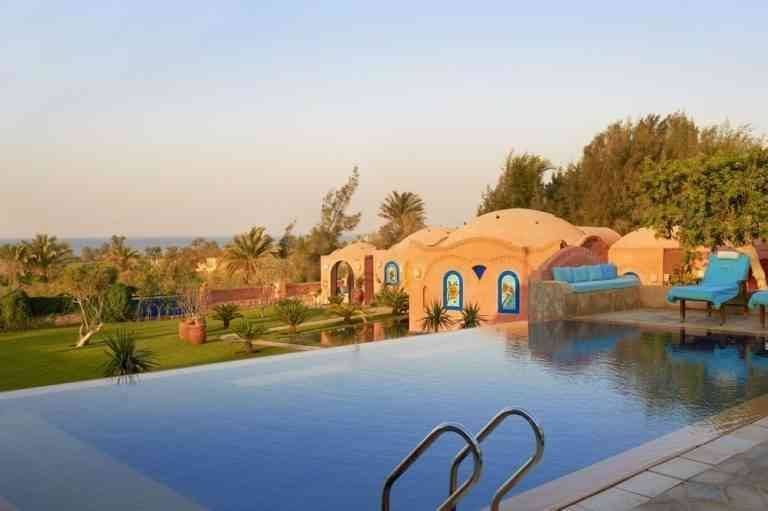 “Tunis Village in Fayoum” .. The most beautiful tourist places in Fayoum .. Traveling to Fayoum has a special pleasure when visiting the village of Tunis, where it is distinguished by its view of Lake Qarun, which is the most famous city of Fayoum, after it was just a simple rural village, it became a tourist rural village that receives many Of visitors every year because it is a natural painting expressing the beauty of the Egyptian countryside where the virgin nature is far from the noise, it is located above a high hill and many visitors go to it as it is the place of calm and creativity and the renewal of energy and the elimination of pressures and it is necessary to take a walk in it to see its clay houses The ceiling is trunks and roofs The shape of domes, as the house is surrounded by a mud-brick wall, so its weather is mild in summer and winter. Besides simple houses, there are villas for some Swiss, italyns, and celebrities, some of which are European-style buildings among the Egyptian countryside. The village is also famous for its manufacture of colored pottery. Among the important religious monuments in Fayoum is the “Qaitbay” mosque, which is a historical mosque that was established in the fifteenth century. You cannot miss breakfast in Fayoum from honey, pie, cheese, and the flags village. It is also one of the most important villages in Fayoum, and is famous for handicraft and craftsmanship. The beautiful also. Read: Tourist places in Cairo for families

Celine Park is the best tourist attraction in Fayoum. 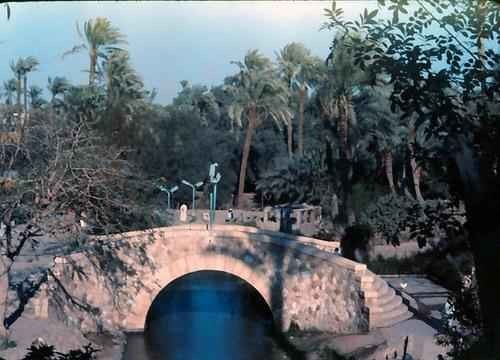 “Celine Park” is the best tourist attraction in Fayoum .. It is considered one of the most beautiful gardens in Fayoum and it is characterized by its beautiful green spaces along with a natural eye flowing through the water through natural wells and used in the treatment of diseases after and around it you will enjoy seeing the bathroom towers especially built of clay and pottery And it is characterized by its possession of wide green areas besides the water springs around which birds turn around so you cannot miss taking pictures of this beautiful view and also the old windmill and one of the most important tourist attractions in it is the souqs, as Fayoum is the governorate that possesses a certain type of waterway that is not found in the rest of the provinces However, it has a great importance in agriculture, so the slogan of the Fayoum governorate is characterized by a log of poems about 200 waterers.

Dear tourist, if you want to learn a lot about the art of making pottery and ceramics, you should go to the Petah Association, which is one of the best tourist places in Fayoum, which was created by a Swiss woman called “Evelyn” who was married to the poet “Sayed Hijab” and when she visited the village with him she admired her and decided to live the rest of her life With it and that for more than 45 years, she established this association to teach children the art of ceramics until she gained a great reputation and has an exhibition in which you can buy your needs from him and these products have been displayed in various European exhibitions and many tourists visit them including the international writer Dennis and even lived in the village for a while and admired her family and their morals Kha Of seeing them when they go to the mosque to perform the dawn prayers so that he embraced the Islamic religion and called himself “Wadoud” So you do not miss going to it also. Read: Tourist places in Alexandria …

Read:Best cheap restaurants in Giza, Egypt .. Get to know them 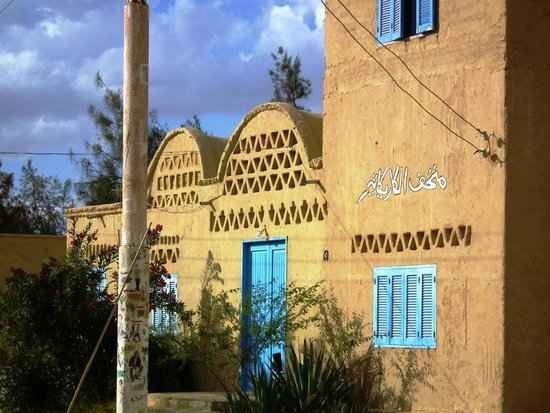 Tourist places in Fayoum .. “Comics Art Museum” .. Dear tourist, if you love art, the village has a comics museum for the artist Mohamed Abla, which is the first comics museum in the Middle East and includes a number of beautiful drawings of a group of artists such as Salah Jaheen and Hijazi. The museum organizes workshops Work and annual exhibitions, and for this reason, the village holds some artists such as the crown of a painter. The museum is located in the village of Tunis. It is a country of art and creativity. It contains the ingredients that make creativity calm, green and water, so its natural beauty inspires artists. In the development of skills of young people.

“Whale Valley” .. the most important tourist attractions in Fayoum .. 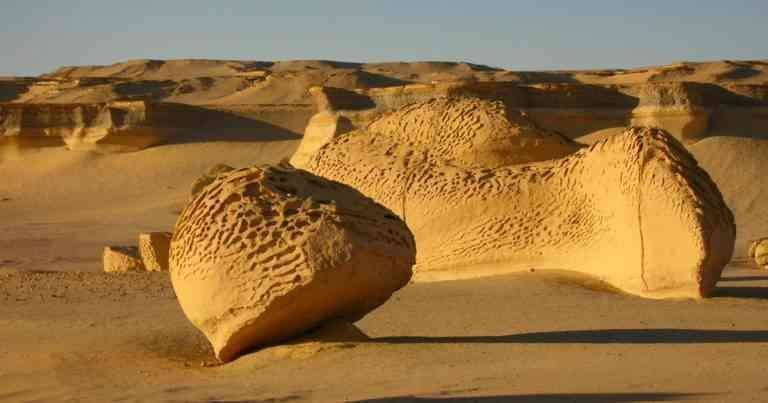 “Whale Valley” .. The most important landmarks of tourism in Fayoum .. It is one of the most beautiful natural reserves in Egypt and UNESCO included it to the list of world heritage sites among 130 protected areas in the world and therefore the state is interested in it and scientists are trying to preserve its nature so it predicts fines on who Fishing is carried out unjustly, the sanctuary is more than 40 million years old and named by this name due to the presence of whale structures in it. The reserve also offers visitors to present various information about fossil whales and the life of marine creatures in general in the past and its development during the ages, so do not miss it, dear tourist. Read also: Places Family stay up late in Ghardaa .. 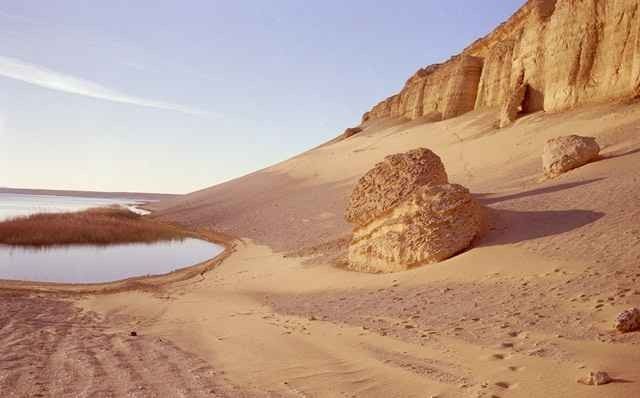 Rayan valley “The best tourist places in Fayoum .. It is one of the most famous tourist destinations in Fayoum. When traveling to Fayoum, it has to go to it. This region has been declared a natural reserve since 1989 AD and many Egyptians go to spend their holidays, especially university students and also Tourists go to it from everywhere because it has a number of tourist attractions, where it is characterized by its fine sand dunes and the abundance of natural eyes, so it has about 40 eyes and also fossils, and the most important thing that distinguishes the waterfalls that flow, creating a wonderful view to connect them between two lakes, as you have large quantities of fish, you should try fishing And t And with horses and camels besides going on a picnic with a boat to spend fun times, you can stand on the waterfalls and take pictures, but care must be taken in order not to slip as the plant life varies so the valley contains 16 different types of desert plants such as forks and pine trees in addition to the diversity in wild animals from Deer, foxes, and other animals and reptiles number up to 16 species. As for birds, some of them are endemic, migratory, and increase dramatically in the winter. Certainly, dear tourist, you will enjoy gathering birds around water. Do not forget to take pictures of these moments. To sand in the sand like the Pharaohs Rally. 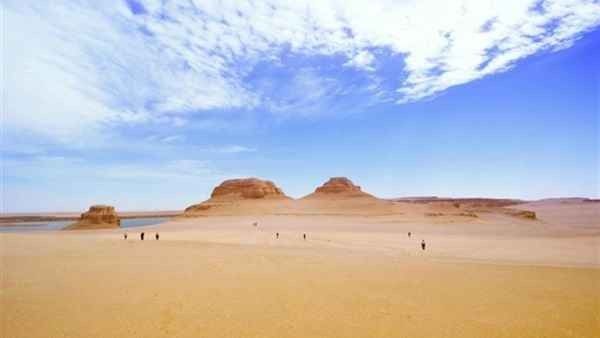 Tourist places in Fayoum .. “Mountain El Medawara” .. This mountain forms a wonderful panoramic plaque under the sky of Fayoum and is located within the Rayyan Valley sites and we advise you to visit it to see the mountain and the grooves are deep and if you are a fan of mountain climbing then it is the appropriate destination for that as there are near an area The Al-Ayoun Oasis contains a group of hills, which are called the Rayan Manakir Mountains, as well as therapeutic springs and desert plants such as Hurghada. Also read: Tourist sites in Sharm El Sheikh for families

Fayoum Desert .. The most important tourist places in Fayoum.

Fayoum is an oasis because the desert around it is everywhere except for its connection points to the Nile, so Fayoum possesses a vast desert that reaches 62% of its area, so you should visit it. It has beautiful mountains and hills worth seeing and taking pictures of memorials along with the geological formations of rocks in various wonderful forms as there are a number From the warm springs that many visitors go to for treatment of some diseases due to the presence of salts with an important group of natural elements and also sand and sunlight help in the treatment of skin and rheumatic diseases as there are a number of wild animals and desert plants so when you visit To it you will find many activities that you can do as therapeutic tourism and exercise of various sports such as skiing on sand and riding four-wheel drive vehicles and bicycles in addition to watching some archaeological sites dating back to before the appearance of man and also traces of the Pharaonic and Romen civilization and it is necessary to take a safari trip for it as you can spend The night is surrounded by nature. 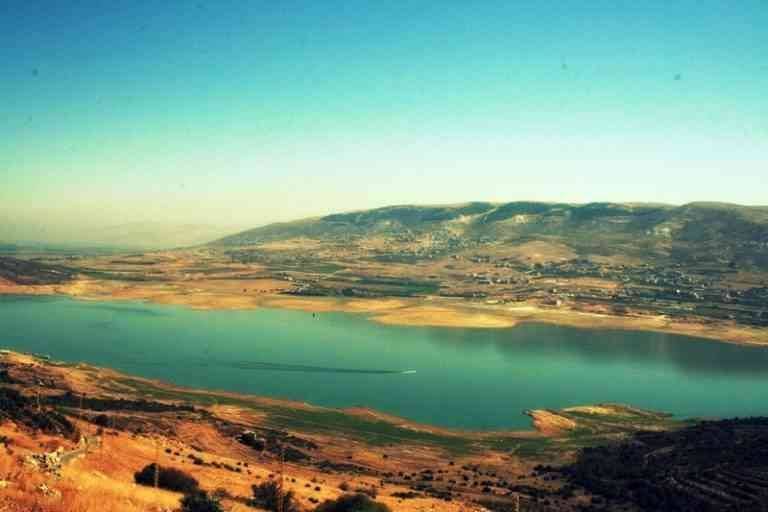 “Lake Qaraoun” .. The best tourist places in Fayoum .. It is one of the most important tourist attractions in Fayoum, it was declared as a nature reserve in 1989 AD and Fayoum has been linked historically with it since ancient times because of its great importance as it is one of the oldest natural lakes in the world and it is a phrase On the remaining part of a lake named in the past as “Morris” and enjoyed wide fame due to the presence of fossils in it dating back to millions of years as an animal similar to rhinos and called fayoum, elephants and hippos alongside fossils of the oldest monkeys in the world until now the lake has a great environmental diversity of plants and animals and is found near Including historical monuments and costume I left it to her, dear tourist. It is necessary to hike a boat and practice the hobby of fishing because there are different types of fish in it, such as green tilapia, mousses, mullet and shrimps.

Report on the elite hotel Orchid

Report on the Agadir Desert Hotel

Tourism in the Maldives

Questions to ask before booking your next trip

Top 4 activities when visiting the old town in Phuket, Thailand