There are strange customs and traditions around the world that will make you change your idea of ​​the customs of your country that you think are crazy and strange
But it cannot be compared to these habits that we will read in the next article.
You may find some of these habits suspicious, you may find some funny, and you may find others difficult to believe, but believe it or not.
All these habits are already happening in their countries, and all of them are strange.

Just seeing a spider anywhere in the world is enough for someone to panic and escape from the place, but not in Ukraine;
Spiders are very welcome in the Christmas season.
The reason for this is that the Ukrainians claim to bring good luck, and that tradition dates back to an ancient legend where it was saved
A handful of spiders feast a poor lady and her children by decorating a small hat with spider webs that they use as a Christmas tree
birth.
And to remember this miracle, the Ukrainians still decorate their trees with artificial spider webs to this day to obtain
Good luck and wealth for the next year. 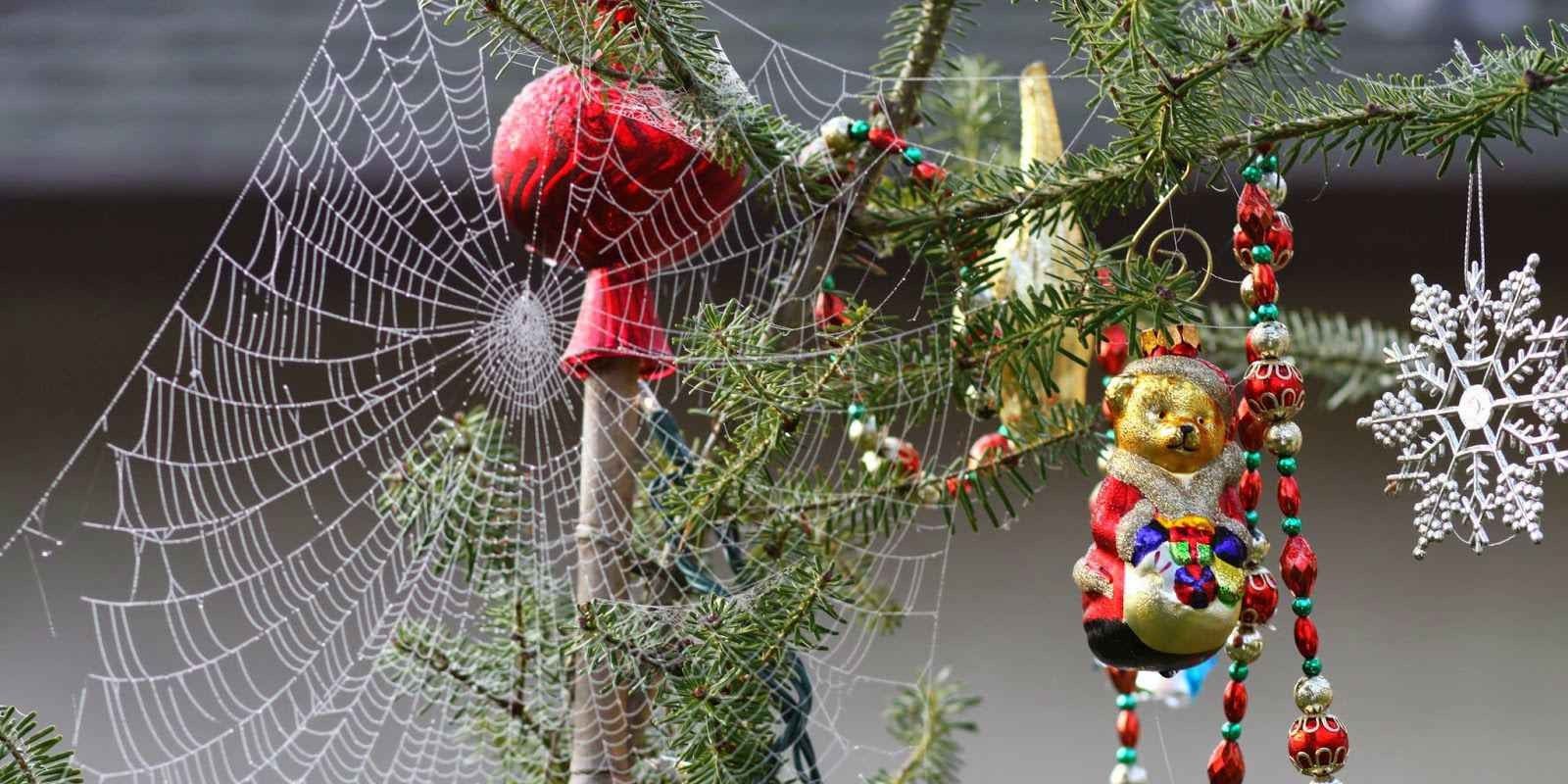 People all over the world celebrate the New Year in a festive and fun atmosphere in many exciting ways, including fireworks
And parties but by throwing old furniture from the window ?!
This tradition is very important and it has existed since ancient times in the Hilpro district of South Africa, where people throw their old furniture from the windows
When Christmas comes.
Of course, this tradition has become incredibly dangerous over the years, with several incidents that have claimed many lives
People because of this, as one of them once had a refrigerator on his head and immediately ended his life.
Police have begun monitoring the neighborhood with armored vehicles to ensure that furniture does not throw windows from New Year’s Eve
Gregorian! 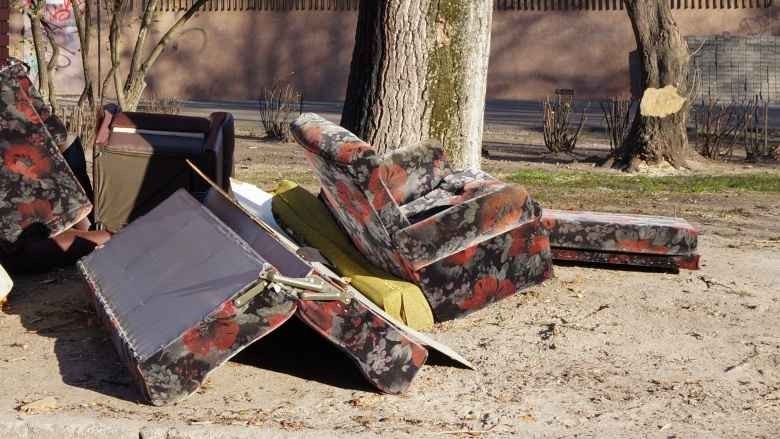 Although there are strange customs and traditions around the world, Spain has surpassed all these customs, as it hosts a village
The Spanish Castrillo de Murcia is an annual festival where parents baptize their newborn babies.
Some men wear robe like a devil and ghost masks and jump over children. This festival is known as El Colacho and is held
60 days after Easter each year.
During this festival, parents bring their newborn children and place them in rows on spaced elegant cushions
The men wear bright yellow clothes and scary masks, terrify all the attendees, and then jump over the ranks of the children!
This tradition dates back to the seventeenth century and no injuries or accidents have been reported to date. 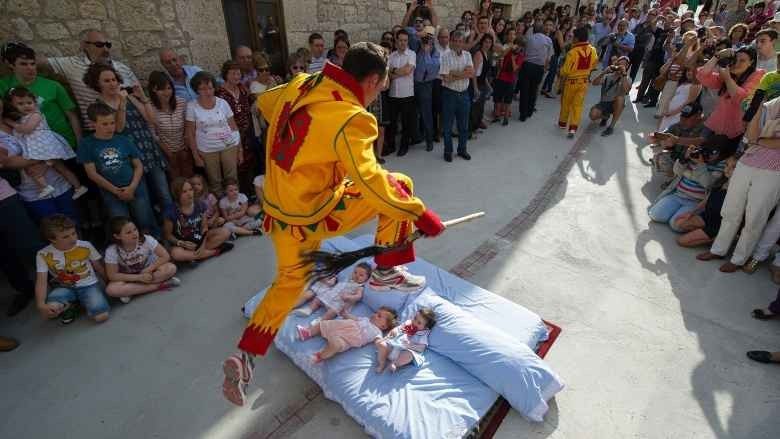 Spain Read also: Customs and traditions of the Netherlands ..

Greek citizens have a special and distinctive tradition when their children lose their teeth as they take teeth after they fall and put them on
On the roof of the house.
They believe this tradition helps children grow their teeth completely and healthy, but despite doing their best
Their efforts except that the traditions appear to have the opposite effect on their teeth;
According to a report issued by Reuters in 2015, Greek children have some of the worst dental diseases in Europe.
Reuters wrote that part of the reason behind this is linked to the economic crisis that the country has witnessed over the past few years.
During this crisis, eight percent of Greeks ignored the visit of dentists when problems arise in their teeth because it is an order
Very expensive. 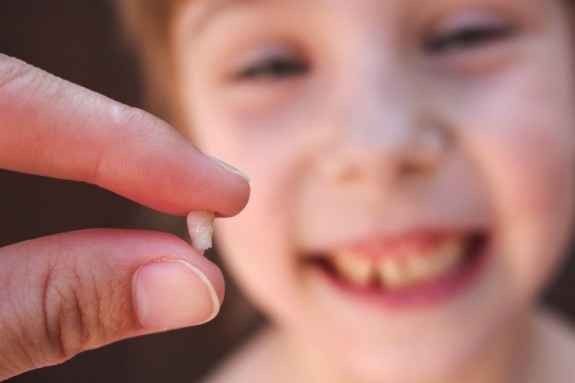 If you think putting your newborn in a cardboard box is crazy, you know nothing
About Finland!
Indeed, the country has celebrated this tradition for decades as the government hands over mothers a cardboard box for laying
Her newborn children are in it and this tradition aims to equalize all children in Finland regardless of their family
And sons of, all of them start an equal life in this way.
This tradition still dominates the country to this day and according to reports has led to a sharp drop in infant mortality in Finland!
Who knows, maybe we should all put our kids in cardboard boxes! 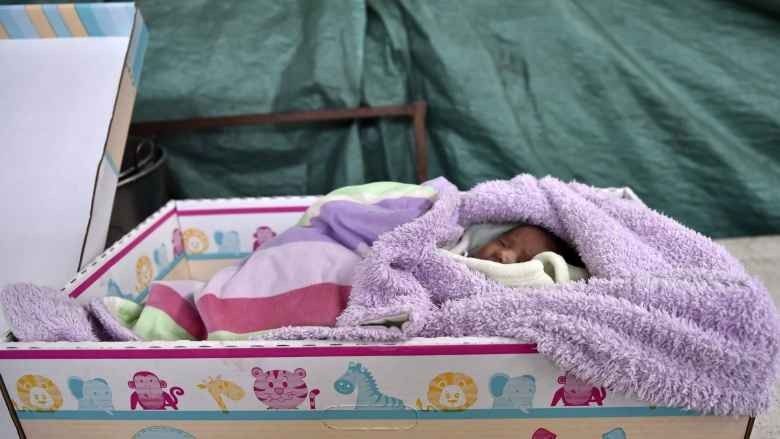