From the picturesque beaches to the high mountains, from the historical cities and intimate streets to the distinctive natural monuments, Albania possesses great tourism ingredients that attract visitors and drive them to discover this beautiful country. Follow with us the most prominent tourist sites in Albania and choose between them to be part of your trip during the new year …

Berat .. City of a thousand nets 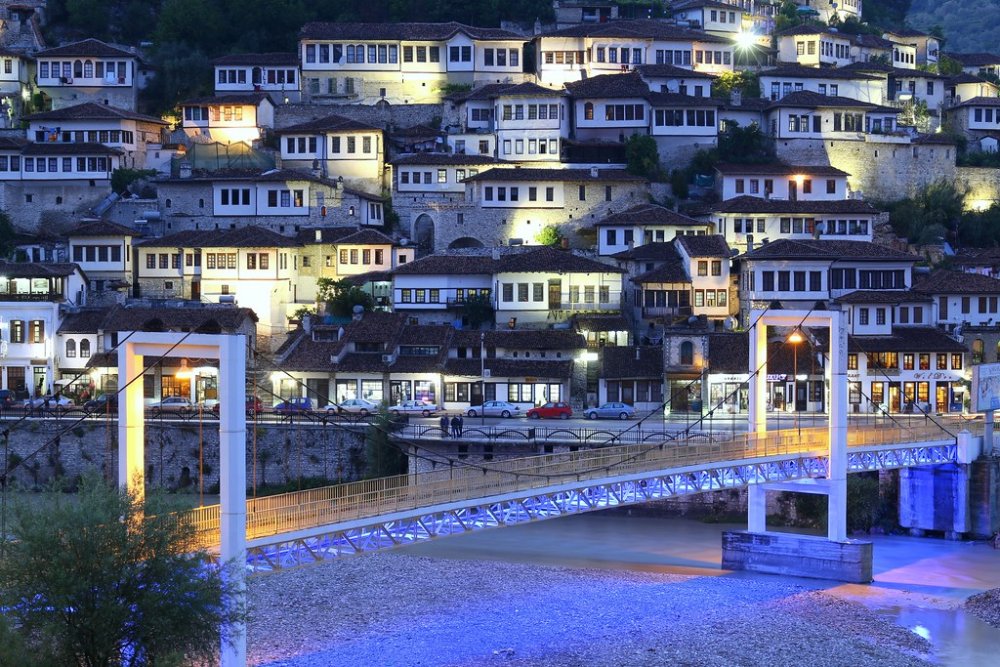 One of the most beautiful cities and tourist sites in Albania is the city of Berat, which is surrounded by plateaus and mountains and passes through the Osum River, which gives the city a picturesque character. Berat is also called “the city of a thousand nets” due to the close houses that overlook the city from the surrounding plateaus, and lovers of history and engineering will find what satisfies them in this city where there are a number of sites within the heritage of UNESCO. On Manglem Street, Sultan Mosque is located, and it is one of the oldest in the country. As for the Gorica Bridge, it is one of the oldest and most famous bridges in Albania. Also, the 13th-century Birat Castle must be housed with ancient mosques in addition to Byzantine cathedrals. 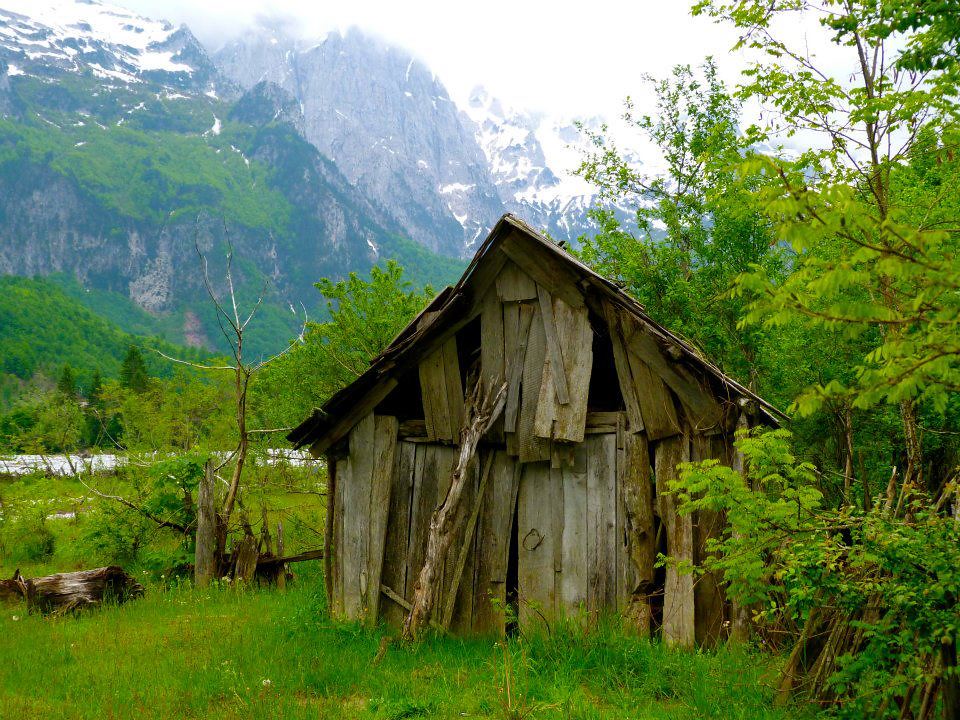 The Valbuna Parent has a distinctive natural park with a national park of the same name, located in the Tropoja region and considered one of the most beautiful natural and touristic places in Albania. Besides the unique plants and trees, the Valbona River in the valley passes a great distance and is a great location for fishing, swimming, kayak and other activities … After visiting the valley, you can visit Maskollata for dining or visit the many deserted houses in the nearby Gielaj area as well. 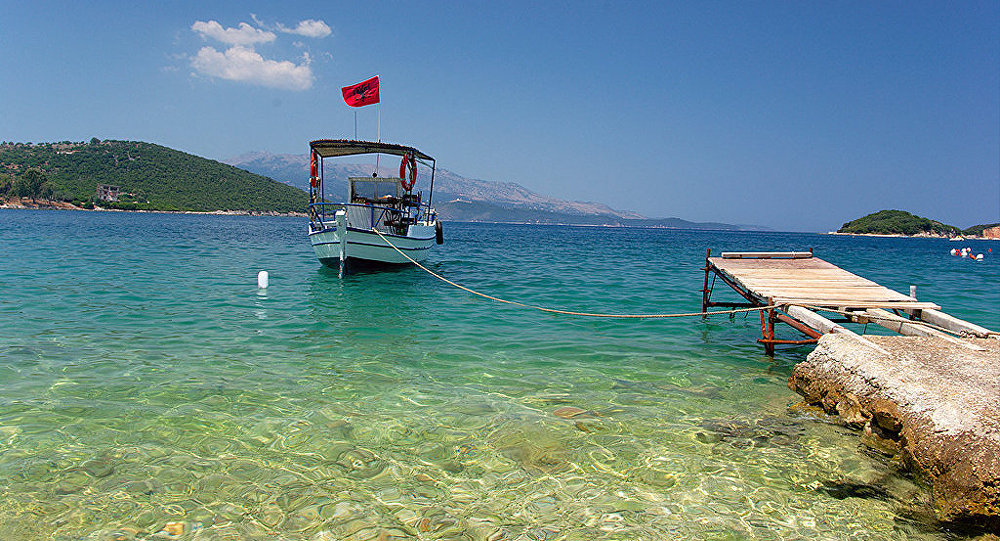 There is no doubt that this destination easily deserves its position among the most beautiful sites in Albania, especially because of its impressive beaches. Ksamil is part of the Albanian Riviera in the southern part of the country and it is a privileged summer destination .. The region includes many small bays, which means that whatever the number are, you will find your own quiet place if you want to get away from the crowds. You can also visit the small islands in Ksamel Bay. After that, taste traditional Albanian food in the restaurant located in the town close to the beaches. 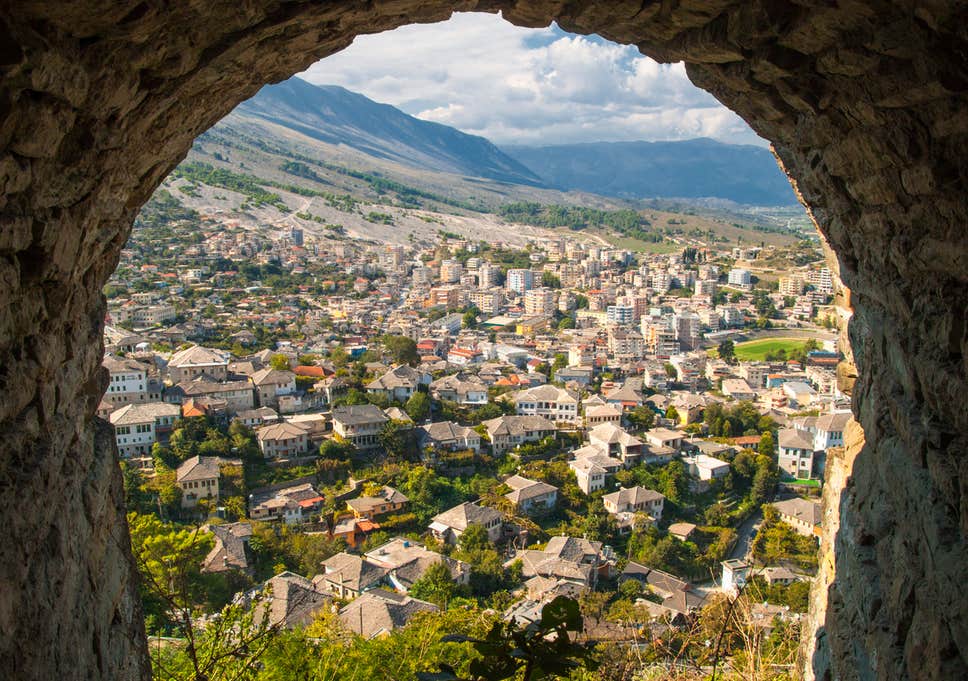 Albania is characterized by its ancient cities and many historical sites, the most prominent of which you can visit the historical city of Gjirokastër, which lies between the Drino River and the mountain of Gjere of the fourteenth century and formed part of the Byzantine Empire. The old part of the city is classified as a UNESCO World Heritage List, and it is a place where many old Ottoman engineering models abound .. One of the most prominent sites in the region is a castle bearing the name of the city, as it is necessary to see the old houses that include roofs of stone, which gave the city the title of “Stone City” … There are more than 500 houses in the city classified as cultural sites, especially Zekate and Skenduli, which are now two prominent museums in the city. 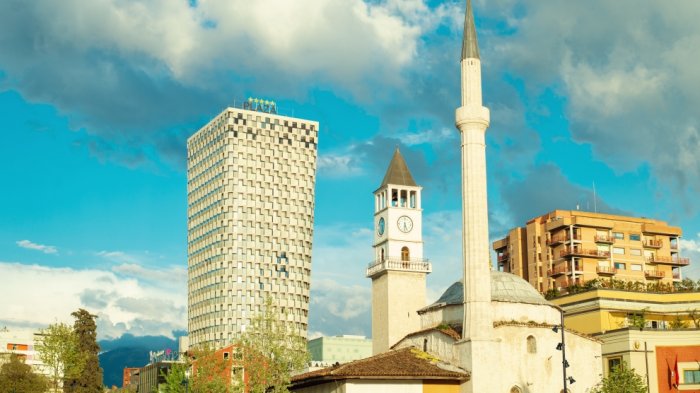 Albania combines the past and the present 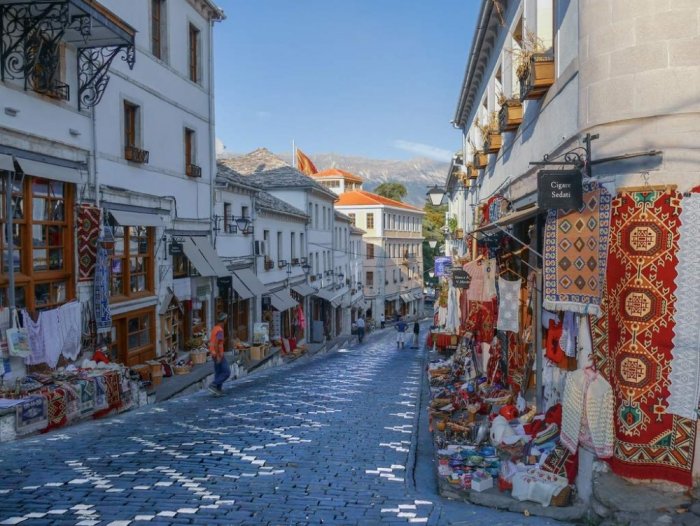 The streets of Gjirokaster 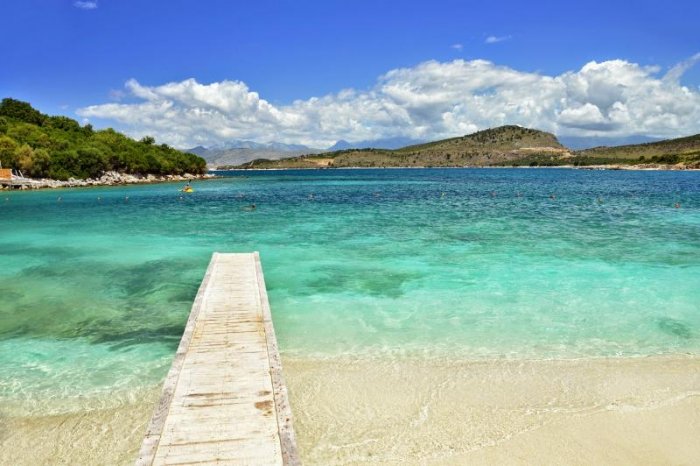 The beaches of Ksamil 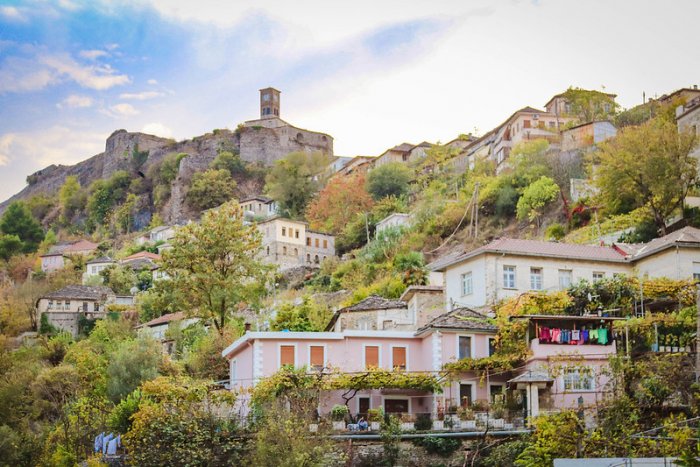 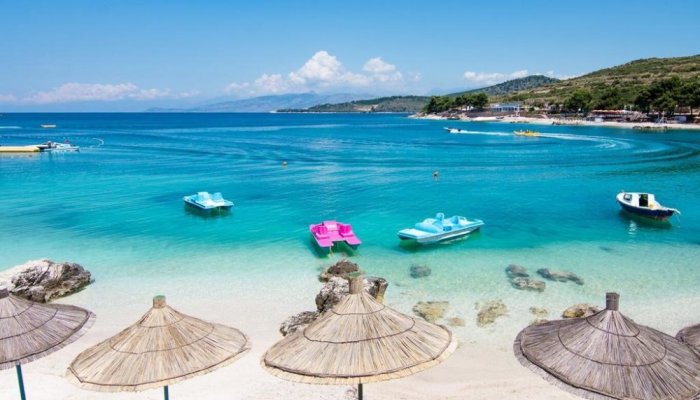 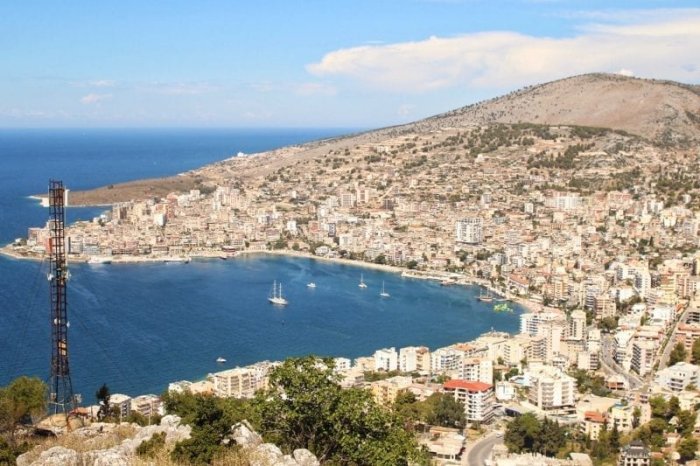 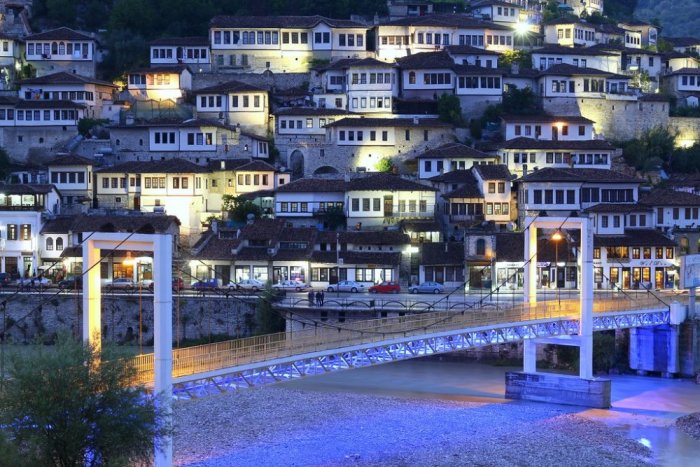 A scene from Berat 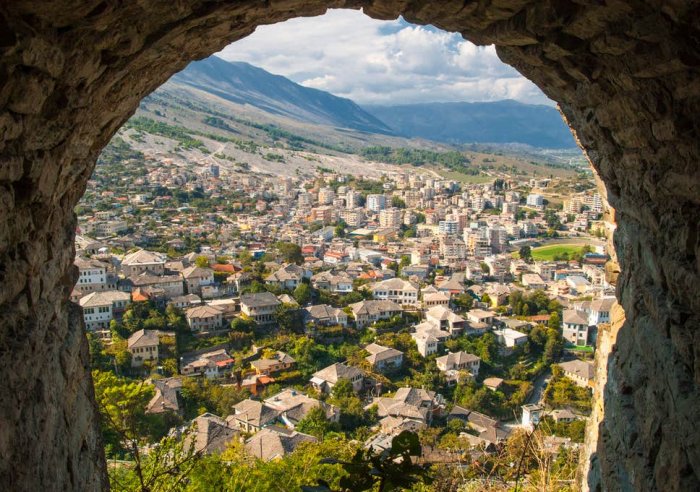 A scene from Gjirokaster 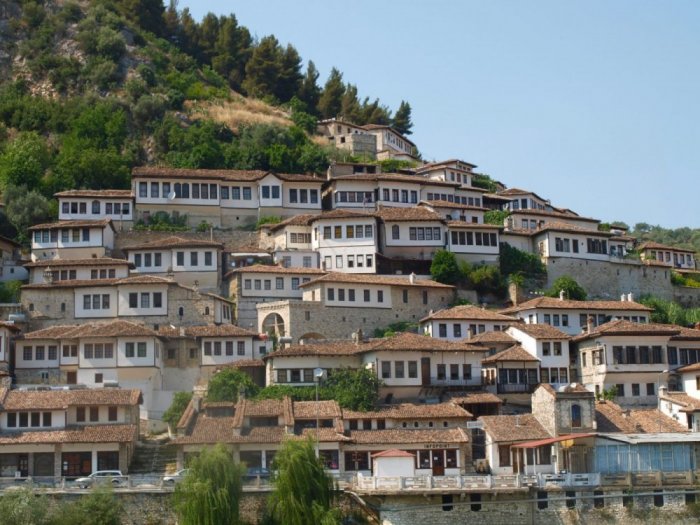 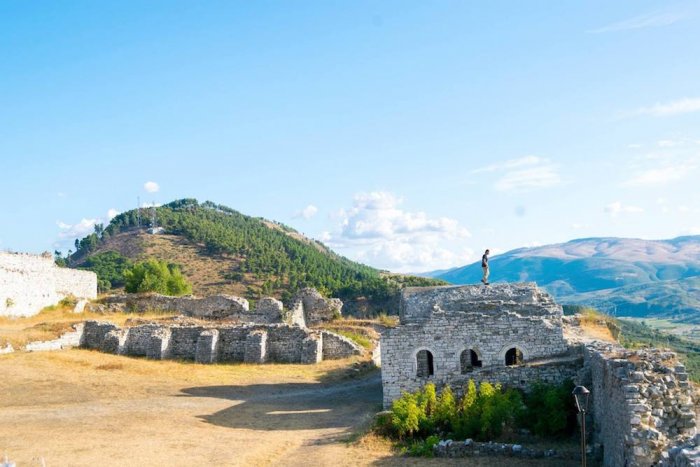 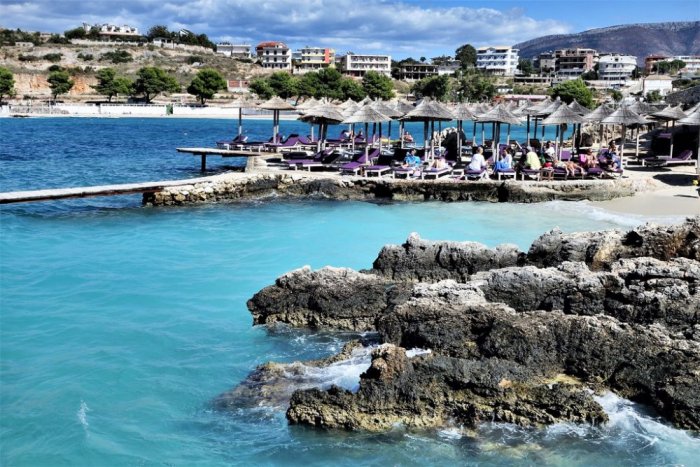 From the beaches of Ksamil 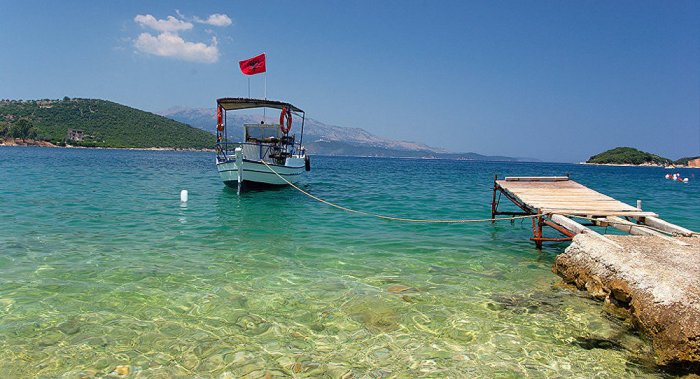 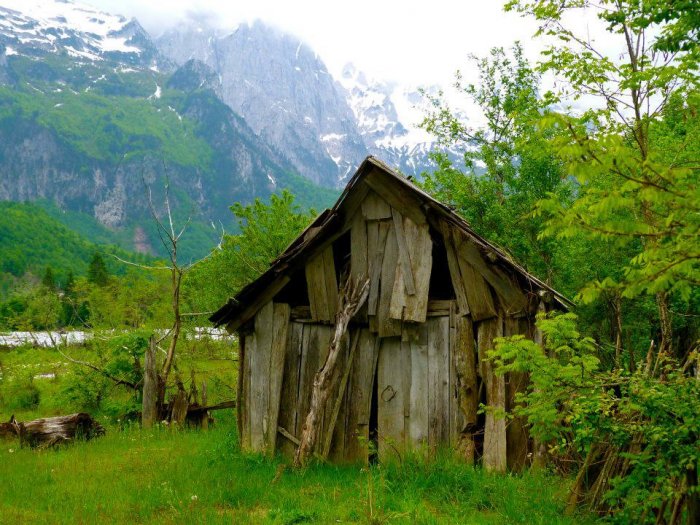 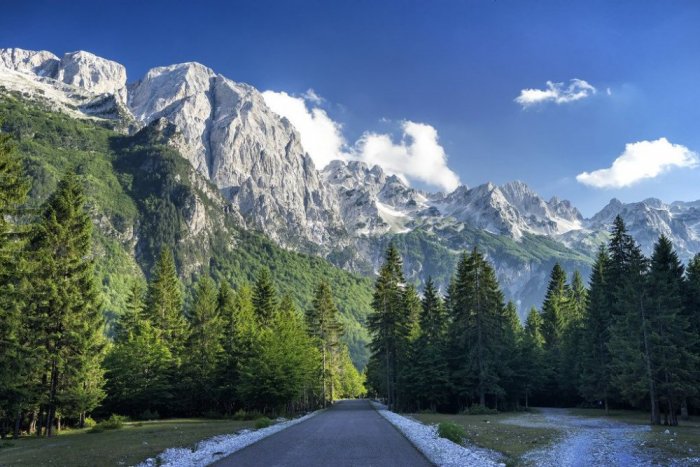