A report on the Amwaj Hotel Aqaba

Know the secrets of tourism in Bahrain

Report on the City Hotel Munich

The best 8 activities when you visit the Bizerte promenade

Tourism in Kairouan, Tunisia … and your guide to spend a special trip in the city of “mosques” ..

Tunisia is one of the countries of the Maghreb, located in North Africa, bordered by the Mediterranean and the Sahara, and its capital is the city of Tunis, which is located in the northeastern coast of the country.
The country is characterized by many tourist attractions in Tunisia, between natural attractions, beaches, and modern destinations, in addition to archaeological sites.
The country includes several museums that embrace archaeological exhibits from ancient times, through Romen mosaics, to various Islamic arts and antiquities.
The monuments in Tunisia are considered to be the most visited among its other tourist sites, due to the excellent ratings obtained from visitors to the country.

Tunisia is home to an impressive array of luxury hotels of various categories, which we have compiled for you in the guide to the best hotels of Tunisia .. Read more 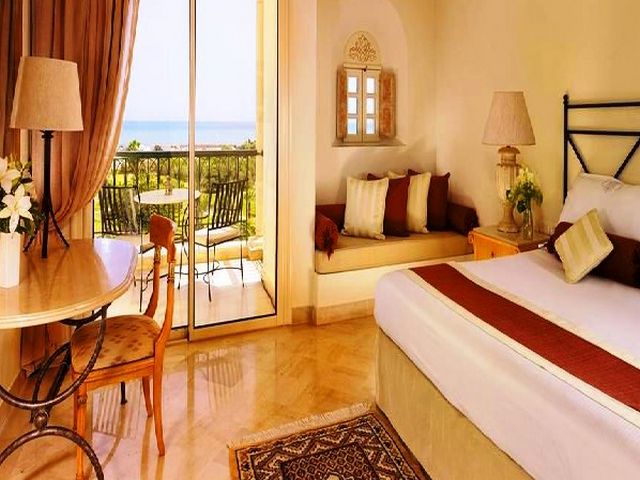 The best monuments in Tunisia

Tunisia is famous for many monuments dating back to different historical periods, and includes a number of cities that host several archaeological sites.
Among the most important monuments in Tunisia is what we will address in this report, which will help you in planning well for your next tourist trip to the country.

Read:Family places to stay in Tunisia … and your guide to spend a special time with your family …

When talking about Tunisia, it is necessary to pass over the city of Carthage, which is listed on the World Heritage List of UNESCO, and embraces many archaeological sites in green Tunisia .. Read more

The city of Hammamet is one of the most important archaeological sites in Tunisia, which are characterized by its walls, its ancient reeds, winding alleys, and its traditional markets .. Read more

Rabat Sousse is a historic castle built in the late 8th century AD, and it consists of two floors, balconies and impressive design galleries, which overlook the sea .. Read more

The town of Paula Regia

Paula Regia is a small town located near Jendouba, which many civilizations such as Berber, Punic, and Romenian, followed, and is famous for its Romen theater and many other monuments.
The town includes urban underground dwellings, mosaic floors with three-dimensional colors and shades, the first of their kind in North Africa.
It also includes buildings and churches dating back to the fourth century AD, the most prominent of which is the building of the upper class Romen domus with pottery vaults.

Read:Where is Tunisia located and the distances between the most important tourism cities in Tunisia?

The archaeological city of Daqqa is a Berber and Romen settlement in the northern governorate of Beja, and it is one of the archaeological areas in Tunisia classified as a World Heritage Site by UNESCO.
The current archaeological site covering nearly 65 hectares of land is considered the best preserved small Romen town in North Africa.

El-Jem Palace is an oval amphitheater located in the city of El-Jem in eastern Tunisia, and it has been classified as a UNESCO World Heritage Site since 1979.
The amphitheater was built in 238 AD and is one of the best preserved monuments in Tunisia dating back to the Romen era.
The estimated capacity of the runway is about 35,000 people, and it was built using huge stone blocks, and it is located on a flat ground that highlights its beauty and luxury.

The Mosque of Zaytuna is located in the old city of Tunis, and it is known as the Great Mosque, and it is one of the oldest and largest mosques in the capital, Tunis. It features a unique design and features worth visiting .. Read more

The ancient city of Utica

Utica, or the ancient city, is located in Bizerte, and is one of the oldest cities and Phoenician settlements located in the central plains of northern Tunisia.
The city was established as a port on the commercial road between Venice and the Atlantic Ocean, and its exact date of establishment ranges between the 12th and 8th centuries BC.
Civilizations over the city alternated, and excavations there resulted in two Pontin tombs and Romen ruins, including baths and a mosaic villa.

Kerkouane is a site of an ancient Punic town in northeastern Tunisia, near Cape Bon, and dates back to the seventh century BC.
The city is considered one of the most important monuments in Tunisia, which is listed on the UNESCO list of World Heritage Sites, and its excavations have revealed relics and coins from the fourth and third centuries BC.
Many of the walls, columns, and colored clay on their façades are still visible, and they include small portions of the simple mosaic layers.

Chimto was an ancient barbarian Romen town northwest of Tunis, near the Algerian border, and was established between the fourth and fifth centuries BC as a colony of the barbaric kingdom of Numidia.
The town was located at the crossroads of two main roads during the Romen era, and is famous for its castles made of yellow marble, which is the most beautiful type of Romen marble.

5 of the best Jeddah hotels for grooms recommended 2022

Report on the Ritz London

Learn the most beautiful tourist places in the city of Gabes

Report on the Dar Djerba Hotel

The best 6 places in Tabarka, Tunisia

The 3 best activities in the eye of Orlando America

Hotels in the heart of nature feel like in paradise