The 10 best mountains of Turkey are recommended to visit

The presence of mountains anywhere helps to greatly enhance its aesthetics, and it is noticeable that visitors to the mountains and hill stations in the world are increasing, especially Turkey, which God loved by the amazing and varied nature, as the country boasts many mountains and mountainous areas that are worth a visit, and the mountains of Turkey are considered different The purpose of her visit, from skiing enthusiasts to enthusiasts of climbing and adventure, is one of the tourist attractions in Turkey that enjoys wide popularity worldwide.
Turkey embraces a large number of diverse mountains, some of which are covered in snow, including what is covered with greenery and tall pine trees, as well as a number of volcanic mountains, and mountain tourism in the country is growing with the passage of years, and visitors to this type of tourism in Turkey come from all over the world .

Turkey pays special attention to accommodation and its diversity to serve tourists, and we have brought to you the most prominent of them in our report, Turkey’s Best Hotels .. Read more 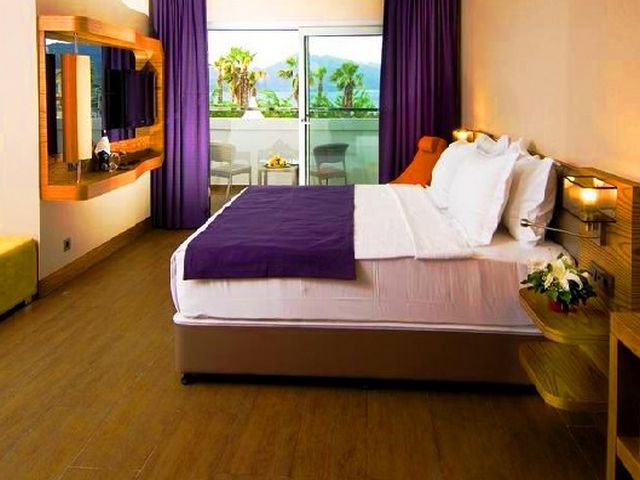 The most beautiful mountains of Turkey

One look at a topographical map of Turkey reveals that this mountain country rises from the four directions, and the mountainous regions with different geological formations, and most of the mountains and forests in Turkey are not developed, as they exist as wonderful natural reserves for an unusual variety of wildlife for plants and animals, let’s get acquainted with The most beautiful mountains of Turkey with some information about each.

Ararat is a composite volcanic mountain covered with snow located in the far east of Turkey, and it consists of two major volcanic cones, major ararat, and smaller ararat, and the largest ararat is the highest peak in Turkey and the Armenian plateau with a height of 5,137 meters, and its width at the ground base is about 35 km The first ascent of his summit was in 1829 AD, and it is believed that he was the anchorage of the ship Noah, peace be upon him.
Ararat Mountain is considered to be a multi-phase complex mountain in Turkey, and is located specifically in the eastern Anatolia region, between Agri and Agadir.

Bozdag Mountain is located in the heart of Bozdag Village, located in the east of Izmir, and it is considered one of the most important skiing destinations in the country .. Read more

The Taurus Mountains are a mountain range located in southern Turkey, and separates the Mediterranean coastal region of southern Turkey from the Central Anatolian Plateau. The chain extends along a curve from Lake Egirdir in the west to the upper reaches of the Tigris and Euphrates rivers in the east. The series has the most beautiful scenery. Some waterfalls, underground rivers and some of the largest caves in Asia.
In addition to hiking and climbing, which can be practiced in the Taurus Mountains, there are ski resorts in the surrounding areas.

Mount Kartbeh is located in the resort town of Sapanca, and it is considered one of the distinctive heights of skiing, and it includes a cable car that reaches its summit with its slopes .. Read more

Mount Nemrut is considered one of the most famous mountains in Turkey due to its historical importance, as the mountain includes many archaeological tombs, including the royal cemetery that dates back to the first century B.C. It has been declared as a World Heritage site by UNESCO, and tourists usually visit it during the period what happened Between April and October.
Mount Nemrut is 2,134 meters high and is located in southeastern Turkey. Its summit includes statues and sculptures, some of which reach 9 meters in length.

The ancient name of Mount Sibelius was Jabal Sabil, at a height of 1,513 meters. It is a mountain rich in legends and historical stories. It is located in Manisa Province, Turkey, on the road between Izmir and Manisa specifically, and the block adjacent to Yamanlar Mountain, which overlooks Izmir Bay, is considered an extension of it, and includes a statue Some of the rock formations, one of which is called the crying rock, are visited by many tourists from the region.
There is a wild forest in Mount Sibelius, and a beautiful area that includes wild lily, which is one of the favorite mountains for camping and for those who love to walk between the mountains.

Uludag Mountain, or Big Mountain, is located in Bursa, Turkey, and is considered the highest peak in the Marmara region and western Anatolia .. Read more

Mount Tahteli, also known as Olympus Lyci, is located near the Kemer region in Antalya, which is the highest mountain in the pedalgary national coastal park, and visitors can climb to its summit using the Olympus cable car, which is one of the longest types of air trams, with a length of 4,350 meters, which contains On two cabins, each holds 80 people, and reaches the top in 10 minutes thanks to its motor.
It is worth noting that Mount Tahtli is one of the most popular places in the Kemer region, as it provides panoramic coastal scenes.

The Cagran Mountain is considered one of the natural destinations of Risa, with a height of 2000 meters, and is distinguished by its greenness in the spring and summer seasons and therefore it is one of the most wonderful mountains of Turkey .. Read more

Mount Hassan, is an inactive volcanic mountain, located in Aksaray Province of Turkey, with a height of 3,268 meters, and it is classified as the second highest mountain in the center of Anatolia and one of the most beautiful mountains in Turkey, and its summit includes a volcanic lake with a width of 5 kilometers, formed around 7500 BC. In a eruption recorded in Neolithic paintings, the second from the south was a Byzantine lighthouse system used to warn the Byzantine capital against incursions during wars.
It takes 6 hours to walk to the top of the mountain from the highest point that can be reached by car, and the summit provides a wonderful view of the Central Anatolian Plateau and Cappadocia.

The best 7 activities in the Bouânania school in Meknes

The 7 best beaches in Tabuk are recommended to visit