The 10 best places to visit in Pula, Croatia

Pula is the largest city in the Croatian province of Istria, and the eighth largest city in the country, located at the southern end of the Istria peninsula, and is famous for many ancient Roman buildings, the most famous of which is Pula Square, and one of the best preserved Roman terraces, along with its beautiful sea and wonderful nature, and the city has a tradition Long in fishing and shipbuilding, Bula Croatia has been the administrative center of Istria County since the ancient Roman times until 1991 AD.
The city is located on seven hills within the interior of a broad bay and a natural port, and it is protected from the north by the alpine chain and some internal highlands, and its climate is semi-tropical humid, and the diversity that Pula enjoys has spread among the tourist cities of Croatia

Most of the tourists visit Croatia Pula in the summer months, besides the Roman ruins that are preserved in an excellent way, the natural beauty of the Pula countryside and the turquoise Adriatic beaches make the city a famous international summer tourist destination.
In this article, we will talk about Pula’s most important and beautiful monuments, parks, nature reserves and modern sites worth visiting.

Arena Paula is the sixth largest well-preserved Roman stadium, with many impressive caves located below it, once a month there are representative wrestling fights, along with Paula festivals for summer movies and concerts by major artists such as Pavarotti and Bocelli, and the stadium can seat more than 12,500 people.

Augustus Temple is a well-preserved Roman temple in Pula, Croatia and is dedicated to the First Roman Emperor Augustus, and it was probably built during the life of the Emperor sometime between 27 BC and his death in 14 AD, on a stylized platform with a quadrilateral pier consisting of Corinthian columns It is 14 meters high and is one of the best full Roman ruins outside Italy.
The temple was part of a trinity of three temples, and was converted into a church during the Byzantine era, and was later used as a silo.

The Brioni Islands Reserve is a group of fourteen small islands in the Croatian part of the northern Adriatic Sea, a jewel close to the charming Pula Croatia, has been visited by many world leaders because it was the summer residence of Josef Broz Tito, a revolutionary Croatian, and includes alongside the wonderful nature, Some Roman villas and temples are buried between agricultural fields.
Islands include some wildlife and plant species that are considered to be endangered species.

The Arch of Sergey is the ancient Roman triumphal arch located in Pula, a memorial to three brothers of the Sergei family, Lucius, Sergius and Lepidus, and the approximate date of construction of the arch is between 29 and 27 BC, and was held to celebrate the victory in the Battle of Actium as the inscriptions in it include It was originally a city gate.
The arch was built with pairs of winged Corinthian columns, and the façade overlooking the city is decorated with many Hellenistic motifs.

The mosaic of Dirk’s punishment near the church of St. Mary Formosa after World War II was found during the removal of the debris of the bombing, in an ancient Roman house on Sergei Street. The magnificent mosaic is divided into two parts, and the legendary theme of punishing Dirk is very rare.
The mosaic completely covered the floor of the central room of the house.

Monte Zaro Park was and still is the largest park in the Pula Croatia with a wonderful nature, and it was established under a hill that includes the Hydrographic Institute that includes the Astronomical Observatory. The park has been cultivated regularly and accurately over ten years, with pedestrian paths covering a tenth of its area.
The composition of the garden is completely symmetrical, with its main axis being the line that connects it to the astronomical observatory, which consists of stairs with a fountain in the middle. 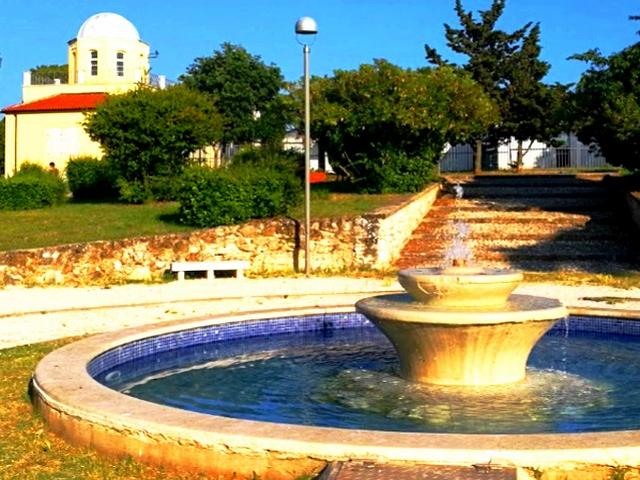 The portal of Hercules is of a modest architectural style, located in the city of Pula Croatia between two medieval towers, and it was built of un engraved stone blocks, and at the top of it is the head of Hercules with a clear beard and curled hair, despite the difficulty of identifying the sculpted form.
Some important portal inscriptions were damaged, which bore the names of the Romanian officials entrusted with the duty to establish a Roman colony in Pula.

The Pula Aquarium is located within the 130-year-old Ferodela Fortress, which was part of the Pula Fortress and is now inhabited by hundreds of species of marine creatures of the northern and southern parts of the Adriatic Sea, alongside fishes of lakes and Croatian rivers.
In the aquarium, the richness of the Adriatic and other aquatic life is uniquely combined with the military history of the Pula Tunnels and Trench.

The Pula Canyon is one of the most beautiful natural attractions. It is located on the Verodela Peninsula from Pula. The valley is characterized by steep slopes of up to 17 meters, and is very popular among visitors who love adventure and excitement.
Close to the valley is an interesting cave, and the waters where the valley ends are very popular with fans of scuba diving and snorkelling.

Pula Adventure Park tops the list of the city’s exciting attractions, as the park contains 30 exciting and fun sites for young and old, including climbing ropes, balance on moving bridges, along with an air ramp for fans of air rides, which reaches a length of 80 meters.
The park’s sites range in levels of difficulty and altitude, and it is a preferred destination for families, and is suitable for children aged 4 years and over. 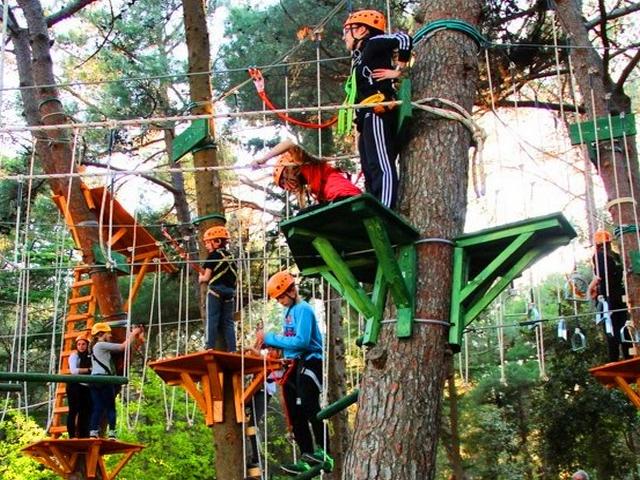 The 7 best activities in I City Selangor

The best 7 activities when visiting Mount Merkur in Baden-Baden