The 10 best tourist destinations in Petra are worth a visit

Petra is a Jordanian city and archaeological site located on the list of UNESCO World Heritage sites along with the list of the Seven Wonders of the World. The city and its archaeological sites are surprising and impressive to the extent that they are one of the most popular tourist attractions in Jordan and attractive to tourist visits.
So, during the article, we present to you the most famous tourist attractions in Petra and the most important 10 places of tourism in Petra are the most popular and visited by tourists. 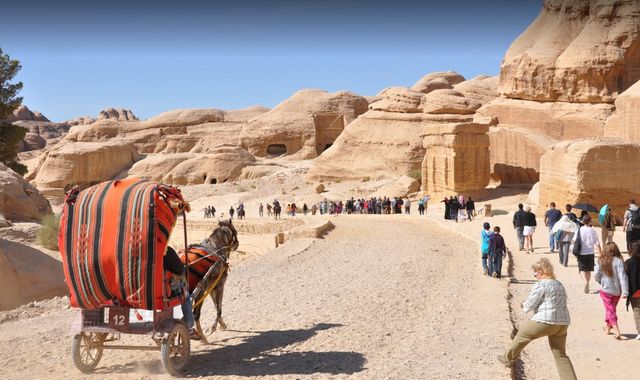 The ancient city of Petra in Jordan includes a number of the best luxury hotels in Jordan with world-famous chains, which offer their hotel services at several levels that satisfy all tastes and suit different possibilities. Perhaps one of the best hotels in Petra is what you will find through this report .. Read more 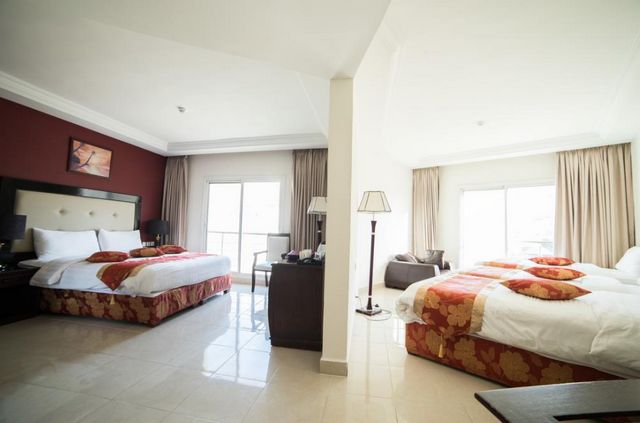 Petra owns a number of the most famous sites and rock and stone buildings around the world, which tourists come to visit from everywhere in the world, such as:

One of the greatest tourist attractions in ancient Petra, it is a huge rock slit up to 80 meters in height, covered in a variety of different rock colored geological formations.
The importance of Al-Siq tourism comes alongside the greatness and beauty of its impressive formation in being the entrance to the great ancient city of Petra and the only access path to it. The crossing is carried out by walking, horse riding, camels or horse-drawn carriages .. Read more 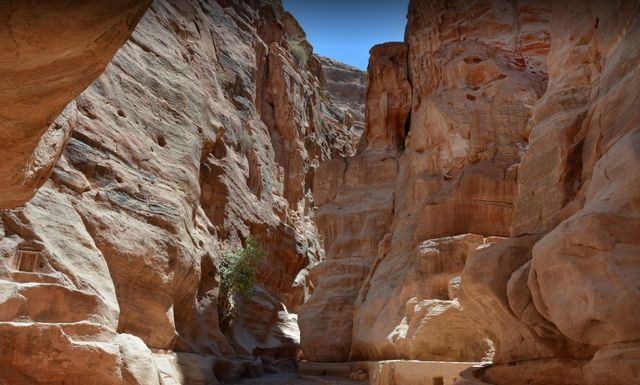 It is one of the tourism sites in Petra that attracts attention, as it is the first thing that a tourist passes through the city after crossing the Siq, which is a rock structure of very luxury, accuracy and beauty carved in the mountains dating back to the era of the Nabataean Kingdom specifically the first century AD, where it was carved as a cemetery for one of their kings to become now An important tourist attraction in the city.
The cabinet is 43 meters high and 30 meters wide and is constructed of pink stones that give light reflections in breathtaking colors when sunlight falls on them. 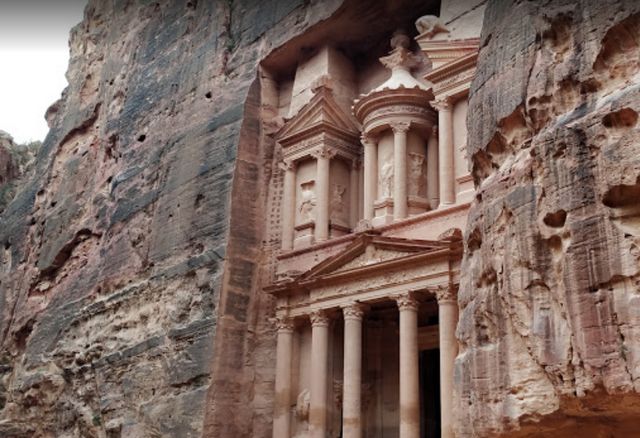 The most famous monuments of Petra that attract the attention of tourists to visit it from all over the world.
The baptized street is a paved street lined with giant carved columns located south of Petra on the way to the antique market, dating back to the third century BC where the era of the Nabataean and Romans rebuilt.
The street of commercial importance in the city continued until the sixth century AD, where 3 Byzantine churches were built in the north. 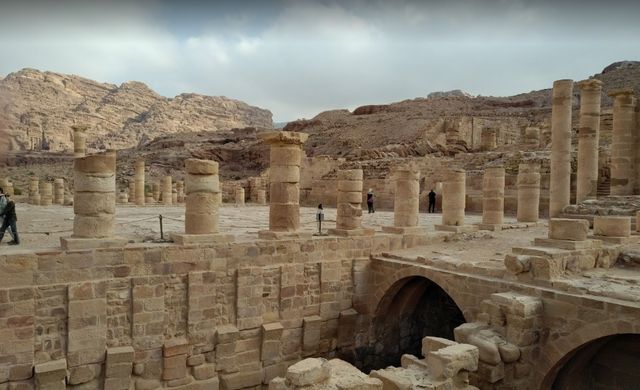 One of the most important landmarks in Petra, the largest and the most different, the largest building of its kind in the city is one of the few that was built and not carved into the rock.
The temple dates back to the era of the Nabataean Kingdom in the first century AD and enjoys a vast area exceeding 7500 square meters and a height of up to 19 meters and an extension of 25 meters south of the baptized street.
The temple consists of an entrance connected to the street, with a sacred square next to it, with two semicircular buildings, then broad stone steps leading to the Holy of Holies. 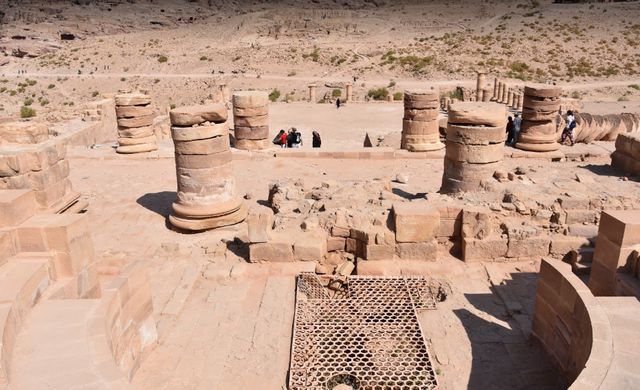 One of the most important tourist attractions in Petra is recommended to visit to learn about the history of the city and its ancient heritage, and they are in fact two museums: the Archaeological Museum and the Nabatean Museum, located in the vicinity of the Byzantine Monastery. 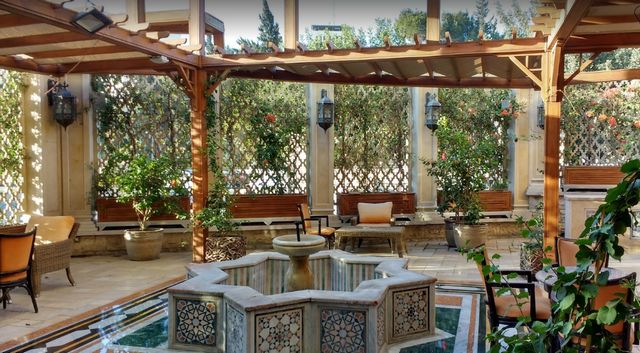 One of the most famous tourist places in Petra that tourists go through when they visit it, which is a monastery carved in rock with wonderful artistic forms above the high hill that passes through it through a stairway with a number of degrees of 800 degrees.
The ascent to the Byzantine Monastery in Petra represents a wonderful opportunity to enjoy a panoramic view of the city’s impressive beauty. 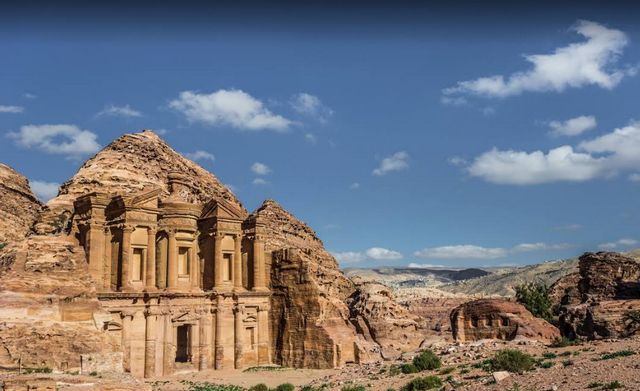 After passing through the treasury and then the Roman theater with terraces, which can accommodate about 3 thousand spectators, on the left side there is a high hillock that you can climb by climbing hundreds of stone steps until reaching the altar, that is the majestic and scary rock structure complicated by the structure where the offerings were made in ancient times.
The myths of the building are still popular to this day among the local residents of Petra, especially the Bedouins, where offerings and sacrifices are still offered in the same place and in the same manner. 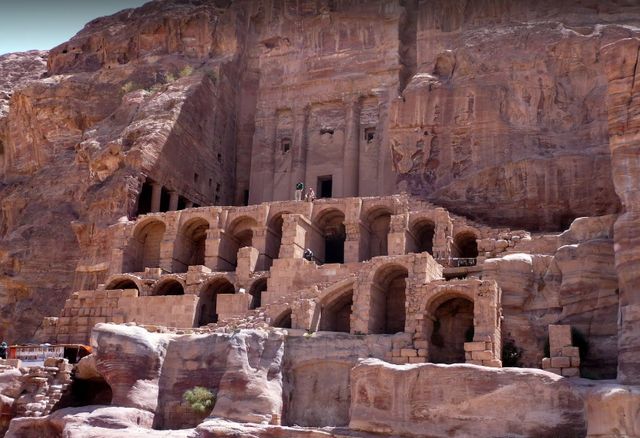 Among the monuments of Petra, surprising, impressive, and attractive to tourists, adventure enthusiasts, and one of the most important tourist attractions in Petra, which is also one of the sites that enjoy high sanctity.
By climbing a tall mountain that cannot be climbed and reached its summit in another way, it reaches the shrine of the Prophet of God Harun, established by the Sultan of the Mamluks, Nasser Muhammad, in honor of the Holy Prophet. 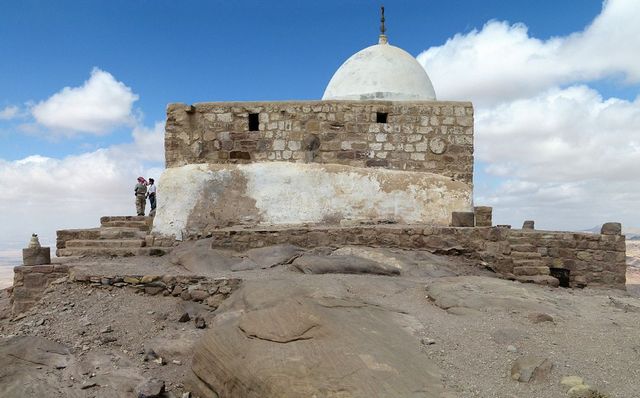 One of the most important tourist attractions in Petra is greatly affected by the architecture and engineering of ancient Egyptian civilization. The building is a royal cemetery on the top of a hill as indicated by the intricate carvings on it, topped by 4 majestic obelisks, whose numbers may indicate the number of bodies included in the cemetery.
The whole building is built of sandstone and is 250 meters from the entrance to Petra. You can pass through the building and the hill and enjoy watching it in the presence of a local guide, while taking the most amazing pictures. 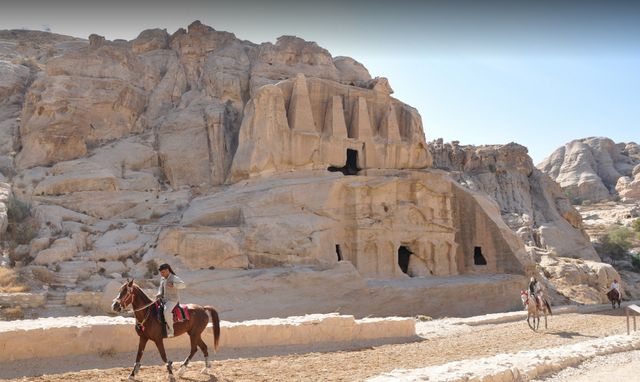 It is a city located on the outskirts of Petra just before the Siq, and some places it within the city limits so you can consider it one of the best places of tourism in Petra, and Wadi Musa is distinguished by its inclusion of a group of the finest hotels that tourists live when they visit Petra with some natural attractions.
Wadi Musa is also famous for its traditional stalls set up by residents of the city to sell souvenirs of colored ceramic, clay and glass vessels with handcrafted women’s jewelry for tourists and city visitors. 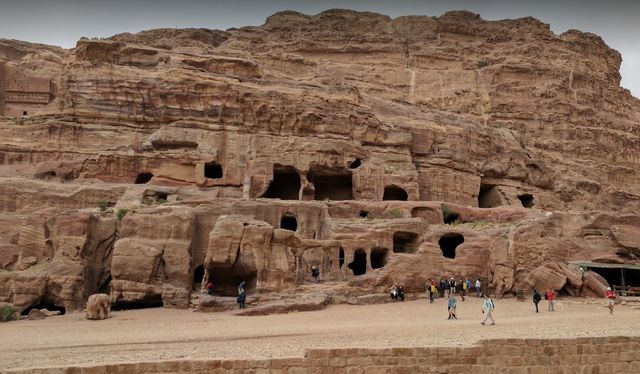 The 4 best activities at the Royal Opera House