The old city of Baku is considered the historical center of the Azerbaijani capital, and the oldest part of it, known as the Walled City, because it is surrounded by ancient walls that have been well preserved, and in 2000 AD the old city of Baku, including the Shirvanshahiye Palace and Virgo, became the first site of tourism in Historic Azerbaijan as a UNESCO World Heritage site.
The old city has been divided into several sides, which were social divisions, where some neighborhoods are known as the neighborhood mosque, others are called an important landmark and so on, and currently includes 10 main neighborhoods, and the most important other famous landmarks of the city are the local library, Hagensky Palace, also known In the name of the Palace of Charles de Gaulle because he resided in it during the Second World War, and it is one of the important tourist places in Baku.

Baku includes many luxury Azerbaijan hotels, which we have collected for you in our detailed report of the best Baku hotels .. Read more 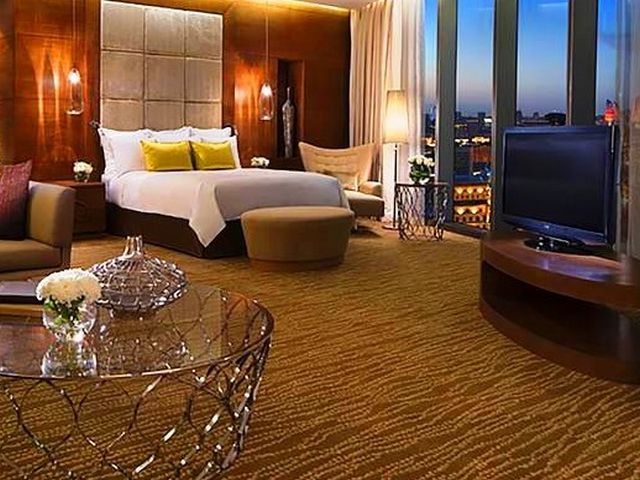 The history of the ancient city of Baku dates back to the Stone Age, and archaeological excavations belonging to a large number of peoples who have settled in it for different periods of time have been discovered, making it one of the ancient cities of cultural diversity. The walled city of Baku or Ishri Shehir, which literally means the inner city, is located on The southern coast of the Absheron Peninsula is on the western edge of the Caspian Sea.
We have dedicated this article to talk about the ancient city of Baku, Azerbaijan, and the most important tourist sites worth visiting in its diversity.

The Shrewanshani Palace in Baku

The Shrewanshani Palace is one of the distinctive places of the ancient city in Baku, and it is an architectural masterpiece that tells the story of the city and the country .. Read more

The Maiden’s Tower is located in Baku’s Old City, and is a monumental, cylindrical monument built in the 12th century .. Read more

The Bab al-Haiba Mosque in Baku is one of the mosques of the Old City, whose exterior structure was rebuilt in the nineties of the last century, to simulate the architectural style of the mosque built by the Sharouanshani in the 13th century AD, which had the same name .. Read more

Serail of Happiness in Baku

One of the most beautiful buildings of the ancient city, which was built in the beginning of the twentieth century AD .. Read more

Hammam Haji Qayeb is an ancient building located opposite the Virgo, and its construction dates back to the 15th century .. Read more

Located in Baku in the town of Surakhani, the Temple of Fire is 20 km from the Old City, and it is a castle-like building that includes impressive Persian inscriptions .. Read more

The Museum of the Beit Waqif Mustafa Zadeh is a memorial museum for the Azerbaijani pianist and jazz musician Waqif Mustafa Zada. It was established in 1989, and five years later, it became one of the branches of the Azerbaijan State Museum of Musical Culture. The museum consists of three rooms containing 1214 artifacts, including These are some pictures, posters, gramophone tablets, documents and personal belongings related to the life and work of Mustafa Zadeh’s stand.

Gusha Gala Gabici is the most famous entrance to the ancient city of Baku and is the main gate to it, and it is completely mixed with the walls, and the meaning of its literal name is the double gate, also called sometimes Shamaci Gate, and it is the only gate that consists of two internal and external doors, and includes a very beautiful tower, and it starts From the start of the Fountains Square to the interior where the Tourist Information Center is on one side, a complete bazaar area for foodstuffs and souvenir shops on the other side.
The portal returns to the style of the ancient architectural arches, has been renovated several times, and has responded to numerous attacks by Mughals and others.

The wall of the ancient city of Baku

The wall of the Old City of Baku is similar to the walls surrounding the European old cities, and it is an excellent preserved wall. It is considered one of the distinctive photography sites, and one of the important places of interest in the important Old City in Baku, surrounded by many of the preferred facilities for visitors, such as shops, restaurants and cafes.
The wall contains many Persian and Arabic inscriptions on its gates and other regions, which tell interesting stories about the city and its ancient history.

Saber Baghi Park is located steps away from the ancient Gusha Gala Gabesi Gate. It is considered a haven for the inhabitants of the ancient city of Baku, and a special resting place for its visitors during their tourist tours. It is dedicated to the satirical Azerbaijani poet Mirza Al-Saber. In the year 1922 AD.
Then, in the fifties of the last century, the garden was expanded and renewed, and distinguished facilities were added to it, the most prominent of which is a new and huge statue of the poet in the middle of it.

The 6 best activities in Virgo in Baku Azerbaijan

Top 10 activities in the Bab Al-Hiba Mosque in Baku, Azerbaijan