The 5 most beautiful gardens of Jeddah recommended to visit

The museums in the UAE … and the 9 most beautiful museums

The 5 best hotel apartments in Jeddah by the sea, 2022

The best gifts from your trip to Germany

Armed with an aesthetic, few impressive locations, a mild climate that attracts everyone, in addition to reasonable travel costs, Portugal has become one of the most attractive countries in Europe for tourists from all over the globe. The varied geographical landscape in Portugal, from the northern green mountains to the historic medieval villages in the center to the dazzling beaches in the south, to the enchanting destinations settled on the feet of the Atlantic makes its visit endless ripples of pleasure. So today we will get to know the top 10 tourist places in Portugal, so that your trip combines all the elements of this beauty.

Relaxing the country’s charming capital and the largest city in its uniqueness between the Tagoo River and the Atlantic Ocean, between 7 hills, making it a singing destination characterized by its warm waters, dazzling bridges and colorful suburbs, along with its old stores, gothic cathedrals and a permanent celebration of traditional “fado” music. Alfama is the oldest destination in Lisbon and has beautiful old mansions. The best way to discover Lisbon is by using an old tramway that runs between historical neighborhoods, parks and major attractions.

Lisbon is a city of the sea

Sunny Mediterranean climate, wonderful beaches, towns with special beauty, historical sites, amazing cuisine and reasonable prices! Need more than that to visit Algarve, in the southernmost part of Portugal? Faro is the capital of the Algarve, while Lagos is the most prominent night destination, while Tavira is full of Renaissance sites of bridges, palaces and many others.

Al-Garfi Beach is more than just a beach

A city that summarizes the history of Portugal and is located in the west of the country, especially as it is surrounded by a reinforced wall. Alongside the wall, the stunning palaces of the central peak and historic city center make it a prime destination. Obidos is like an interconnected game of small streets, along with crowded squares, welcoming cafes, beautiful mini-markets and colorful buildings.

This city is located on the feet of mountains of the same name near the coast of Lisbon. It has a magnificent view of the green heights and old royal palaces blending in with modern villas. One of the most famous palaces, Pena, built in the years 1800 and used as a summer retreat for the Portuguese royal family, is surrounded by a group of parks that include tropical trees. Don’t forget to visit the ruins of Moors Palace, which is the highest elevation in the city, as well as the romantic Monserrate Palace that is sunken between its gardens as well.

Read:Tourist places in Asir for families 2022

It is known as the “Atlantic Floating Park” and it really is because it is an oasis between Europe and Africa, and it is known for its green scenery and thriving gardens. A visit to Orchid Garden and the main Laurissilva forest, as well as the largest city in which Funchal is bustling with churches and ancient castles, as well as tourist resorts and restaurants, especially those surrounding the wonderful Lido Promenade overlooking the ocean.

North Porto, with its busy harbor, is famous for the Ribeira, a pedestrianized area along the Douro River with abundant live music, cafes, restaurants, and street vendors. The Ponte Dom Luis bridge constitutes a major tourist façade and is an iron bridge that connects Porto to Vila Nova De Gaia.

Located between the southern Atentejo plains, this town may be small in size but an important tourist attraction. Its history dates back more than 2000 years when it was a prosperous city under Romen rule and today it maintains an ancient section that includes more than 4000 engineering buildings indicating that era, especially the walls and temples. The town also houses the 13th-century Evora Cathedral, one of Portugal’s most important landmarks that highlight Gothic architecture.

A city often called “the Gun of Portugal”, which is similar to the famous italyn city. It has many iconic channels, charming bridges and colorful gondola with speed boats. Historic sites, great beaches and a delicious kitchen all make Aveiro a great tourist destination

The Azores archipelago consists of 9 volcanic islands in the Atlantic Ocean, about 1500 kilometers west of Lisbon. The archipelago is internationally known for its hot mineral waters and its beautiful beach towns. This island has its own tourist identity, San Miguel is the largest of these islands and is famous for the green island, while Pico Island includes the highest mountain in Portugal.

A charming town located along Mondego Beach in the center of the country and is home to many historical sites, flowering gardens and an important cultural center located around one of Europe’s oldest universities. A significant area of ​​the Santa Clara Cathedral is the tomb of Queen Isabelle. The trip to Coimbra is not complete without visiting the University of Coimbra, which includes one of the most beautiful libraries in the world, The Joanina. 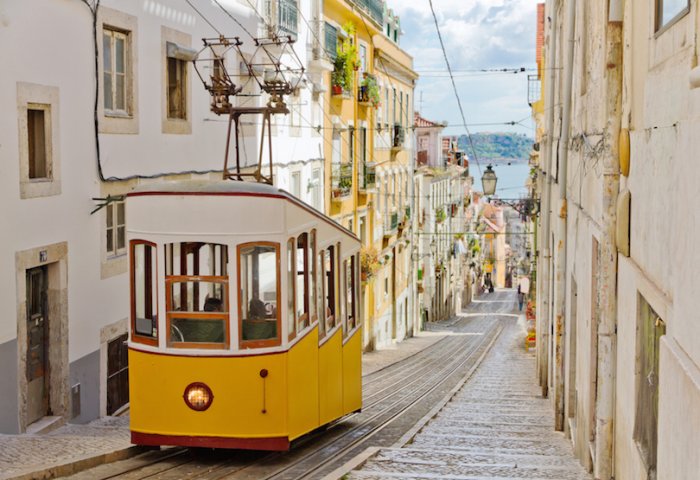 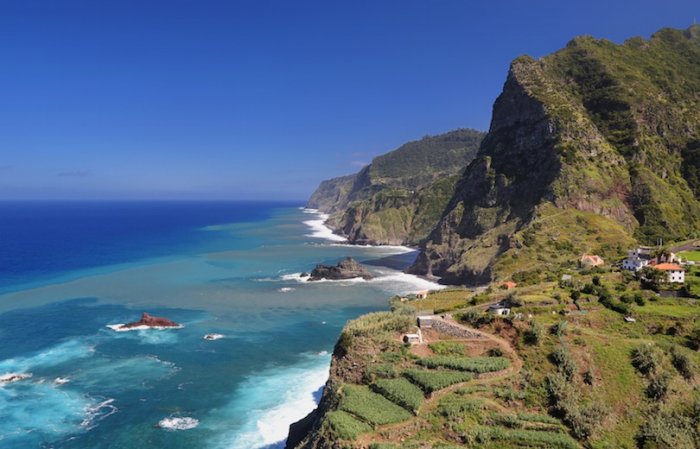 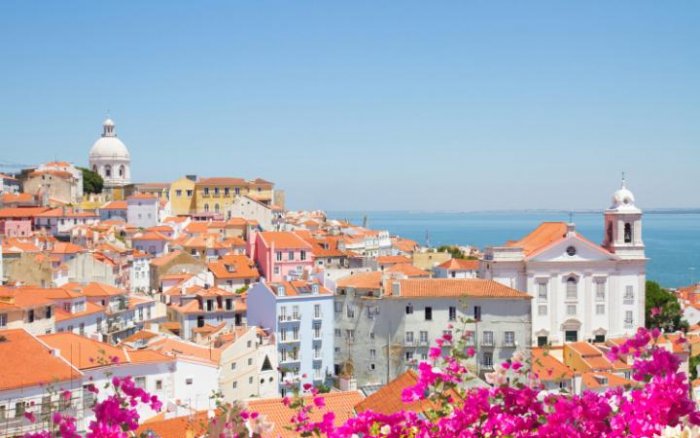 Fun to explore in Portugal 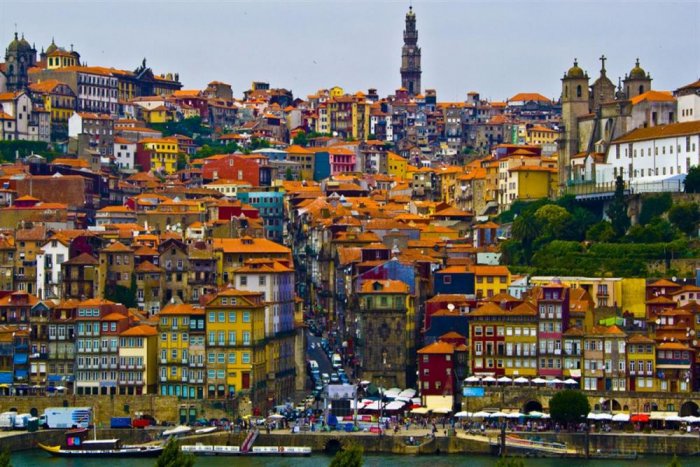 Another scene from Porto 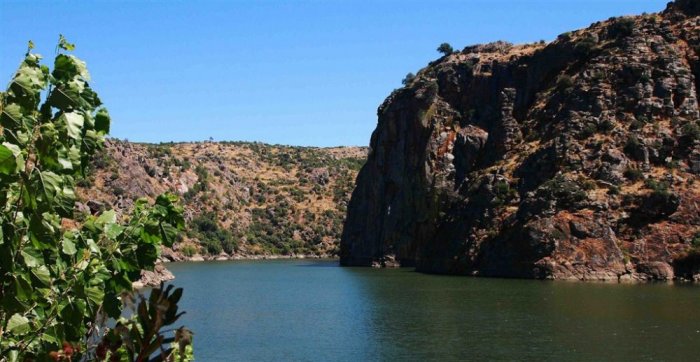 From the Douro River 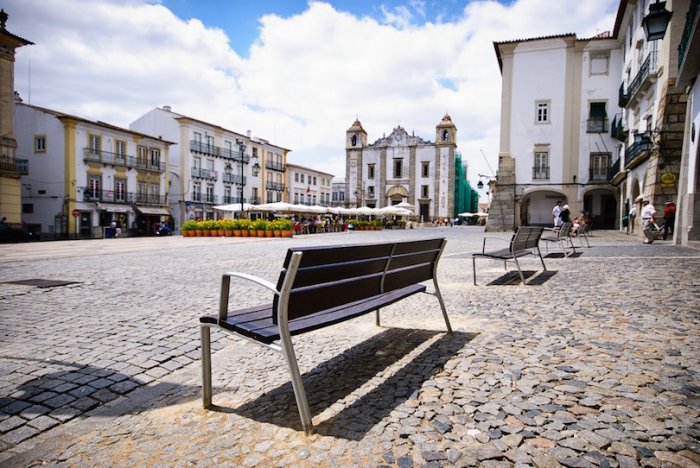 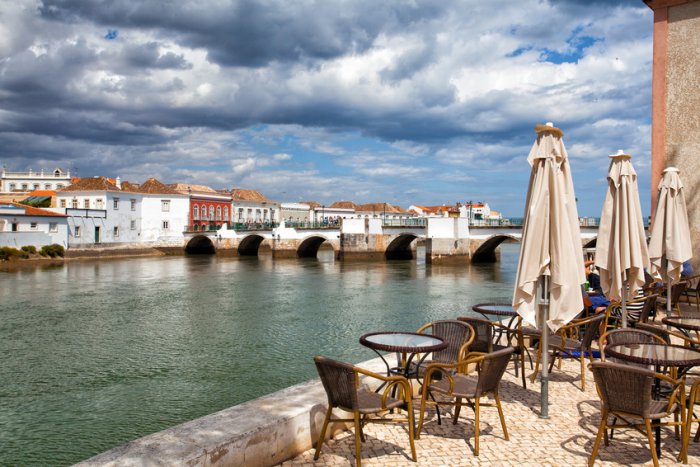 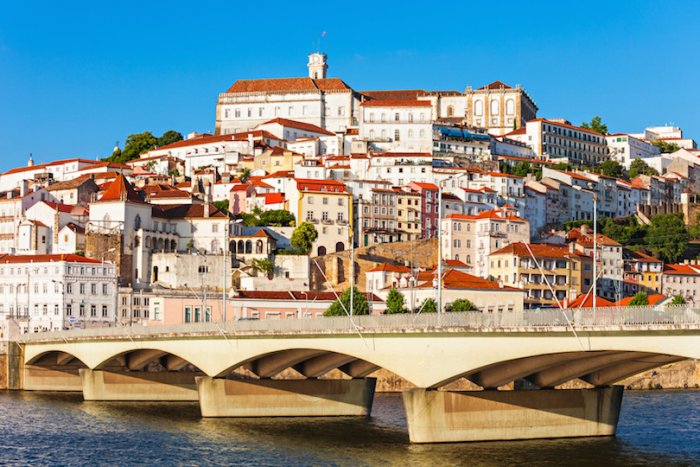 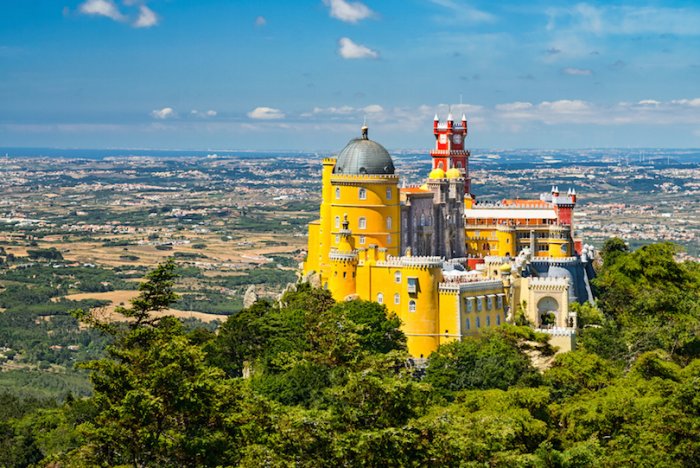 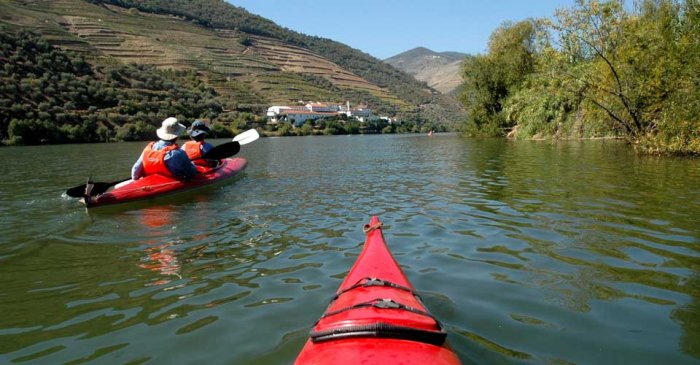 Kayak in the Douro River 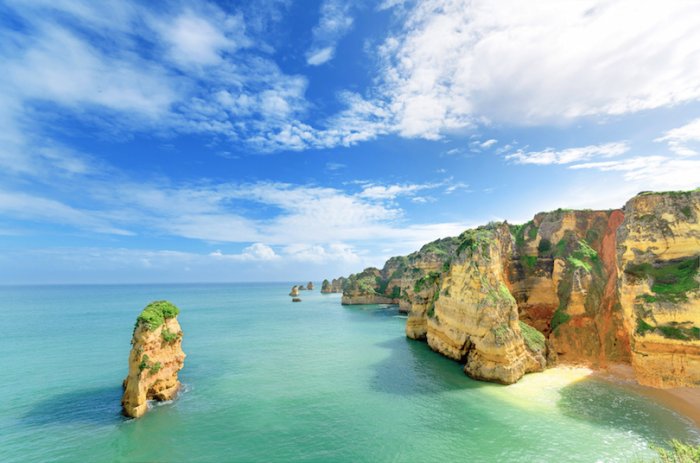 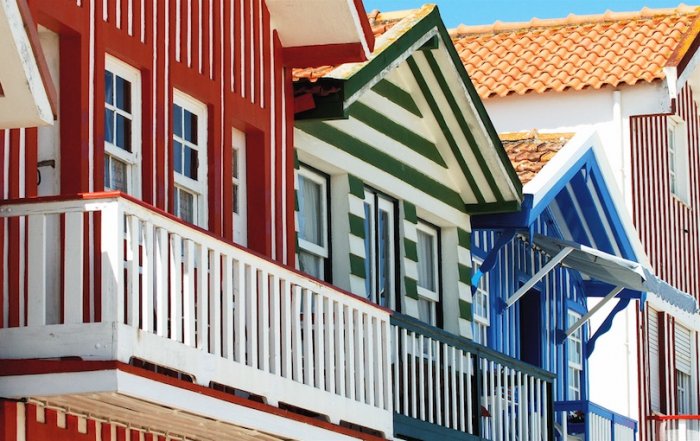 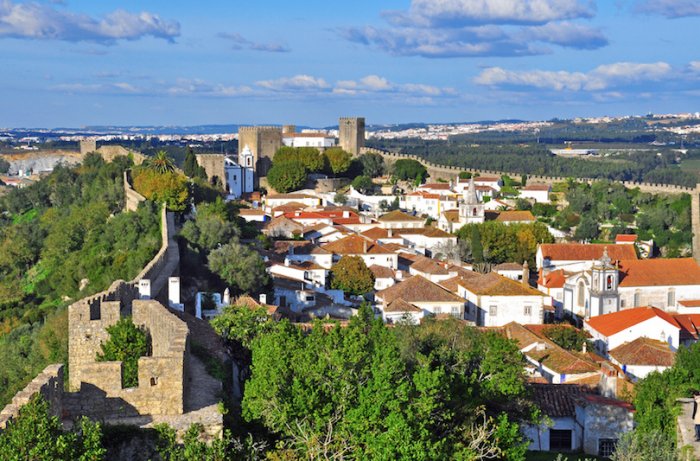 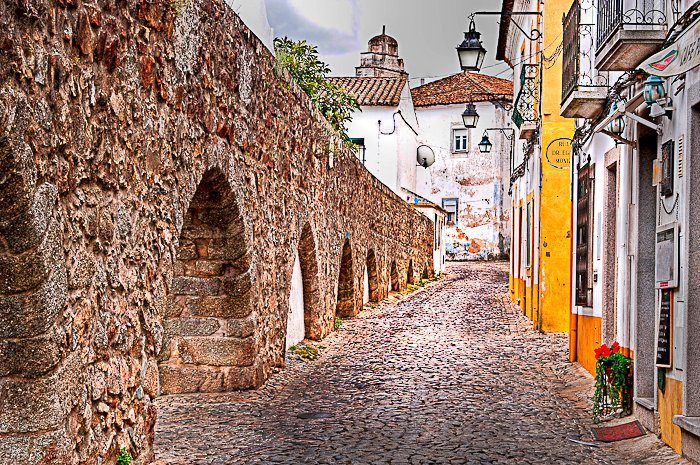 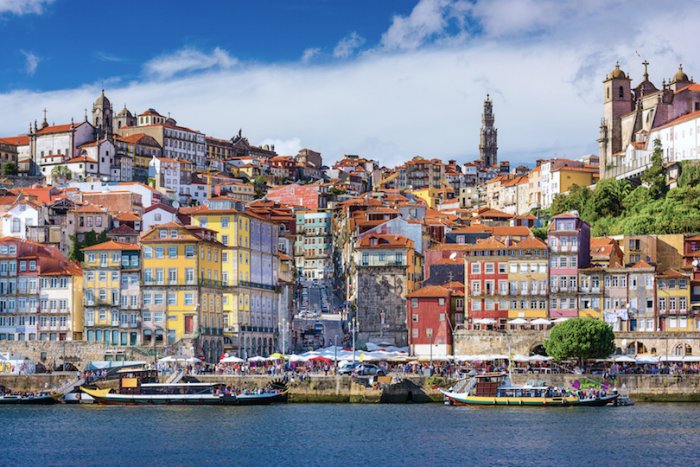 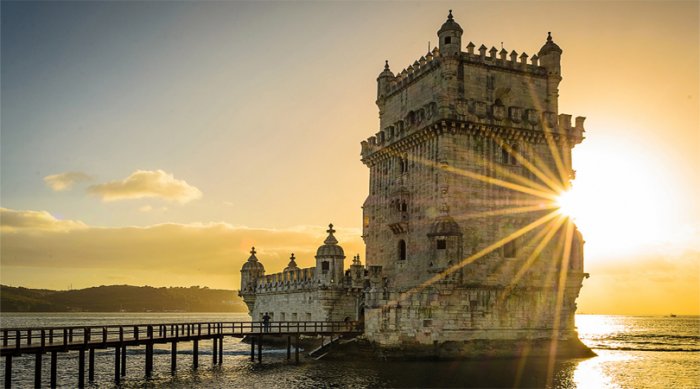 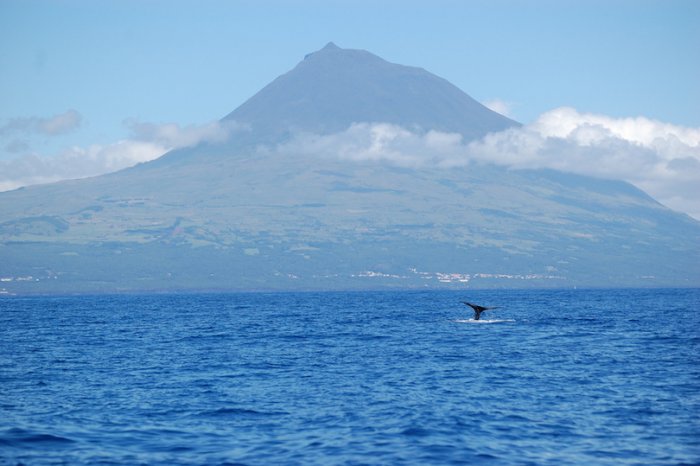 The archipelago of Azores

The best activities to enjoy your vacation in Sardinia

The best 3 activities when visiting Al-Siq in Petra, Jordan

The best 4 of experienced Penang restaurants