The 10 most beautiful tourist attractions when traveling to Japan

Al-Yayan is considered one of the most wonderful tourist countries in which great landmarks, cities and destinations meet, worthy of a visit, so that whoever wants to visit Japan is confused as to where to go or what landmarks to see. And to help you in this mission “she” today, she will present to you the 10 most beautiful tourist attractions when traveling to Japan that summarize the beauty of this country and bring together civilization, modernity, heritage and culture in the land of the sun that is not absent.

We start from the capital Tokyo with “Sky Tree” or the sky tree in Arabic is the amazing architecture and design that contains a large shopping center at its base with 5 floors of shops and restaurants. The tower contains two floors for viewing with lots of access to iconic images of the capital.

If you want to choose one of the many important Japanese temples in the country’s culture, the Kiyomizu-dera Temple in Quito is the most popular temple and one of the constants rooted in the minds of the people of Japan, with its balcony that stands out from the side of a mountain supported by wooden columns rising to about 13 meters up. There are many other buildings that are described as “national treasures” that fill the surrounding lands, as well as waterfalls and famous landmarks that have become a popular tradition of the place.

Universal Studios is located in Osaka, and it is one of the four theme parks named after the Universal World. It contains selected attractions from the Orlando International Resort, which is one of the most important tourist destinations in Japan, and the number of visitors each year is approximately 10 million visitors. Universal Studios comprises of 8 divisions such as Hollywood New York San Francisco, Jurassic Park, Water World, Friendship Village and World Wonderland. Outside the park gates is Osaka International City, which includes shopping malls, hotels, restaurants and shops.

This park located in Oryasu Chiba in Japan is among the 10 most beautiful tourist attractions when traveling to Japan, and its number of visitors is estimated at 12 million visitors per year. The park includes 7 sections, namely the Mediterranean, Habur, America, Waterfront, Delta, Al-Dayaa River, Port Discovery, Mermaid, Lagoon, the Arabian coast, and the mysterious island, which is full of sure pleasure.

Mount Fuji is located on Honshu Island, which is the highest in the country. The exceptional mountain volcano cone is a well-known symbol of Japan, often described in art and photographs, as well as a popular tourist attraction for hikers and climbers. It is classified from the UNESCO world sites.

Himeji Castle is the largest in Japan

Himeji Castle is the largest and most visited castle and is an example of the complex hilltops in Himeji in Hyogo Prefecture. The castle is a high-end surviving example of Japanese castle architecture, which includes a network of 83 buildings with advanced defense systems from the feudal period. Reflecting the impressive design, the castle has survived the bomb attacks on World War II, and often appears in foreign and domestic films.

Ishigaki is located to the west of Okinawa, is the leading beach destination in Japan, and a good base for exploring other islands in the Yama Archipelago. Thanks to the best beaches in Japan, they are especially popular with families since the beaches in Fusaki and Mezzato are incredibly distinct. Ishigaki is located 1,250 miles south of Tokyo, and may not be famous for the shrines and temples that adorn other Japanese cities, but enjoy a lively life and water sports with opportunities to climb Mount Nosuku.

The Imperial Palace in Tokyo works as a management center and museum for displaying Japanese art and history, as it is located on the ruins of ancient castles that were destroyed by fire or war, and is currently a model for integrating design elements from different eras into this modern palace surrounded by traditional Japanese gardens, with many reception rooms to receive Guests and the audience are welcome.

The Tokyo Tower is a Japanese example of the progress of technology and modern life. Its design was inspired by the Eiffel Tower, which is the second tallest man-made structure in Japan and works as a communications and observation tower. Here visitors can climb the tower to enjoy unparalleled views of Tokyo and its surrounding areas, as well It is about visiting many shops and restaurants with beautiful views.

Jigokodane Park is an area of ​​Japanese hot springs near Nagano, surrounded by steep slopes and heavily cold forests, and is famous for a large number of wild monkeys that go to the hot valley during the winter when snow covers the garden to enjoy the warmth and then return in the evening to the forests, and you can in this place Which is among the most important landmarks of Japan to take the most beautiful memorial photos with these wonderful monkeys. 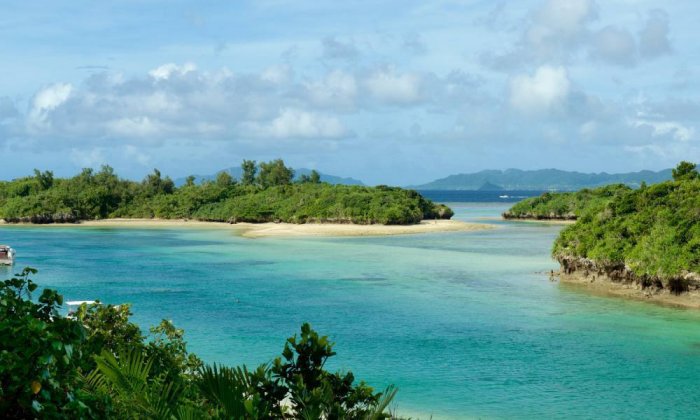 From the beaches of Ishigaki 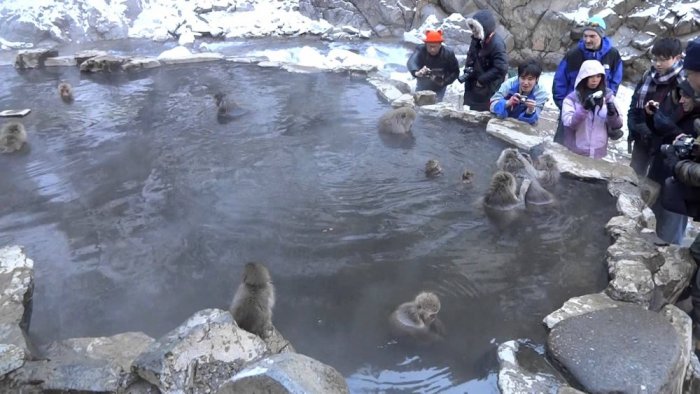 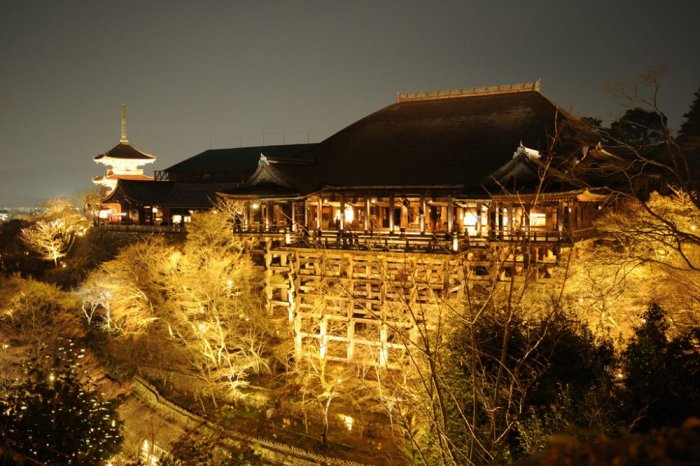 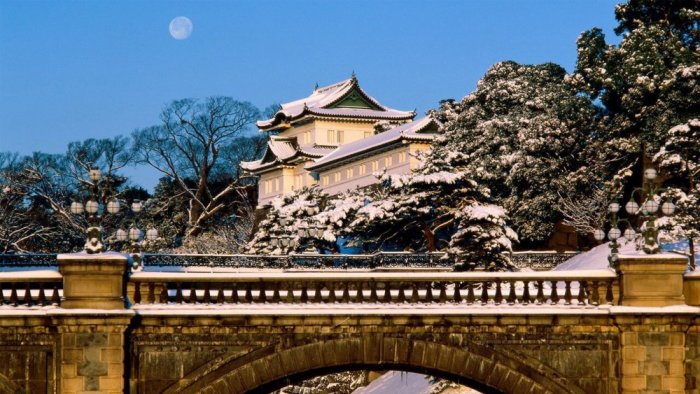 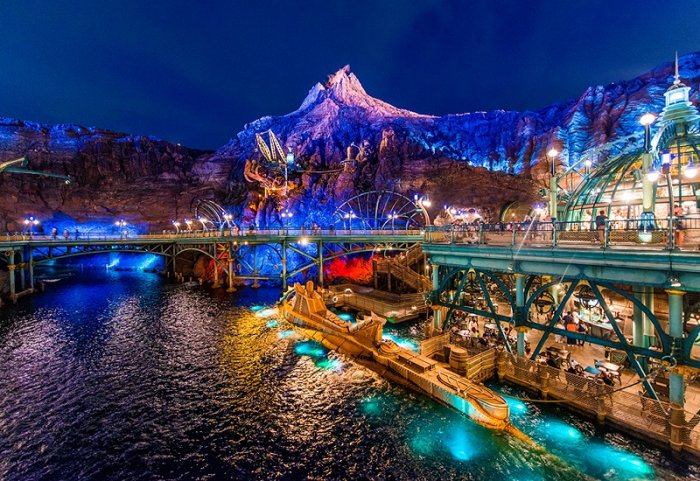 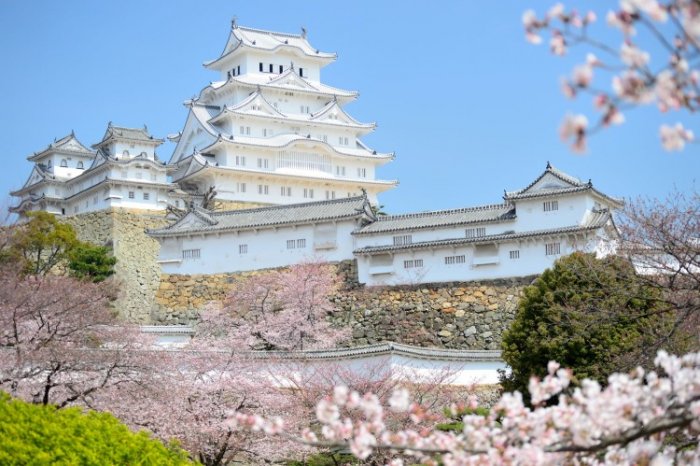 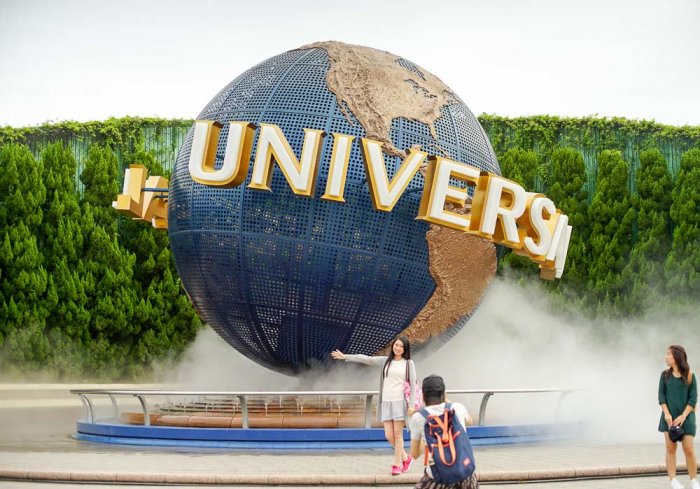 From Universal Studios in Japan 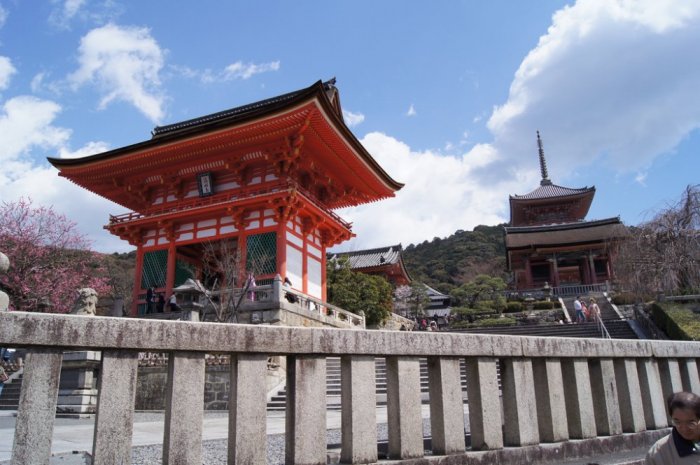 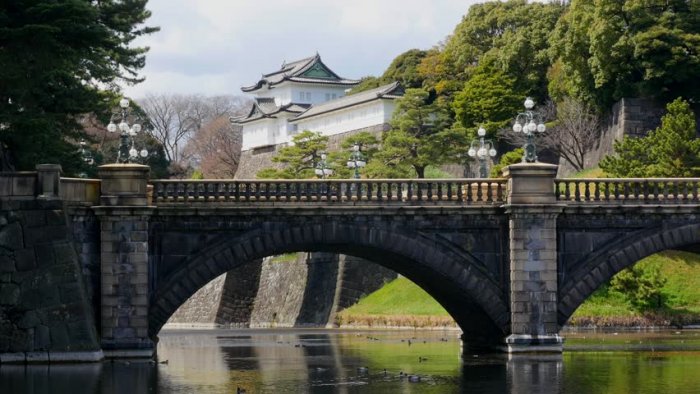 From the vicinity of the Imperial Palace 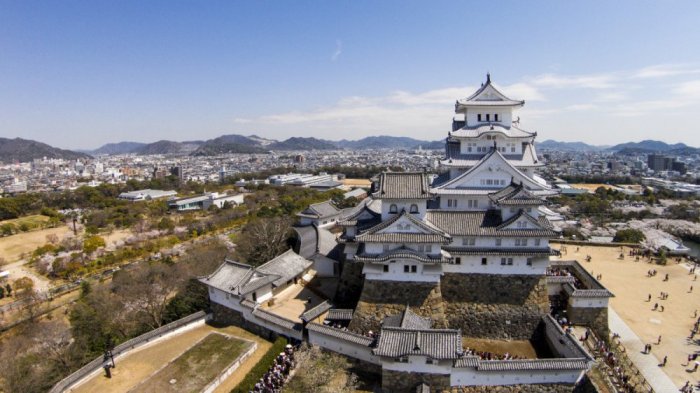 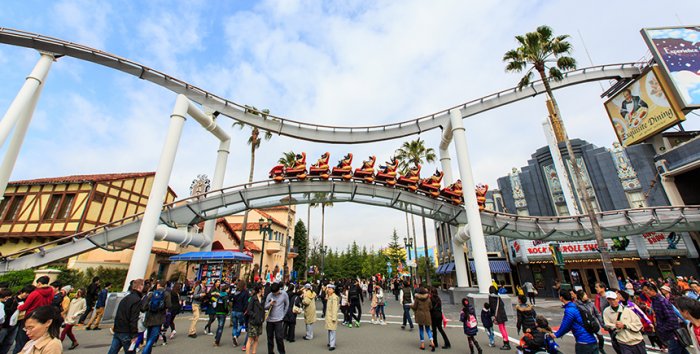 A world of entertainment at Universal Studios 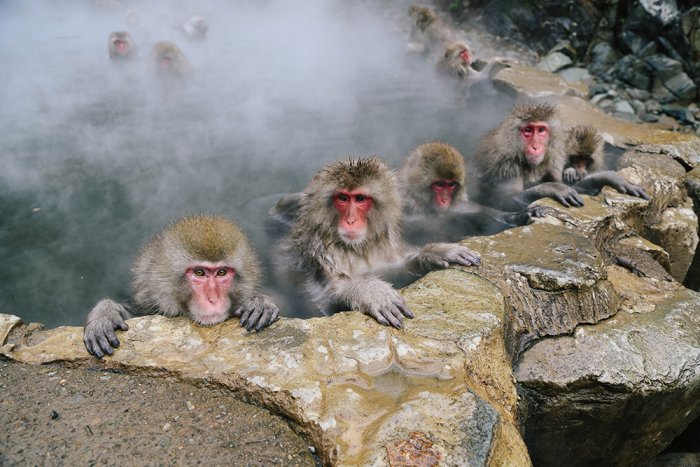 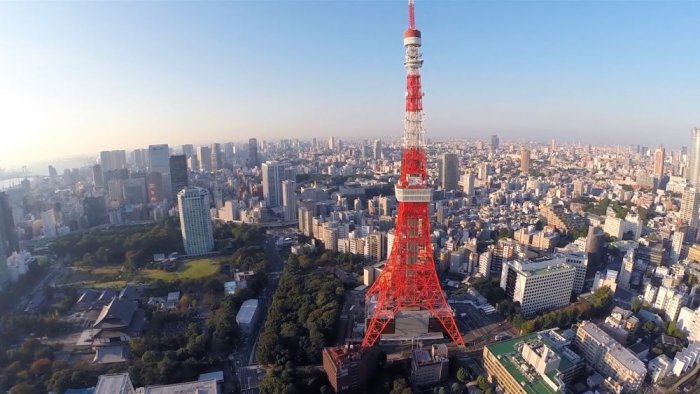 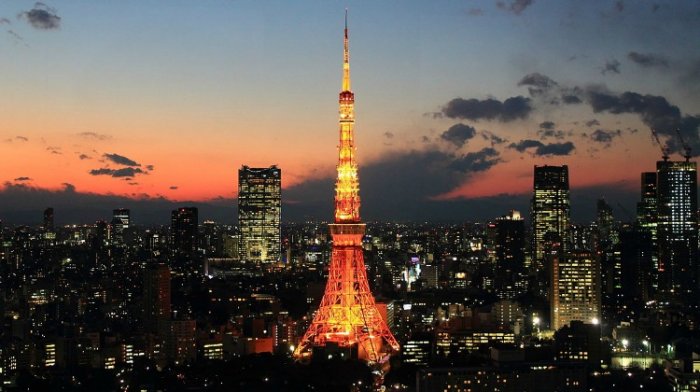 A trip to Mount Fuji 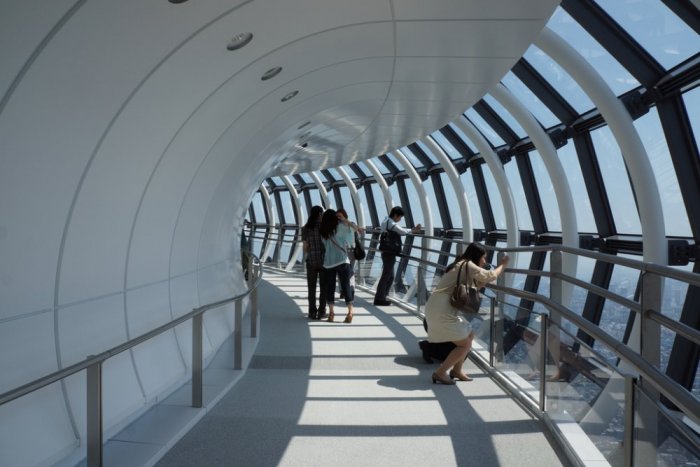 Scary Tree from the inside 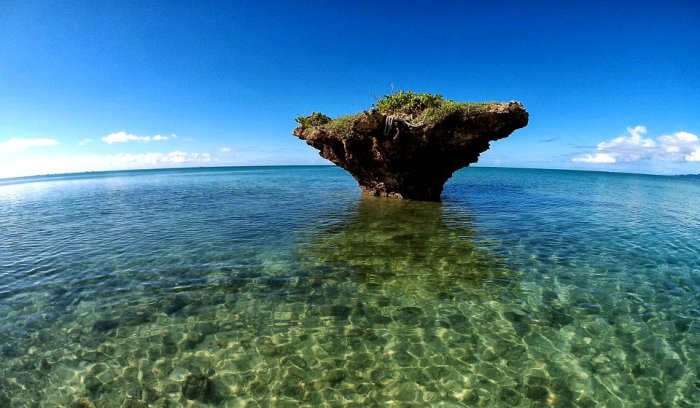 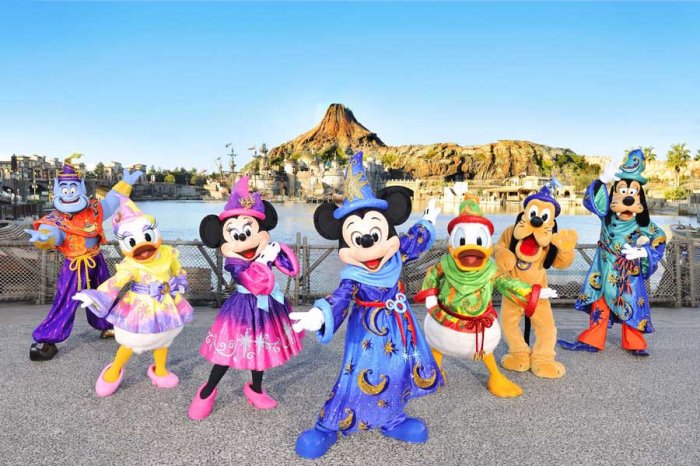 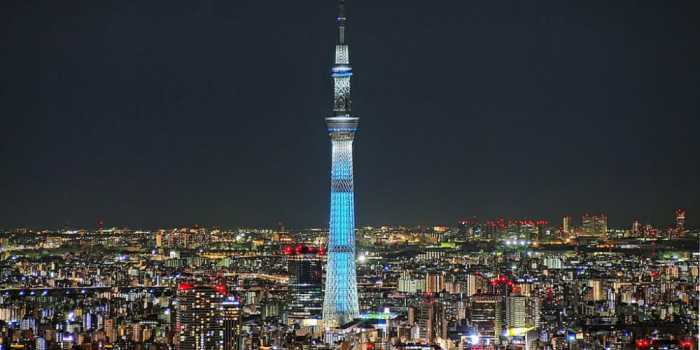