The Muhammad Pasha Kosky Mosque was built in 1617 in the city of Mostar, Bosnia and Herzegovina, near the Neretva River, and is considered one of the most important places of tourism in Mostar
The mosque overlooks the old bridge and is considered one of the most impressive views of the city of Mostar
The Mosque of Muhammed Pasha is the only mosque in Mostar that preserved its original colors, its decoration, its dome and its colorful windows.

• You can start wandering around the mosque, see its magnificent views, and take some memorial photos. 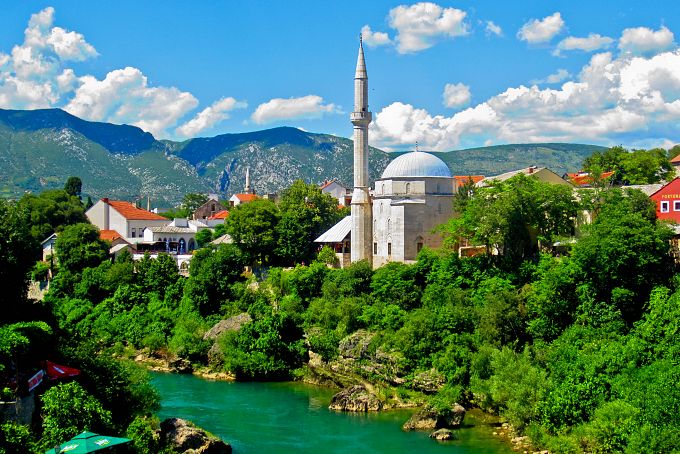 • Then you can enter the mosque and see the art of building it, its decoration and its colorful windows, in addition to the fountain located in the mosque square. 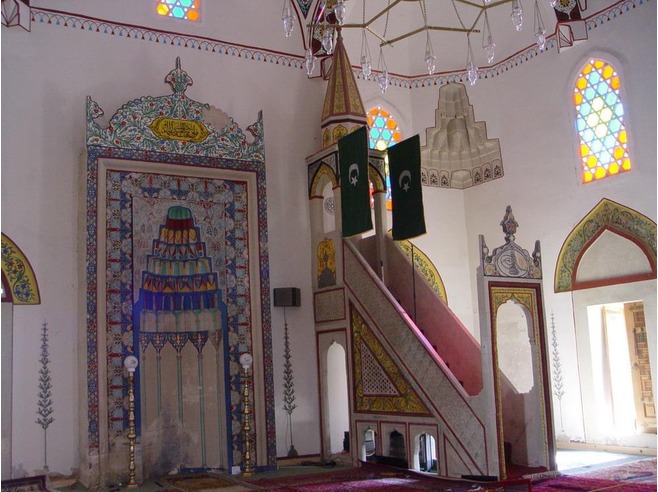 • After completing touring the mosque, you can visit the shops located beside it, as you can buy the best souvenirs for your friends or relatives, as the adjacent market includes many antiques, clothes and traditional local accessories.

The 4-star Almira hotel, with an excellent rating among the best Mostar hotels, is less than 10 minutes’ walk from the mosque.
Summary of Arab visitor ratings
The hotel received great reviews on location, hygiene, staff, and services.

The 4-star Eden Hotel, with an excellent rating among the best Mostar hotels, is less than 5 minutes’ walk from the mosque.
Summary of Arab visitor ratings
The hotel got excellent reviews in all respects.

The best 4 places to visit in Mostar